Another challenge this weekend at : Cinema at home, in the family, with Japanese series.
So, since yesterday, with great pleasure, we started watching the Japanese series
" The Emperor’s Cook " / 2015, a series which, to our disappointment , like many other excellent Japanese series and films, is missing on Viki …

The Emperor's Cook (Japanese: 天皇の料理番, Hepburn: Tennō no Ryōriban) is a 2015 Japanese television drama based on the novel Tennō no Ryōriban by Hisahide Sugimori, depicting the life of imperial cook Tokuzō Akiyama. It premiered on TBS on 26 April 2015, starring Takeru Satoh in the lead role. The 1st episode is 108 minutes, 2nd, 3rd, and 6th episodes are 64 minutes long. The series was well received by the public, earning the highest viewership rating in its time slot during its run time.[5 Tokuzō A... 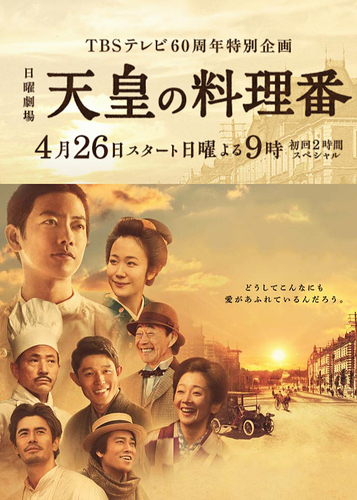 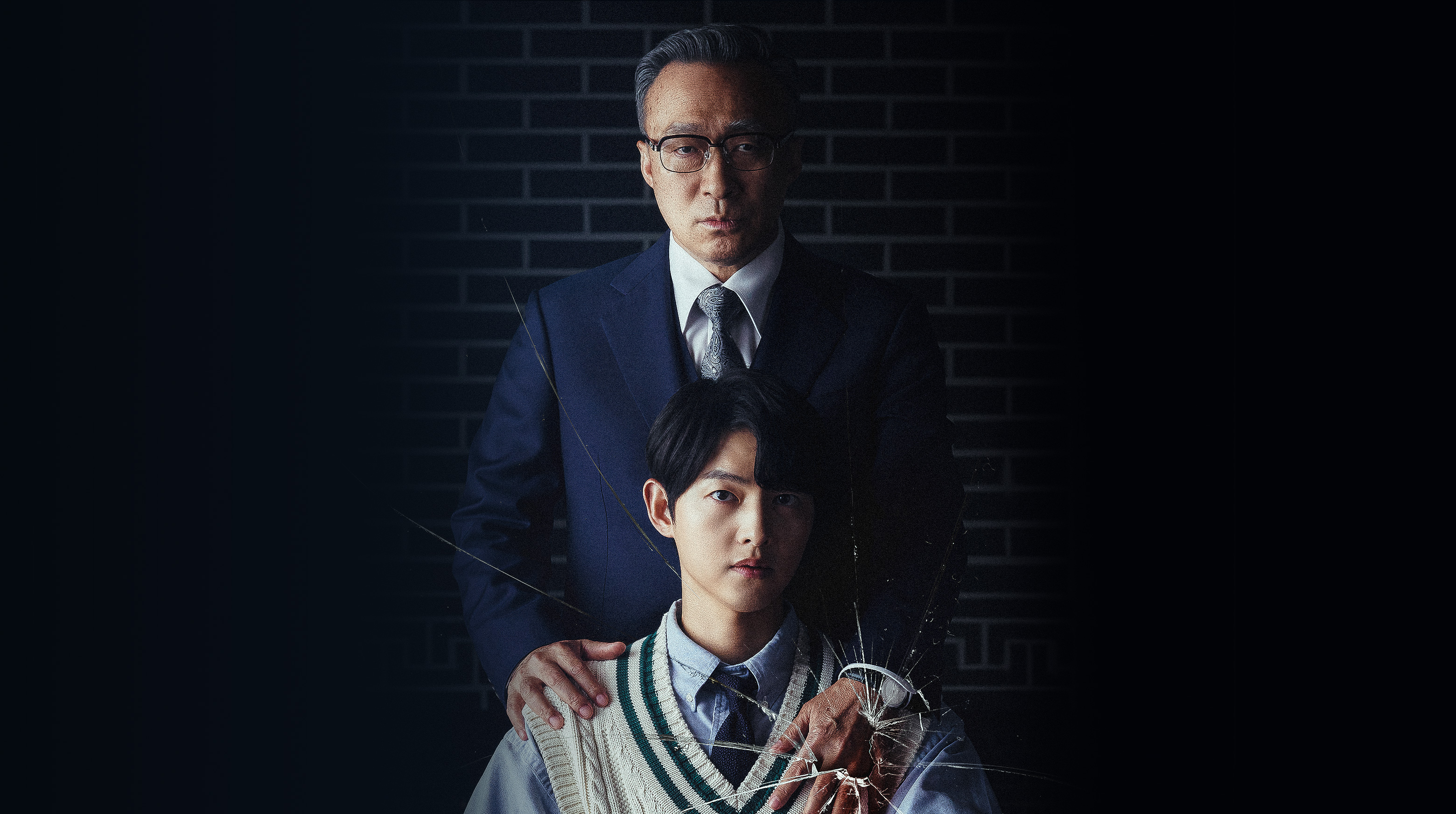 Yoon Hyun Woo (Song Joong Ki) is a devoted, hard-working, and loyal secretary to the Jin family, which runs the lucrative Sunyang Group business empire. But one day, he is ruthlessly betrayed by the family, who frame him for embezzlement. He dies...

and a slight copy of

https://www.viki.com/videos/1193112v first time I am watching this, first episode good too

. two different deaths but so almost like each other [spoiler]r. one shot[/spoiler] and the other thrown over banister I sure dont want to bea spoiler here! they both are a good watch

would love to find that emperors cook, some of those Pirate ones , bet have it!

I watched “The Big Valley” from 7th grade through my Junior year in high school. Reruns are still on TV and I catch an episode every now and then when my husband watches. Thanks so much for sharing.

Oh my! So glad Viki made this available. I remember watching it in 2008 (can’t believe it’s been 14 years). Such a unique story with a great cast too. I hope you enjoy watching.
Kim Myung-min is a fabulous actor. Have you seen “Law School” (2021)? It’s available on Viki.
Also, hope Viki can bring us Jang Keun-suk’s upcoming drama.
https://asianwiki.com/Chronicles_of_Crime (2023)

Anyone else in love with Jang Geun Suk?

Yes! I was pleased to read about his upcoming drama. 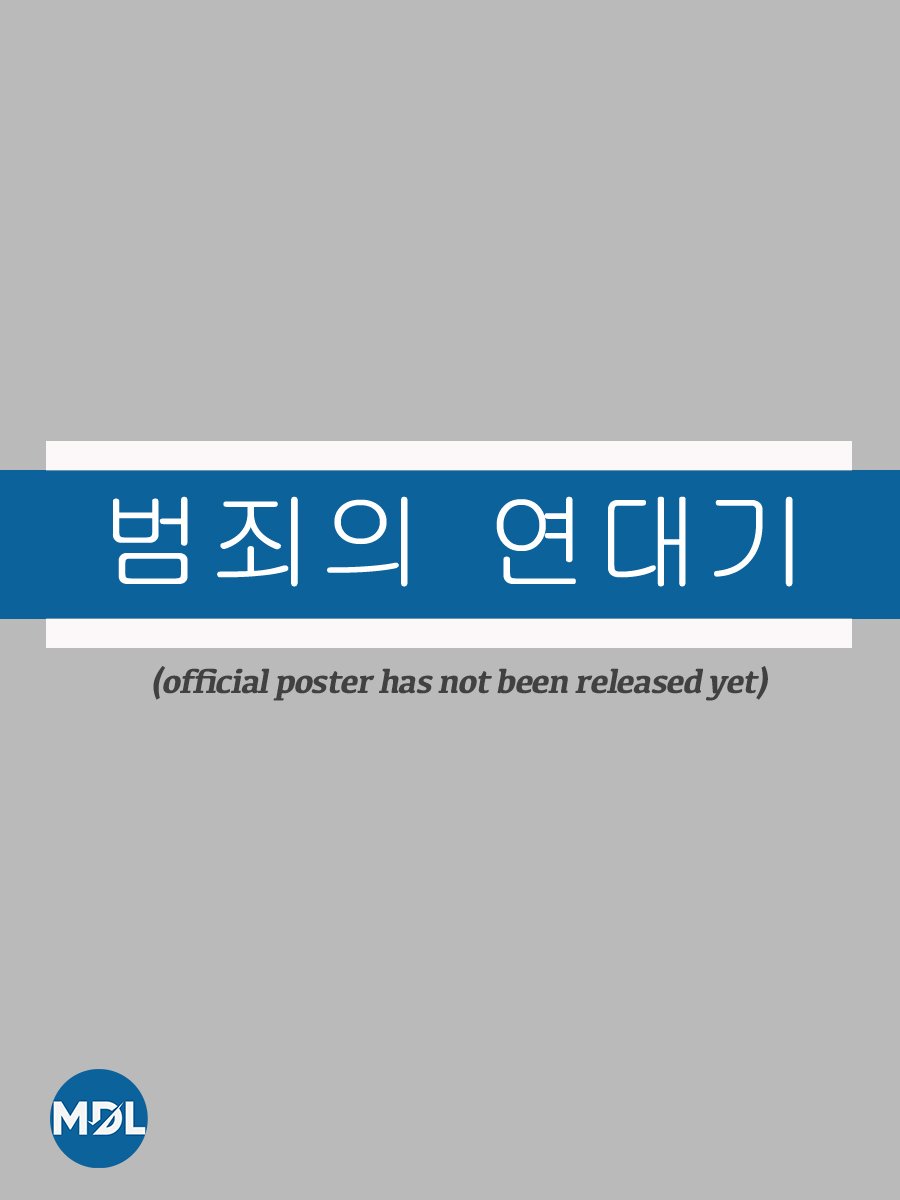 A story that digs into the truth of past unsolved cases through the heinous current events. It is predicting the birth of a more realistic and new crime... 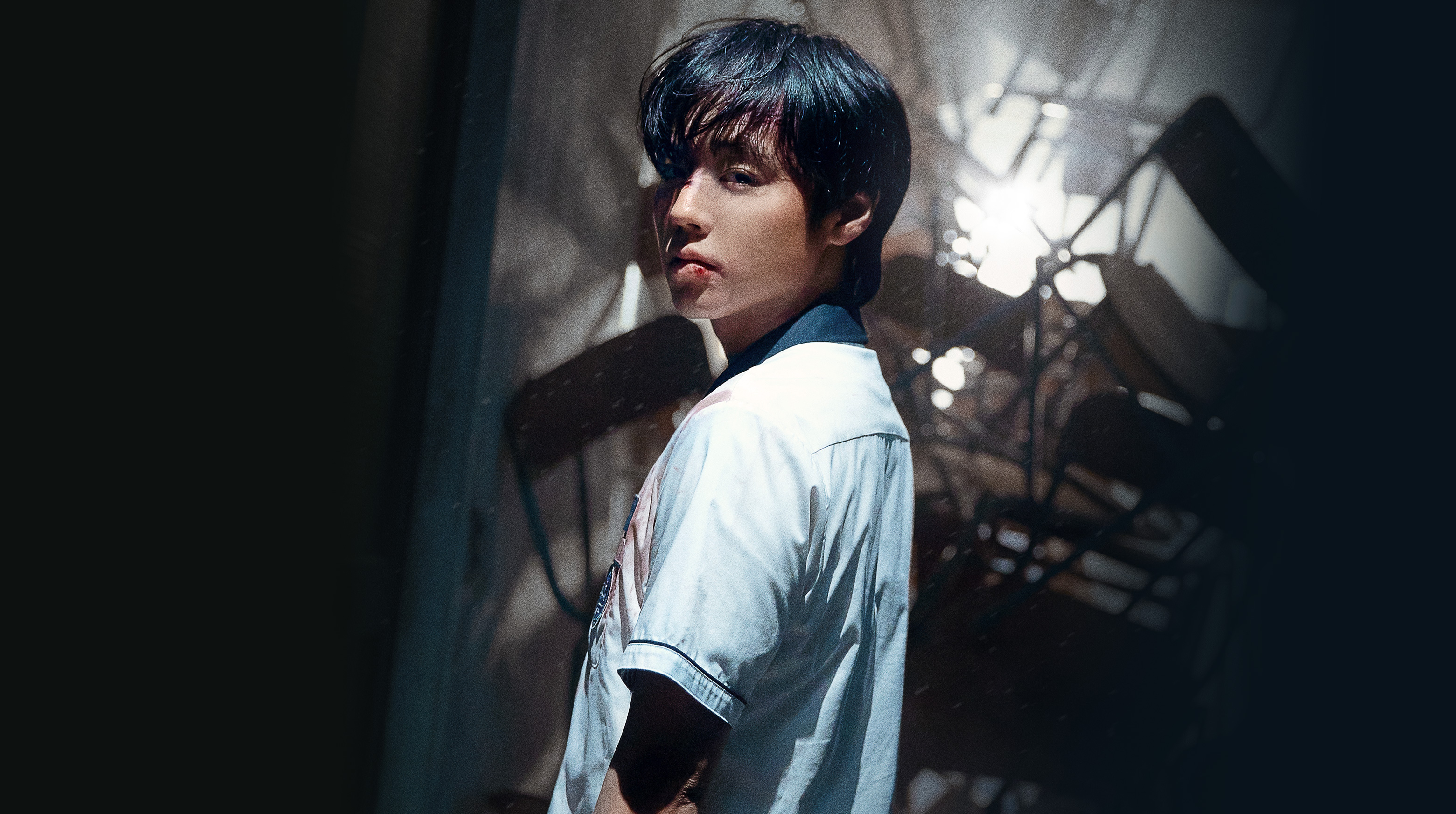 Si Eun has no interest other than studying. When someone provokes him, he does not shy away from the fight that comes in his way. He has been smartly protecting himself by making quick decisions and made good use of his surroundings. However, he is...

On the violent side (rated R) but very well done.

Again, I propose TV series that Viki does not have, good series, worth watching…

it’s not ”woooow ”, but it sure catches you… Touch (Korean: 터치; RR: Teochi) is a 2020 South Korean television series starring Joo Sang-wook and Kim Bo-ra. It aired on Channel A from January 3 to February 22, 2020. A romantic comedy and beauty drama, where a makeup artist, who has become unemployed after failing to become an idol trainee, finds a new dream. In this table, the blue numbers represent the lowest ratings and the red numbers represent the highest ratings. One Dollar Lawyer (Korean: 천원짜리 변호사) is a South Korean television series starring Namkoong Min and Kim Ji-eun. Its screenplay, written by Choi Su-jin and Choi Chang-hwan, won the Grand Prize at 2015 SBS Screenplay Contest. It aired on SBS TV from September 23, to November 11, 2022 and airing every Friday and Saturday at 22:00 for 12 episodes (KST). The series depicts the story of a lawyer who has the best skills but only charges 1000 won as his attorney's fee. The series planned and produced ... Doctor Prisoner (Korean: 닥터 프리즈너; RR: Dagteo Peulijeuneo) is a 2019 South Korean television series starring Namkoong Min, Kwon Nara, and Kim Byung-chul. It aired on KBS2's Wednesdays and Thursdays at 22:00 (KST) from March 20 to May 15, 2019. A skilled doctor is forced to quit working at a hospital after being accused of medical malpractice. He starts working in a prison with the goal of acquiring enough connections to take his revenge. The first script reading took place in January 2019 at KBS...

The series was not available on Viki - in my region, but I found it elsewhere and I really liked it.
Thank you !

If you have NF, I would highly suggest you watch First Love, a Japanese drama. It is soooo good! It is a 9 episode series; the end of episode 8 just about killed me. It also features a beautiful song by Hikaru Utada (First Love). It was one of the best Japanese dramas I’ve ever watched.

I wasn’t sure I’d like “She and her Perfect Husband” after the first few episodes, but it keeps getting better and better. Now almost midway through the drama (i think), I’m definitely hanging on every episode. It’s really refreshing and shows a feminist perspective and a FL who deals with the unfair, sexist work environment in her industry, sometimes with a web of lies about her personal life, sometimes by directly confronting some of her coworkers’ sexist statements.

The relationship develops nicely between the leads and the ML is just a great character. He’s not the tsundere chaebol type at ALL, he has some stuff going on that makes him not “husband material” on paper, but they’re great together. One of the things I love about a good Chinese drama is leads who complement and help each other achieve their life goals together. I don’t find her in-laws’ relationships very interesting, but I really enjoy the subplot of her ex and his gf.

I recently finished Healer for the first time (how did I miss this one previously!? Definitely in my top 5 dramas of all time, it’s fantastic) and needed something to get me out of my drama hangover. “She & Her Perfect Husband” and “Love is for Suckers” have been doing the trick.

I love your post, so full of life, and enthusiasm!

So that’s what it’s called, neat! Thanks!

You’ve hit the nail on the head for the dramas mentioned. I too am enjoying S&HPH. I’ve long enjoyed Healer, and would probably get a kick out of a re-watch.

I’ll add the last mentioned, LIFS to my watch/follow list. Thanks Again! 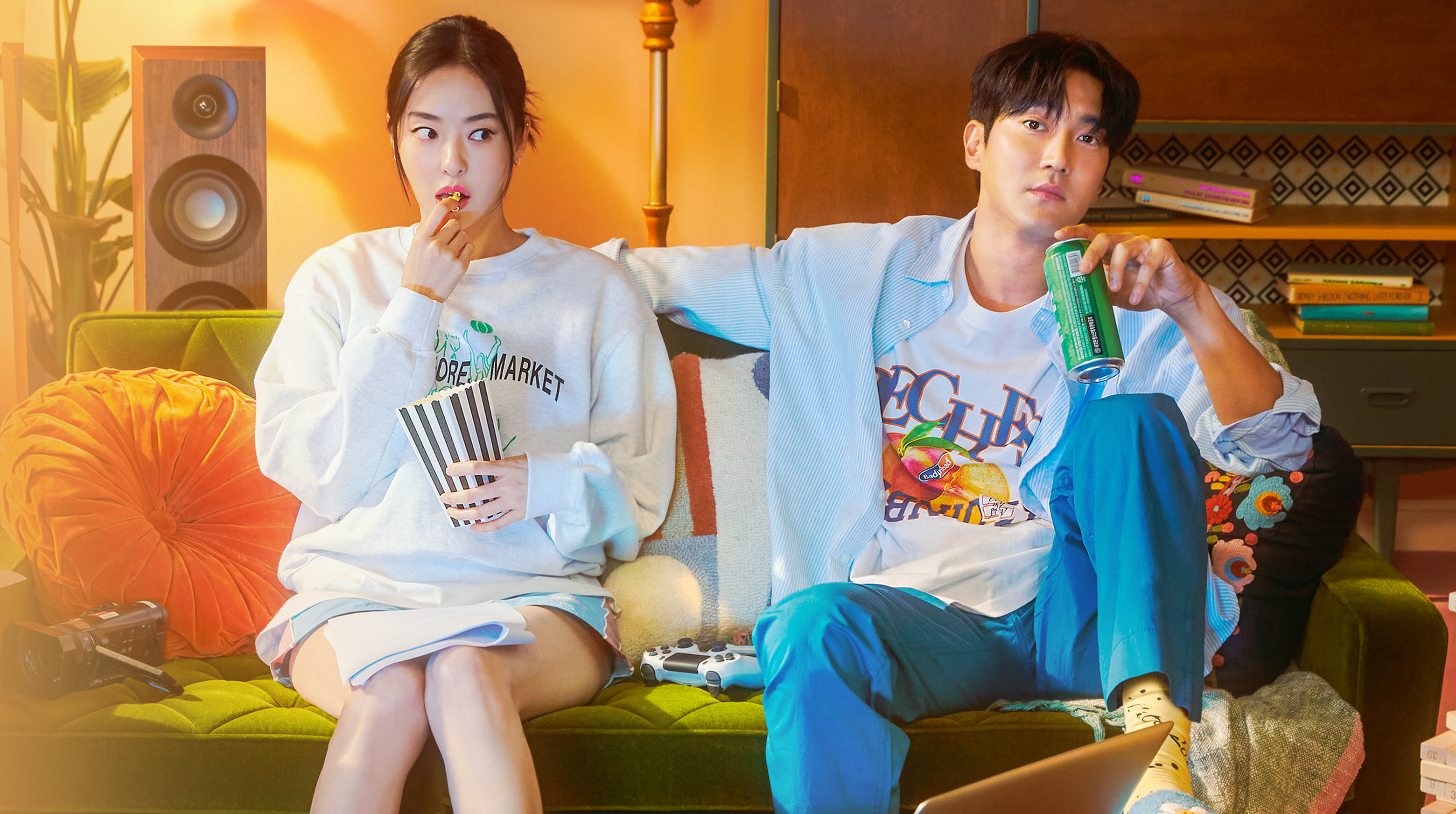 Goo Yeo Reum (Lee Da Hee) is a television producer who is in the 10th year of her professional career. Even though she works harder than most producers, the shows she makes all seem to flop. She has now been selected to produce a new dating-themed...

I dropped this drama… either it was too slow or too silly, I gave halfway up…

I have lately so little time to watch at night. I can’t keep up with the episodes. Currently watching:
- Reborn Rich
- She and Her Perfect Husband

And just started this with Luo Jin

, the first episodes of the flood reminded me Titanic… the floods of Yellow River have been catastrophic since so many centuries… River goes where it wants to… you can’t really force it. 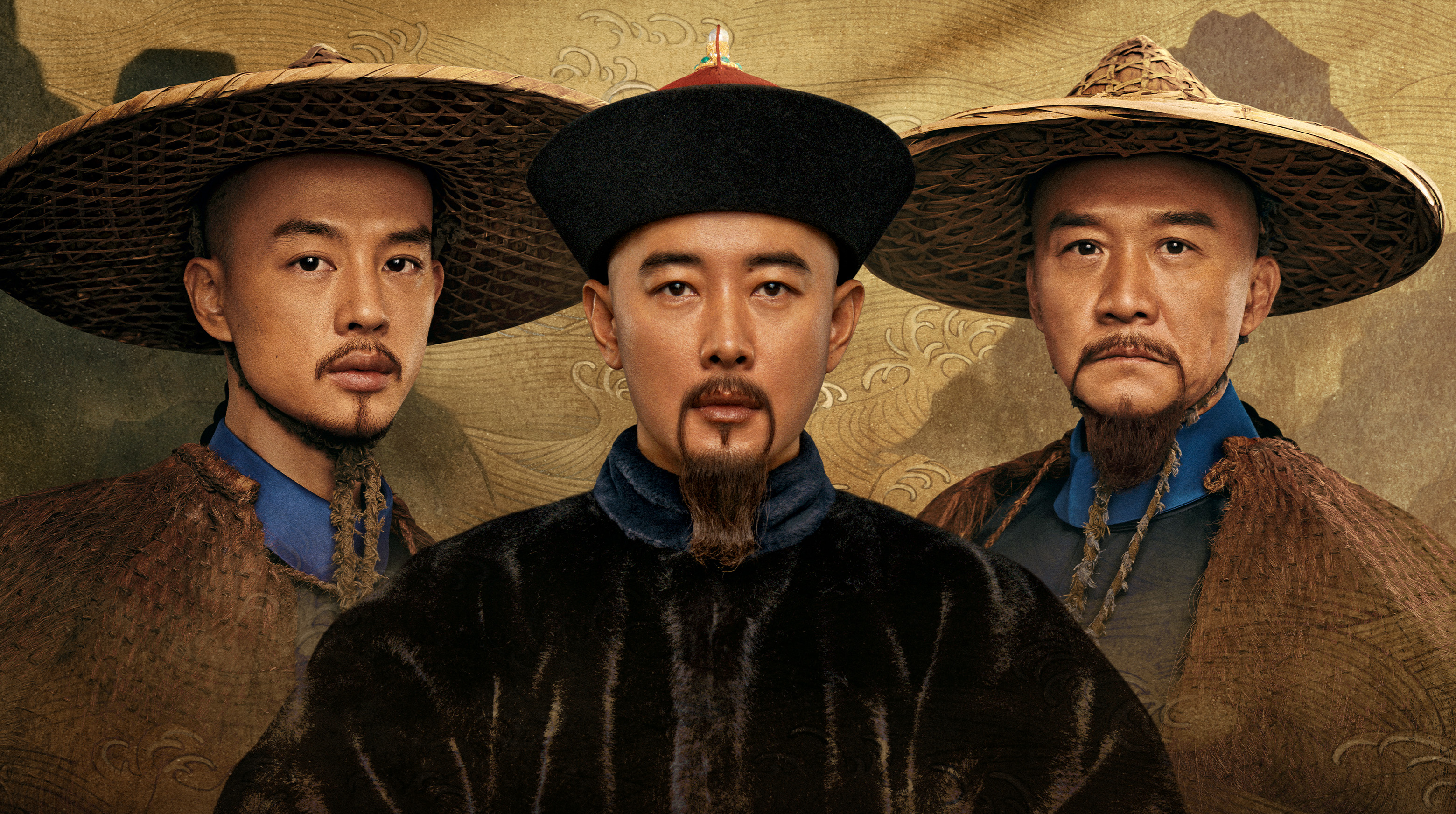 In the fifteenth year of his reign, Emperor Kang Xi (Luo Jin) was forced to overcome the greatest challenge of his young life when his empire was nearly washed away by the raging current of the Yellow River. Having recently experienced a bout of...


and the this will be on my rewatch list: 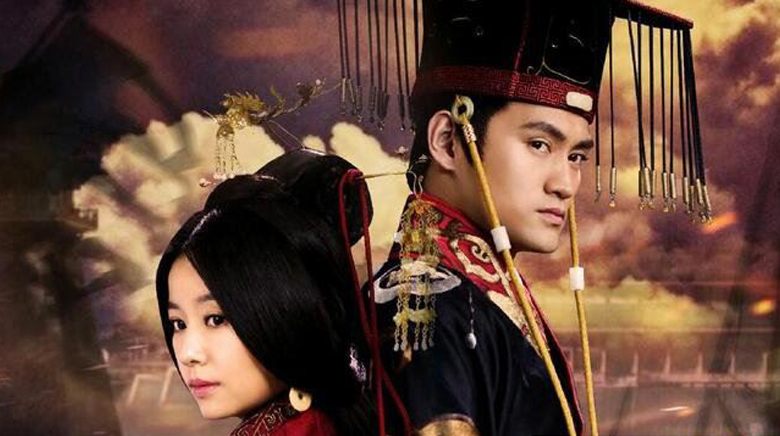 Singing All Along | Mainland China | Drama | Watch with English Subtitles &...

It was a time of great turmoil in 1st-century imperial China. Liu Xiu (Yuan Hong) and his brother Liu Yan (Zong Feng Yan) are peasant brothers but realize their higher calling to lead the rebel forces who want to overthrow the oppressive Xin Empire...

I dropped this drama

Yoon Hyun Woo (Song Joong Ki) is a devoted, hard-working, and loyal secretary to the Jin family, which runs the lucrative Soonyang Group business empire. But one day, he is ruthlessly betrayed by the family, who frame him for embezzlement. He dies...

River goes where it wants to… you can’t really force it.

I loved it so too!

Even after watching it so many, many years ago, with one look at the Cover, I can remember the details of this drama. 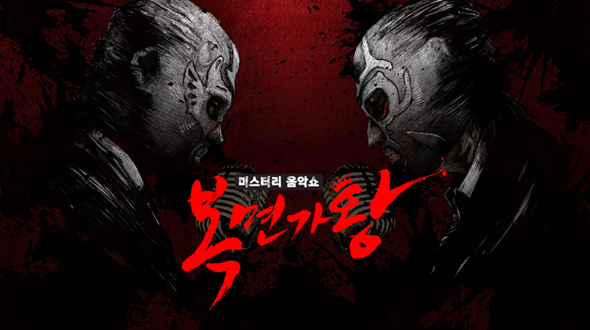 The masked singers turn the competition into a concert with their wonderful voices. Panelists have a hard time voting for only one masked singer to compete with the current masked queen, Baby Goat. Can Baby Goat keep her throne? Stay tuned to find...

Finished “A Dream of Splendor” on Friday night. It was a delightful watch for me. 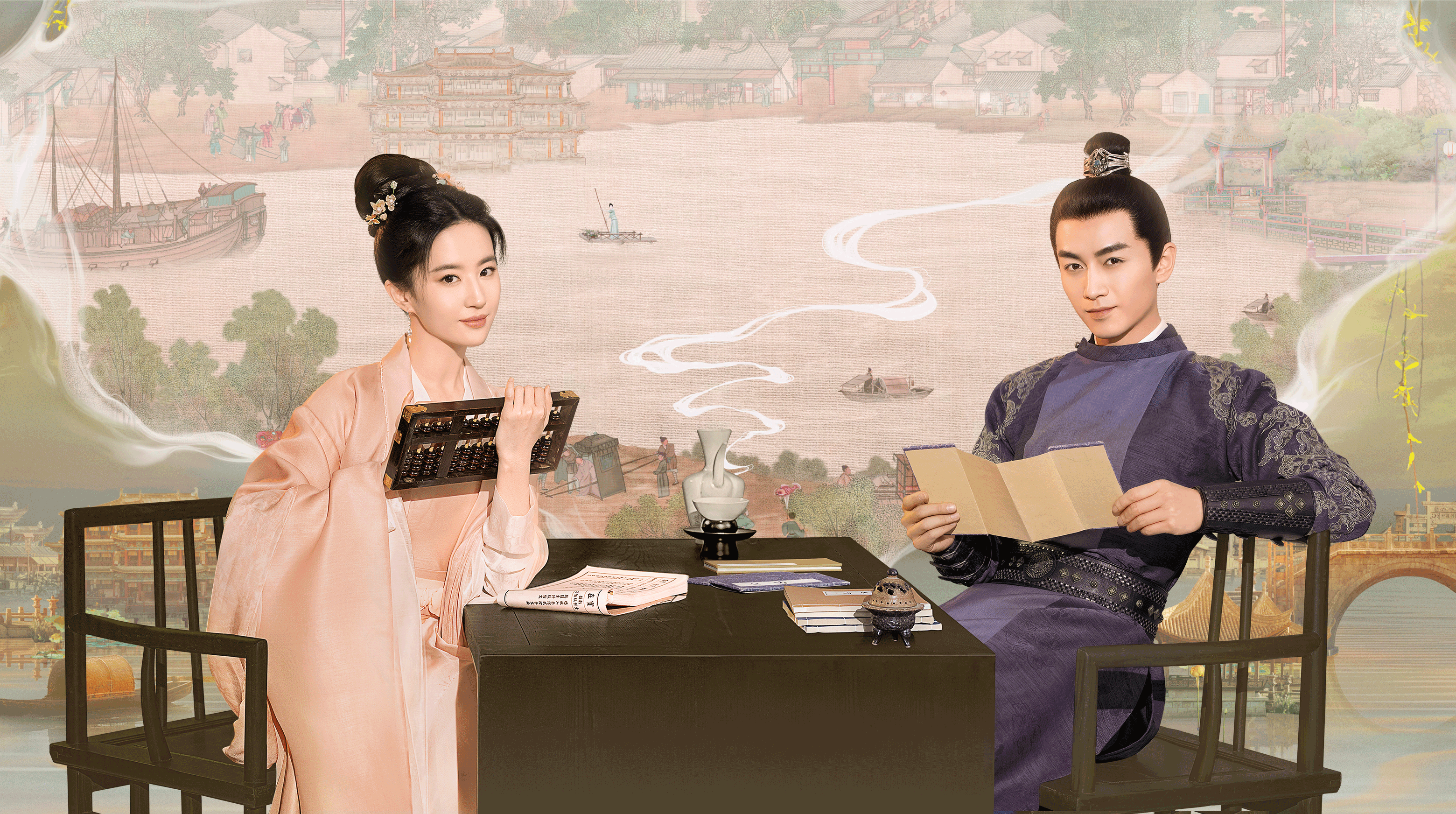 In the early 11th Century, the future of the Empire is in doubt after a damning painting of the Empress’ past life goes missing – threatening to undermine the Imperial family. Gu Qian Fan (Chen Xiao), the commander of an elite military unit, is...

Starting the 27th episode of “Love Like the Galaxy”. Leo Wu is ‘shaping up’ Zhou Lu Si’s family. 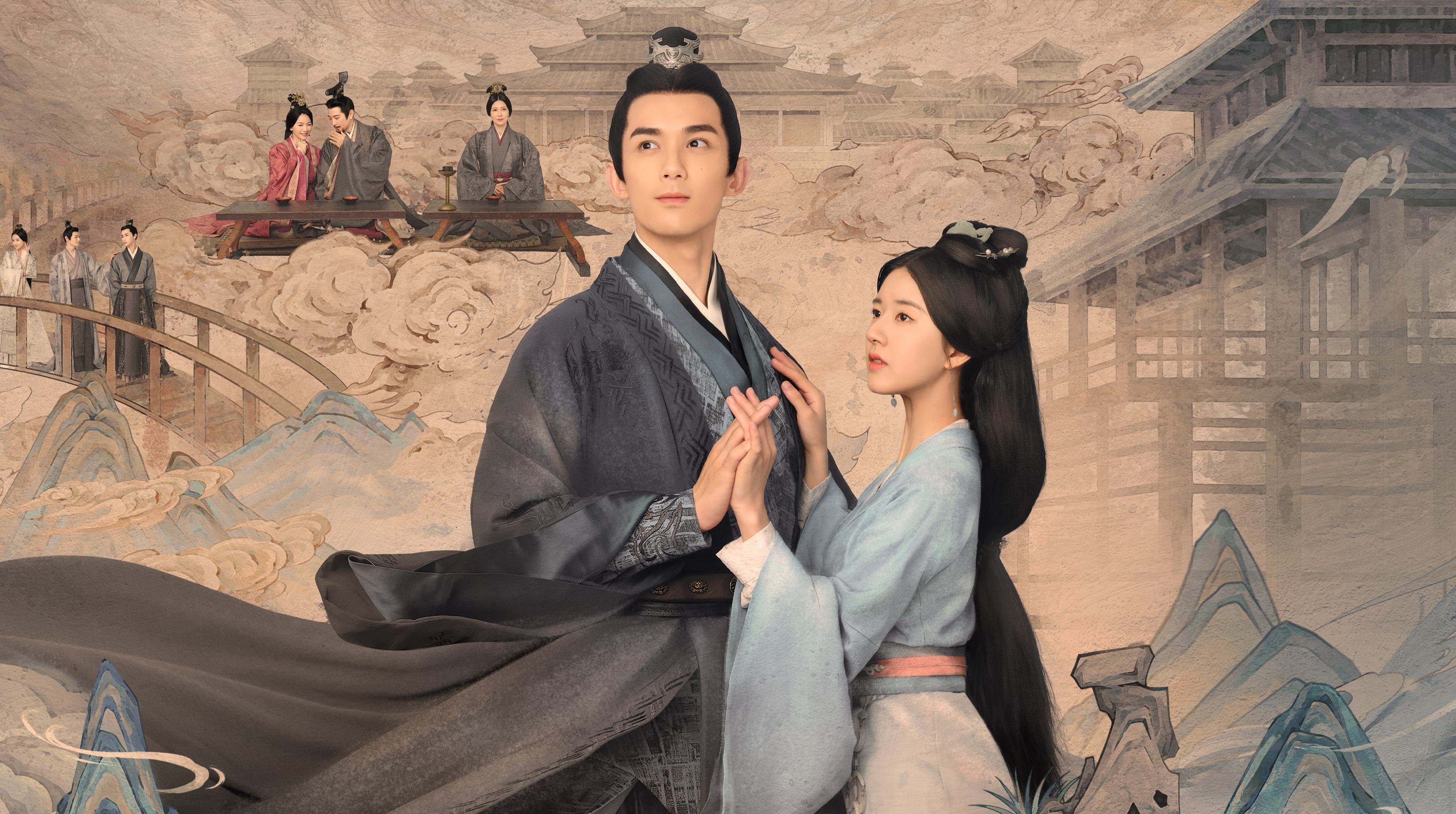 Cheng Shao Shang (Zhao Lu Si) is a young woman who was forced to grow up alone after most of her family had to leave to fight in a bloody war. As a result, she has grown up alone, in an unforgiving environment, and has become tough and resourceful –...

While waiting for my now-airing dramas to post new episodes, I stumbled across New Life Begins. WOW this one is good and so different - I love a funny period drama! A nice feminist angle to this one as well… I don’t know if I’ve just made some good selections lately or if the recent Chinese dramas are becoming more pro-woman than previously but I am loving these awesome, supportive lead couples.

I dropped this drama… either it was too slow or too silly, I gave halfway up…

This one is a bit of a slow burner, but I enjoy it. Two mature, talented actors that do a lot with a fairly simple plot. The drama-in-a-drama is great, but I could watch the two leads cook dinner and feel happy. I really enjoy Siwon’s shows.