well its better than someone calling someone “babe” darlin or honey, but y’all are right, I liked them, and no I am not saying anything bad, hey I just got over mine! anyway, I do like the Oppa or sunbae, yeah a lot of us English folk don’t understand the words, of some of these, so forgive us English folk is

all I can say. You just do what you gotta do, ok? and don’t let someone cut you down cause you said something they didn’t like, (angelight?) and me. sorry but it does hurt, again just take it with a grain of salt, you are doing great!!

God of lost fantasy, and this so reminded me of The Taoism Grandmaster just some of the story anyway

All opinions are valuable to me whether in agreement or disagreement because I will learn something from both.

Although my preference is to leave some of the terms and titles as is but I see that it clearly presents an issue for Other Language translators as well as viewers who are new to K-dramas. I think if I were to work as a translator anywhere other than Viki I would somehow try to find an English equivalent and refrain from using the Korean terms and titles at all. The unique thing about Viki is that many who visit the site are already somewhat familiar with Korean terms and culture, not to mention we have this awesome community where you can ask questions and learn from each other.

I agree that if the English word or title has the same meaning, we should translate into English. For example, “Mister” is appropriate for “Ahjussi” if it is used between strangers. However, I personally hesitate to use “Mister” for a familiar relationship. I will continue to translate the way I feel comfortable doing and leave the final judgment to our capable editors.

I haven’t watched Start Up so I can’t really answer whether it was used in a joking manner. Maybe after I have the chance to watch the show, we can talk about this again. For me personally, “Ahjussi” and “Ahjumma” are two Korean titles that are hardest to translate because to use “Sir” and “Ma’am” would not work very well for familiar relationships and I would never replace those titles with given names because as you know Koreans do not call elders by given names. I have seen some translators (or maybe it was the editor) opt to replace “Ahjussi” with “Uncle” though.

I love that you are so curious and eager to learn. I haven’t been a part of this community for very long but I know that @emilyazel and @ajumma2 are both very knowledgable and helpful. Whatever question you may have concerning Korean terms or culture, hopefully one of us can answer.

but I know that @emilyazel and @ajumma2 are both very knowledgable and helpful.

They definately are! And so are you.

Honestly, I think leaving the title as is helps you remember what the culture is like there, that it’s not a western place. I now know why a person is doing the things he’s doing because of the hierarchy/respect level. When a guy calls another guy ‘hyung’, you realize why he is given more importance, or treated in a different way.
I’m so sincerely grateful for those translators who have put extra effort into explaining the culture whle translating, which makes it so much easier to understand!
Obviously, this is only my opinion and I don’t mean to hurt or offend anyone by it, all of you translators are ah-MAZING!

I hear what you’re saying, but consider this: Wouldn’t you think it strange if you were watching an American movie and a clerk in a large corporation or a private in the army in replying to their CEO/commander said “Yes, Joe” instead of “Yes, Sir”? That “Sir” says a lot about their relationship, right? Well Korean titles like Noona, Sunbae and Oppa also give us information about relationships. Not just status relationships, but also those of age and emotional closeness. For me, when a name is substituted for the title, all that information is lost and the drama loses some of its richness Yes, the terms may be confusing to those new to Kdramas, but it doesn’t take long to catch on. We’re not talking about a lot of words here, right? And don’t fangirls love calling their idols “Oppa”?

Also, re replacing oppa with darling, honey, hubby – I think most Americans have pretty strong feelings about which terms of endearment they like and which annoy them. For instance, while I don’t dislike the word, “darling” to me it is something out of the 1930’s or something you call a child. And while I actually do sometimes call my husband “Hubby” when we’re being cute, it would be jarring for me to see it in a drama. Also, I think oppa – when used toward a love interest – definitely has a flirty feeling to it that darling and honey lack.

So that’s my two cents. And even though we disagree on this particular, I want you to know that I really appreciate your generosity in putting in the hard work that makes it possible for me to watch my favorite shows!

One last thing: is Choitrio not a native American-English speaker? You could have fooled me!

Thanks for explaining how the process works Choitrio. I was really tempted to watch Kairos last night when It was 80% translated, but I heeded your advice and waited.

When I first started watching Kdramas, I really appreciate translators who added parenthetical information clarify terms and I’m sure many viewers appreciate yours now.

ok y’all opened the door up about words, so here goes 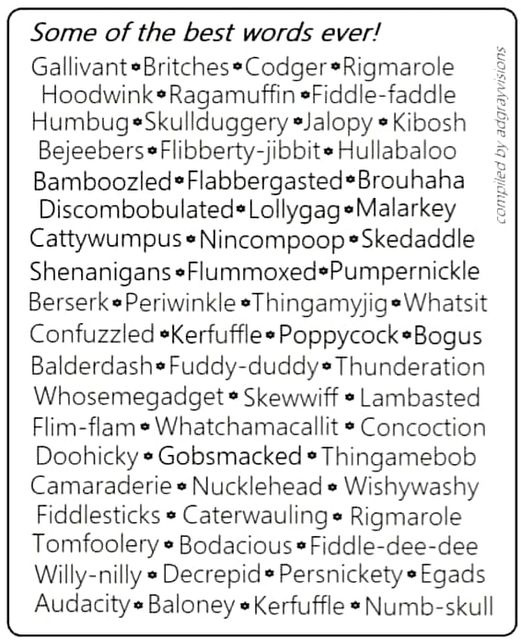 It’s funny that you tagged me now because I was just planning on putting a list of terms in the Wordplay in K-Drama topic today!
And yes, I’m very happy to try to answer any question on Korean terms or culture (thought I’m no expert). I usually have to do some research myself before finding a good way to answer so I love when I’m prompted to do that!

Hello,
I saw that there is a pinned post in the comments on The Tale Of The Nine Tailed about a one week delay.
This post can again only be seen on a PC or laptop.
I’ve noticed that a lot of you seem to only be working with the laptop.
For example, I almost only watch with a tablet because of Chromecast. There are no pinned posts, no thumps up in the comments, etc.
I could imagine that many new users would do the same.Then all of this passes them by. I only discovered it accidentally, also.

yeah, I also watch a lot on my tablet…I found about it on the news (they posted an article on Soompi that TOTNT’s newest ep will not air as usual and will be postponed even on actual TV)

I just finished watching [The life Ahead] with Sophia Loren, 85 years old, and the movie’s Director is her 47 yr old son Edoardo Ponti. I can say it was a jewel to see and I know she did this movie because she wants to be remembered as the great actress she is. Her beauty still there wrinkles and all.

I also saw episode 9 of [START UP] and Suzy never disappoints me. I am so proud of her and her family for their continuos support in her life. She makes me very proud of her strength of standing tall against all bullying. But my gosh my heart is in pieces bc both main guys are so adorable …what a dilemma

I was subbing Fantastic Magician @Rviki, and I also saw the whole movie. If you like fantasy dramas, this one is for you. The special effects are beyond words.

Going to watch Penthouse @Rviki today bc by now several episodes are ready for my enjoyment.
PS Penthouse is out for me. Everything I hate has happened so far, and I have no desire to see physical and sexual harassment.

The Illusionist is awesome and full of wonderful twist that made me very happy.

The community is the reason I watch on Viki. A number of years ago, I watched Spanish-language “novelas” on television with my Cuban landlady (I live in New York state), and we would settle in with some snacks and piña coladas and have a great time eating and laughing and trying to anticipate the plot lines.

The Viki community has that same sort of fun yet thoughtful vibe.

I couldn’t agree with you more. I have accounts with Netflix, Amazon Prime and HBO but I keep coming back to Viki because of this awesome community.

@luledo, thank you for recommending Kairos. I just finished Episode 6 and it is very interesting.

got all those you mentioned and I have asian crush as well, but come right back here!!

Attention YOU MUST BE ADULT AGE to watch this movie bc is rated R. It has sexual content.

A MUST WATCH PEOPLE! You will laugh so much. Some parts are a bit extreme but u can skip.

I’m so glad@sim11 working on the movie warned about the NC17 level. bc the curiosity of seeing such thing here at this site took me straight to watch and I can guarantee you will rofl

Not available in Germany, France …(your link was followed by a message in French) …
It seems like I’ll have to evade again.