Didn’t you just LOVE the way Park Seo Joon kind of desperately, gasped for air, trying to escape when Yo-na glommed onto him!

I hope you guys are watching this very awesome drama which is subbed in record time, and I’m already counting the days to see episode 5 and 6. The Female lead has been my fave since she was little baby and acting. I always knew she had it in her to do her own stunts and show her potential. Both ML are too cute and sweet. Every character in the drama are doing an awesome job. 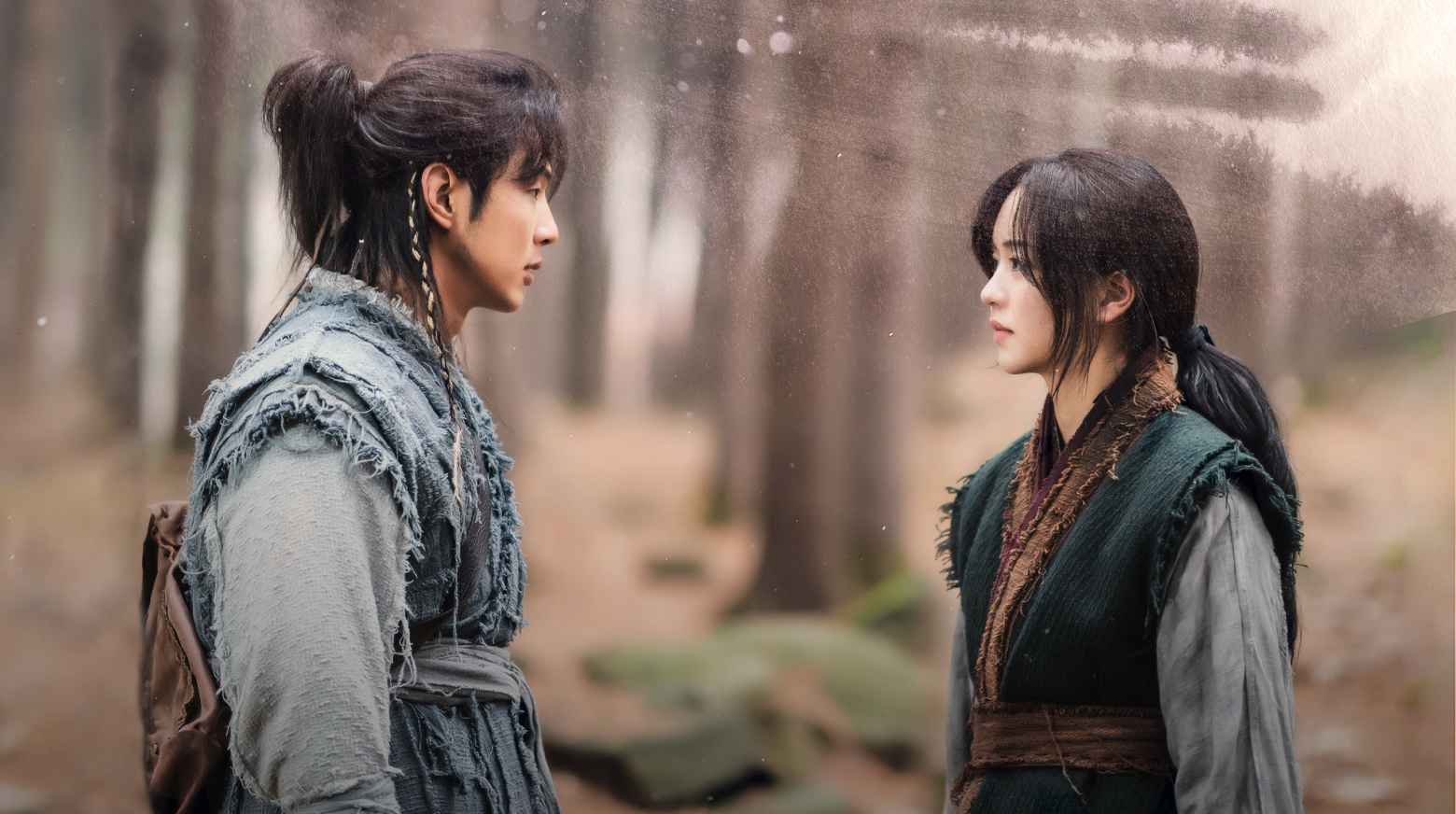 which is subbed in record time,

it’s pre-subbed, that’s why a lot of volunteers are complaining about it causing misunderstandings and more demands with the audience

its on my list, I am watching those others that I listed earlier

I blame the staff at Rakutenviki for that bc they are suppose to post a note that subs are pre- subbed so they are there faster, but the quality of the subs is not guaranteed until the Editing team works on them.

I should have added that they’re using terms that are too modern for that era, and I believe a younger team members will use terms that doesn’t match a drama from that era. So hopefully they’ll correct that bc it really gets on my nerves. they should keep younger team volunteers in modern dramas, and the older volunteers familiar with traditional terms working in these kind of dramas.

In life, it seems you can’t have it all and this is a perfect example of that. We may have faster subs but it might lack some other stuff in the process. They need to work on this more thoroughly so they can correct what in the long run will obviously annoy the viewers.

PS. THIS IS WHAT IWROTE 7 DAYS AGO IN THE COMMENT SECTION OF THE DRAMA/RIVER WHERE THE MOON RISES

I think it’s the 1st drama that came with 100% eng subs. Thank you for the one who subbed eng so fast

River Where the Moon Rises

To make you aware of how the subs got there so fast let’s say a machine did the magic, not a person.
Artificial Intelligence and It’s Sub-Fields

The team you see here are to edit what needs editing and make sure that if something is missing (question mark/exclamation point etc… )they will be added to make the faster subtitles more accurate.

I hope you understand that a machine can work faster bc they don’t get tired, they don’t have a family, they don’t get sick (they also don’t have feelings or emotions) but the human subbers that work so hard deserve the same appreciation and respect. if anything more than an AI machine bc a machine doesn’t have a family to take care of, a school to attend, or a job to go to so ppl should be more FAIR and praise them even more bc no matter how ungrateful some ppl can be ‘‘bc the subs are not there fast enough’’, they still working hard so viewers can have subs in the dramas. 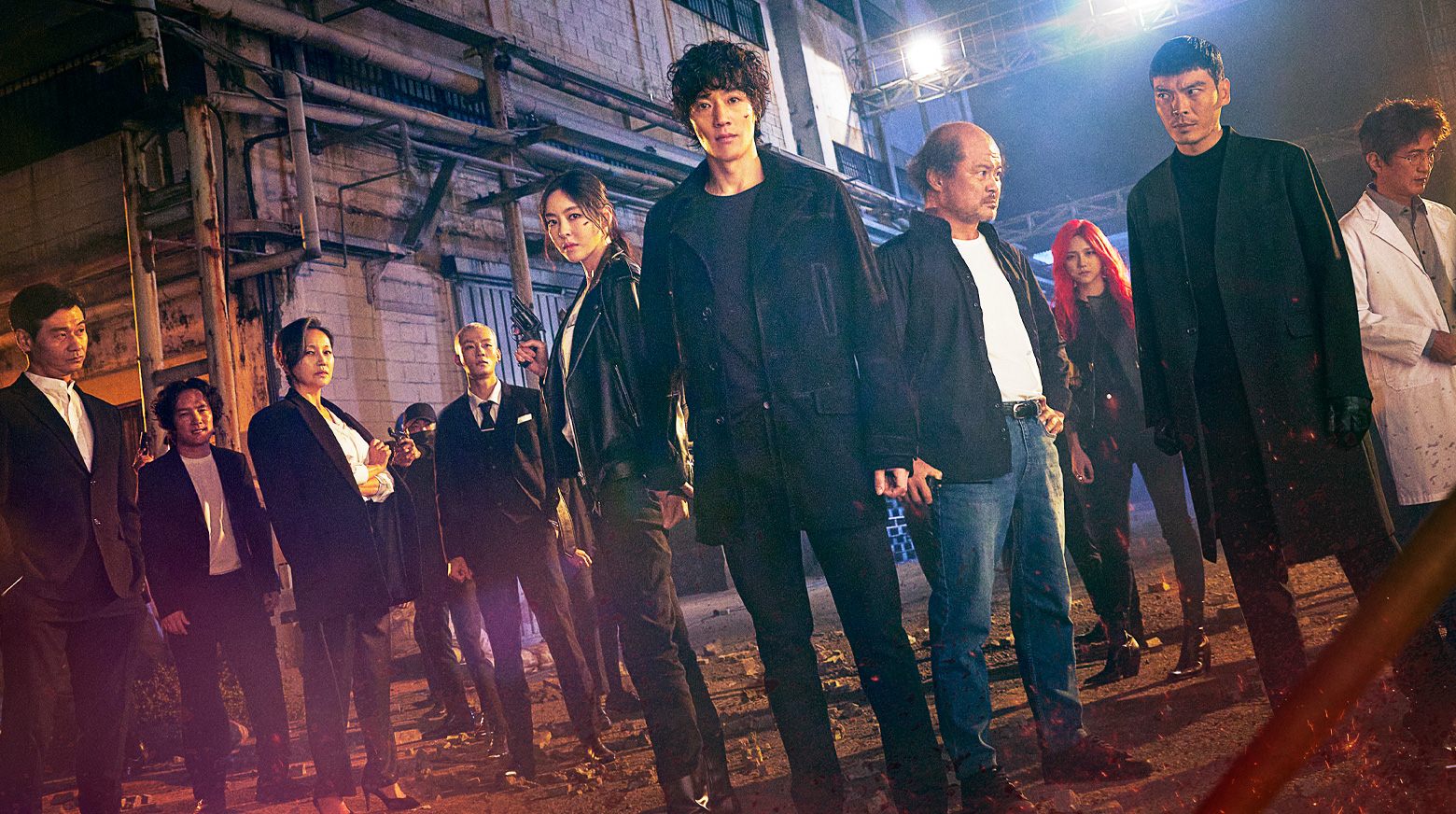 Ji Oh (Kim Rae Won) is a man in possession of unearthly powers and fighting skills – the only problem is, he has no idea who he is, how he got where he did, and why he is being pursued by people keen to capture him and learn his secrets. He isn’t... 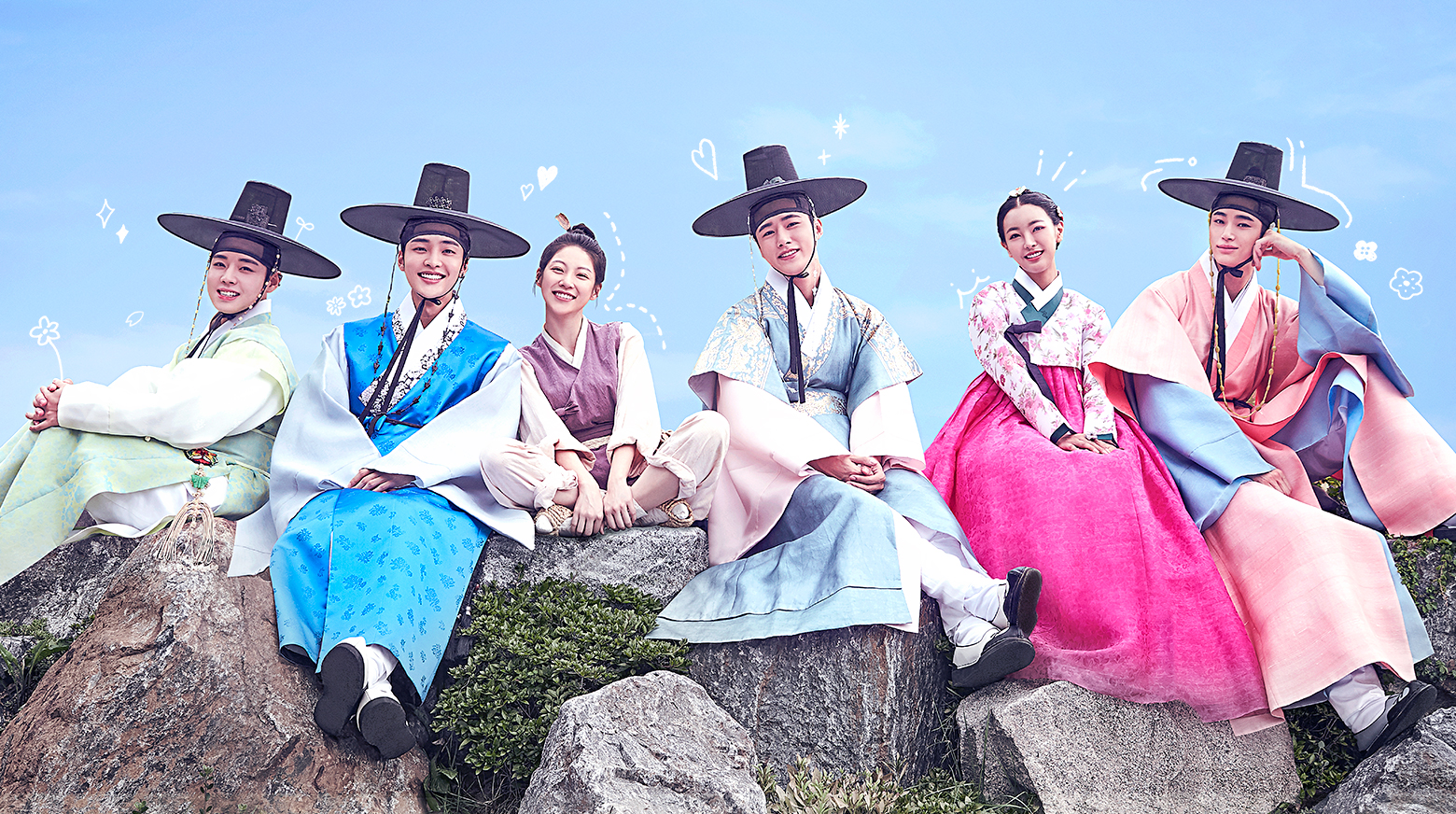 Growing up an ordinary country blacksmith, Lee Soo (Seo Ji Hoon) had no idea he would ever rule all of Joseon; but, at the age of twenty-three, that’s exactly what happened. Now as king, Lee Soo is finding it hard to adapt to the restrictions of...

I don’t think Viki was involved at all in the subs…I don’t think Viki has a separate paid subbing group or something. This might be like 18 Again, coming completely pre-subbed onto Viki. And it’s definitely not AI. AI still can’t do things like that…the subs are pretty good with proper grammar structures.

I don’t know where you get that it has ‘‘proper grammar structures’’ since is lacking in that department also. It was established a while back the AI system was going to be used in some dramas here at Viki, and the reason for that was to have subtitles in a faster amount of time. I’m not discussing whether we have a paid subbing group or something like that here at this site. My issue here is being an ‘‘English native speaker’’ doesn’t make you a good editor, and lately the quality in the subtitles clearly shows that they are using the wrong ppl to ‘‘edit’’ these subs. Using so many modern words in a drama from the 559 to the 590 era is the most ridiculous thing to see in a drama at this site. It was expected that issue like this one would present themselves with the use of any ‘‘bot system,’’ but I never expected to be this bad. Well, we just need to give it more time since I went through the same thing with Netflix, and they have improved immensely; so there is hope in the horizon for improvement.

I really like ‘River Where the Moon Rises’. Ji Soo and Kim So Hyun are doing a good job. And I really like Ji Soo’s character.

I love Ji Soo saw him first in Doctors and I don’t really like Doctors but he was worth looking at.

Some writers at Soompi are real jerks they did an article and stated that RWTMR will have a ‘‘sad ending.’’

How dare they add such a spoiler? Although there is a warning that there was several spoilers not to read if you didn’t wanted to see a spoiler that was so unnecessary.

My LAST LOVE SONG is a fun more fantasy version of this story. i never get tired of watching it. It was that good. 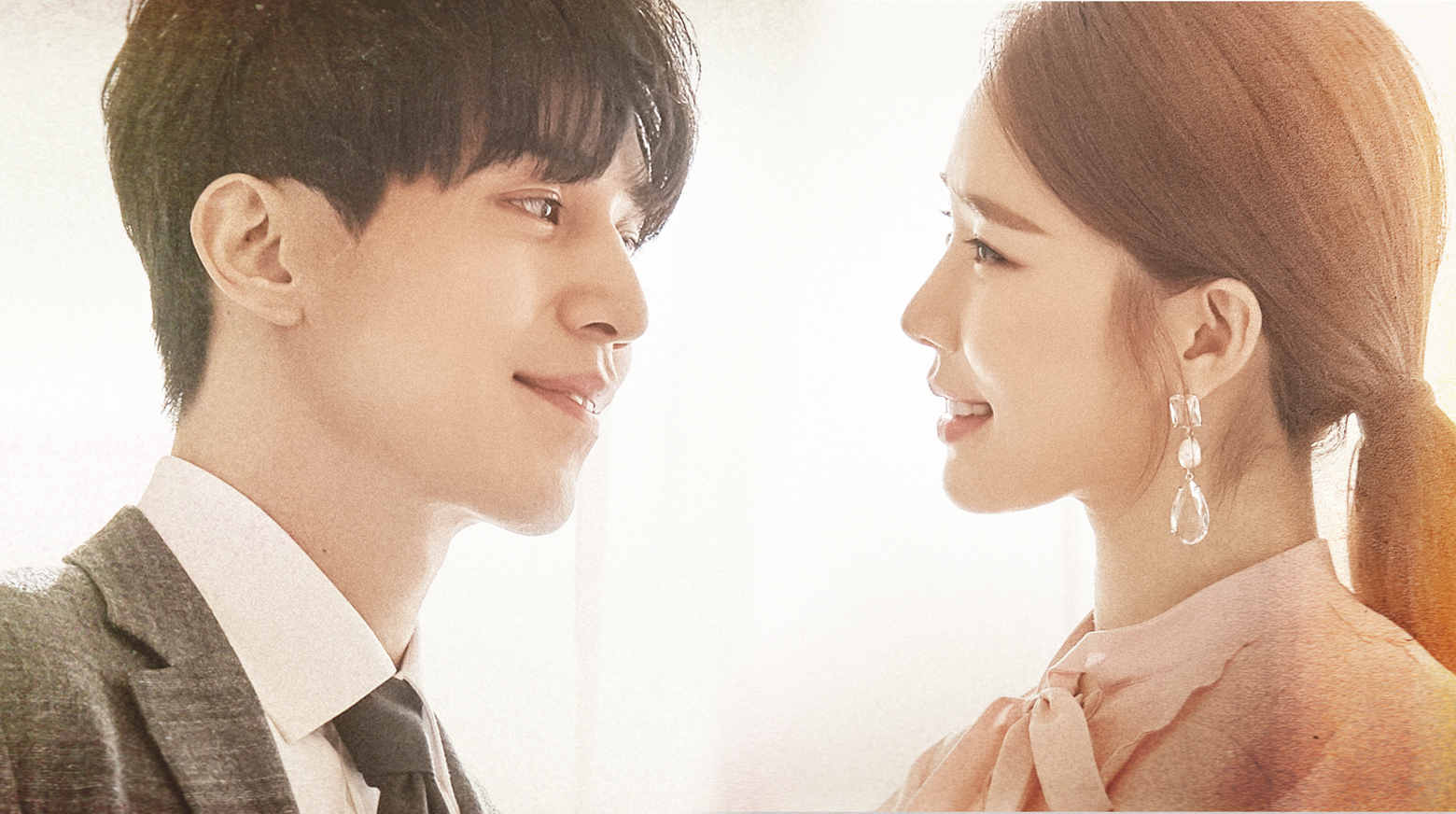 Oh Yoon Seo (Yoo In Na), a famous actress, gets caught in a scandal with a son of a rich family. With her career declining quickly, she looks for one last hope to get back on the screen and lands a role playing a secretary in a drama written by a...

I just finished watching this on ntfx and is one of the best Chinese movies I have ever seen. It has the hottest kiss by a Chinese couple. A must see!

I hope you guys are watching this very awesome drama

The drama has both Ji Soo and Kim So Hyun, two favorites of mine! I’m waiting for more episodes to be released, to aid me in binge-watching

. I do hope Ji Soo gets to be with the girl, if he’s even in a romantic role for that drama.

no one knows how it will end. The Soompi article was stating one thing they hated from the pilot episode in that author’s opinion-- the foreshadowing of a possible death. I agree with the author though, because that scene made me stop watching and wait for the entire drama to air before I watch because I’m scared for the ending.
No one knows what the actual ending will be, just that particular scene makes people wonder.

Exactly, but in the article the person stated clearly the ending would be sad. We don’t know what ending the writer would give to this particular story. For example, in My Last Love Song the ending was wonderful although it seems like On Dal dies, but somehow he manages to go back to his futuristic love, and I loved it!

The first scene at the beginning of the drama has two very obvious possibility bc she’s not talking to him like he’s going to die, and in fact she clearly talks to him like he’s going to be all right. Remember On Dal has several battles before he dies. I believe the first scene is from one of the battles that he survived. But knowing these Asian writers, and how disappointing they can be when writing Endings in dramas, it wouldn’t surprise me that he’ll have that tragic ending. We’ll see when we get there no tragic ending will stop me from watching this one bc I love how nice the story is flowing and I love to support the young actress that rarely get the praise she very well deserves.

He is the main guy in this drama/story, which is from a folklore tale from centuries back,

and On Dal, always gets the girl.

I’m not too familiar with the young man, and I believe this is the first time I see him acting. I have to admit I mainly watching to support the young girl that rarely gets the great praises she deserves when acting. I never miss the drama she’s in, no matter how much I don’t like who they paired her with.

One thing i have to say I have laughed and cried so is that good. The drama is pre-subbed (according to what I was told here) so the wait is minimal for susbs.