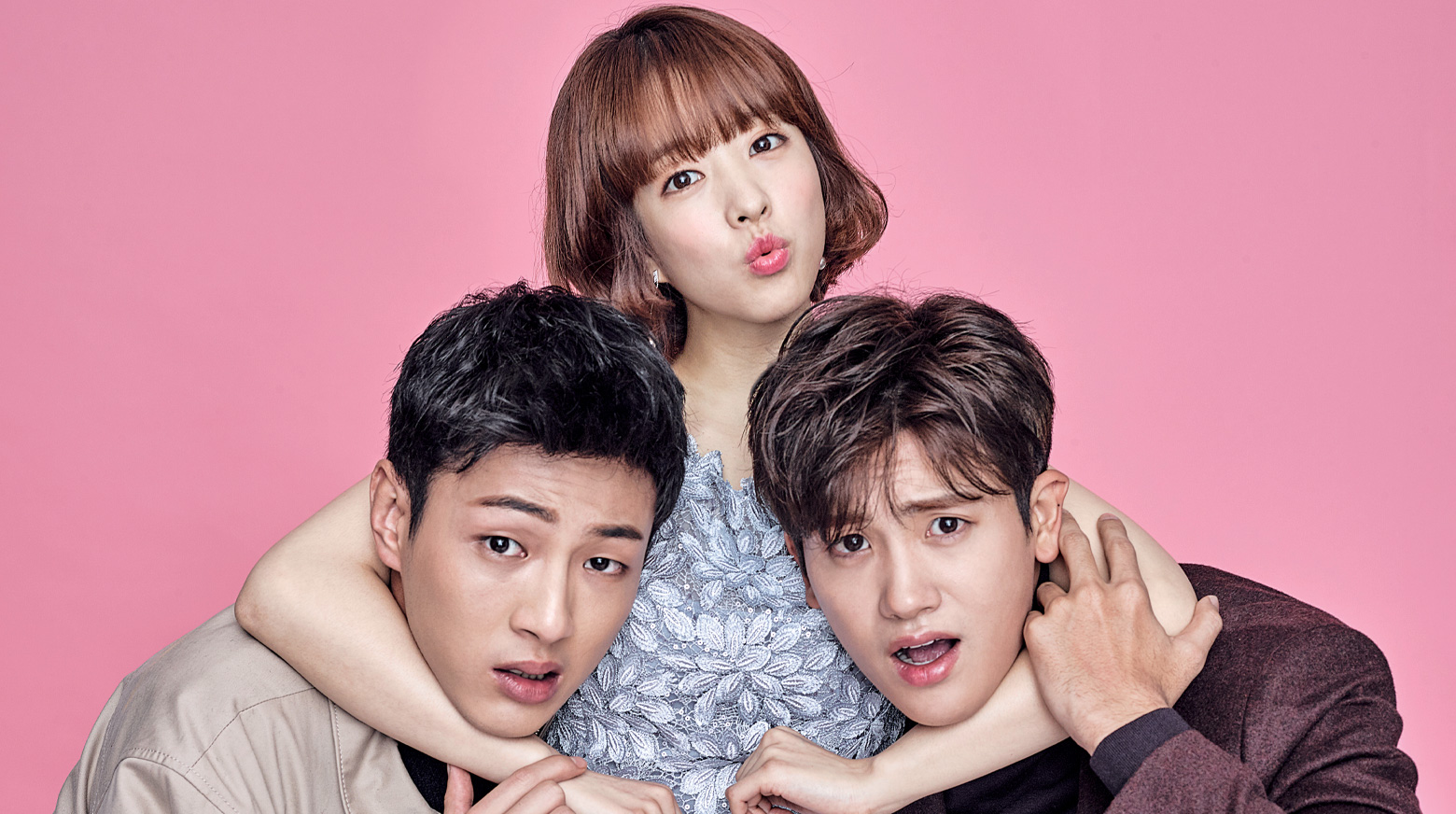 She is no ordinary woman. Do Bong Soon (Park Bo Young) comes from a long line of women possessing Herculean strength. But Bong Soon can only use her strength for good; if she uses it for her own personal gain or to mistreat others, she can lose her...

And “Love Struck in The City” with Ji Chang Wook

Someone here mentioned The Undateables and I thought it was such a unique name that I totally overbinged…the next thing I knew, it was six in the morning and my family would be up any minute 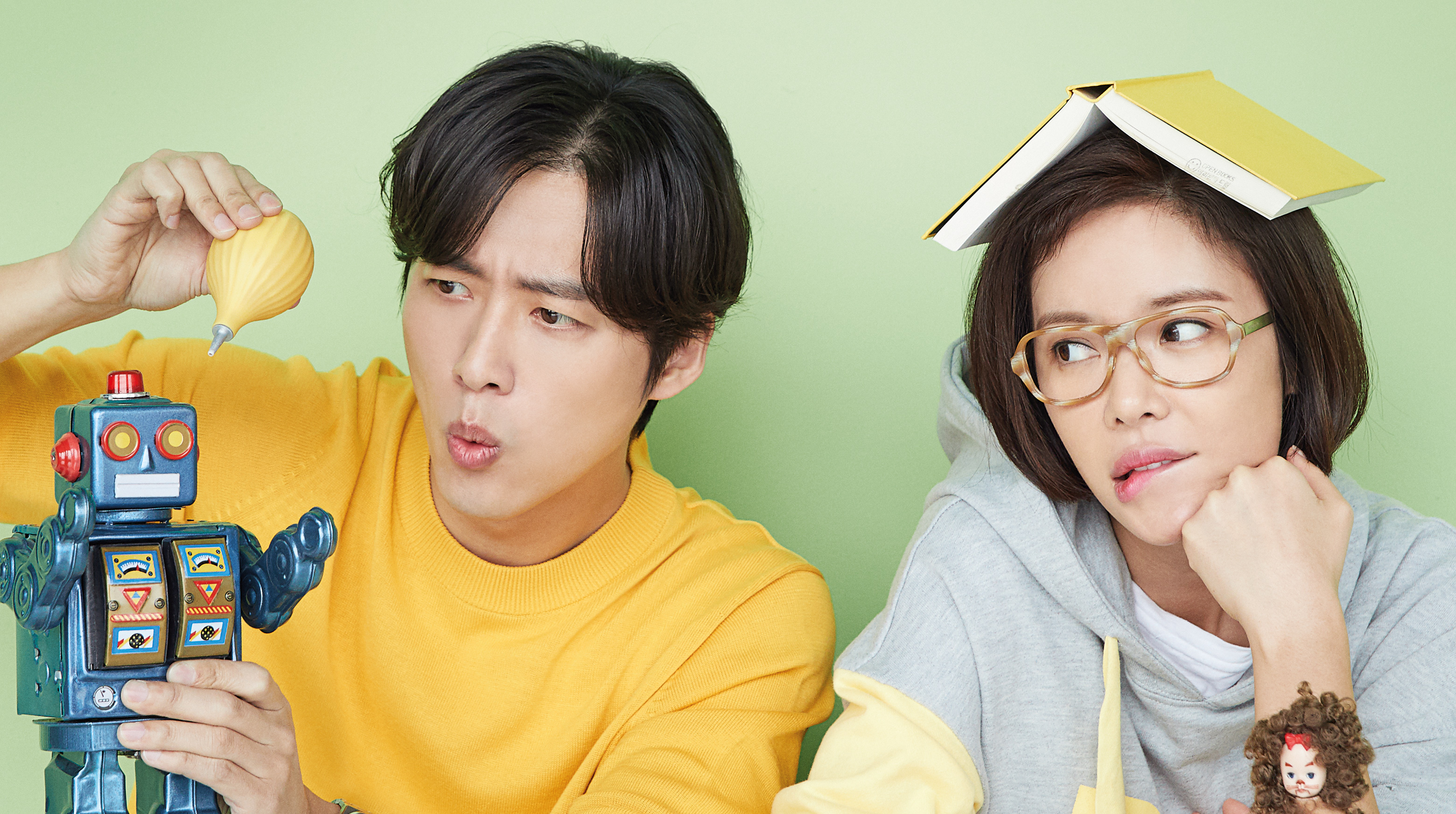 The Undateables is about a man, Hoon Nam, who refuses to love and a woman, Jeong Eum, who dreams of being passionately in love but gives up on the idea due to the reality of things. These two offer to help those who are single to fall in love, but in...


Honestly, the first episodes didn’t appeal to me but I saw a LOT of TCs saying to wait and give it time. So I stuck through and OH how I was rewarded!! Once the couple actually start butting heads, it’s so much fun! Two relationship experts who don’t ever want to fall in love again. WhAT could go wrong??
I liked the execution of comedy and the different aspects of relationships it highlighted. The scene that led up to the first kiss had me completely speechless, it is definitely high up after the Bubblegum Kiss in terms of creativity

This is yet ANOTHER show that is on my GIANT watchlist! When will I ever get through it if you guys keep recommending shows for me to watch?

Hwang Jung Eum is funny. I have not seen Namgoong Min before.

That was to me the most Detestable drama I’ve seen (with such a great actress/ my favorite Female actress no less). I hated this drama so much, I was barely able to pass the second episode. The guy (Namgoong Min) was terrible in this drama; and although I liked him as an actor especially on roles that requires for him to be serious imo, this drama was the worst role he has taken. The exaggerated facial expressions from him were (for me) too much to take.

To make matters worse HJE was in that same kind of exaggerated role, exaggerated laughter, and too loud when talking at times; there is so much you can take from 2 actors. Who knows? You might love it.

Going on episode 2 of ‘‘Mouse.’’ It’s so similar to two other dramas I saw with a serial killer the same exact scene with the electric charge scene and the woman position to die in a sewer like hole Unreal they would do something like that. They think we are senile and would forget that scene in the other drama? lol

tvN Drama “Mouse” To Be Rated 19+ For First Episode.

Just curious what rate/age are they giving the rest of the episodes? I saw rated R. But there are more scenes like in the first episode (well not as savage as first episode; I have to admit). Btw, thank you so much for your excellent work and all the team included in the subbing department, and I mean quality wise not for speed only.

I think rest of the drama is rated “15” so it shouldn’t be so bad. Although some parts are hard to stomach, I find the drama to be quite good. I was extremely impressed with all the child actors in Episode 1 and I am sure LSG and PJH will not disappoint. Also, I am really enjoying being a part of this English subbing team.

P.S. Since we had talked about the meaning of Ba Reum’s name, I will share with you something that I noticed but had not put in as a T/N. The name 성요한 (Sung Yo Han) and 성 요한 (St. John of God) are homonyms in Korean.

@choitrio
Is that the Detective’s name? Who has that name in the drama? I’m bad with names.

Sung Yo Han was the ER doctor. Supposedly he is the son of the killer, Han Seo Joon, although I have my doubts.

I have my doubts too bc a serial killer to have such a sacred name, and do such heinous act; would be such a blasphemy. I think we have an interesting plot in the making bc I still can’t make out too clear, who the real serial killer will end up being in the end. Something tells me what’s too obvious might not be the reality in this drama.

Thank you for your pointers. Writing down the names/meanings.

Mydramalist comment section is exploding with all kinds of theories. After only two episodes, there are over 1300 comments already! I think this will be a very interesting drama.

@angelight313_168
I was about to leave at the first or second ep too but I stuck because of all the TCs and reviews that said to just bear with it till the 5th ep.
The FL does exaggerate, but it gets less over time and once they actually start their hate-love relationship it’s lots of fun. I skipped a few arcs that didn’t interest me but I think the drama is worth watching.

I really started liking the main couple, they were lots of fun and I liked their character development. I liked how we all were so frustrated at the male lead because he just wouldn’t say the three words he HAD TO say(his flaw is communication) and then we slowly understand why. ngl, it made me cry. I also like how he says one thing and acts totally different-- his actions basically SCREAM louder than his words and its sweet and funny at the same time. The writers could have made him into the stereotypical guy who uses his trauma as an excuse to manhandle the FL but he wasn’t. He respects her, and it was really quite different to see the FL recklessly initiate the first kiss (that scene had me DYING). Though he’s petty for the comedy, in the end, he does respect her relationship with the SML and understands.

I even started liking the FL after some time, she didn’t make dumb angsty pushover FL choices and ML really needed a partner who was a kid at heart like him. She was also not a yo-yo between two male leads. I liked that she didn’t sway. It was us who did the swaying

I liked their matchmaking antics and how smoooooth ML was! I’m also a sucker for pettiness and this drama totally satisfied me in that area

In the end, the bads outweighed the goods, I definitely liked the drama.

If that was the first drama I saw from both actors I believe it wouldn’t have bothered me as much. But knowing the quality that both can offer as the great actor/actress they are, I felt this drama was ‘‘beneath them.’’ Moreover, I saw the Director’s insistence to the FL to laugh in a exaggerated way, and at one point her facial expression looked sad bc he made her laugh harder and harder (she was following his instructions but obviously sad about it).

That did it for me, and I dropped the drama. The Director’s job is not to make an actor/actress do something they are not comfortable with bc they know better how to play their role; that is why they are the actors. Some of this Directors go overboard and end up messing things in the drama. What bothers me the most is when they criticize the actress so much when she has no option bc in that country they don’t have a choice, and have to go along with whatever they are told to do bc they are so afraid of the consequences they may suffer on future jobs offering.

I’m glad you liked the drama bc actors need viewers in order to be successful. But when I don’t like something; I don’t eat it, and throw it away. My opinion will no deter anyone from watching that drama bc in the end, they’ll make their own judgement whether they like it or not… I don’t feel our different opinion changes anyone’s choice to watch it or not. Knowing @porkypine90_261 personality I’ll bet she’ll like it just like you did.

I’ve been typecast! and I haven’t even watched it yet! It’s on my watchlist.

I like Lee Seung Gi but I don’t like icky stuff. I may have to fast foward.

River where the moon rises? I really like that show. Yea, I like Ji Soo’s acting in this one. His character is very likeable.

I have just started Mouse, I sure hope it gets better, and with that car crash and the little girl nearby, gosh that sounds familiar.

yes I am watching it now, and anotyher story experimenting on children, can’t they find someting else? and not trafficiking either!! Oh I do plan to watch all of it same as choitro. and wasn’t there another drama that had experiments on children and all?

Well I am hesitating to start, actually for me to start it needs to end broadcasting … But a huge factor I wanted to watch it was because of Ji Soo, regrettably he got a bully incident and another issue, so he will be replaced with another actor. Whenever something like this happens I am getting my old drama illness, back from Denver Clan, yeah it is that long ago, I never got over the replacement of the first Fallon … Well wait and see … I guess nothing else to do as a viewer.

@lutra, Ji Soo has been replaced by Na In Woo, the second lead from Mr. Queen. 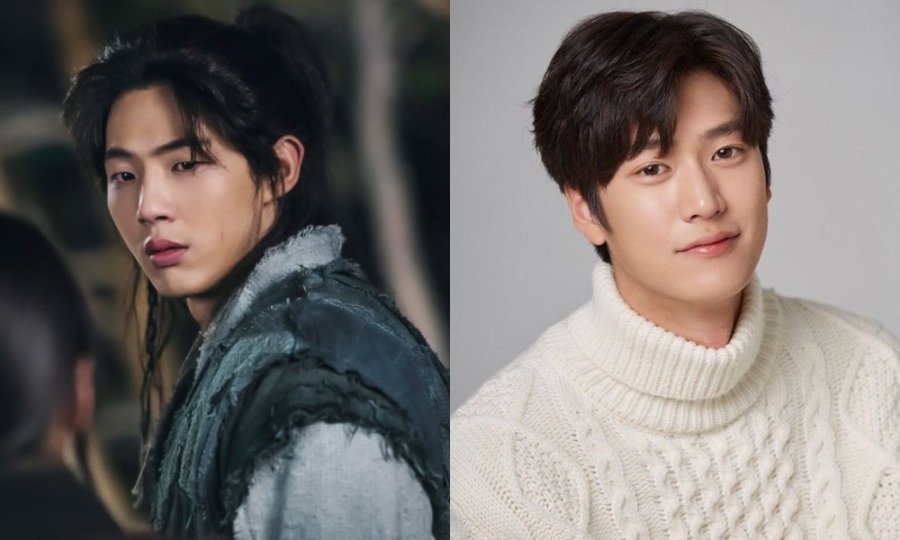 @frustratedwriter, even though it’s difficult to watch, I have to say the first episode of Mouse was very good. There is so much detail to absorb that you will need to pay attention.