Ji Soo has been replaced by Na In Woo

I know, just didn’t have the time to look up his name. I will wait for the viewers’ feedback. I just finished Mr. Queen, should I say it made me more hesitant, I really like when actors can show emotions and I don’t know if he relied too much on his eyes … I want to see some movement in a face.

I’m not ‘‘typecasting you’’ I very clearly said Knowing your personality (bubbly, funny, and non judgmental person like I tend to be sometimes when it comes to certain characters and the way they were played), ‘‘you would like it too.’’

I don’t know WHY you mention Lee Seung Gi HERE, bc when I made that statement I was talking about [THE UNDATEABLES]. Don’t confuse yourself or the ppl reading your comment. My comment HAS nothing to do with Lee Seung Gi drama but THE UNDATEABLE with

Namkoong Min is a South Korean actor, director and screenwriter. 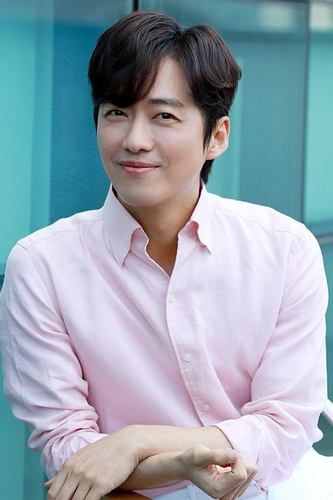 I would be a hypocrite If I say I don’t agree with the change done from Ji Soo to Na In Woo, and NOT bc of the bullying accusation against Ji Soo NOT AT ALL. I felt he wasn’t right for the ON Dal character and he lacked to portray the character the way it should be portrayed. It had nothing to do with his looks either (he’s cute too). There are ppl. born to portray an specific role, and he’s good with romantic youthful drama; but serious dramas are not his forte. [IN MY OPINION] (not screaming want to clarify things right).

Now, I’m hoping Na In Woo can do this role bc he is more into a serious type of actor that can really help him to play ON DAL so well. He also has experience fighting with a sword.

If I were to pick an ON DAL with the young girl I would pick baby face Ji Chang-Wook to make up for that disaster of drama: Backstreet Rookie he made with same girl. He also has experience with swords and that era dramas.

What would be your choice to play On DAL? or you think Na IN Woo is great for the role?

Is gonna be so hard to adapt to the change but I’m game bc I like the story.

To be perfectly honest, I didn’t think Ji Soo really was the right choice as the ML and it has nothing to do with the bullying scandal. Perhaps, that’s why I haven’t been watching the drama. I grew up with the folktale of “바보 (stupid, silly, dumb)” On Dal and Princess Pyeonggang, so Na In Woo seems a little too serious. I personally think Ji Chang Wook might be a better choice, although he might be a little old for the role.

If you look at Na In Woo he looks older than Ji Chang Woo bc JCW has a baby face. Since ppl know he’s 33 they feel he’s too old for her, but they do make a cute romantic couple (in a drama), and I can’t even believe he’s 33 bc I though he was around 26 (that’s the age he looks to me). When I found out he was 33; I was really shocked.

For Empress Ki it took me a while to get used to HJW as his romantic FL bc I felt she looked way older than him bc of his ‘‘baby face.’’ But I had in my life a way younger husband, so I was like; who am I to judge? I continued watching Empress Ki, and got used to it bc in their case, contrary to JCW I feel HJW looks way older than her age (just my opinion). Others might not see it that way, and I respect that.

I agree with you that CJW looks much younger than his age. Also, he not only has a youthful face, but he has shown that he can be both silly and serious. Warrior Baek Dong Soo comes to my mind, where he went from bumbling silly character to a warrior. He could have easily done the same with On Dal’s character.

@choitrio
I am looking to see if I find Warrior Baek Dong Soo, but so far no luck. I love CJW acting except the rookie one omg what a junk and disappointment to me bc they both are good young actors (I forget the girl’s name ugh). Thanks for mentioning that one. Let me tell you CJW was perfect for ON DAL role but what can we do?

I’m just praying for that young man Ji Soo not to fall in depression and do something stupid. I hope he handle this well and overcome this bad experience and learn his lesson… When we are young we make mistakes, and just bc someone wants to get money from him now I hope this doesn’t bring terrible consequences. He can overcome this and move on. In my opinion they should have let him finish the drama and deal with the legal stuff that was punishment enough. The drama was already 95% done; what a waste of time. All the actors/actress are redoing the scenes with the new guy without getting paid; that’s so ridiculous.

PS>>>wow the new guy is horrible as On Dal. I think I’m not watching it anymore. His facial expression as an idiot/bobo is terrible. What a waste.

I don’t know WHY you mention Lee Seung Gi HERE,

Sorry… I was confused about which show you were talking about.

It’s all good. Need your help here…Hope you can help me. How can I know/find out, if a drama is pre-subbed? Do you know? Anyone knows?. I will appreciate a list of the dramas pre-subbed during February and now in March. On air dramas. Thanks in advance.

Here are three recent dramas that came pre-subbed that I know of. 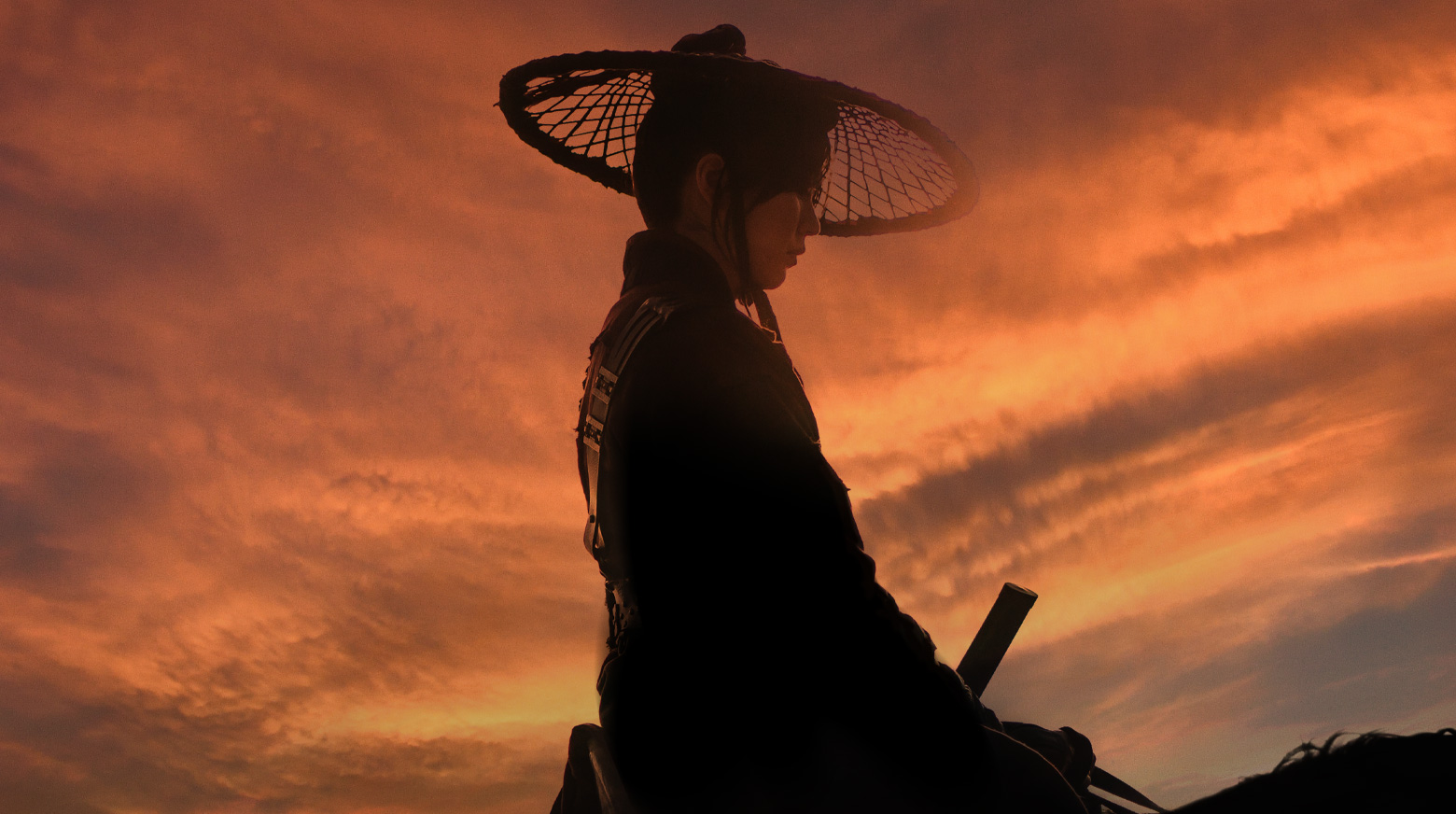 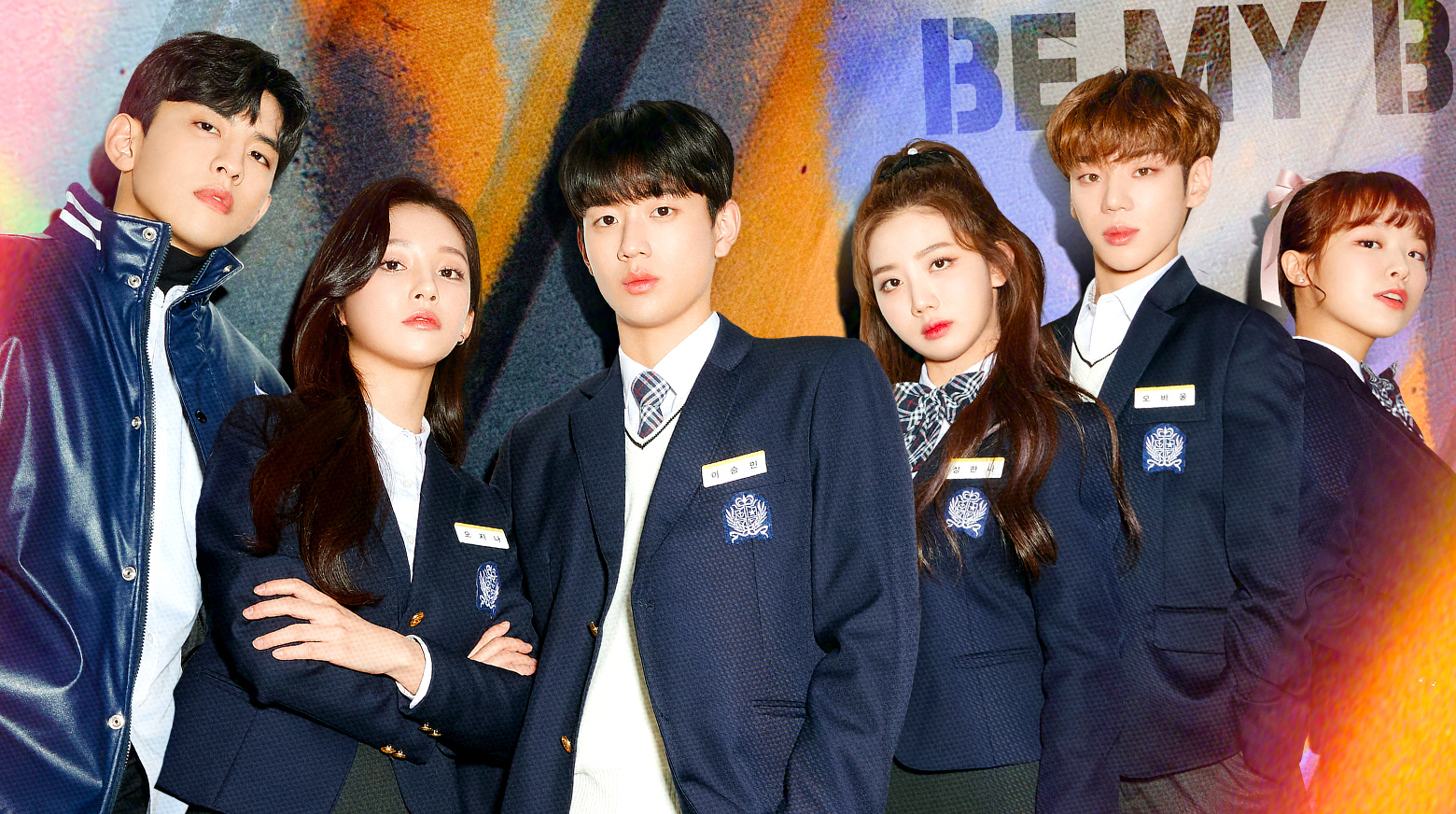 Be My Boyfriend | Rakuten Viki

At Hwayang High School, no student’s popularity eclipses that of the third-year senior Oh Ji Na (Lee Shi Woo). Fabulously talented and impeccably fashionable Oh Ji Na has already landed a contract with a talent agency, and is training to become a... 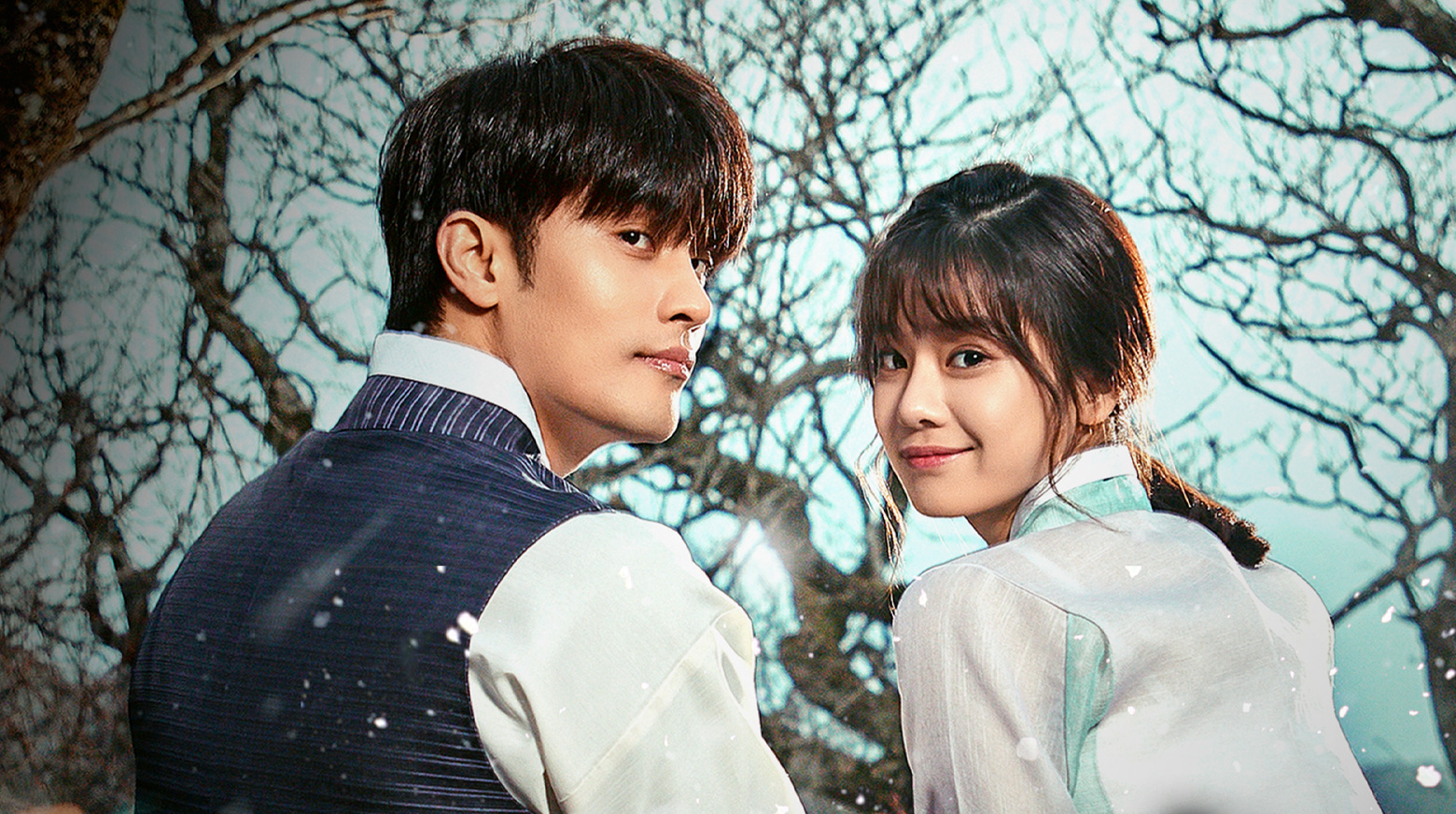 Riding high atop the Hallyu wave, “Jin” is a name everyone knows. With endorsements galore and offers pouring in, Jin (Sung Hoon) has reached a level of stardom that most people can only dream about. Well aware that living with this level of fame...

Wrote info about pre-subbed shows on a different thread.

Why some K dramas have English immediately K-Dramas

Explanation of different K-drama English availability. If you are a member of viki pass plus, you have access to some Kdramas which may be available only through Kocowa, a consortium of the three major broadcaster in Korea, KBS, SBS, and MBC and viki. **Sometimes those dramas are subbed by the broadcaster, not viki volunteers and may sometimes only be available in English.** An example of this is Woman of 9 billion. Subtitles are NOT available at viki in other languages -- this is …

Thank you so much for the information. Appreciate the tip. Sweet dreams.

Hello,
Well, imagine that at the moment I am not looking at anything, it’s the sidereal void. I’m between Mouse and The river where the moon rises.
Yesterday evening I watched an average movie (Are you in love?) It can be watched but nothing more.

Backstreet Rookie he made with same girl. 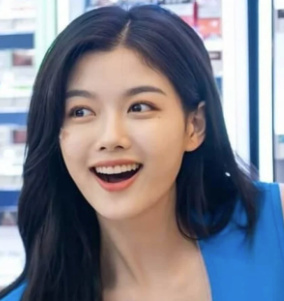 Na In Woo seems a little too serious.

Yes, I was happy that Ji Soo had his first main role, but he didn’t seem to fit the character. Whenever I think of actors that are able to play off a stupid/silly but also serious characters, Yoo Shi Yoon comes to mind 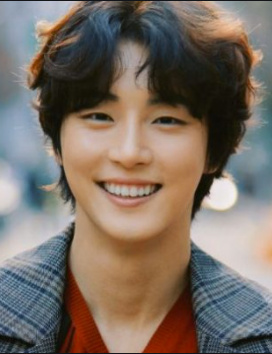 He’s honestly SO good at playing dual roles, I loved him in both Psychopath Diary and Your Honour. He seemed to overdo his facial expressions a bit in Your Honor, but he played identical twins and I was in awe of how easily I could tell them apart!!
He’s such an adorable-little-goofball-but-total-badass not-psychopath in Psychopath Diary…and he really, really can ACT. I didn’t even care about there being no romance in it because his acting is such a pleasure to watch! I love how he moves his face and expresses emotions. It’s not only in his eyes, his whole face expresses how he’s feeling, and I could sit here all day watching him go from gummy, fluffy grin to that cold, badass slit-smile in seconds.

I always confuse those two girls although they don’t look alike so much. Well, I honestly didn’t watched the whole show (Backstreet Rookie) but some parts available in (another site) with very poor quality in it, ads that keeps blocking the scenes; so I jumped to see the ending that’s when I saw they both bowed to the public, and showed the recording crew as an ending of the drama.

I don’t watch school age kids dramas unless I know they’ll ‘‘grow’’ in the drama. That is why I can hardly tell them apart. Thanks for clarifying that for me bc I’m more aware of the girl’s differences now, although I have made the same mistakes before with these 2 girls. lol

PS. I only saw Kim Yoo Jung when she was younger in the drama Mary something and Embracing the Moon. All others, I didn’t like the story so I never saw them. Kim So Hyun, I saw Love Alarm, Fight on Ghost? and I skimmed through another one but can’t even remember what was about. I feel that both girls have so much potential but the roles they give them don’t allow them to grow in the industry. And look now when this girl (Kim So Hyun), has a great role fighting with swords and all, they change the guy, and I refuse to watch because the new guy doesn’t appeal to me for that role. They have no right to decide for the public. They should have done a poll or something and let us decide if Ji Soo stayed or not.

@vivi_1485, I forgot about Yoo Shi Yoon! You are right that he can pull off being both silly and serious. I don’t remember him in a historical warrior role though.

nope, he has only one sageuk Grand Prince… but I read about the character of On Dal and thought it suited him

I’m currently very, VERY impressed with the guy and thought I’ll do a marathon of his dramas while I wait for LJG and LDH to pick new dramas

Check out The Best Hit. I personally enjoyed it. 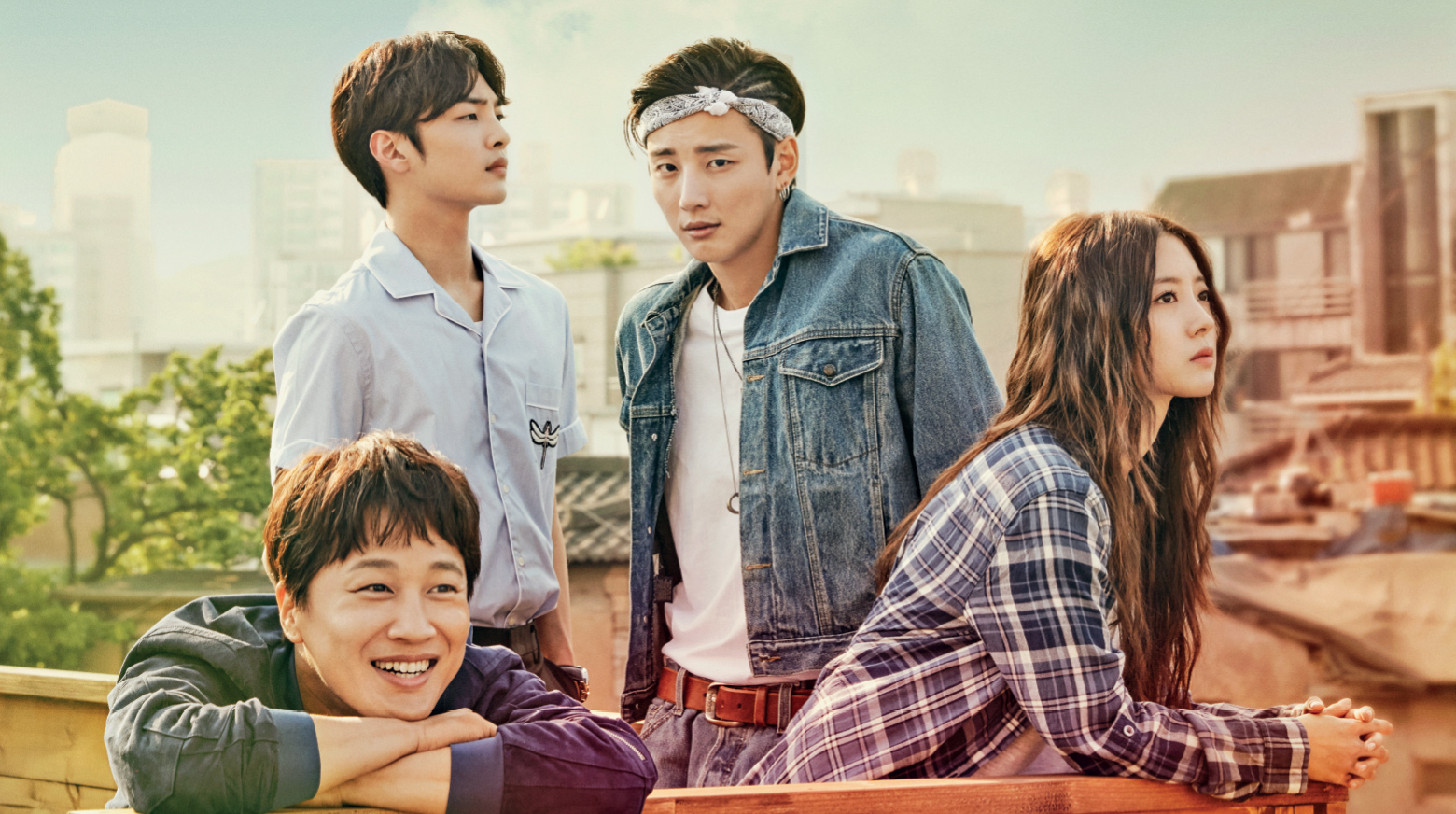 Childhood friends, Lee Ji Hoon (Kim Min Jae) and Choi Woon Seung (Lee Se Young), have grown up together. Sharing both memories and dreams over the years, the two have always been there to support each other, no matter what. Even now, as they’re...

It’s on my watchlist!!! Also please the scene after 33:00 of Episode 10 is the funniest thing I’ver seen in SUCH a long time

it had me writhing on the floor watching that adorable idiot try to use his fluffy little brain for once to ‘sneak in and kill someone’ using The Godfather as a reference and frustrating the HECK out of the actual villain. The entire drama is basically him driving the villain completely insane 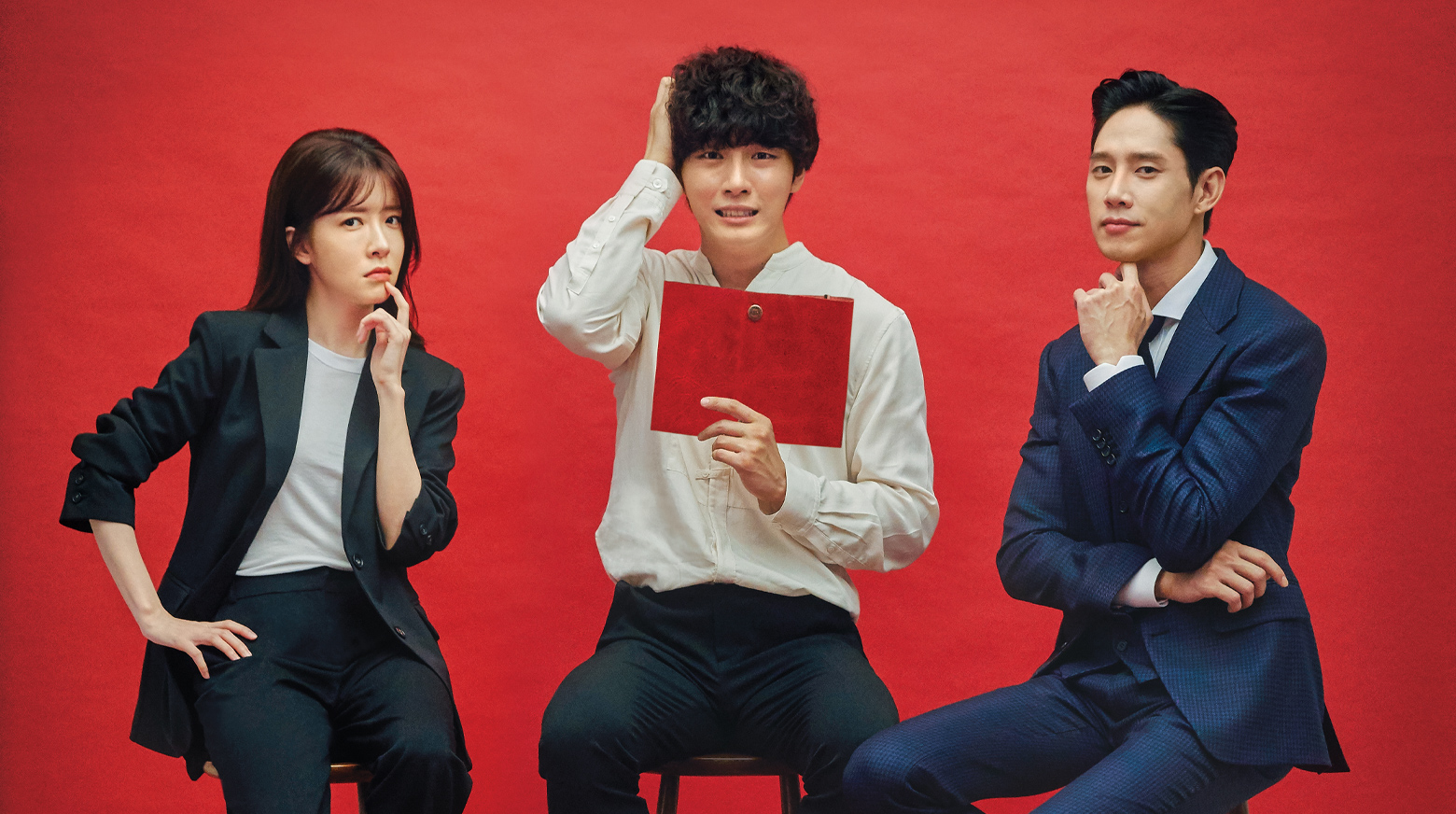 A hard-working employee at a brokerage company, Yook Dong Shik (Yoon Shi Yoon) isn’t the type of guy who stands out in a crowd. Unassuming and quiet, with a timid personality and an inherent inability to stand up for himself, he’s the last person in...