@angelight313_168, I watched the movie Minari with my sons when it first came out. I think it was through some online service for a movie festival. The movie is slow but thoughtful. I am so glad that Youn Yuh-jung has been nominated. She deserves it.

Right now, is 19.99 on Prime to watch it. But I know in 3 more weeks or so, I’ll watch it for free. I’ll wait bc by the long trailer I saw, I could see there’s not too much to see like in Parasite that was one awesome movie, although I hated some parts in the ending.

Oh, yeah that actress is great and she was fantastic on [My husband Got a family] and ever since then (2013) I became her fan. I believe she was the first SK actress that made me cry like a baby. Hope you see it if you haven’t yet; it’s such a great family and fun filled of funny scenes (about 60 episodes).

Btw did you see the ending of episode 4 MOUSE? I’m on pins and needles just waiting if this is a trick they playing on us. If he’s a killer, I’m not watching bc I can’t accept that role from him.

The series SiSyphus is something I know you and your sons will enjoy too. The episodes are so good you feel they lasted only about 20 minutes. I don’t like to move away from the TV from beginning to end bc is that good. Hope you watch it too.

Minari is good but it’s not Parasite. Like I said, it is thoughtful but slow. Just wait until it becomes free. I am going to start working on Episode 5 of Mouse soon. This is one heck of a story. Spoiler, get ready to cry your eyes out at the end of Episode 5.

OMG I’m dreading watching episode 5, and I haven’t had the guts to continue watching L.U.C.A.
I need closure with both; so I’ll watch episode 5 when is ready, and see what happens and will be checking LUCA today bc I need to know what’s going on. I need closure…

Thanks hopefully is good cry and not broken heart cry:pray:

Update: my baby is not a psychopath but the episode is so heartbreaking…

someone help I suddenly have warmed up a little to c-dramas and I wanted to watch the Story of Ming Lan, since both reviews and plot seem to be really, really good. However I saw THIS

and I literally started to tear up WHY WHY WHY is it so long?? C-dramas are really death to binge-watchers

I spent three whole days on the 55-ep long Under the Power and now THIS?! I need to take things slowwww but is it even possible to change?

L.U.C.A., I don’t think I am going to bother finishing the last two episodes. 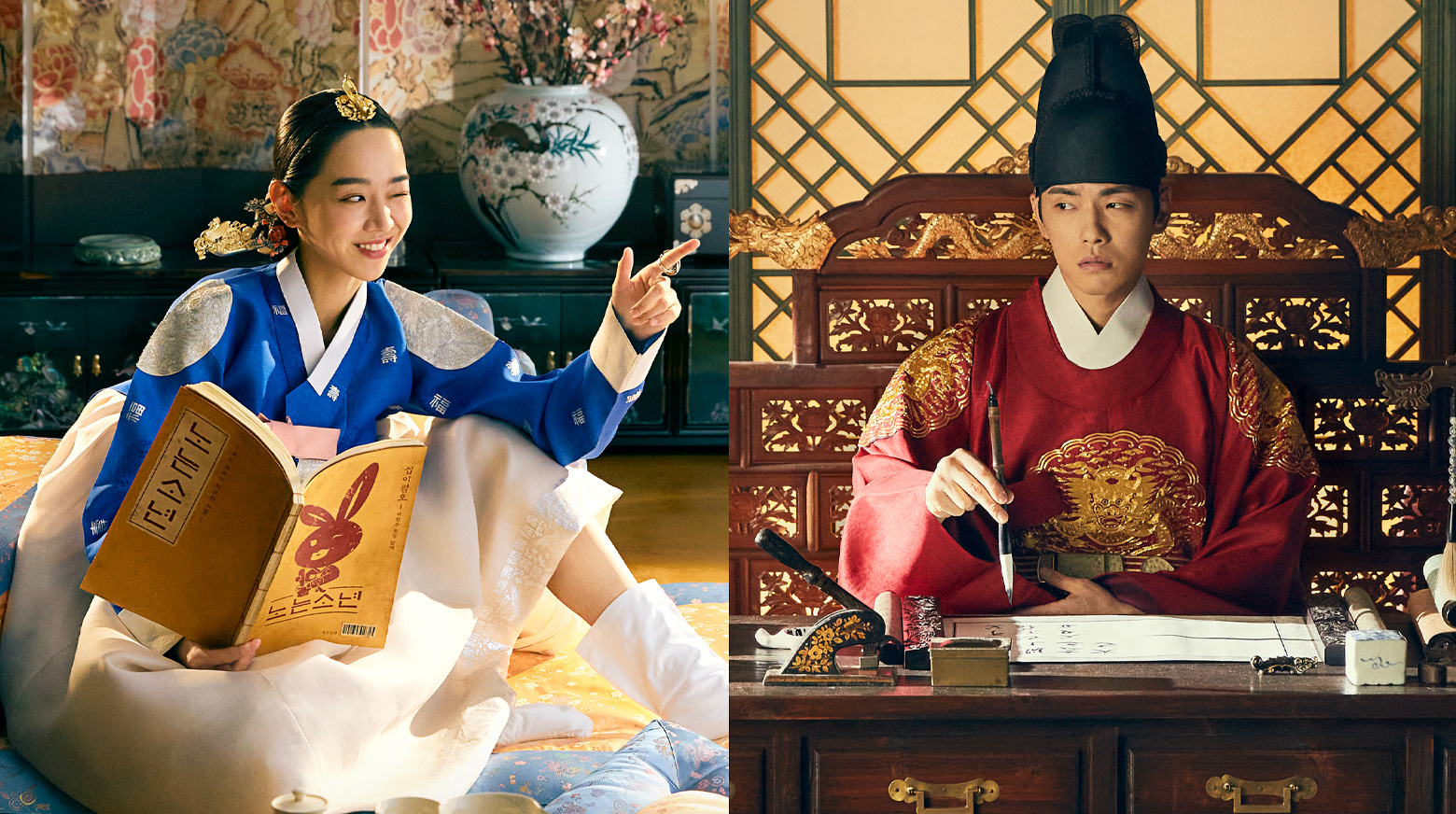 A male chef (Choi Jin Hyuk) has risen up the ranks to find a job cooking for the country’s top politicians in the South Korean presidential residences, the Blue House. He is something of a dreamer – but one day finds himself in the body of a young...

It took me a minute! But I have fallen in love with Kim Jung Hyun! His portrayal of this KING is SO good! Is he a puppet, whimp or maybe NOT! He gets really🔥. And I’m only on Eps 9. Love Love Love Mr. Queen!

Most people fell in love with Kim Jung Hyun in Crash Landing On You. I love both Shin Hye Sun and KJH and they were perfect together in Mr. Queen.

Most people fell in love with Kim Jung Hyun in Crash Landing On You. I love both Shin Hye Sun and KJH and they were perfect together in Mr. Queen.

OH I guess I should have clarified I was in love with the BAD BOY in CLOY! I think in a sec season he could be back…I have thoughts on that!

I had a friend drop Mr. Queen she didn’t wait long enough to see him become who he really is!

I thought Mr. Queen was so hilariously witty. We had strong subbers and tried to translate the humor as best as possible but there were parts where I was wishing everyone can understand Korean.

I love both Shin Hye Sun and KJH and they were perfect together in Mr. Queen.

Their chemistry is electric - that one scene, when "no touchy" was off the table that night! I almost thought we were intruding! But I might hv hit re-wind several times

Currently I am watching the second season of The Penthouse: War in life. I really like Eugenes role and her acting is on a different level. When she screams and cries i get goosbumps. This woman is really talented. And the whole story with all these plotttwists and stuff is so brilliant. Really love it

Me neither I just can’t deal with the way L.U.C.A. turned out. An innocent baby put through so much out of the selfishness of what now in my eyes IS a monster. He went too far in not protecting the baby the right way.

Well, MONSTER is going into the incredulous stage for me. After 20 years this serial killer starts killing ppl. from left to right over the most insignificant things. The priest and old lady dying one after the other, was a bit too much in the story. The old lady should have died of natural causes. Out of the blue Rookie Cop so diligent decides not to pick up his phone? And Detective has to watch his brother die? Too much cruelty in one drama.

That’s so true translation take so much from the jokes. Sometimes I missed the ‘‘punch’’ and was wondering what was lost in the translation. I’m glad you pointed that out.

Mr. Queen was very funny but what killed me was they didn’t follow the story till the end childbirth and all like Chinese version. That was a riot. I think the fact that they dubbed the drama in English help so much in savoring every joke, and hilarious things going on in the Chinese version.

The set, customs, scenery,everything is so PERFECT. The dresses he-she wore left me breathless. If you have a chance check it out GO PRINCESS GO.

Mr. Queen was very funny but what killed me was they didn’t follow the story till the end childbirth and all like Chinese version. That was a riot. I think the fact that they dubbed the drama in English help so much in savoring every joke, and hilarious things going on in the Chinese version.

I didn’t wanna read this because I’m still in the middle of Mr. Queen but did you watch the two supplemental episodes special for Mr. Queen?

Yes I did why?

Oh I just wondered if it answered any questions, I am leaving it until the end. I am only in Ep 8. Just wondering? No Biggie

You made me curious and I went back to see again the two extra episodes, and to see if I missed something but…nope, it left me yearning for something more bc their romantic scenes were so hot but yet so rare.

Actually Chinese version had other hunks surrounding and loving he-she FL, and the story was so perfectly mastered that I wished with the great cast we had in MR. QUEEN it had followed more the Chinese version. YT has short scenes of the episode but watching the whole hour is best but if you want to have an idea why I ended liking Chinese version you should check it out. I{m gonna put a request here and see if we get lucky and more viewers can see it too.

PS I must add the pair of FL and ML were a couple made in heaven so much chemistry and beauty in both side.

something but…nope, it left me yearning for something more bc their romantic scenes were so hot but yet so rare.

There are never enough of those! And I just got a glimpse of one in Ep 8 and 9. Whoosh! Finally a FL that kisses back!

What is the Chinese version called?