I think they are still trying to recruit Kor-Eng. subbers for Bosssm so even the two episodes that are out have not been fully subbed yet. I haven’t checked out Dark Hole yet. Since I’ve had an overload of dark dramas (L.U.C.A., Mouse, and Beyond Evil), I might put Dark Hole on hold for a while.

You should stay away from those dark dramas for a while. [Dark Hole] is scary, and gives me anxiety, but I like the rush and fear I get from certain zombie dramas/movies. I’m sticking with that one since I dumped L.U.C.A. Mouse, and I don’t think I wanna check out Beyond Evil bc the title says a lot to me already.

To be honest, all this ‘‘dark dramas’’ are getting to me already. Bring romance back into our dramas,even all those obnoxious ‘‘cliches,’’ and I think a lot of us will be happier.

So Viki has a new feature now: I got this as soon as I opened the website. Did everyone get to or is it just because I started watching So I Married The Antifan? 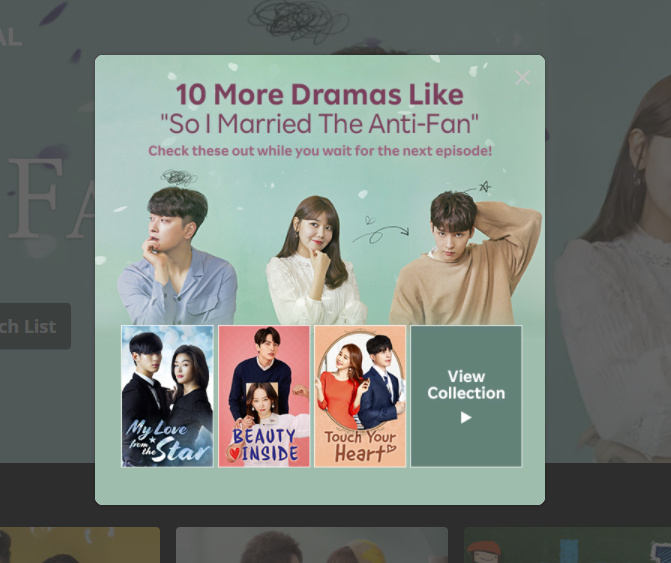 So I Married The Antifan?

Aw, Channa Banana from 2pm! I love him!

(and his heart for 2pm is purple)

I helped with translations for a couple of Teasers, and Behind the Scenes 1 and 2 for “So I Married the Anti-Fan” and it seemed like a cute drama. The drama is being subbed by Viki so at least there shouldn’t be any delays with the subtitles.

I didn’t see the pop-up, no. I haven’t watched the drama though. 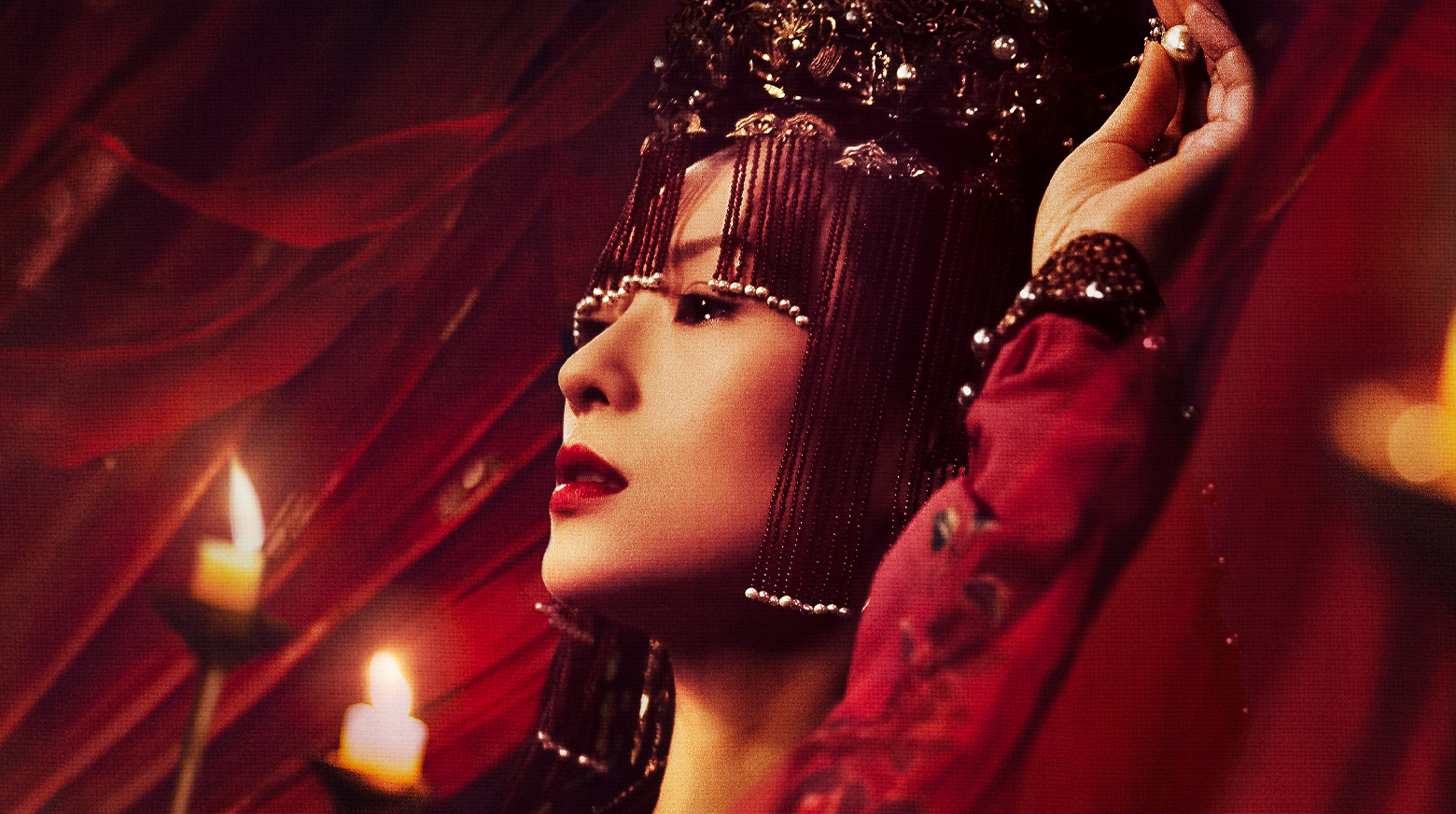 Wang Xuan (Zhang Zi Yi) is a 15-year-old noblewoman whose life is turned on its head when she is forced into an arranged marriage with Xiao Qi (Zhou Yi Wei), a powerful but low-born general. Despite these less-than-promising beginnings, the two form...

@rose_shn @angelight313_168
Anyone else who watched this one?
I felt like at least 30 years back when I was a lot into historical fiction romance novels … Later I would only touch those books when I was sick and would often call them “40 °C books”. It’s my nickname for them, I needed to stay in bed to read so-called trivial novels.

Anyway this drama gave me all kind of feels, the FL kind of badass like Scarlett O’Hara, but yet blended with “Mellie’s genes” - I don’t know if I can make you understand what I mean.
Cast - The leading casts age is more or less 40 years, yet the characters are in between 15 and early 20, given the thought that people back in the days wouldn’t turn as old as today … Well I tried it that way, but it didn’t work, so I just embraced the characters at face value and put the though about age far, far away.
I am asking since I am not the biggest fan of Chinese historical dramas, is there something alike this with “older” actors like in this one?
What comes now? For those who already watch it. I felt that they kind of butchered one of my favorite characters - General Song - his path on the dark side just didn’t cut it for me, or I just didn’t want to believe. On the other hand all there were so many people abandoning their kids like. I can’t get over it, but good for A’ Wu and Xiao Chi since they wanted a bunch of kids anyway.

I haven’t started watching again bc like you said this ‘‘15 year old’’ princess looks like she’s in her mid thirties, and it’s too obvious she’s no 15 year old girl. It completely turned me off to the drama bc there are so many Chinese actress that look like young girls, and this actress wasn’t the right one for the role.I will go back to it eventually, but I found a Gem and is a Japanese movie: ‘‘Memoirs of a Geisha’’ on Ntfx that I recommend to watch.

Is it from 2005? If so I might have watched it back then, I don’t recall too much about it.

Mr. Queen, Tale of Nokdu, and Love is Science

right now doing a lot of “catch up”

Let me know about MOUSE when you finish, and don’t forget to BLUR everything out.I’m curious to know the real ending.

Yes I didn’t even know they had such a great story about GEISHA bc others I’ve seen are too tragic and painful to watch. I was able to finish this one till the end.

finish this one till the end.

I think I remember it more clearly now. I have not watched it. A good friend of mine absolutely loved the book, she gave it to me and I couldn’t read through then the movie came out, and she wanted to watch it, but I didn’t. She later watched it alone and said she liked the book way better.
I just watched the trailer and to think it is the same actress and this movie is now 16 years old!!!

About the age in the drama Rebel Princess - at first I thought they might use the older actors/actresses because of 65 episodes one could think the time span is so long, but actually the storyline is more or less about 2 years …

I liked the ML - I like actors who can use their body, facial expressions and their voices and boy his eyes can “talk”. Unfortunately non of the other projects of him at Viki tempt me.