What I’m listening to:

Foreigner is a British–American rock band, originally formed in New York City and London in 1976 by veteran English musician and ex–Spooky Tooth member Mick Jones, and fellow Briton and ex–King Crimson member Ian McDonald along with American vocalist Lou Gramm. Jones came up with the band's name as he, McDonald and Dennis Elliott were British, while Gramm, Al Greenwood and Ed Gagliardi were American. Their biggest hit single, "I Want to Know What Love Is", topped the United Kingdom and United St...

Oh! and Suga’s 대취타 - (daewitcha)- This is a cinematographic masterpiece. 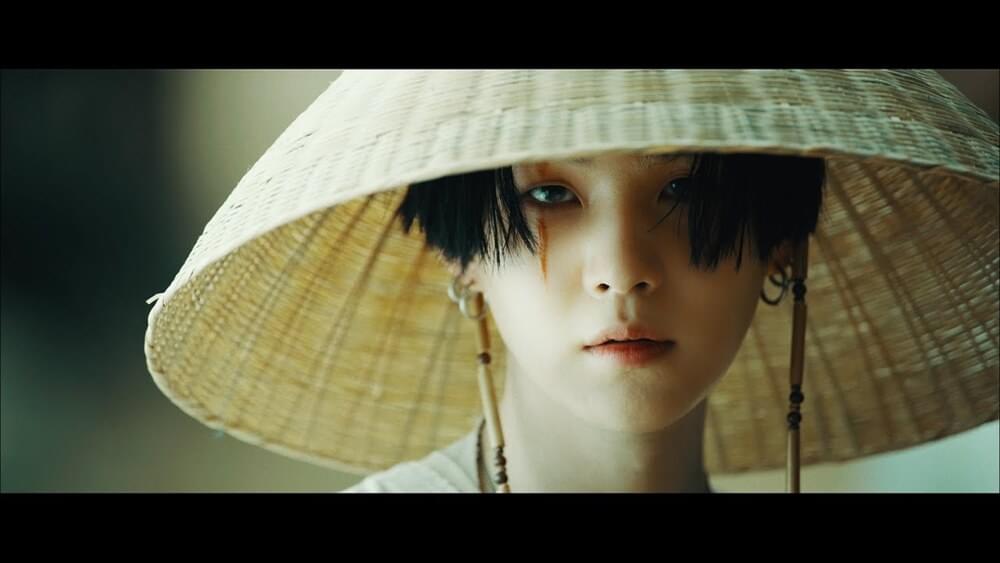 What a coincidence!
Yesterday I listened to

@lutra When this first released I watched it over and over again.
Even found the video of how the special effects were created, here:

When this first released I watched it over and over again

I am not following new videos all that much and YT still doesn’t know what to suggest me because of the various music types I like.

These days I follow our regional radio station as they let the people vote for their most favorite songs. 10 songs - voting system 10 points for your most favorite one down to 1 point for the last one you wished for - now they are playing for days 1000 songs and it’s such a refreshing mix. They do this every year normally they do this in a “transparent/glass” studio travelling to a different town, but this year because of you know what - they stay in their regular studio with webcams so people can watch them that way.

About the video, one of the first I saw using this was probably Peter Gabriel but some 20 years ago, but the technic was not as refined as now.

Yesterday on place 215, guess who? Coldplay with fix you

205 has another Coldplay song Viva la Vida, so I chose 206 a German song, sung by a former singer and actress, with two lead singers of famous bands from her hometown Cologne. It is about that when you pass away that you are not fully gone, there will be things that remain with the people next to you.

I like that mixture one is Pop, Rock, Metal, Schlager, Movie Soundtrack, Classic, it’s a nice mix.

I am not following new videos all that much and YT still doesn’t know what to suggest me because of the various music types I like.

So what do they suggest?

That reminds me of 2 different Dutch radio events:

Serious Request is a family of annual multi-day, multimedia fundraising events for International Red Cross initiatives, typically hosted by radio stations in the week before Christmas. The project was begun in 2004 by Dutch public pop music radio station 3FM. Serious Request projects have since been adopted in Belgium, Switzerland, Sweden, Kenya, South Korea, Austria, Latvia and Portugal. The DJs make an interactive, themed broadcast around the clock, while regular programming on the station ...

The Top 2000 is an annual marathon radio program, that plays the 2,000 most popular songs of all time. The show runs 24 hours a day, starting Christmas and ending on New Year's Eve. The show is hosted by Dutch national radio station NPO Radio 2. A significant part of the population of the Netherlands listens to the broadcast each year; during the 2019 edition, Radio 2 had a national radio market share of 17.7 percent. Because of its popularity and notoriety, the show is often ca The Top 2000, fir...

So what do they suggest?

Wait I will just open it and put them here

Top 10 - first music suggestions for me at YT

That’s why I do not like these so-called suggestions - I would rather than same stuff I looked up weeks ago, or almost the same, some random selection would be more welcomed, oh and if I could get rid of games add with tanks and stuff, or violent trailers for certain streaming portals, I would be thankful, and those always repeating language and grammar apps, … it’s annoying.

oh and if I could get rid of games add with tanks and stuff, or violent trailers for certain streaming portals, I would be thankful, and those always repeating language and grammar apps, … it’s annoying.

You can click on the i in the add and then choose “don’t display this add anymore”.

Thanks for the info, but I wonder what will come next LOL

Then do the same for the next one, hahaha!

do the same for the next one

you know while waiting for an add, it seems like forever to get one, haha, when you don’t want one, that’s when they always surface.

But at least that means you’re free of adds for now. Enjoy it while you can!

your problems will be over …

Finally an add but it doesn’t work for me it only tells me the reason why this add was chosen, so I guess I will be back at skip add …

That’s strange. At the end of the pop-up with the reasons there should be the option “Don’t show this add again”. And when you click on it, you can choose between 3 different reasons why you don’t want to see it again.

Has to open 15 videos to finally get an add at the start, if you need one …
Maybe it’s different for Germany I don’t know 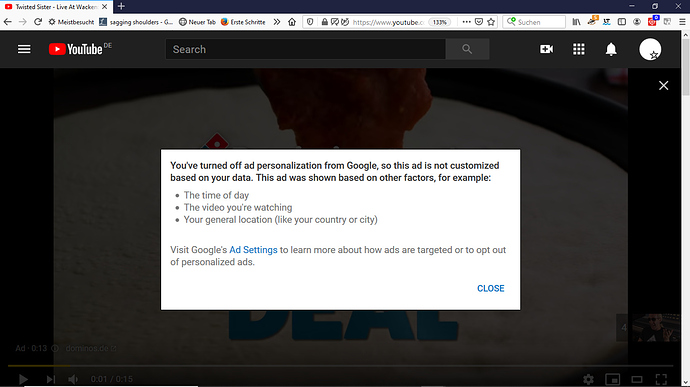 Sorry I didn’t cut it smaller I always only have some minutes to read and answer so time saving where ever possible.