This change in spellings was brought due to complications with typewriters. Typewriters couldn’t include all 48 characters of Hindi (or something something), so the government decided to skip on those 5 characters from Devanagari when they appear without अ sound, they were-- ण, न, ङ, ञ, म।
If one of these characters appeared with halant, instead of writing them in half, Government decided to use anusvar for them. (Only if these characters preceded another character from their section called varg)

On the other hand, if the last character from a section is followed by a character from another section, anusvar will not be used.
For example, वाङ्मय, since म and ङ are not from the same section (one from क ख ग घ ङ, another from प फ ब भ म) ं wouldn’t replace ङ, hence वांमय would be incorrect.

Since न and द are from same section (त थ द ध न), anuswar will replace “न” Hence, even though the word is pronounced हिन्दी, correct spelling is हिंदी।

Since this is a rule made for Devanagari, all other languages using this script will also use the same rules (I suppose?)

Since this is a rule made for Devanagari, all other languages using this script will also use the same rules (I suppose?)

I don’t think so, sanskrit and hindi are different.
Hindi varnamala were borrowed from sanskrit.
Our sanskrit teacher told us.

Yes, that’s correct. I think only Sanskrit doesn’t use these rules for fifth character. The only immediate example I could think of was paṅkaja which is spelled पंकज in Hindi but in Sanskrit, the spelling is different. I don’t remember the exact spelling (it looked complicated, something like this पङ्कज?)
Similarly, in Hindi this is correct spelling कंठ, in Sanskrit, this is the correct spelling of कण्ठ “Kanth”

I saw another Marathi page citing this rule, so thought all Devanagari languages used it, completely forgetting that Sanskrit exists. 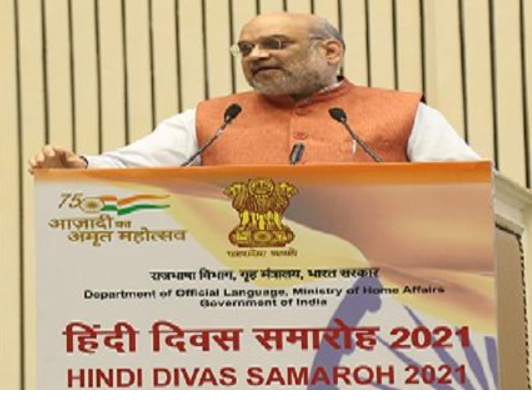 Then I think we should follow amit shah ji!

But Viki re-structured the communication and the guidelines, so in principle it is against the rules …

I somehow missed where they wrote strike is against their rules. What do they want to do then, hiring professionals? Using autotranslate although they can only use it for 1-3 languages instead of 20+ as the slogan says?

It’s just that not many people take newcomers to their teams.

Are you sure it’s the “mod’s” decision and not connected to VikiPass?

I know from couple of OL mods in my language that Viki locked so many shows behind VikiPass that they can’t accept anyone without QC (because recently you need very often VikiPass and QC at once).

So some mods may only accept QC bc that means being on the safe side of forming a team without the need to reorganize it.

I somehow missed where they wrote strike is against their rules.

Would you think they literally add it in the guidelines?
But how is it? Volunteers should not demotivate others and keep a positive atmosphere, how would that go together with organizing a strike? And I think Viki is no longer in the position that they must rely on volunteers, if they really wanted to they could hire the people by now, but there is where we are stepping into speculations.
We will have to wait and see what is ahead.
I don’t have a crystal ball, so let’s not start a guessing game, the Viki back then when we were on strike was different from today Mr. Razmig Hovaghimian got in contact with us personally, or he had a good secretary, whatever the Viki back then was still a start-up that needed the volunteers, now there is Rakuten Viki and that is a whole other dimension. I still wished they had taken a different way of communication, but we are not the head of the company.

To give you an impression the Viki back then made volunteers’ work hard because we had to monitor the comments, when shitstorms came in we had to bury them in a comment flood, if we did’t want to see them take the first row, we did not have the ability to delete anything.
We had to ask people to not watch the videos right away, because the servers were at their limits and the lag caused made the segmenters “biting” their ways through their parts. Subtitlers had to wait for seconds for one subtitle segment to be secured. So everyone had to put more time into their volunteer job, or they did less because it took too long.
We were insulted by users, who said we were greedy for power, when all we wanted to have a good work environment and not to need 4 hours, what could have been done in 1 hour.
We wanted direct communication and for a short while, maybe up to 6 months less or more, there was a kind of eye level conversation.
It really felt like we all were pulling in the same direction, but I don’t expect anything like that to happen again.

Volunteers should not demotivate others and keep a positive atmosphere, how would that go together with organizing a strike?

I wouldn’t interpret it that way because abusing people for a profit-oriented company is not what I’d call positive enviroment and since they already pay people for translating it shows they could if they want - or if less people let themselves being abused that way, especially in a situation like now when many lost their jobs, and/or get less money than before while the online sector is growing in every branch, especially when it’s about entertainment pages.

Thank you for your insights

I wouldn’t interpret it that way

Well, the guidelines are no company guidelines, they are for the volunteers, so room for interpretation is almost zero.
If you happen to find the Viki company guidelines, means the internal guidelines, that would be interesting, but I guess we won’t get to see them. I don’t think Viki will think of its own company as abusive, because for anyone to take on a normal job or a volunteer job it will be considered a free choice. In theory, you can start when you want, and you can stop when you want, I know that depending on one’s personality for some it might be easier for others it won’t.

or if less people let themselves being abused that way, especially in a situation like now when many lost their jobs,

Viki - for some, is and has been a way to “escape” reality, it is not always bad, but we all know that for most things we take on in life we will need to find a balance. If the escape becomes more reality than real life, then we tend to do more and more with or without realizing it. Again, this might be a conscious decision for others, they might subconsciously just slip into this role. Either way, you can’t really say it is Viki’s fault.
The situation the world is in right now - it’s not easy for anyone. To stay in job, or to find a new one, the condition one is living in right now might be completely different for how it was almost 2 years ago. In the past entertainment was growing after any crisis - financially or because of wars, since now technology is so far advanced, it doesn’t grow after but in the crisis, since this was the one thing you could do at home without bringing yourself or your loved ones in danger.
How Viki will develop in the future, we as the “tiny wheels in the gear box” of the company unfortunately hold no ground, we are not organized, we don’t have a say. Of course, we can make suggestions, our biggest problem is that most of the time we simply feel unheard, so when months/years later some suggestions we mentioned are realized we think - Oh, they did listen, but since there was silence for so long, we feel neglected and ignored. That is the point of communication, I mean - it is just not possible to get feedback.
If I forgot to address any point you mentioned, tell me my power of concentration is not the best today.

I know what you mean and the aspects you mentioned are some that could always appear with many different hobbies:

Viki - for some, is and has been a way to “escape” reality, it is not always bad, but we all know that for most things we take on in life we will need to find a balance. If the escape becomes more reality than real life, then we tend to do more and more with or without realizing it. Again, this might be a conscious decision for others, they might subconsciously just slip into this role. Either way, you can’t really say it is Viki’s fault.

My point was not about escaping reality or losing a job due to internet activities. What I mean was that without the volunteers’ work Viki would earn way less money (I doubt people would subscribe for autotranslations, especially since they don’t have 20+ languages developed in their software yet and those YouTube creates are still very poor).

So instead of giving something back to the community, those who are part of making Viki big/ger they just take and keep all the advantages for themselves and don’t even improve the tools for better workflow.

(And because of losing the real life job due to global crisis, some quite good volunteers I know quit working for Viki for free because they feel that spending so much of their time for a company without being paid is a waste. It’s not charity at all. It’s not even Asian-intercultural exchange anymore because the community does not interact with Asians, they just consume passively / translate. And since Netflix offers more Asian content now (that’s often more mature and interesting), even arte shows Japanese shows and Asian movies more frequently again, most Chinese dramas are free to watch on the official Chinese studio pages or via official YouTube channels, Prime has some Asian movies and shows too… I wonder where’s the legitimation for stating biggest Asian entertainment “community” worldwide. Feels quite mislabelled now).

Since this topic is about communication with HC, I’d just link one of my posts in HC here, please go upvote it (if you want to)

Thank you, the response was really fast. The spelling in Discussions is now correct. I’ll wait for the correction to happen in subtitle editor.

Glad to hear that!