Which languages should be removed by Viki?

Today I reported a user straight to Viki again because the user was copy pasting from Google Translate. Before I added that person to the team as a subber I made clear that doing this is against the rules but still this person did it, most likely thinking she wouldn’t get caught. And this was not a completely unknown language. But lately I get requests for languages I never heard of before, a little while someone wanted to be a subber for “Shindi” and that seems a ‘language’ spoken in the Pakistani region of Sindh but is not recognized as an official language.

This all had me thinking like maybe it’s time for Viki to limit the options because how high are the chances that a genuine subber from the Shindh region comes on Viki, decides to do all the work on their own and then who will watch it in that language?!

Now to keep it close to home for me. my native language is Dutch but I have various options to pick from.
Dutch: We sub in that obviously.
Limburgian: Is a dialect used by people from .Dutch province Limburg (and maybe the Belgian as well). People from Limburg usually use Dutch to sub too.
Frysk: Which is a language on it’s own used in the Dutch province Friesland. As the Netherlands is so tiny I wonder if any Dutchie from Friesland ever picked that option to sub into and just going for Dutch we can all speak and understand.
Flemish: I can’t find it listed anymore but it used to be an option. Flemish (Vlaams) is spoken in Vlaanderen, Belgium. But most people from Belgium either pick Dutch or French (or both).

The Netherlands is a rather small country and Belgium isn’t big big either and still we have multiple options. I don’t think The Netherlands is the only country that has multiple options listed. And from those options which are actually used by genuine subbers who really sub in that language and not use it to abuse the system? It happened quite a lot that work from other subbers is just copy pasted in a rather unknown language because someone wants to be a QC fast or maintain that status.

Yes it’s great Viki is all about building bridges and get rid of language barriers but I think that as the community is growing, as the volunteers are growing, as the abuse of the system is growing… I think it’s time for Viki to really look into the language options they offer and how much of those are used by people in the correct way.

So which languages should be removed in your opinion and why?

A few days ago I saw a “language” in the list I had never even heard of: Lolspeak 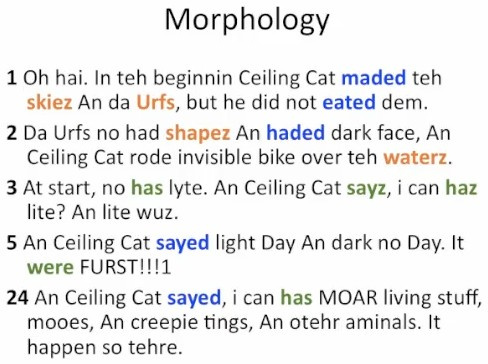 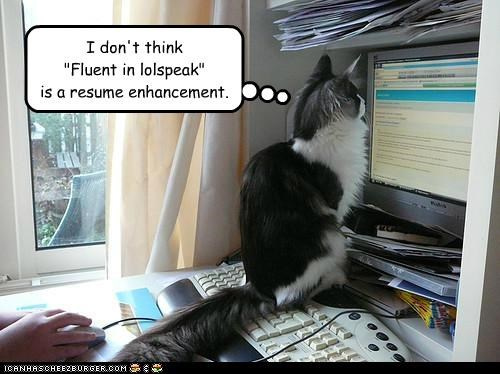 Obviously, Lolspeak is not a language that “builds bridges”, since it’s just English with a lot a spelling errors.

In general, though, I would say keep all genuine languages. And I don’t necessarily mean only “official” languages, but languages that could be someone’s mothertongue. I wouldn’t like to exclude anyone, just because their language is “not important enough”.

I do get your problem, though. It can be hard to check the sincerity of volunteers of less known languages. But if all CM’s who didn’t speak Dutch hadn’t allowed me to be in their team, I would have had a lot less subs than I do now.
You might consider keeping the “suspected” languages away from your team or maybe find some way to check them. But totally removing them as an option doesn’t seem right to me.

Lolspeak was used (or is still used?) during segment training sometimes. Ohh and frysk can stay because that’s a whole new language. I more talking about the dialects like Limburgian.

The segmenters have to sub in Lolspeak? Or do they just use the space to not mess up other languages?

Actually, Frisian, Limburgian and Dutch Low Saxon are all official minority languages in The Netherlands.

The segmenters have to sub in Lolspeak? Or do they just use the space to not mess up other languages?

Did anyone ever ask to be the Lolspeak moderator, though?

did you also put her out of the team (s) she was on so she can’t do more damage on the show where she did that? would be a shame if she can do even more damage with subs before she is stopt by viki.

In my opinion, they should remove all language that are dialects. They also need to remove language that have no viewers (like that Lol I bet it has no viewers so dramas need no subs in that language anyway).

I noticed this happens a lot here (when I was a moderator it happened to me a few times) some people say they know a certain language, and if we don’t have other people that can confirm for us that the subtitles are (legit) correct, who knows what garbage they are adding as subtitles in the drama/movies/shows/documentaries?

Yes, we can use a translator but we won’t know if they are using the correct grammar in that specific language, too. We will not be able to spot other stuff that are important when writing subtitles in a drama.

I had an experience with a subber who said she knew this language, requested to be added as a subber, and did the subtitles in the documentary. I was a moderator (while back), at that time and I only know Eng/Span, but another viewer who knew the language mentioned in a comment that the subtitles in the drama in that language were very wrong.

I was able to confirm that the viewer was right because the sub my subber wrote, made very little sense when I used the translator; but when the viewer gave me her --’‘modified version of the sentence’’ to check the subtitle as of, her sentence made 100% sense when I checked with the translator. I ended up using her as a subber, and to this day I see her working in many other dramas. Btw, I did reported the other subber, who now hates me. But oddly enough I still see her around here asking to be a subber in dramas with no luck. She’s around Want to Subtitle. Everyone beware…

did you also put her out of the team (s) she was on so she can’t do more damage on the show where she did that? would be a shame if she can do even more damage with subs before she is stopt by viki.

Yes, I kicked the person out, collected evidence for Viki and left the subs for time being so Viki can see for themselves.

What we also could do (perhaps), would be (temporarily) removing the perks for the unknown, rare languages. That way the sub collectors would stay away since they’d get no bonus, yet genuine subbers would still get a chance.

Did anyone ever ask to be the Lolspeak moderator, though?

Not that I know and if someone would ask me they won’t be added as then my alarmbells will start ringing very loudly.

None in my opinion.

for languages that are dead since a millenium, the evolution of languages created new words that would be either difficult to translate or impossible (for ex: technical things like medical, legal, technology that didn’t exist yet at the period of the language). If it’s impossible, then maybe rename them into languages for academies. That would be useful for training.

We still have Latin subbers, though …

If we use lolspeak for practising, I think we should rename it. “Practice Corner” or something like that. Otherwise someday, some CM might get this message:
ID LIEK 2 BE TEH LOLSPEAK MODERATOR 4 UR DRAMA.

But I agree with you that we shouldn’t exclude anyone. And apart from communication, languages also have some sentimental value, at least for some of us.

So, we’d better find some other way to reduce abuse.

Good.
may i know if i know her and maybe work with her on a show that you are the CM of? because I’m just afraid that it is someone I know and that there will soon be holes in the subs of episodes that are finished and may have to put them back in later.
that would be such a shame.
especially because we have almost completely translated that show into Dutch.
Don’t realy have to know the NAME, just want to know IF i know her.

It’s not a Dutch subber and I don’t think you sub that Kdrama. Someone alerted me about the abuse and asked me to check

Thank god!!!
would really be such a shame if it was as there are only two episodes left to be translated to dutch from that whole show that i was talking about.

re: Lolspeak. During browsing various channels I actually found someone whom viki appointed as a channel manager for an old drama for which he has done zero contributions. He had become a QC in contributing lolspeak subs. I complained to viki staff but nothing was done. Lolspeak is not a language viki used to also have an artificial language on the list. I sent them an article about the language which had about 100 English words and nothing more. A subber claimed to be subbing in the language but was copying completely the English subs. Thankfully the language was removed.

Thankfully the language was removed.

Then apparently it has come back. Lolspeak is still (or again) an option in the subtitle editor.