It’s probable to deduce from the lifting her from the table like a stack of text books to this hovering in mid air with shoe laces dangling that the wire rig operator is the brother of the producer and wasn’t working on a fantasy period drama at the time.

Did you watch the whole drama? Was it like this throughout?!

Ok what is with the slow-motion happen to fall into each other kiss they do!!! WHY and with those Deer in the Headlights look!!! WHY WHY WHY! And - He’s the boss really twisting the lip press around. This one might not be for me!! URRRRGH

feel pain in a lot of kiss scenes in Strong Woman

THE HOTTEST Kiss was by LJS. No one can match this.


This kiss is HOT HOT HOT!
W 2 Worlds
I love LJS - and I have seen outtakes of this - it got steamy in that room!!!

I saw the actual scene minute 33:01 while the Director gives them order how to do the kissing scene, (which I shouldn’t have and regret doing), and the kiss to me was not remarkable at all bc it was too staged. Plus the mouth from both parties looked completely closed, not a realistic enough kiss at all.

I know I have posted this one but I’m missing my Kim Jae Wook! I love him!
He has been VERY Quiet lately! Except I know he bought a new house

I have to see this one, looks good lol

Oops and the Blindfold kiss - Lordy have mercy
This is one of the most flirty - best - chemistry dramas that I have watched!

I have to see this one, looks good lol

Kim Jae Wook is one of my favorite actors. I saw him as a second or third lead in Coffee Prince and I starred and starred at him! I love him. I think he is one of the most sensual actors. 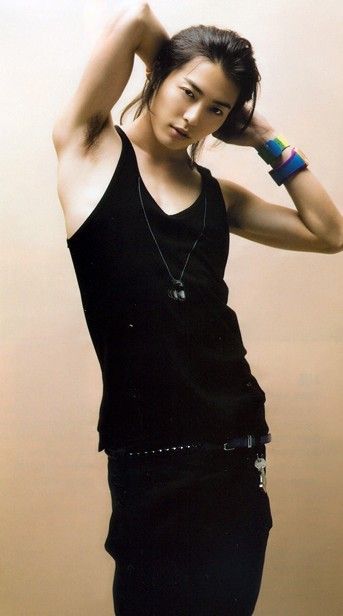 OK - I just watched that blindfold kiss like 4 times!

I think the drama Que Sera Sera had some good kissing scenes, but this drama is sometimes hard to watch since people are hurting one another.

starting around 6.20 there it gets fun, not the kiss is the main thing but the conversation the both have, she manages to mute the playboy, if I remember right he is taunting her that she never kissed before and she lied she did, and he discovers the truth kissing her … and she kind of like just asks him to just teach her LOL

It’s a lot about poor people being used by rich and let themselves be used since the rich ones promise them the moon and the stars, however in the end there are a lot of scars and a lot of pain, so if you decide to watch this drama be prepared.

I have the hardest time getting people to give Eric Mun a chance in Another Oh Hae! I loved this drama and he is a boy bander (I just found out)! He is a GREAT kisser and this has very grown-up scenes I wish there were more dramas like this one.

That elevator kiss was GOOD and when he whispers! Oh MY!

These are my kinda kisses is that Eric Mun??? WHAT
Oh my goodness - it is Eric Mun! Now I have to watch this he is so

Aw - this drama is not on VIKI

Eric Mun is one awesome actor and his kissing scenes are all great so real although he’s a married guy he does his job as an actor almost to perfection. Hope you give this drama a chance. I have re-watched about 5 times and he never fails to delight me with his romantic scenes.
SPY MYUNG WOL

I was watching one he made recently, but I didn’t like the girl in it; so I pospone it to a day I have nothing else to watch, and so far my days are full lately. NTFX is on a roll with great dramas/movies. RViki has several that are my fave so I’m one happy camper lol

PS I don’t like the girl’s acting so I stopped watching THE SPY WHO LOVE ME. I didn’t even saw K2 although I adore the ML bc she was on it. I only saw 1 drama with her in it but can’t get myself to see anything with her in it.

I found it but the quality isn’t great! I wish VIKI had this one it looks good! I like a good SPY thriller

No, I excused it for this drama because the plot itself is sheer chaos

is the brother of the producer and wasn’t working on a fantasy period drama at the time.

LMAO I didn’t think the lifting her from the table one was wire-rigged!

Did you watch the whole drama? Was it like this throughout?!

Nope, the next few kisses all go in this pattern:
ML forces kiss > gets SLAPPED. HARD. > both sneeze > Sense of taste goes back to ML > ML loses it in a few hours > force kiss > SLAP…you get the idea.
ML doesn’t even flinch at the slaps, he knows it’s coming. FL doesn’t hesitate to slap, she knows the kiss is coming. (he’s not domineering or anything, they have a contract because she “stole” his sense of taste. idk why she keeps slapping him when she’s the one who signed the contract)
She eventually stops slapping him after she falls in love. Wine wine wine wine and more wine.
They live happily ever after. Wine wine wine wine and more wine.
On a whole, pretty good drama, though I felt the FL needed a few attitude adjustments.

None of these are spoilers, it’s the whole plot of the story.

I didn’t think the lifting her from the table one was wire-rigged!

There are 2 frames that the post production VFX software that scrubs out the wire got fooled and gave the game away, there’s also three other clues in the way ML starts the lift and in the dynamics of the way the FL moved.
The producer and his brother went to all that trouble to create the most romantic and unique kissing scene in the history of kissing scenes but it obviously had the total opposite effect on you

I might give it a watch later as a fantasy filler but Kim So Hyun and Li Yi Tong releasing a drama back to back is causing chaos to my binging schedule at the moment!.