A note to myself.

English subtitle in a drama.

[I had something I really had to request of you] - Grammatically incorrect.

I found this subtitle in a drama, and lately is a very common thing to see, but written that way in [American English] is considered grammatically incorrect. I don’t know if in OL that sentence is also written wrong, but for example, in the Spanish Language the use of double negative is considered grammatically correct, but in American English is not.

Example of correct use of had in a sentence:

Had had must be together in order to be correct in a sentence.

The second had is used to form the present-perfect tense when we combine it with the past-participle-form of the verb.

I want to mention the wrong use of double negative in the sentence/subtitle. American English style. Not discussing about OL.

A double negative is when two negative words are used within a single clause. Sentences with double negatives are not considered grammatically correct in American English, and besides the fact that they can be very confusing.

Double negatives are generally discouraged in American English.
.
Ironically, many other languages, and some English dialects use double negatives, and they are not considered grammatically incorrect.

We do remember the word [ANYWAYS] use in dialect form; common in the Southern area.

When we write subtitle we just need to analyze things better as to the viewer/audience we are writing it for. Once we know the target audience we can work accordingly when writing subtitles in dramas/Movies/Shows.

Hi @angelight313_168
This is just a quick message to let you know that I’ve finished Ep 16 of One The Woman. I hope you enjoy the rest of the show.
Best regards,
Manganese

Thank you so much! Will do that today. Had appointments back to back this week.

@manganese and all team members for [one the woman]

It’s 1 am Eastern time and just finished Episode 16 of ONE THE WOMAN
To all the team members in the drama I say: THANK YOU FOR SUCH A GREAT WORK DONE!

It’s wonderful to enjoy a drama so much when the subtitles are almost perfect (nothing is perfect in the world) but u guys came very close to it. I enjoyed every word I read as I watched the scenes. There’s nothing better in dramas/movies, than good subtitles in them. The ending was awesome almost brought me to tears.

Thanks again for taking the time to edit what I knew from the beginning was a great drama. I appreciate the fact that you cared enough to show not only me, but all the viewers, and all RViki personnel, that QUALITY in the subtitles is always number 1 priority given by the VOLUNTEERS here at RakutenViki.

It’s 1 am Eastern time and just finished Episode 16 of ONE THE WOMAN
To all the team members in the drama I say: THANK YOU FOR SUCH A GREAT WORK DONE!

It’s wonderful to enjoy a drama so much when the subtitles are almost perfect (nothing is perfect in the world) but u guys came very close to it. I enjoyed every word I read as I watched the scenes. There’s nothing better in dramas/movies, than good subtitles in them. The ending was awesome almost brought me to tears.

1,000,000 times “Thank you” for saying this. I’ve passed the link to your post onto the other members of the English team so that they can get the same buzz of excitement that I felt when I read it. By the way… I experienced similar feelings as you when I watched Episode 16. There are some quite touching moments. It was a fantastic drama.

All the very best to you!
Mn

I forgot to mention that I loved the short but detailed enough explanation between parenthesis of a saying or phrase which Honey Lee loves to do so much! lol
I was so pleased that they were so helpful in making me understand what her character was saying; like the Bermuda Triangle one comparison. I saved it in my notes for future reference.

Those little details make watching a drama so much more enjoyable bc the guess work is left out the door. I hope others follow your great work example, and add more joy to the viewers while watching a drama by adding that extra touch (as long and is short but detailed enough).

I wish RakutenViki gave certificates or a public acknowledgement/praise here to the team/teams that give all that extra love and care in the dramas. You guys deserve all the praise. Thanks again!

I saw a translation for 정신 차려. ‘Wake up and smell the coffee.’

There wasn’t a single coffee in sight. Is this an English expression?

Yes, that means face reality/accept reality of a situation you need to accept/fix, for your own well-being.

I have been there many times so the English saying is always on point for me.

Let me give you an example: but it can be so many different things, but in my case it was a cheater I was with and I believed all his lies, and my friend told me what was going on and she added: ''Girl, you need to wake up and smell the coffee already!. (By the way in this sentence my friend was telling me; It’s time to leave him already!)

Thanks for sharing this. I’m glad I could help.

Aha, then it makes sense for the English subtitle. We don’t have this expression in Dutch. We’d just say ‘word wakker’ (wake up).Becauese the expression was literally translated to Dutch and they were sitting at a table, I started to scan the table to find that coffee and I was confused when I couldn’t find any lol

I do that with many Asians sayings, too.

Can you share one or two of your sayings in Dutch? It would be nice to know some Dutch sayings. Thank you.

I haven’t heard of that saying, either. Technically, we shouldn’t be including sayings/idioms at stuff in the subs for OL teams and English viewers from all over the world.

vivi_1485
I haven’t heard of that saying, either. Technically, we shouldn’t be including sayings/idioms at stuff in the subs for OL teams and English viewers from all over the world.

First of all, this is exactly what I’ve been writing about all along in this thread. The fact that some subbers are doing here at RViki wrong translations, wrong EDITING etc. because they really don’t know what they’re doing. But YET, they are working in many, many different dramas, movies, shows etc. (and I heard some are even getting paid!)

In this case, is undoubtedly obvious the person/subber did not know the DUTCH language (since it did a literal translation), and in top of that, added his/her familiarity with an English saying. It was irresponsible of this and many other subbers to take the liberty of adding these English saying/subtitle in a language it doesn’t exist at all (IT SHOULDN’T BE DONE IN ANY LANGUAGE PERIOD!) because that’s the reason we have so many subtitles that makes NO SENSE to the viewers worldwide.

Although in that specific scene that English saying may apply and make sense to an English speaking viewer, and it won’t face us, the fact that in the Dutch language they don’t have such saying, it was a HUGE wrong move on the part of that subber. But it surprises you that this is going on in here? Because it doesn’t surprise me at all since it’s nothing new, and I have been pointing this out for a long while now.

Now, we all know there may be Dutch saying that although written differently in the End, they Do mean the same thing. If the subber had put more care into the quality of his/her work, they might have used in Dutch a saying similar to be used in that scene. According to @oriya they only say: ‘word wakker’ (wake up) that I have a feeling means the same thing except the coffee part of course.

ANYWAY, I did explained what that saying in English means to @oriya to let her/him know that although the saying doesn’t exist in the Dutch language, the subber probably felt it ‘‘FIT’’ the scene, and even though it was the wrong move, and proved what I’ve been saying all along about annoying subtitles, by now we should ACCEPT that this situation might never change and if anything, might even get worse.

SOME SAYINGS THAT WON’T WORK IN OL 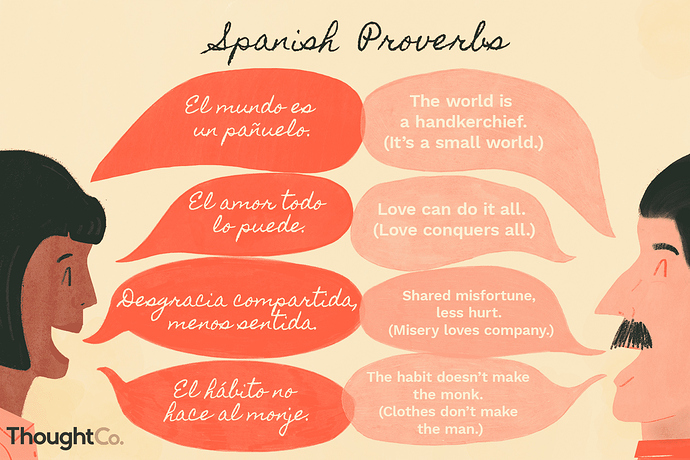 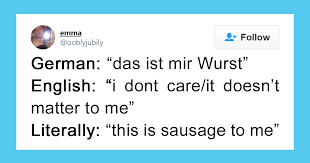 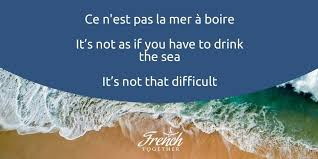 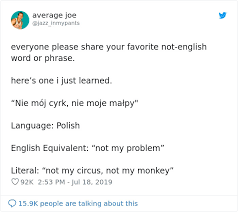 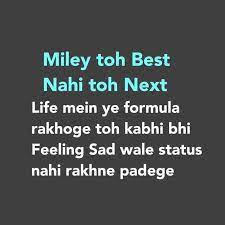 @poeticpeep watch this video so funny

@damiechan
Back in 2021 you and many others wrote that a certain subber was working doing DUTCH subtitles that were really bad. Do you think is the same person that did the ‘‘wake up and smell the coffee saying?’’
here is link to that thread…

But before that, I had actually never heard of them before. Now they are making Dutch subs?

Yes, they have made Dutch subs before as well

hehe thanks i practiced well. Maybe i will soon start my training.

Here are a few Dutch sayings

1.+4. same here in German, 3. turns out a bit more rabiat:
" …würde jemanden am liebsten an die Wand klatschen" (would like to smack someone against the wall… and wallpaper over it)

Wow, the 4th is almost exactly the same as the Polish one: kota nie ma, myszy harcują.
The only difference is that “harcują” is not exactly dancing on the table, but just doing weird stuff in general (which might include that activity :D)