Oh no. I have this one in my watchlist. I don’t wanna cry again!!! I just re-watched Come and Hug Me!!!

Get yourself ready, because you are definitively going to cry!!!

This looks good and very relatable. On my “to-watch” list!

I hope you like it, I really do, even though I put Today’s Kira-Kun in the Bring me a Tissue thread it’s on my easy to watch list, maybe not the first time through and to be honest it’s still emotional as a rewatch, but somehow for me it’s still an easy watch.

I don’t know much about the drama you are referring to, but your description reminds me of how I feel about JBL. There is heavy subject matter and some truly heartbreaking moments, but it is still one of my go-to comfort dramas that makes me feel warm and fuzzy.

OK - I am getting to the SAD part of

Days My Prince - I need a Valium!
Wish Me Luck!
May the Odds Be Ever in Your Favor

You can do it! Be strong.

Not before BED though RIGHT

I mean “I Have Longed For You My Whole Life” now that is Romantic and not at all realistic! But I’m hopeless!

I came to this drama because of the story not necessarily for D.O. I love the premise of a arrogant, sad Grand Prince living in the local village under his own rules that he set forth before he got amnesia. I love the villagers - they are so much like a family. I love how they accepted him and “OH HO” I fell in love with D.O. - I had seen him in EXO and love their music but that is not the reason I came to this drama. Now I am so glad that I have found him as an actor first. He is such a great Grand Prince. His stoic arrogance existing even though he thinks he is poor and another person - is so endearing. I love the chemistry between the two leads. It is like butter melting. Their time together in the village and in the palace is just a beautiful blossoming love that they finally realize was there way before in their lives. I usually don’t like the “childhood” tie in - but here it works beautifully. The palace politics is not too difficult to follow - you know who the bad guy is. The whole drama is well written, well acted, and kept me coming back for more. The action/fight scenes are AWESOME! Some did not like the ending - parts of it - as always WAITING, is so unfair. But they brought everything around full circle from the very first mandate from the Prince to Marry. The villagers, who were so much a family, made the ending very beautiful. Sometimes healing has to happen before one can be with the one they love - but also sometimes you have to realize just being with the one you love whether good times or bad times - is a MIRACLE. I definitely want more of D.O. and will definitely be watching more of his dramas and more of EXO

Sasipgujae is a ceremony held during the period when the spirit of the deceased remains in the realm between the worlds of the living and the dead. It also represents the end of the Buddhist mourning period of 49 days, after which the bereaved family returns to normal life and the spirit of the dead to the afterlife.

So in my show - right now - Falling for Innocence they were talking about the 49th day. I find the rituals that they do very interesting! I think we could all benefit from some of these rituals or rights after someone’s death - might make things easier!

There’s this drama that is old? I never cried like I cried with that drama BUT it was mainly the beginning where the young version is played by

This girl here did an amazing job in this drama and it was how I became a fan of such a young actress. The rest of the drama is good too and it was the first time I saw 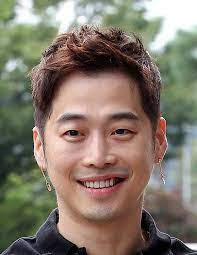 He has an 8 year old son and you can tell he ADORES his child.

Oops forgot to name the drama;

So in my show - right now - Falling for Innocence

I am now watching this one. It is really good! I saw you mentioned it over and over again on different threads so I thought I’d give it a try. Thanks for left-handedly recommending it.

2nd one I think I have gotten you to watch by subliminal messages!

Sometimes I wonder if we are sporadically sharing a brain?

We have the same taste - You Keep Trying to Take My Guys!!! I’m holding on TIGHT! Registrar extraordinaire - I can’t make you mad or you won’t promote my boys!!!

I have added Falling For Innocence to SO Many of my Collections! I like it that much!

I hv cried in FFI though 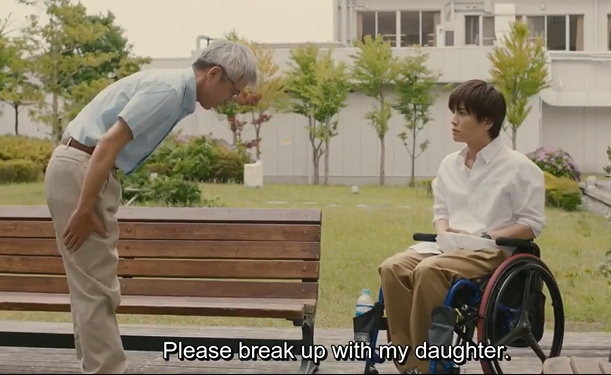 It’s hurting me sooooo much!