Because he is handicapped??? Is that why?? GRRRRR if it is!

awesome movie btw, and yes I know it was a true story

I can’t do animal movies

They’re so happy togetherrr. My poor baby is such a sport about every single thing!

sport about every single thing!

I never understand why parents or siblings or friends try to stop a loving relationship even if the person is different or younger or whatever. As long as the relationship is not toxic or hurtful, why MESS with them. This is going to happen in My Fated Boy! Just waiting for it! Because of the age difference. Who CARES - I get it. If the person is handicap and they can’t have babies - adopt - yada yada - stop messing with “Love is Love”

they can’t have babies

It’s all about that Y chromosome.

Separated lovers is so gut wrenching to me, so I get why this is upsetting. I agree with @kdrama2020ali, as a parent myself I never understand a parent who wants their child to let go of their happiness in that way.

Yeah, I saw that thread after the fact. I’ll edit my previous post. It looks like a sweet movie.

Well, I don’t completely agree with you. While telling the person to directly break up is not very right, I understand the parents. Every marriage has problems and rough patches, and it’s understandable for parents to want their kids to have the least problems when they start off their married life. Since love can blind you to a lot of stuff, the parents might use their heads and experience when they advise their kid on a potential partner.

In the case of this movie, ML was paralyzed below his legs. So he can’t feel it if he hurts himself. He’s constantly going in and out of the hospital for burns and other accidents. The dad mostly kept quiet about his disapproval, but his daughter’s accident pushed him over the edge. First of all, she lost balance and fell because she was overworked(she used to go straight from work to his house to help). She fell onto the railway tracks right in front of ML’s eyes. If those young men weren’t also standing by, a train would have run over her. She escaped with a leg fracture. I can only imagine how traumatic that was for ML. But, from the dad’s perspective, he’d obviously want someone who could keep his daughter safe.

I feel like the breakup period helped everyone re-evaluate their decisions. ML needed to stop thinking that he was “good for her” only if he had the use of both legs. FL needed to properly think over what she would have to do, the ways she would have to adjust, for the rest of her life. Once she made her final decision, Dad approved and let her marry him. We got the sweetest wedding shots EVER.

You have watched the show so you know this couple better - just in general it is hard - (I understand the reasons) but to see others try to break up a couple because of age - origin - handicap - those type things I know that love is hard - it isn’t like the actual dramas! Life is ROUGH! So I get it. And you worry but adults need to make their own decisions - I hope I can watch this one eventually it sounds good.

However - when it comes to being with someone who has health issues and you are “a caregiver” it is exhausting and “yes” she needs to understand that even if there is “love” that type is fleeting and she will be his caregiver for life.

As a parent myself, it is clearly understandable when parents worry for their children, and there are legitimate causes for concern in this particular situation. I just have a hard time with how parents in dramas often go about it. It is reasonable to sit your child down and have a discussion about it, point out your specific reasons for worry, and try to make sure they have actually thought it through. But if it involves going behind their back and not taking their thoughts into consideration at all, I have a problem with that. We are talking about adult children, after all.

This show - Junho - is just a brilliant actor - he makes you feel all the FEELS even without talking - the cinematography is just so GOOD! And his performance deserved an AWARD! 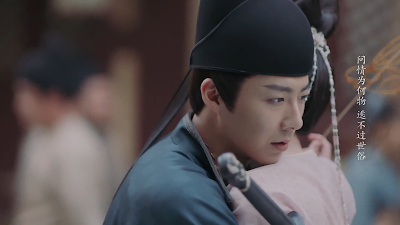 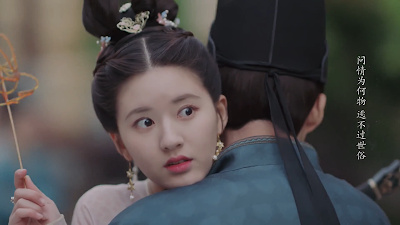 This show had me BALLING my head off!!!

THE KING’S AFFECTION
The first episode made me cry so much and I usually don’t like cry over any ‘‘scene’’ but maybe bc it had to do with young innocent kids it broke my heart.

That drama is one of my favorites right now! I’m all caught up and can hardly wait for the next episode!

Yes! I can’t wait for tomorrow I love the story development although some parts were so cruel.

That first episode was so horrible…