Oh no! I cry like a baby all the time! I have Empress Ki set aside cuz I can’t stop crying! I cannot even watch clips of Goblin without crying. I’m in trouble. Thanks for the warning.

This is another one that made me tear up. It’s one of my favorite shows!

YES!! it’s one of my absolute favourire dramas

cried a lot but everything was worth it in the end 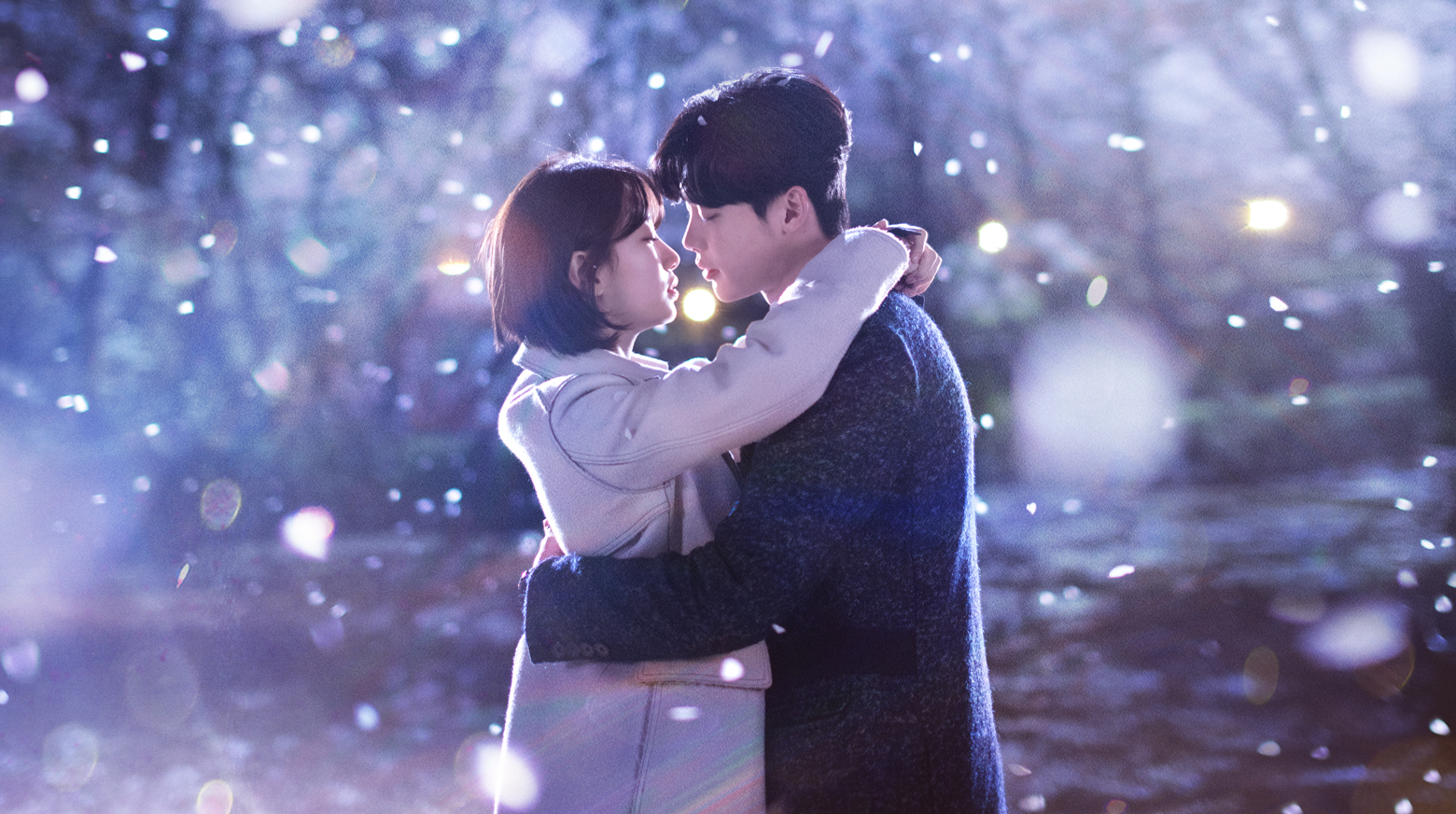 Ok Ok Ok I am BAWLING my head off! Thanks! Thanks Lee Jung Suk and Jung Hae In! Thanks a lot While You Were Sleeping! 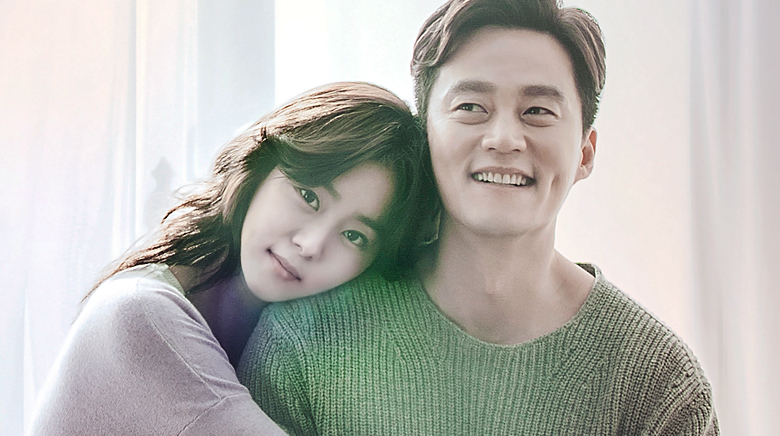 'Marriage Contract' is the story of a man who only values money and a woman whose life hangs by a thread. Their extreme pairing shows the power of true love in all its lightheartedness and sorrow. Han Jihun, who is Head of Strategy for restaurant... 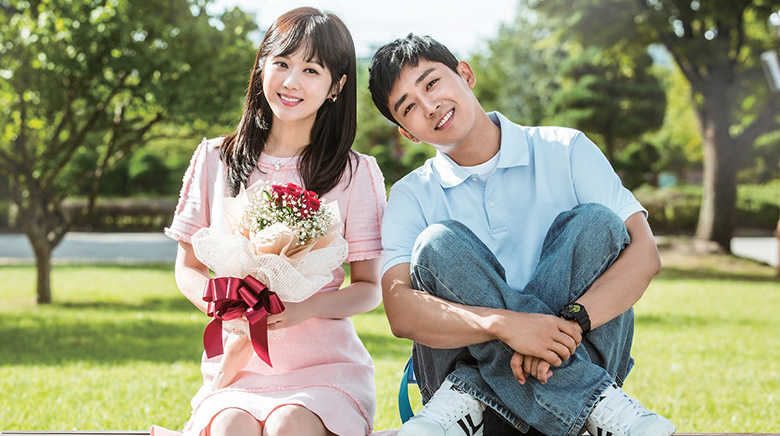 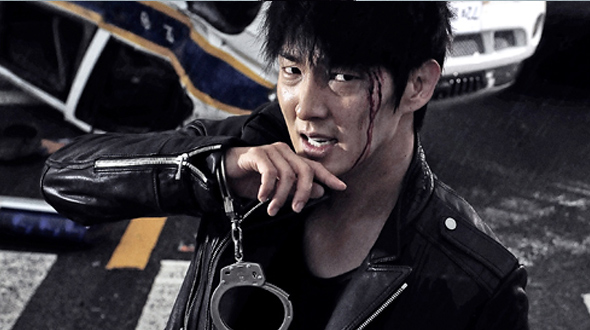 Blackmailed and in love, Jang Tae San, a member of a criminal organization, is about to be a father. With a new life ahead of him, Tae San decides to give up a life of crime. However, before he gets the chance to retire, he is forced to take the...

Thank you! It was another drama but happy to add this to my watch list! looks really good 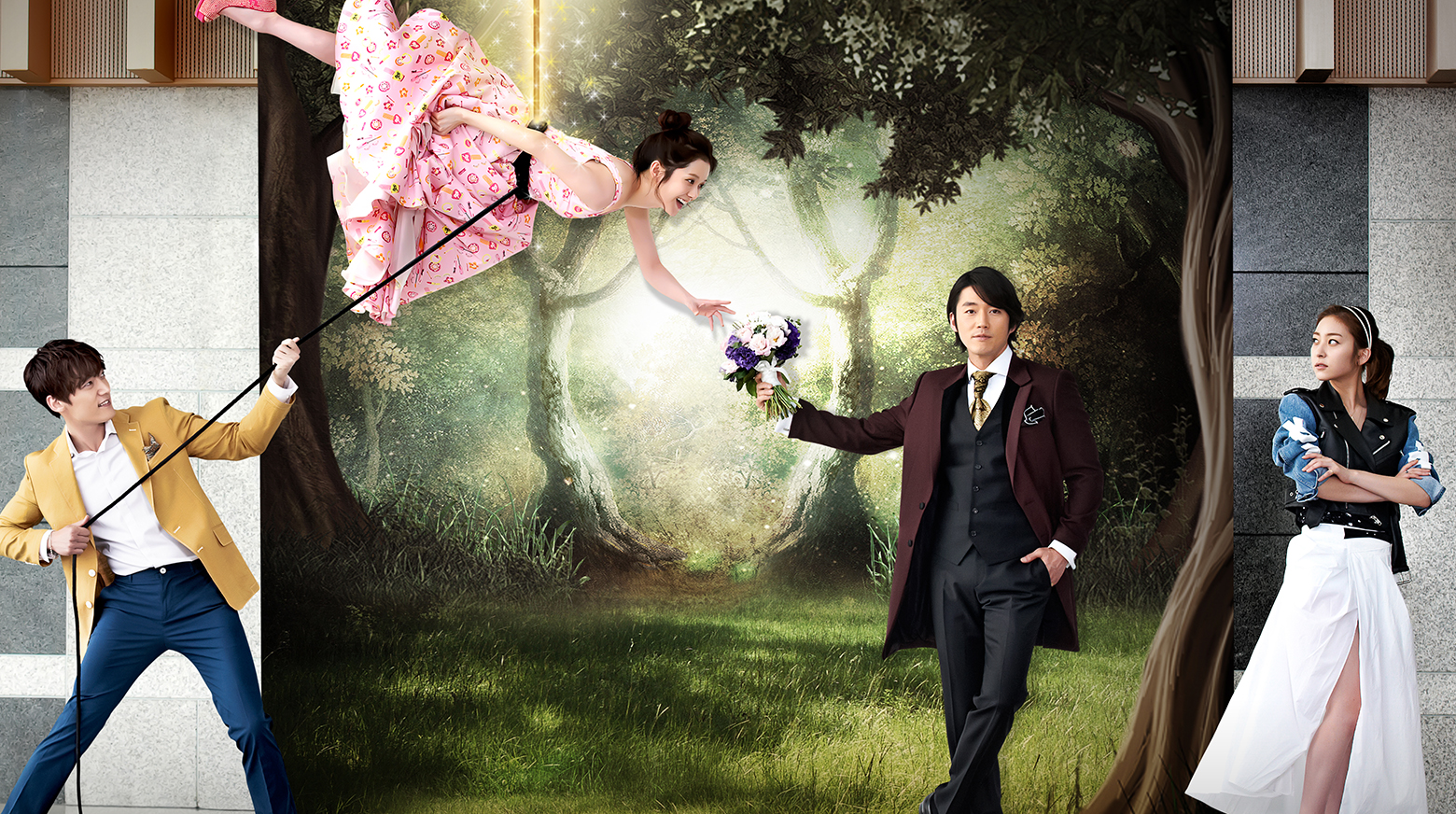 Fated to Love You | Rakuten Viki

Mi Young is a Post-it Girl secretary who takes orders from everyone in no short of kindness. On Mi Young's big break from her law firm, she bumps into Gun, who hopes to propose to his long-term girlfriend, Se Ra. However, he bumps into Mi Young a tad...

Ok! This just made me ugly cry last night! I am pretty bad about leaving a drama for a while until I think I can handle the sad part! Well, I was so wanting to watch some Choi Jin Hyuk - and I got the sad part though. Today should be the upswing in the drama! Yippie 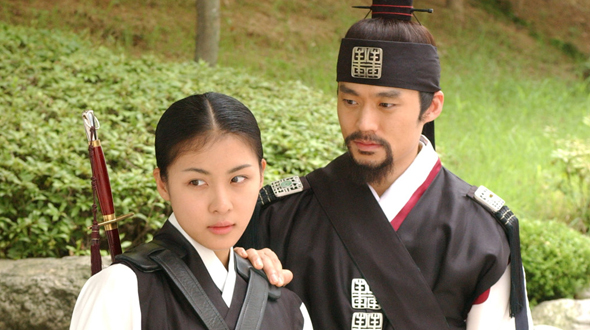 This historical romance follows ChaeOk, an undercover female detective known as “Damo” in the Joseon Dynasty. ChaeOk is skilled at martial arts, but can she also master her heart and find love? 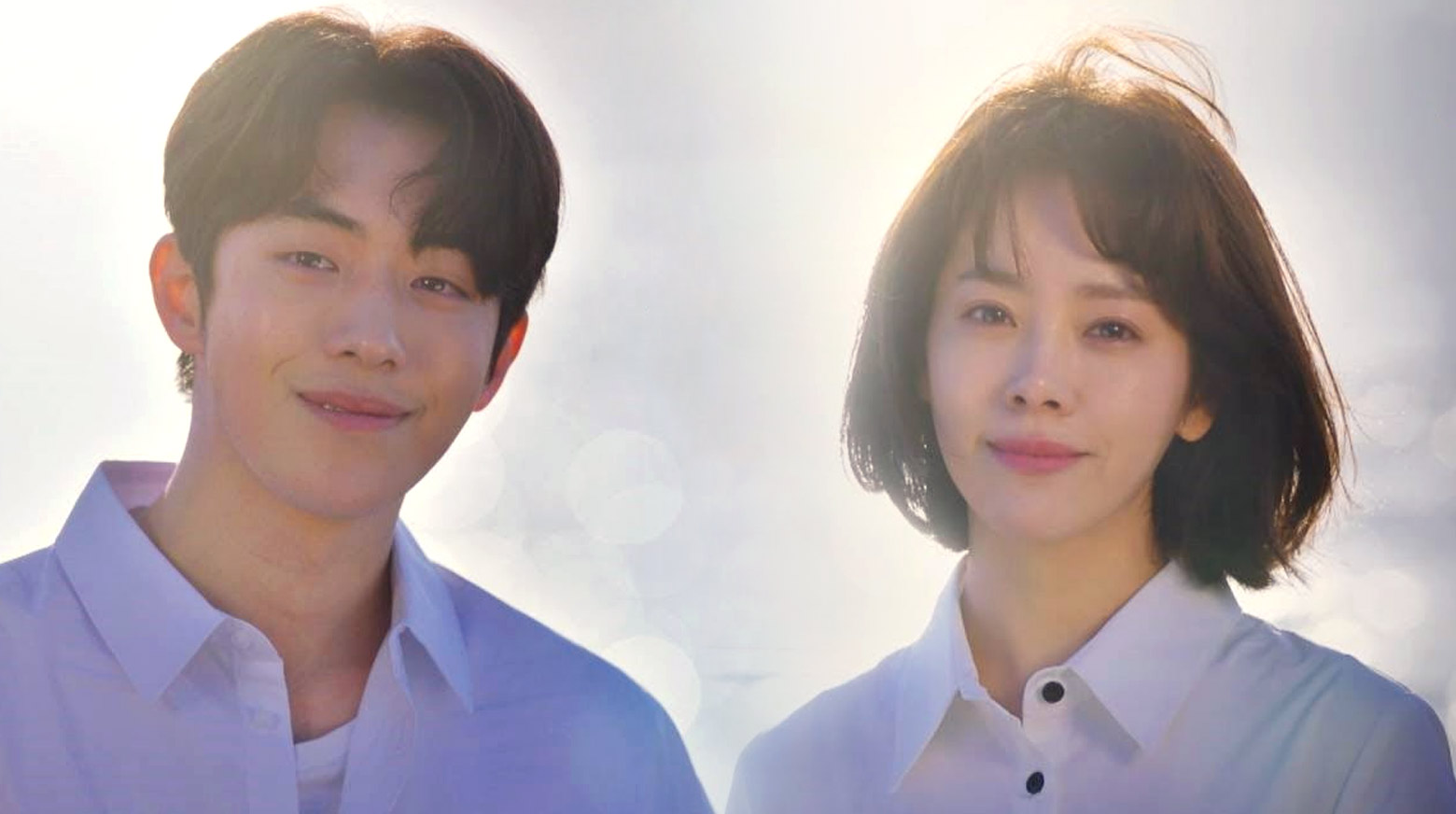 Kim Hye Ja (Han Ji Min) is a young, optimistic woman who dreams of becoming a TV news anchor. Her plans are disrupted when she suddenly turns into a 70-year-old! Meanwhile, Lee Joon Ha (Nam Joo Hyuk), wants to become a reporter. He has worked hard to...

If you like tough love stories, smack-worthy oppas, and you like to be surprised and cry a lot, I suggest you check out The Light in Your Radiant Eyes

Yes, I consider this series to be a real gem, a masterpiece! 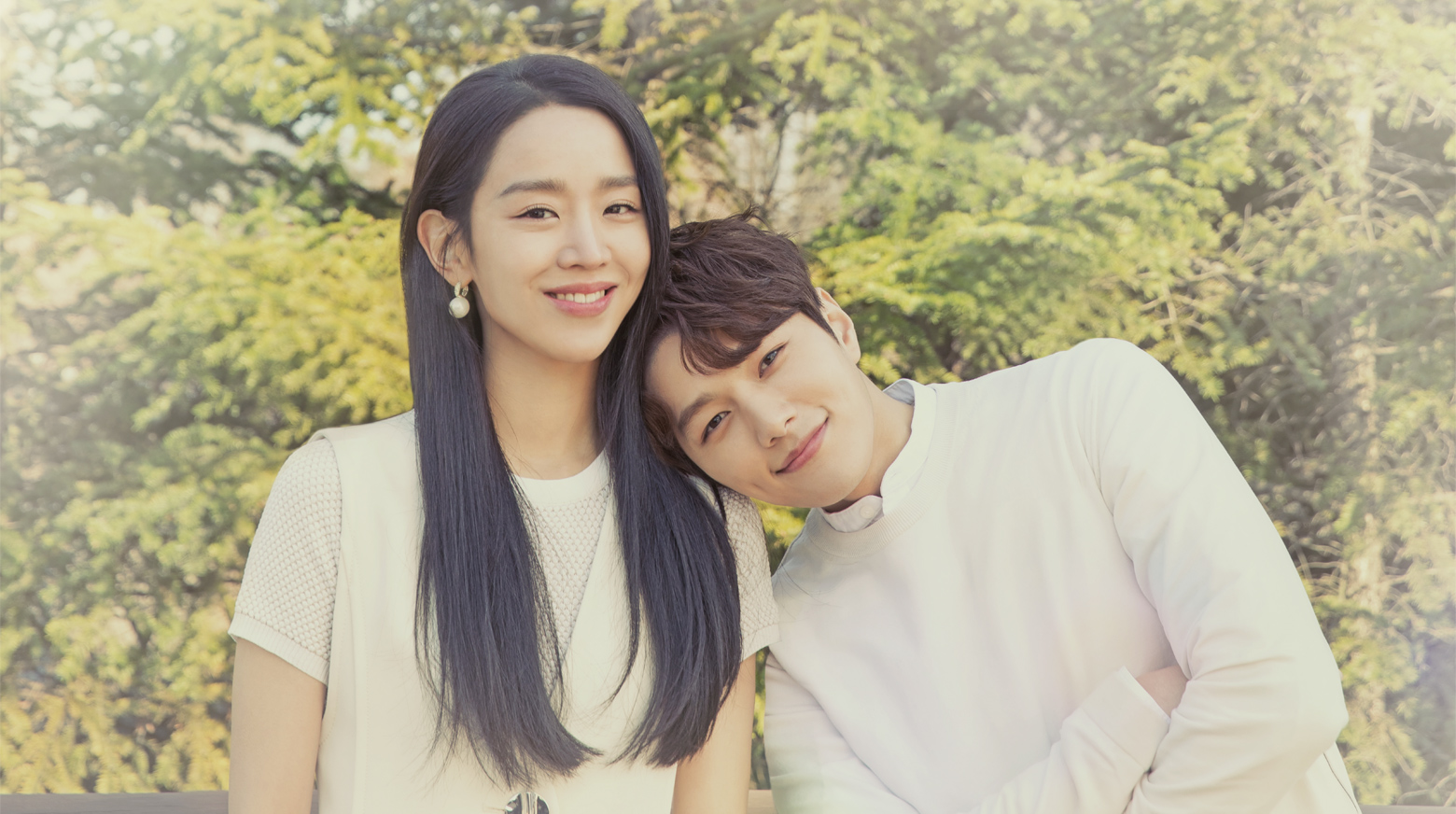 People just fall in love and devote their lives for love. Sometimes, they take the other one’s life away for their love. A cold-hearted woman meets an immature angel and they get to confront unexpected tragedy and crucial moment. Lee Yeon Seo is a...

What dramas make me cry? That would be every “Asianese” drama ever made.

Currently, one C-drama and one T-drama stand out as real “soakers” though not for the same reasons. My Little Happiness had me gently blowing my nose from the first note of the opening theme, and I had no idea what it would be about beyond its homepage synopsis. My heart was melting all over the floor from the get-go. The word that came to mind over and over was “this is so SWEET.”

Not ooey-gooey cringeworthy, just so simple and hopeful, certainly what we all need these days.

And T-drama Wacko At Law did a similar thing. But from my point of view, it seemed a little grittier than My Little Happiness, yet not as gritty and heart-wrenching as the K-drama Awaken. And it made me think that the hero and heroine should have some undisclosed experience both in standup comedy and in Shakespearean tragedy.

Girl - Your in my SOUL circle! I was BAWLING - like hyperventilating during most of GOBLIN I had to pause. I am saving Healer - and Empress Ki I can’t finish because I watched the ending and cried for an hour after I saw it. I pretty much cry in every drama. Another Oh Hae Young! Fated to Love You (Bawling) Tale of the Nine Tailed…etc etc etc… Yep! If you look at my Bring Me A Tissue Collection it shows a lot of the ones I cried in. Recently, Vincenzo has me crying. I have not cried in My Little Happiness, but it is so cute. I love Bromances too! 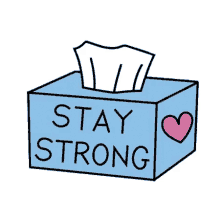 I’m so extremely glad I found these beautiful stories

I thought this was very brutal and sad to what happened to Prince Sado… how could a father do what he did?? The Throne, not sure why the link is in Spanish! 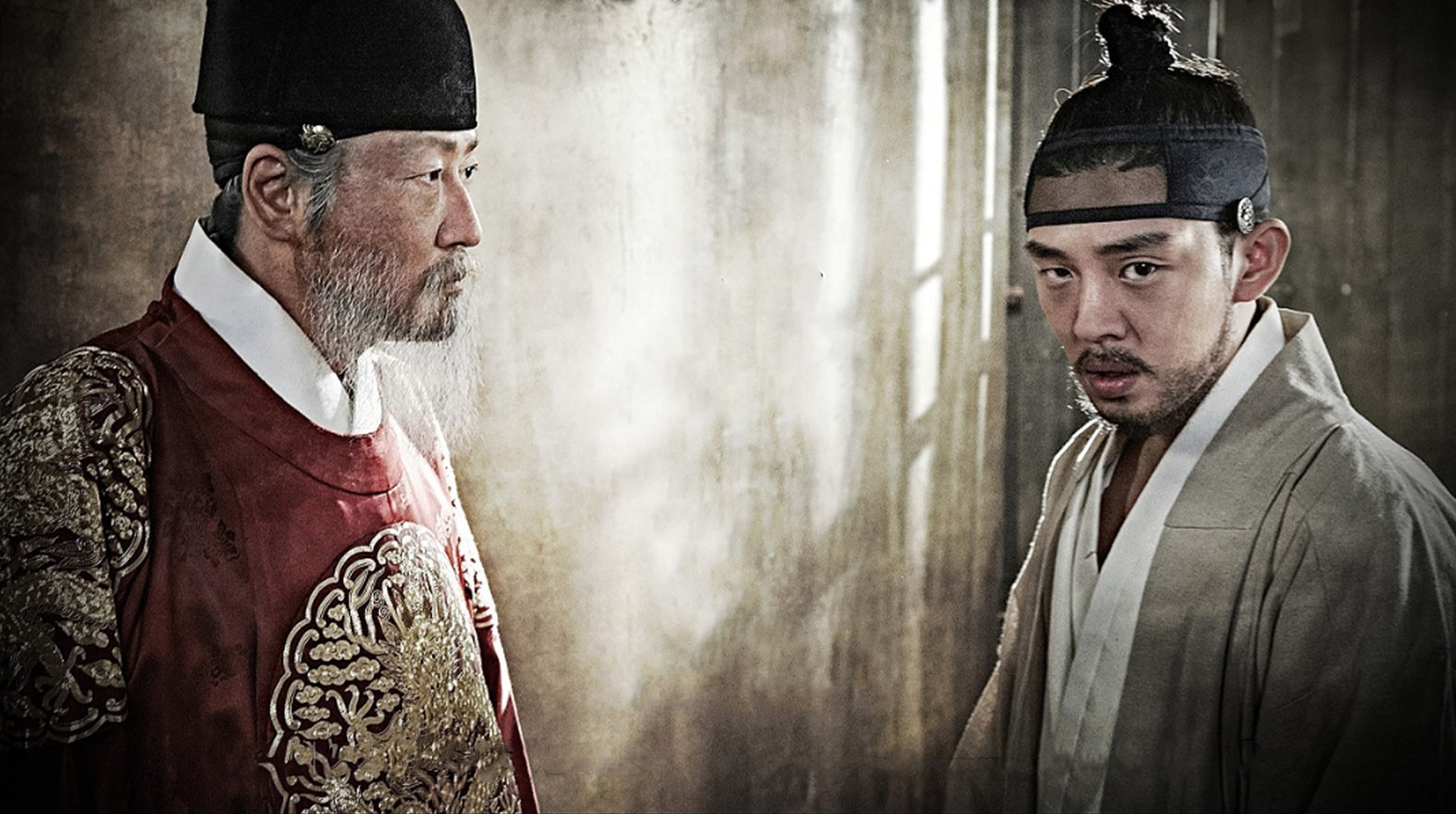 Oh, honey, I cried so much during Goblin. Reincarnation is not a “thing” in my view of how reality works, but Goblin touches on so many deep, deep issues about human nature, and hope, and determination, and love, and justice. . . .

I am privileged to know a Korean pastor whose wife came to the United States maybe ten years ago to go to a seminary in the city where I live (Rochester, NY); she now teaches at that seminary.

The pastor I know served as a chaplain for Korean students at the University of Rochester (that I attended years ago as a grad student in English Lit.), and at the same time he got a degree from the seminary his wife attended.

Now he is the pastor of a small church out in a small town in the farmland surrounding Rochester, and in talking to him over the past few years, my respect for the Korean people, and indeed everyone who gave their utmost during the Korean war, has just exploded. “Fight for what you love until you get knocked down . . .” is something I got from him, something that I observed as part of his very quiet yet very firm approach to life.

And Goblin is just one of a number of dramas that embodies that philosphy.

I will say that the drama that just chopped me up in pieces was the “alternate history” drama The Last Empress. Very complex, VERY convoluted. And I changed who I loved and who I hated every five minutes. But it explained a lot about the Korean soul.

And when Oh Sunny surprised everyone by singing “Arirang,” I literally could not stop sobbing for an hour. “Arirang” does not need subs to convey the depth of longing and suffering that has been part of the Korean experience for generations.

There are times when I have to take a break for a couple of months because I need my sleep. Awaken almost did me in. I am so glad the writers did the right thing and reassured everyone that, yes, the bad boy is still alive.

Otherwise, I would have cancelled my Viki subscription on the spot.

(Namgoong Min is one actor I think will have a very long and distinguished career. He pulled off an incredibly challenging character that had a whole freaking lot of issues and layers and whatnot, and he did it all in such an understated way. He is maturing well, like a fine bottle of sweet potato soju.)

One teeny spoiler alert further down

There is a spoiler function, while writing your comment on the top right there is “options” click on it, and you will see one of the 4 options is Blur Spoliers. You just need to mark your text you want to blur and click on Options/Blur Spoilers, that’s all - no more accidental reading of spoilers.

Thanks. I looked for that last night after a looooong day and could not find it.