I’ve been searching high and low for a video of this scene, but the only one I could find had no subs and it’s a video that includes lots of other scenes. Hopefully I marked the right starting place in the video, and I will include the transcript of the subs from Viki (I actually preferred the slight nuance of one sub in particular on the other site) Spoilers are implied, right? Because the scene setup explanation includes plot points of the overall story as well as the confession itself but is necessary to understand the context of some of the dialogue.

Scene setup: FL works for ML who has implemented a ‘no dating’ rule in their workplace. However, she has fallen in love with him and can’t hide it anymore. They had been living as roommates, but she moved out to avoid the situation, but he doesn’t know why and is trying to get her to come back. She ends up literally running from him, and he chases after her. They end up on opposite sides of a crosswalk, so they must shout at each other to be heard.

FL: “Don’t come here! Why are you chasing me?”
ML: “Why do you keep running?”
FL: “Because…Because…”
ML: “You can’t answer it right? You kept on making mistakes and kept on apologizing.”
FL: “Boss, I…”
ML: “I don’t want to hear you say “Sorry.” Your sorry is not enough for me. You kept on making mistakes and kept on making up. Cheng Liang Liang, how could you make me suffer all of your influences by myself? Why would you change my life and leave? Why would you make me return alone to the house that was originally shared by us both?”

FL: “I LIKE YOU! Boss, because I like you! I really like you. I know you don’t like it when people get into a relationship in the office. I also know that by liking you, I’ve violated the Forbidden Love Rule. But it’s too late. I already like you. I can’t pretend that I don’t like you. You can give me a small penalty or you can fire me. It doesn’t matter. Can you just let me like you?”

ML: “What are you talking about?”
(He proceeds to dramatically cross the 6-lane road, narrowly missing being struck down by car after car who swerve and slam on their brakes to avoid him. He reaches her on the other side and then grabs her and kisses her in an epic, camera-spinning kiss)

Another favorite: Skate Into Love

There is a REALLY beautiful one in “You Are My Hero.” I CRIED.


They have only one oxygen tank and they’re stuck in a cave(dramatic much? yes. but I live for it.) He’s forcing her to keep it, and then, after SEVENTEEN episodes, he finally confesses

The YT video’s captions aren’t perfect. I like Viki’s more. 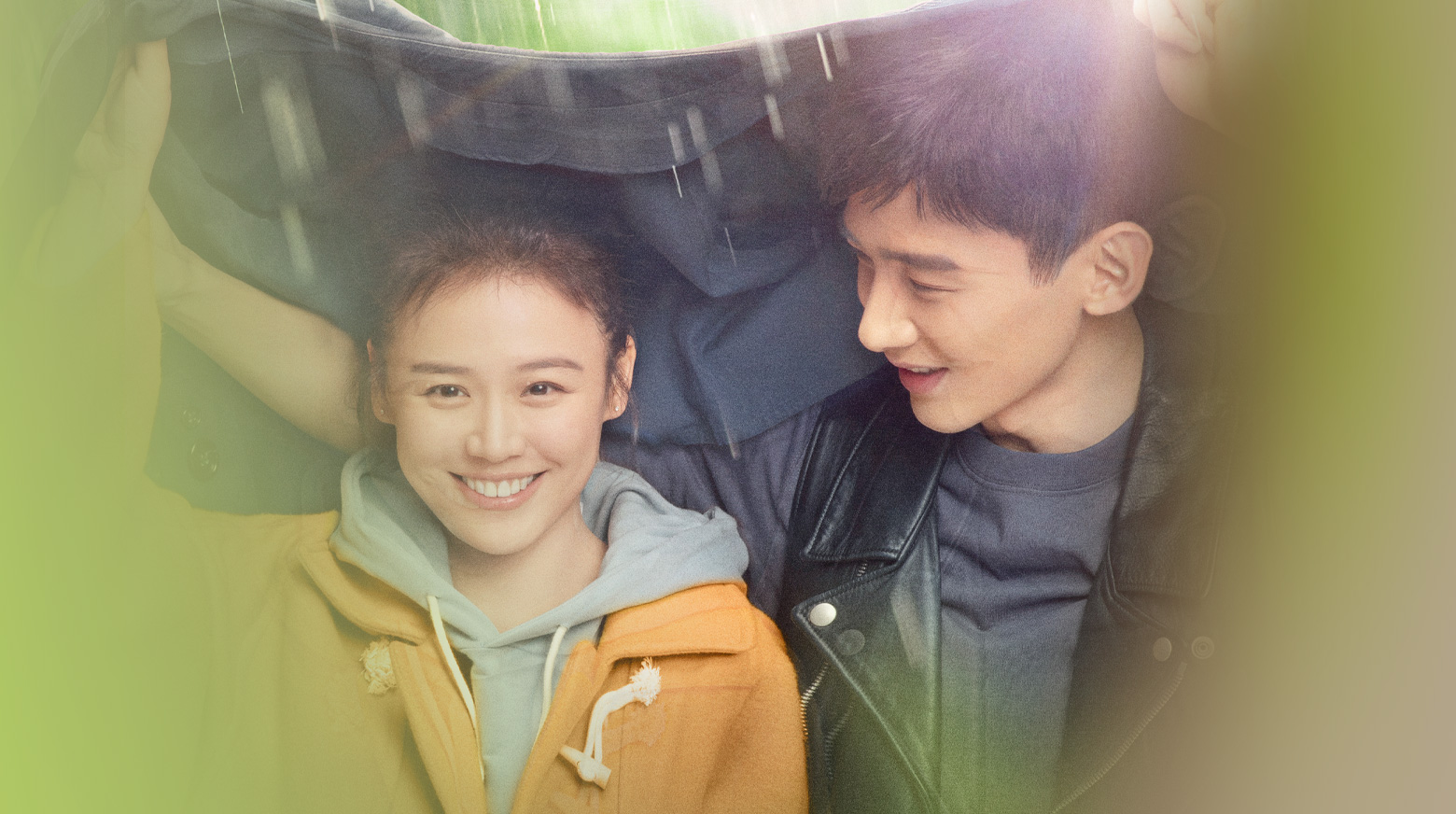 You Are My Hero | Rakuten Viki

A new resident at the bustling metropolitan hospital, Mi Ka’s (Sandra Ma) life is far from boring. With a steady stream of patients to see and a variety of training exercises to complete, Mi Ka has little time for anything other than work, but she...

“I have another cheat sheat, and I wanted to read it out to you. But I suddenly realized. I memorized it. ‘Mi Ka. Mi Ka. Colon. I want to solemnly and warmly invite you…’”
She cries and tries to give him the oxygen mask, but he pushes it away.
“Listen. I know I’m not perfect. But for you, I’m willing to become a well-fortified city. Let the wind and rain howl. I will still hold up a clear sky for you.”

“I want you to be under the sun, in a sea of flowers, without any worries, and be happy. If you like me a little too, can you promise me that? Be strong for me this one time. You have to get out. Mi Ka, you have to get out.”

Okay, I teared up watching the scene again

Now for a You Are My Hero rewatch!

PS: After they go through all that, he has to confess again. “I like you. Will you be in a relationship with me? Anyway, if you don’t accept, it will be hard for you to get married. Can you just cooperate?”
“Yes”
And then they SHAKE HANDS.

I’m trying not to spoil the show for myself but I get the gest of the confession! So great thank you!

Added to my collection

I love a good firework confession!

I love this one, you can feel the chemistry between them

It’s a proposal… but I love the words he uses
“Thank you for teaching me how to love and be loved. Ruan Qing Xia, will you marry me?”

You Are My Hero | Rakuten Viki

A new resident at the bustling metropolitan hospital, Mi Ka’s (Sandra Ma) life is far from boring. With a steady stream of patients to see and a variety of training exercises to complete, Mi Ka has little time for anything other than work, but she...

It was a beautiful confession.

And then they SHAKE HANDS.

They are so shy around each other.

Their first kiss was funny too.

“Listen. I know I’m not perfect. But for you, I’m willing to become a well-fortified city. Let the wind and rain howl. I will still hold up a clear sky for you.”

The words he used explain the other title of the drama, " You Are My City and Fortress"

It was sincere!!! and

First time I have heard that line in 122 dramas!!! I hope that this is a great drama!

Everything happened so fast in that episode!

Aww I hope you keep enjoying! Just be warned that the romance sometimes takes the back-burner because of all the spicy doctoring they have to do

If there are some longing looks and some here and there I will be ok - What a 1st Eps!

It’s more of flirting from the ML’s side. I get a little frustrated sometimes because FL keeps brushing him off, but he’s a really funny flirter 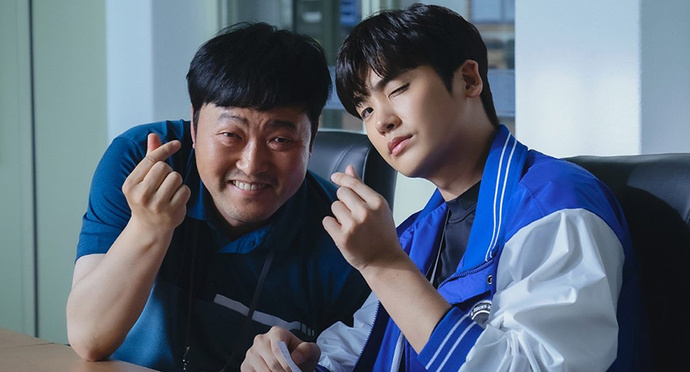 The confession in Eps 11- Will go in my collection - 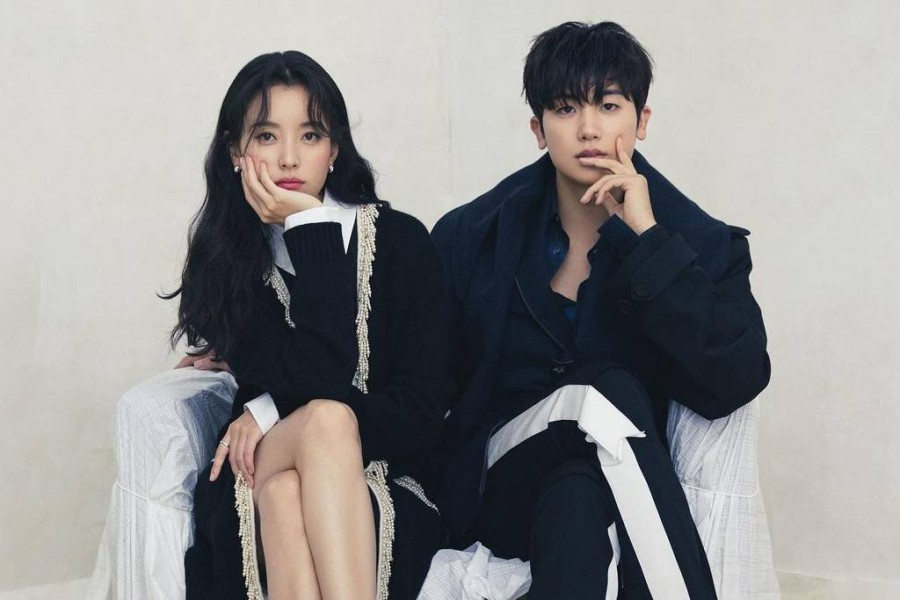 WHERE do I put embarrassing confessions??!

Watching While You Were Sleeping and the scene where he’s all cool and romantic, like the hero he is, with a lovely sountrack playing in the background while he sits there overflowing with smooth lines beautiful enough to make any woman’s heart flutter, and then leaning in at the PERFECT time for what would have been a flawlessly executed, smooth like butter surprise-kiss… IF HIS SEATBELT HADN’T STOPPED HIM LITERAL INCHES FROM HER FACE I--

someone helppp the writers are MASTERS of second hand embarrassmenttttt