In a large skillet over medium-high heat, brown both sides of patties.

In a small bowl, blend flour and remaining soup until smooth.

Pour over meat in skillet. 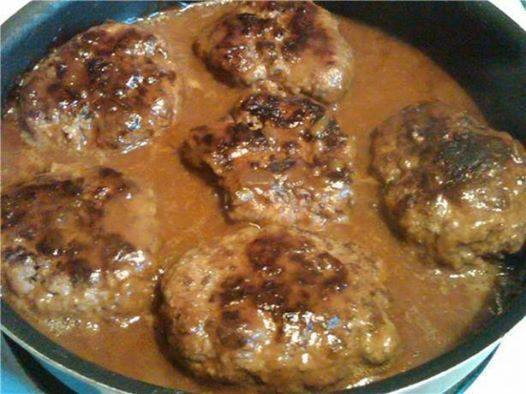 aaw I thought I’d put this here, us chefs need a break/laugh too 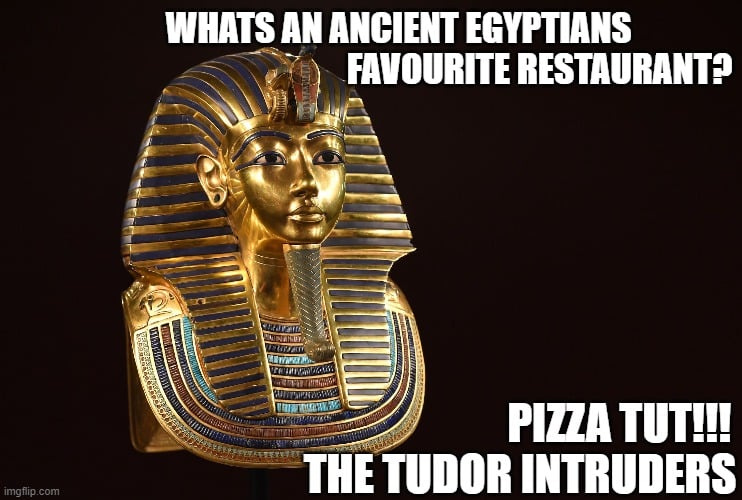 lol I get mine from the tv dinner section for a buck. It was an easy lunch when I worked. Better for my blood pressure than salty ramen. even though that very tasty (salty) ramen was cheaper. Chihli picante, hot and spicy, yea. I like the hot stuff.

My mother made the best coca cola cake - same recipe except there are marshmallows in the cake batter! Yum - used to have this for b-days! 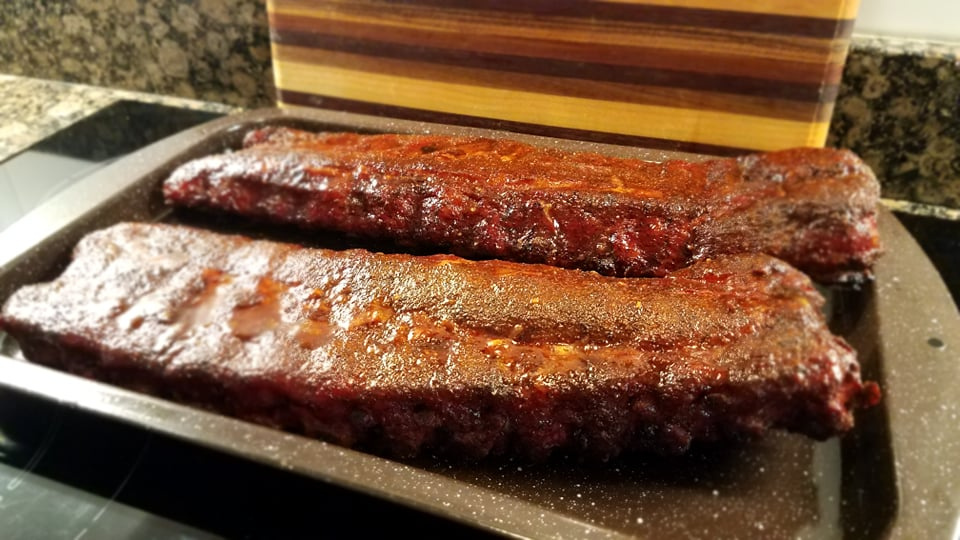 Smoked Ribs on the Barbeque!

mmmm, with all the fixings??

yummy! let me know when its ready, maybe I can fly there (on my broom, of course) hehehehehe

1 Can. Of stewed tomatoes.

AND YOU NEED JUST TO FOLLOW THESE FOUR STEPS TO MAKE IT!!

Firstly, In a big mixing bowl, I combined the flour with the season salt, then I put in the meat, and coated it totally with this mixture.

After that, I heated the vegetable oil in a large pan, then I added the meat, minced garlic, and bell peppers, which I’ve cut into strips before, and I cooked until the meat began to brown.

At this point, I transferred the beef and peppers from the pan to a slow cooker lined with paper towels, leaving the fat behind.

And finally, I added the stewed tomatoes with juice and a can of beef broth to the oil in the skillet where I fried the meat.

If you’d like your sauce to be thicker, let us know. jUST A 1 tablespoon of cornstarch and 1/4 cup cold water, 1 hour before dinner – In a tiny bowl, I whisked together 1 tablespoon cornstarch and 1/4 cup cold water, well I combined them both, and I added to the crockpot and stir to mixed. For the last hour of cooking time, I switch the crockpot on full and let the sauce thicken.

I hope you’ll enjoy it!! 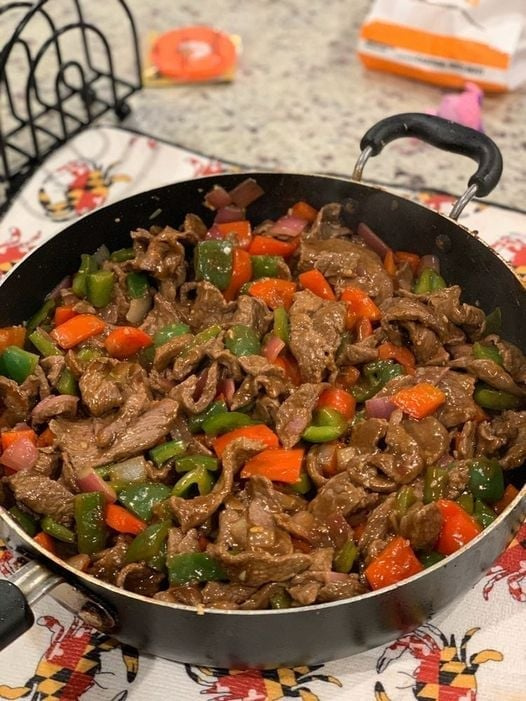 and for dessert peach cobbler, awww something different than a cake, course can’t put candles on it(I don’t think I can)

This looks so good. Might make it one of these days

Also made kimchi (had run out)

Not like the one in the video, but you get the idea

thats what I want to do, learn to make kimchi

OOOO! The Porky Korean is having a special today- Tteokbokki! I have to make a run and get some! YUM! 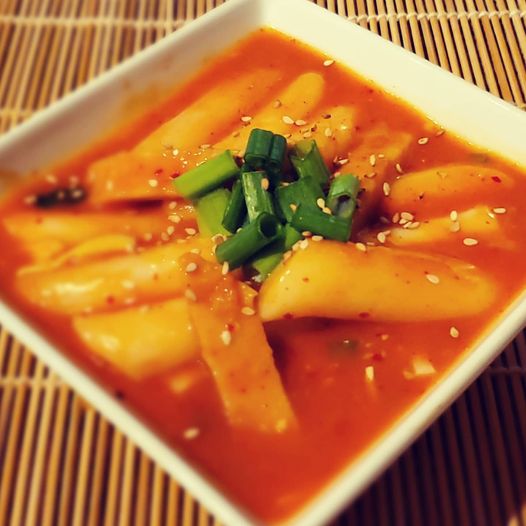 have you tried the BEEF Tteobokki - it is not orange like this one! I love it!

No. I have not. There are no Korean restaurants in Pocatello. The PorkyKorean just opened their food truck up in Idaho Falls - they have a small menu. Tteokbokki was today’s special. Idaho Falls is larger and wealthier than Pocatello so they have more restaurants than Poky does.

Pocatello has 2 Thai, 1 Szechuan and Cantonese, One ‘Mandarin’, 1 Beijing, 1 ‘Mandarin-Hunan’ and a few (blagh) 'Chinese-American’ restaurants. (those don’t serve real food though) But I am a snob and avoid anything calling itself Chinese_-American_. To me, that means they have compromised their menu to satisfy bland food lovers.

We have 3 sushi and 1 hibachi/Sushi restaurant. So sushi for the sushi lovers and their company can have a steak. Real food, not schlock. Oooh, Tokyo Belly has happy hour on Mondays at 5 for 20% off.

I LOVE their unagi bowl!

And you know, I grew up in the San Francisco Bay Area which has a 30 percent population from various Asian countries and not ONCE, did I ever see a food called General Tso’s chicken until I moved to Idaho. But what do I know? I only know my region (which has REAL FOOD). General Tso’s Chicken - It’s a battered and fried chicken nugget served either with a mildly spicy sauce or sweet and sour sauce or whatever the chef cooks up. So, curious, I just now googled it and it was invented in Taiwan. but while it is popular here in Idaho, it never took off in Mainland China which is why I never heard of it until I moved to potato land. Makes me wonder if it is now on the menu in the Bay Area.??? But restaurants in the Bay Area are mainly Cantonese, Szechuan, Hunan, Beijing cuisine.

Pocatello has a whole bunch of good Mexican restaurants. El Caporal is the best.

Of course, cattle country has really good steak eats to go with the potatoes. Local and chain restaurants here. (Now I want a good steak. Haven’t had one in a long time… I’ve been opting for unagi bowls and kimchi fried rice

And standard fast-food joints. 5 Guys and a Coronary, Micky D’s, Jack in the Crack, Taco Hell and Taco Time - which has good fish tacos and is surprisingly good for fast food except I OBJECT! There is NO SUCH THING as MEXI-FRIES! (that is what they call deep-fried tater tots)

And… Wendy’s, Arby’s, Arctic Circle, A & W, and finally Burp King a.k.a Burger breath, I think that’s it… Or all I can remember right now. Oh DUH Kentucky fried!
And the fast-food joint names are courtesy of my hubby.

I always cut a piece of parchment paper and put in the bottom of the loaf pan to help it pop out. My grandmother and mother did that!!! 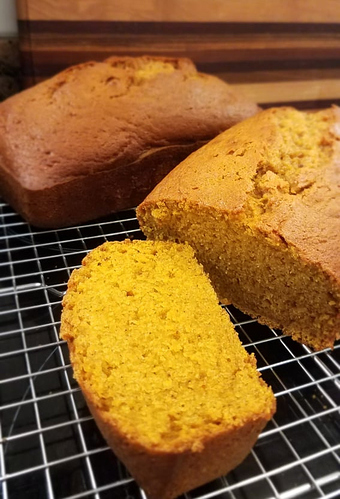 Mmm, I’d love to have the smell of pumpkin permeating my house right now.

Thank you for sharing the Pumpkin Bread recipe with me.

So HORRIBLY CRUEL of you right now… sob I don’t have the ingredients to make that right now! WaaaaAAaAAa! 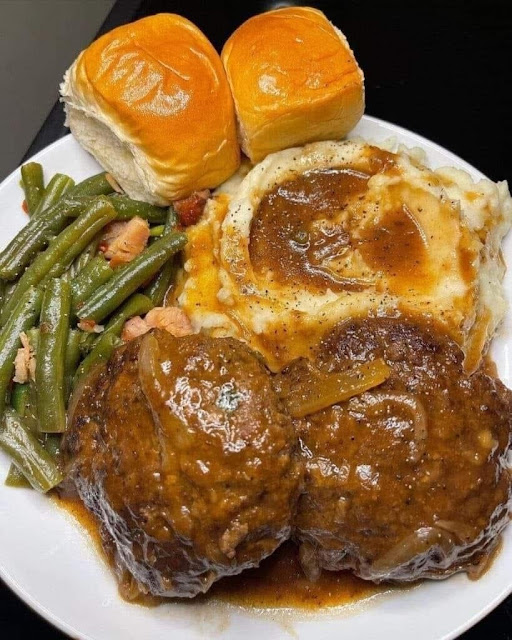 How to make hamburger slices with onion and mushroom broth!

°2 tablespoons Worcestershire sauce (I used 1 tablespoon too much salt)

°1 tablespoon is better than beef broth

In a large bowl, add ground beef, breadcrumbs, eggs, milk, black pepper and salt, dried onion mixture and Worcestershire sauce and mix well until they are about the size of patties.

In skillet, heat 1 tsp oil. Add pancakes to brown, about 5 minutes per side.

When browned, set aside, then add onions and mushrooms and fry for another 3 minutes.