Do you have plants? If yes which one and how do you care it for?

I loooove plants, but always I try to have it, my cat eat them or they mysteriously die. So, I end up buying plastic flowers hahahahahah.

ok anyone ever see any of these? the only place I haver seen them is on “the masters sun” 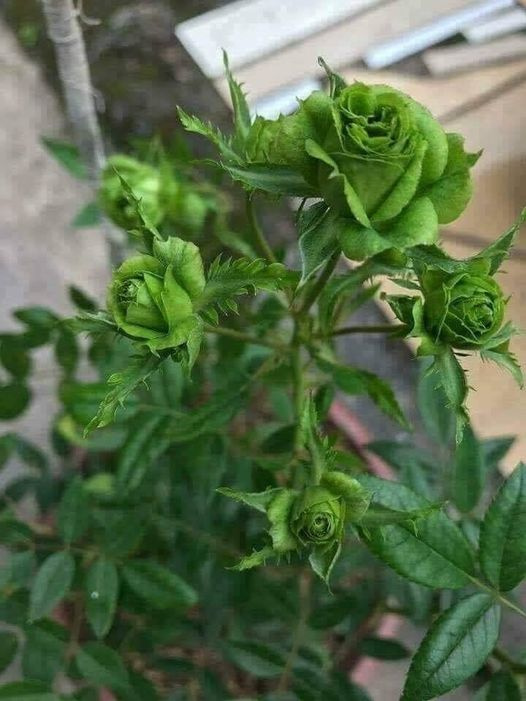 I didn’t know that but where they are in general though?

Rose , neat!! I reallyt don’t know where they azre grown, but if some of our people that do grow flowers I ask where do they grow? I’d like to get some planta or seeds as well.

Come on help us out here!!

course Googled it cause I was curious too
Many people know this wonderful rose as the Green Rose; others know her as Rosa chinensis viridiflora. This amazing rose is scoffed at by some and compared by her looks to a Canadian Thistle weed. Yet, those who care enough to dig into her past will come away delighted and amazed! She truly is a unique rose to be honored and held in high esteem just as much as, if not more so, than any other rose. Her slight fragrance is said to be peppery or spicy. Her bloom is made up of green sepals instead of what we know on other roses as their petals. History of the Green Rose Most Rosarians agree that Rosa chinensis viridiflora first appeared during the mid 18th century, perhaps as early as 1743. It is believed that she originated in the area that later was named China. Rosa chinensis viridiflora is seen in some old Chinese paintings. At one time, it was forbidden for anyone outside of the Forbidden City to grow this rose. It was literally the sole property of the emperors. It was not until around the mid 19th century that she began to get some attention in England as well as some other areas around the world. In 1856 the United Kingdom Company, known as Bembridge & Harrison, offered this truly special rose for sale. Her blooms are about 1 ½ inches (4 cm.) across or about the size of golf balls. This special rose is unique also in that it is what is known as asexual. It does not make pollen or set hips; therefore, it cannot be used in hybridizing. However, any rose that has managed to survive for perhaps millions of years, without the help of man, should be cherished as a rose treasure. Truly, Rosa chinensis viridiflora is a beautifully unique rose variety and one that should have a place of honor in any rose bed or rose garden.

Read more at Gardening Know How: The History And Culture Of The Green Rose https://www.gardeningknowhow.com/ornamental/flowers/roses/green-roses.htm

No trace on Amazon!
Your new pic is pretty! What is it?

canI say ruins under the sea? not sure its atlantis though 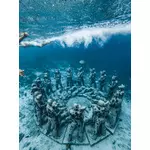 Green roses first came to the UK as “Viridiflora” a mutation of the Chinese rose “Old Blush”. She was cultured around 1850.

The eldest roses are the wildroses in Europe, they exist for more than 30.000 years, mostly white or light rosé, unfilled, only blooming once a year with a light fragance, a few types have a wonderful fragance. The Chinese roses, several thousands of years old, unfilled, but blooming twice a year and with yellow, red and pink colours and great frangance. And the Damascus Rose with a wonderful fragance, vididly colors, blooming once a year, aldready famous in the Old Greek, Kleopatra used the fragant rose oil. These 3 types of roses are the ancestors of all existing roses today.

Location: BASK Gili Meno, IndonesiaDepth: 4mInstallation Date: 2017 Nest depicts a circle of 48 life-size figures off the coast of Gili Meno, a small island between Bali and Lombok in Indonesia that is famed for its crystal clear waters and turtle...

Nest is its name, it fits!

I watched it, hey very interesting. and still a bunch of stuff under the sea we haven’t discovered yet! thanks piranna!