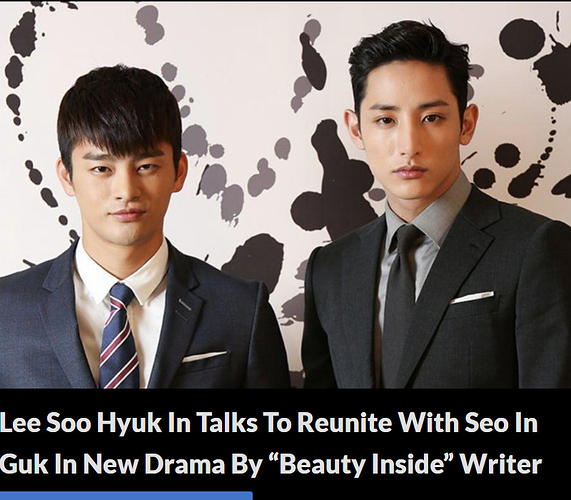 and I started laughing so hard all I could see were the guy’s ears!!

oooHH!.. What show will the Shopping King and the Saeguk Vampire be in?

I don’t know, in guys sometimes it can be sort of sweet, but I dislike it in girls. If they have even shoulder-long hair, the ears stick out of the hair and it’s terrible.
Again, what makes me wonder is that in Korea, the country of plastic surgery, they correct anything, even the smallest details that they didn’t really need to, but then they let those ears a pass. Maybe they are not considered a problem?

The ears stick out to make it easier to hang locks of hair to keep it out of the face. lol

vampire boy is still ‘in talks’ for the drama…

but other than that a lot of people watch kdramas just to look at all those handsome men, so I guess they’d focus more on their looks than the girls’?

Would there be noone who watches it for the girls?

Maybe… one simple thing, Most contributors here are girls.

there may be ppl who watch for girls but I think fangirls are louder, if you get what I mean… idk how exactly to explain it… the reason why boy groups get famous faster/easier than girl groups

You got a point there.

I started watching 9-tailed - the lipstick got toned down for sure and he also made a reference of Grim Reaper I was lol.

the ear comments are so funny - I saw a drama where he was a vampire. I can’t remember the title.

I do like the “fresh face” make up for the female actors - for the most part. And their eyebrows are like just straight though - still getting used to that, like almost no arches.

I can’t remember the title.

Scholar Who Walks the Night

me too, I love the fresh-face look, especially on Yoo In-Na!!

he also made a reference of Grim Reaper

Oh, yes, I was waiting for the drama to air and then watch but changed my mind because by that time there will be so many spoilers floating in the air. He didn’t only mentioned Grim Reaper and how beautiful he is but also some from Hwayugi, My love from the star and My girlfriend is a gumiho and I fell for his replacement of hat with umbrella

In some cases , I honestly never noticed it ; it only is obvious when the colors are off or it is extreme , like Alice Cooper’s guyliner back in the day

In my opinion it’s a vicious cycle and they give too much importance to female fans. That’s the reason why they feel entitled to bully the actresses, call them ugly (since the feel they are prettier than the actress) If they get jealous they say horrible comments even wishing death on the actress (and not the character) those lunatics are the cause of so many suicides.

They need to stop that already, we are in the 21st. century and women have as much power as men in most country in the world. We are capable of doing construction work if we have too. I’ve seen Asian women here in the city carrying supplies in their shoulder working in construction or holding the higher up position in companies. I doubt they are ‘‘behind’’ the times in Asian countries.

I saw a documentary of a Female architecture in South Korea who was the one who first came up with the idea of making buildings in the tiniest corners. Her work was amazing bc she managed to make waterfall and green house in the basement so that ppl didn’t feel entombed in the bottom part of the house.

I think westerners get this confused. ( As a westerner and a man myself it took me a while get this ) …Men in the dramas are more sexualized than the women , since women are the primary market. The ‘flower boys’ always have a reason to take off their shirts, they are generally much younger in appearance then the role they play , so on and so forth. Even the FL looking like a goddess only serves to sell the makeup and clothes that she is selling, we are just not used to men being exploited like that.

I agree that male figure in Asian countries are exploited, and females serves very little purpose in dramas, and that’s just what I wish to change ‘‘to catch up with the times.’’ It’s time for this dramas to get an upgrade and get out of the ‘‘old times thinking.’’

For 7 years now I watch the same story plot played out again and again, and it’s totally ridiculous (well ‘‘tiring’’ to see the same story played out/ even in Zombie Detective drama you see the pattern). A zombie rotted corpse with a chiseled perfect face and knock out body, and the girl is ‘‘slow’’ although she has a good career (she got fired). She stayed with the same dirty clothes for 2 days and didn’t bathe: Does that makes sense? Not to me, it doesn’t.

we are in the 21st. century and women have as much power as men in every country in the world.

I wouldn’t be too sure about that … 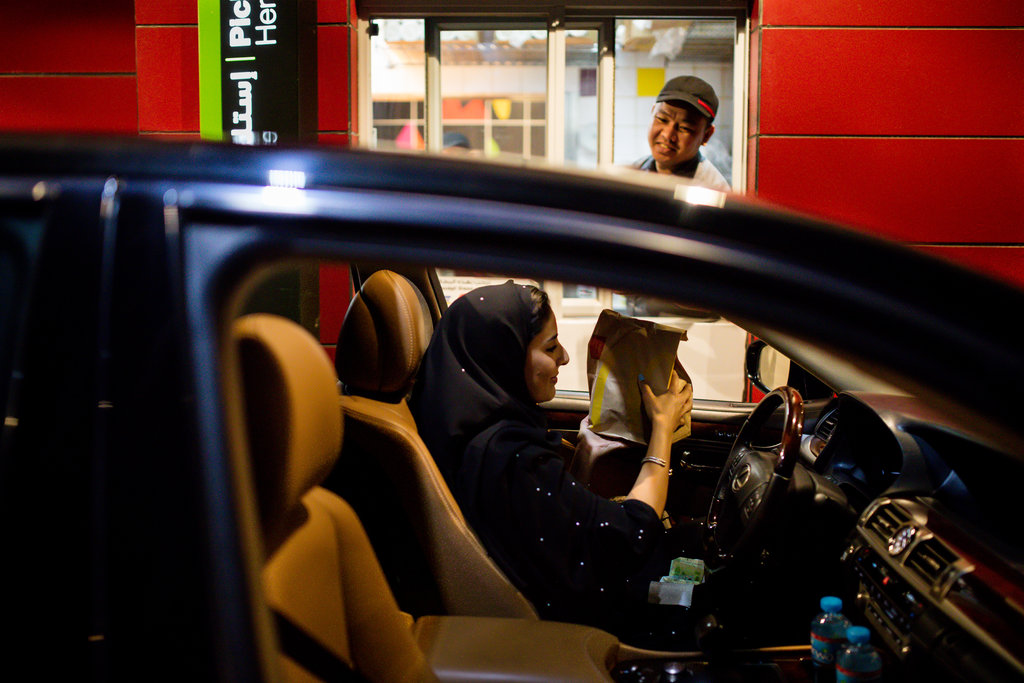 Saudi Arabia Granted Women the Right to Drive. A Year on, It’s Still...

A year after Saudi Arabia lifted its ban on female drivers, thousands of women are behind the wheel. But behind the celebrations lay larger issues.

@mirjam_465
When I was writing about Asian countries I was referring about South Korea, China and Japan (which are the countries I watch dramas/shows/movies from) Funny thing is, I didn’t even know Saudi Arabia was considered an Asian country too (you can call me ignorant) lol

You wrote “every country in the world”, though …

The catching up is getting there , like I said before , being American and male it took me a minute to ‘get it’ …primarily because I was watching the women. To date , I have only seen one K-Drama that made visuals primarily for men, and that was ‘Marriage , Not Dating’ …and it was pretty obvious… Han Groo was either in a mini-mini skirt or painted on shorts in nearly every scene…a dead man would have noticed

But outside of the East Asian market, I doubt seriously this will change , as China has major social change as a result of it’s one child policy has created a society in which women have ‘buyer’s choice’ as there is now an imbalance of available females to males.

When I was writing about Asian countries I was referring about South Korea, China and Japan

Owh! That somehow broke my heart.

I have read about the female toxic fans - yikes. I mean I get it, it’s a lucrative business - cater to these female fans so show those washboards etc because that’s the money trail but something’s gotta give. Making the male more “pretty” than the females because that is what sells - kind of sad, also whatever happened to " Women lifting other women up" vs being catty and petty. I must say, the drama " It’s ok to not be ok" is pretty different - the female lead is beautifully-gothic in her style.

I have noticed that even during awards night - the women - although very beautiful look less “dolled up”. Is it a Korean trend? Is it because of toxic female fans? Combination of both? Maybe I’m more used to seeing the Oscar/Emmy’s/Canne’s red carpet glam.