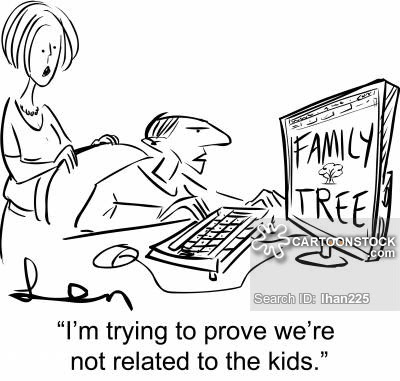 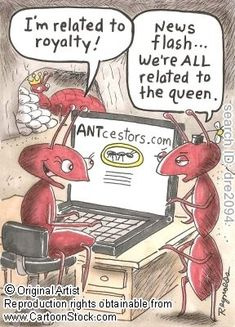 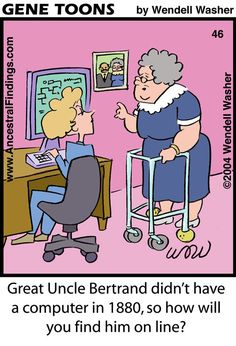 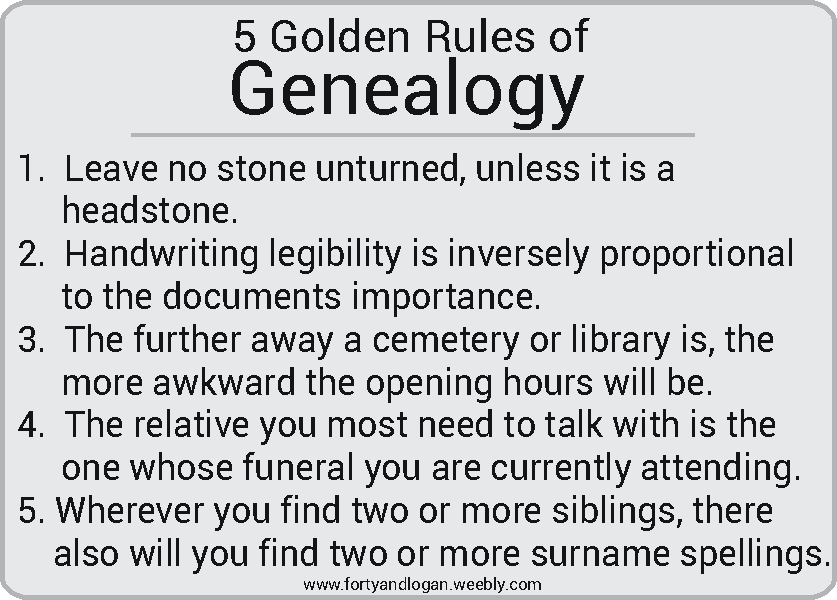 https://familyhistorydaily.com/free-genealogy-resources/how-to-quickly-find-free-genealogy-records-from-hundreds-of-us-repositories/ now don’t know if this is also for different countries. 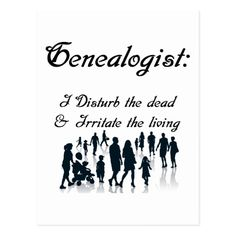 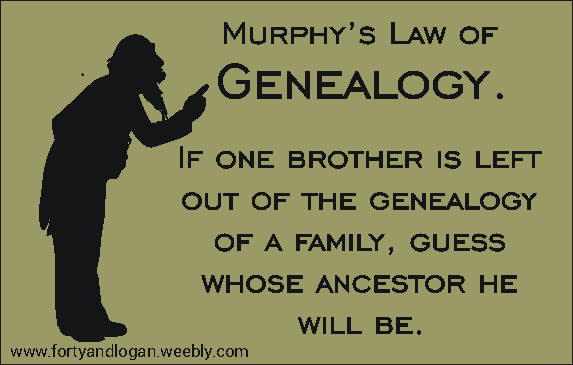 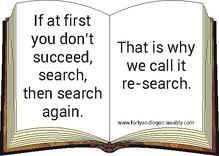 those brick walls are another matter but gotta keep on keepin on!! 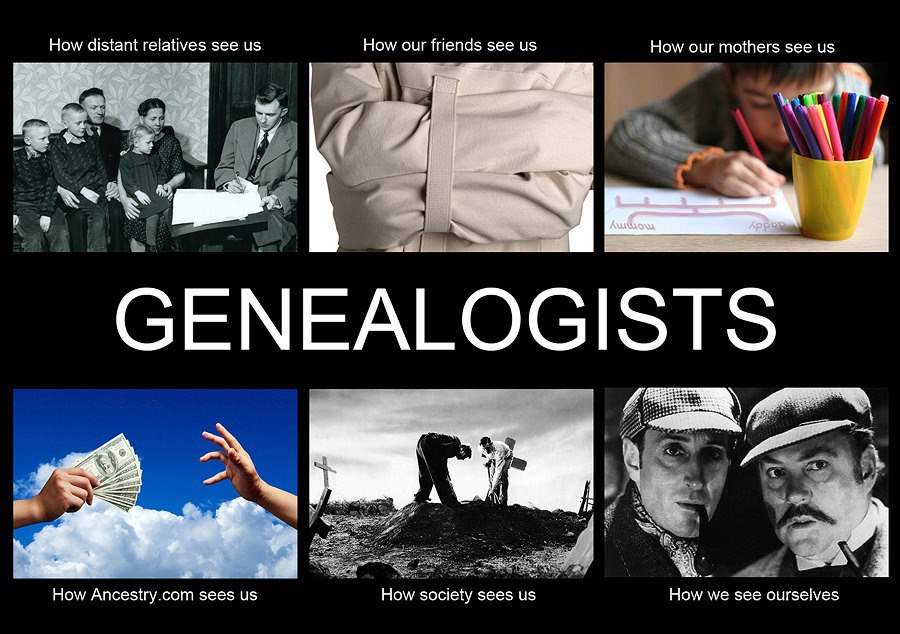 just we are weird 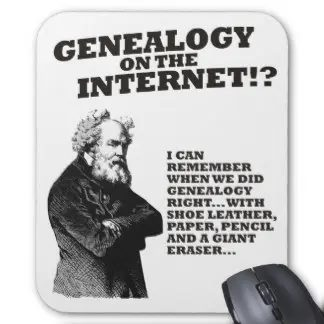 I could have put this opne on the history buff, but this is still genealogy, this is something I didn’t know oh and btw whats the difference ale and that German beer?

German Americans: The Largest Ethnic Group in the U.S.

The influence of German-speaking immigrants to the United States is so widespread it’s almost hard to see. The nineteenth century was the era of greatest immigration 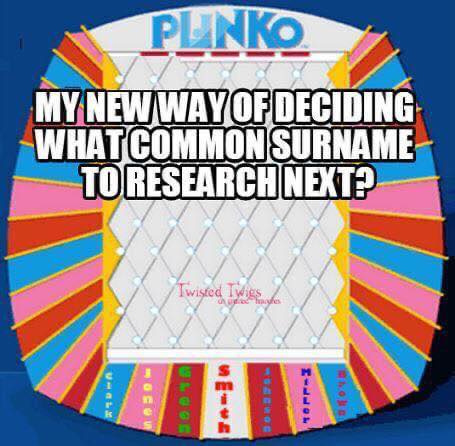 heres another one, not sure to put it here or on History Buff one, but here goes, an interesting read too
then we talk about this pandemic!!

4 Events That Changed Our Ancestors' Lives Forever, and the Records They Left...

When it comes to history and genealogy, the two topics can never be separate. Our ancestors' daily lives, family connections, and records were influenced by events in history that they could not control - and the aftermath of these historic events...

ok everyone I think I mnentioned something like this earlier, but heres your questions to think about 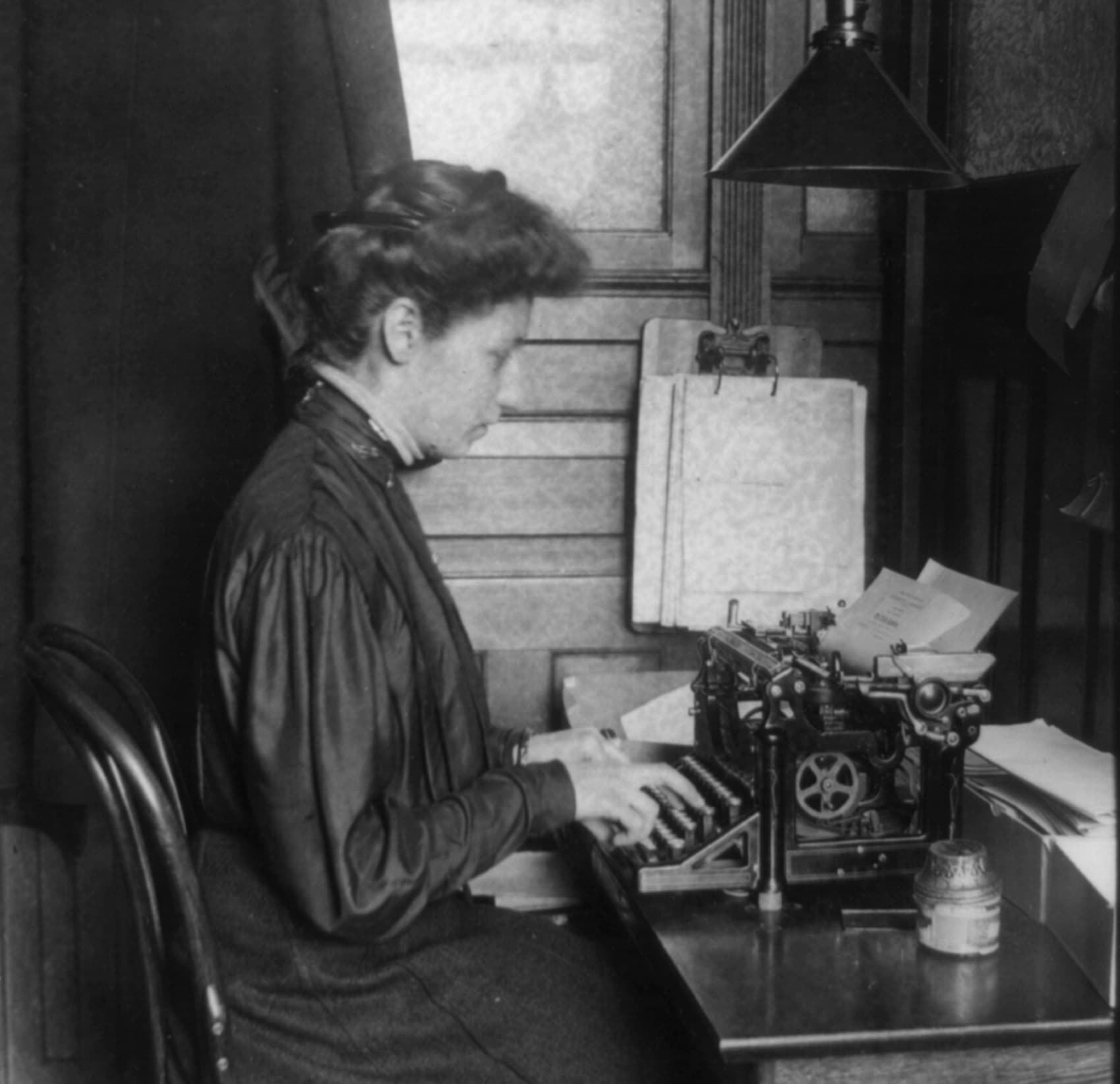 How Explore from Google Docs Can Help You Research Your Ancestors

Google is an integral part of modem genealogical research, from Search to Keep to PhotoScan. But there's one research tool, Explore, that gets missed all too often because it is hidden inside of Google's well-known word processing tool.

I sure do need to that one!! 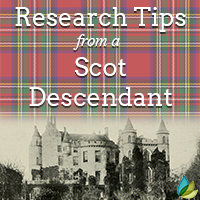 If you have Scottish ancestry, primary records are available on the site ScotlandsPeople. One of our genealogists shares how to find the info you need!

I discovered this this morning, I am going to have to go into it and see what I can find 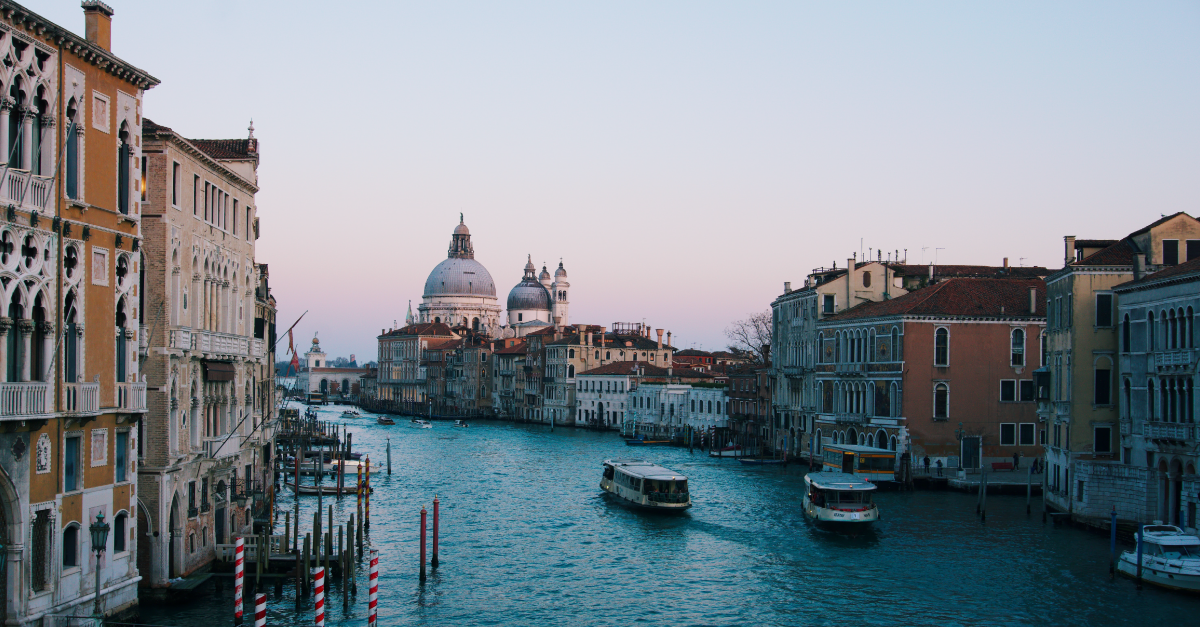 If your family tree has German immigrants, include American church records in your genealogy research efforts. Check out one of our favorite resources!

If you have Scottish ancestry, primary records are available on the site ScotlandsPeople. One of our genealogists shares how to find the info you need!

I really hope someone can use these, believe me, like I said I just found these and do plan to look into them today! search & research again and again, thats why its called re–search!!

gems for sure heres another one, yeah I am picking on Germany cause my ancestors came from somewhere in that area 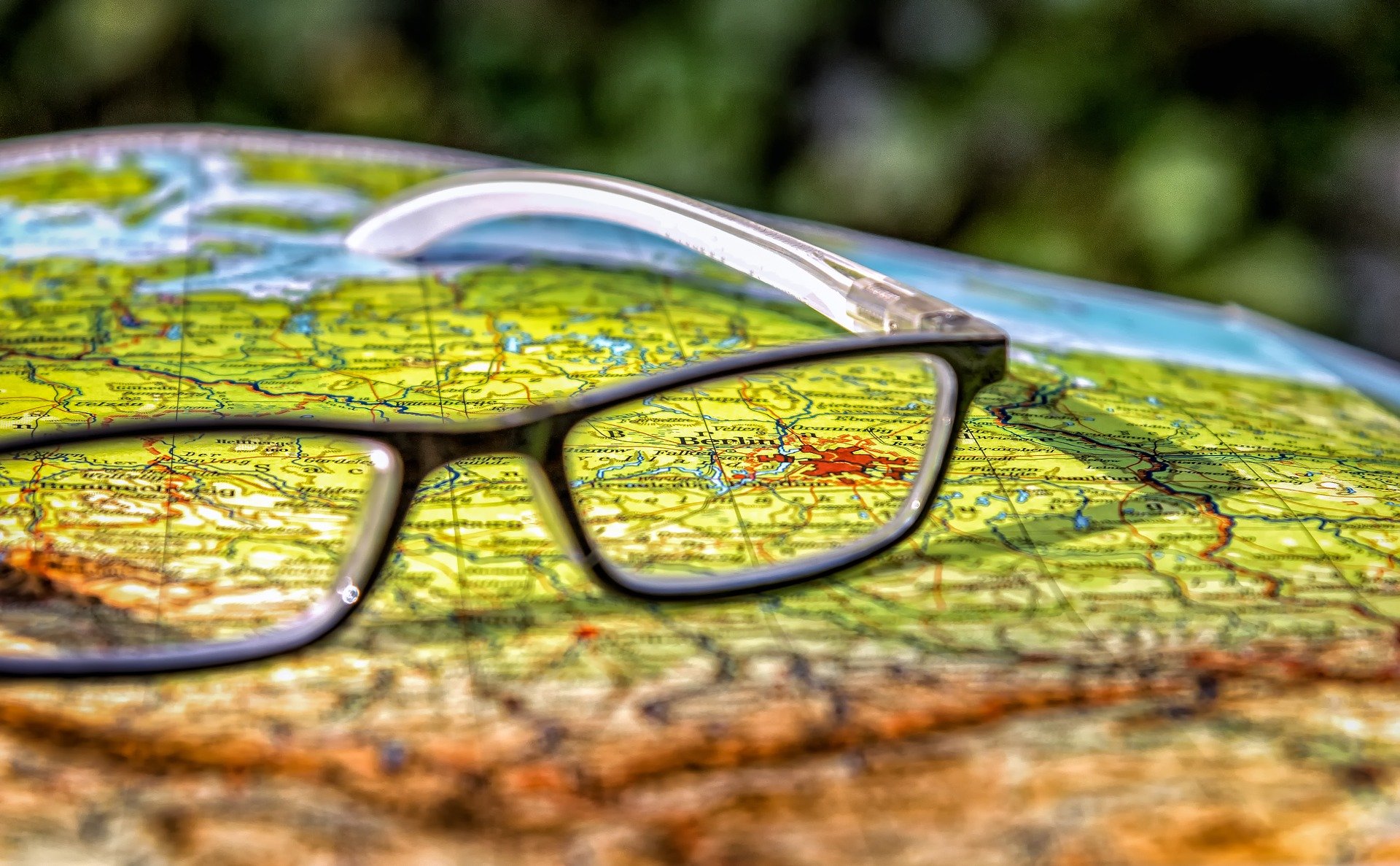 If you have German ancestors, chances are you've encountered some challenges trying to track them down. Changes in jurisdiction and borders, lack of central record keeping, foreign language websites and Old German script are just a few areas that...

some people don’t realize this is also a bunch of history too. I have always enjoyed world history.

My dad’s great-grandfather was one of a set of orphan twins whose parents died when they were 4years old. 1848 . They were adopted by different fami!ies and had different last names and mainly put to work as farm help. There is no way to know their real fami!y names. The brothers kept in touch though. My ggg married twice and widower twice. Tons of kids. They lived in Illinois. His brother married and had 2 kids but when his family was removed to Kansas, they all died of TB. His name was Wolf. They were Pottawatomie. Later the tribe was removed again to Oklahoma.

you are so right, ever hear of the orphan train here in the USA, turn of the century , these “kids” were transfered to other partd of the USA to technically be slaves or farm handss, and to find them? not an easy thing. Pottawatomie, is an Indian tribe in or near Illinois, I am researching some people there as well

, as for Indian tribes, hope I said that right, when they Kidnapped children 100 years ago, another hard one, and yes now today, we have heard of blue eyed or green eyed Indians, which they mainly are dark eyed. so with thjat DNA testing, just don’t know where or who our ancestors could be.

I am sure the other world countries have stories too. sure wish you would share, yeah I know I could google it, but I WOULD LOVE TO HEAR FROM YOU!

Still waiting for my mom’s cousin’s dna results. I’ll let you know those results when I get them.

Lol my family is such an interesting mix. Gramma had chestnut color hair. Her dad had black hair. My mom was dark brunette almost black board straight hair, me? Dark blonde semi wavy, my son has my mom’s dad’s curly brown- black hair. He keeps it short otherwise it boinks on him.

. I don’t know how else to describe it. My sisters hair is the same. It is super wavy but parts are frizzy and other parts are semi straight. Lots of body. What’s funny is that they all had straight hair when they were kids. It boinked on them when they were teenagers. My grandson is platinum blonde but that is not from our side. The platinum and ice blue eyes are from grandson’s mom’s father. Our family has dark brown or hazel eyes with amber rings around the iris. My dad had the prettiest turquois color eyes! Unbelieveable color! Sad - noone has that color eyes and no one has my gggrandmothers blue-black hair! Now that is a gorgeous black, no red. It shimmers with blue highlights. My aunt always told me, “You have hair just like my gramma except you’re a blonde”. Gggrandmas hair was super long like mine. Calf length.

and if I can say it this way, don’t take it aas “gospel”, just do the research is what counts ion that. I have 1% Nigeria, and for the life of me, not able to find source, resource. oh, I am sure that may(underline) be right. My anncestory of Nantucket Mass may have had toose slaves, they were whalers, so I think thats where they came from. would love to see your DNA later.

oh and P/S about Indians, hand me down stories is another one one has to watch out for, be we have black hair, olive skin and so on. theres a link to research the American indians, all tribes, but I havent gotten there yet

For the US, The important thing to remember, for people looking to ‘join’ their ancestral tribe is someone may have an ancestor from one of the hundreds of tribes but that doesn’t mean they are a tribal member. For that, you have to know specifically who your ancestors were and then they had to have been ‘enrolled’ - that means they were ‘counted’ and listed as a member of a tribe when their nation was rounded up and forced onto reservations. So, if you do not know who your ancestors were, it is just of academic interest.

A problem for many people looking for their ancestral tribe and becoming ‘members’ of that tribe is everything is ‘by relationship’. Who are your ancestors? How are you related? Was your ancestor an enrolled member of that tribe? If you don’t know any of those things, forget about becoming a 'member of a tribe. If your ancestor never went to the rez? Forget about ‘enrollment.’ Then each tribe has their own rules for enrollment of current members. Some are by % of tribal ancestry others by descent from the mother. etc. And too many of them bought in to the government blood quantum edit that says if you are 1/4 or less, bye-bye.

With Shoshone-Bannock tribes, you had to have an ancestor who was enrolled and was born on the Rez. But there is also a residency requirement because enrollment a tribe is a social construct. If you go off to the city, have kids and their kids have kids, without those kids every setting foot on the rez. They can forget about enrollment because they do not know their culture. The only way a person born in a town can be enrolled is if their parent was in the military or at university when they were born AND their parent was an enrolled resident before enrolling or military service.

A big problem here for Sho-Bans is there is inadequate housing, so many people live in nearby towns but when someone is expecting, they crowd in with their relatives on the rez to satisfy the residency requirement.

When my hubby knew he was going to go, we polled the relatives to see who wanted to take over the house so his sister, her son and his wife, grandkids and gramma are living here now. It was a big house so they have enough room for everyone. 4 generations.

wow, so much info, whichj I did need, thanks for this! so how do we do the research if our ancestors were in a tribe, left for some reason or other??