I’ll start with one I found right now. This lady was wearing a hanbok (Korean traditional dress) and the rude heiress stepped on it, tearing it (not a hole a tear). Obviously the subber hadn’t watched all the previous episodes, though. And it didn’t get caught by the editor either. 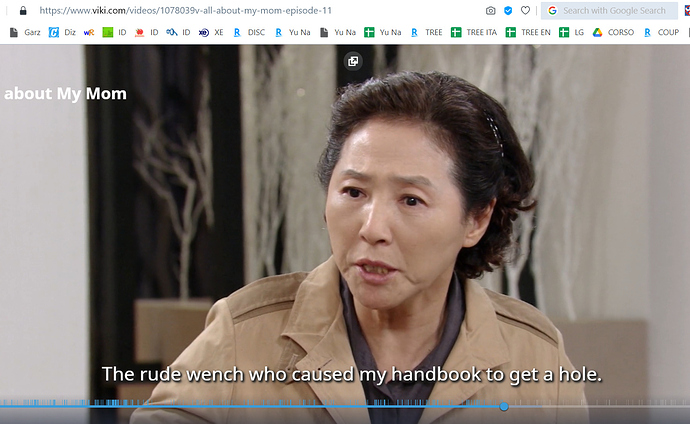 I am pretty sure this is the worldwide famous “autocorrect” at work.

I am pretty sure this is the worldwide famous “autocorrect”

You mean the person had been typing from her phone? Possibly. But she didn’t look at it again after finishing, and the editor didn’t either.
I wish subbers actually watched the drama they are translating. Many of them don’t. They just do a part and leave. So they don’t know anything about who is speaking, the situation, the relationships, nothing.

Possibly they might have used Google Translate to translate it.

I remember that there was a drama, well, but don’t ask me which, where a woman had a necklace on and the line was:

Haha, imagine her neck, LOL - I wonder why no one saw this and wrote to the editor, that I think it is - 24 k - as karat, what they meant.

Oh are we reviving this thread? I have one that comes to mind!

I edited an episode once where the (clearly very alive) character was saying “then I can rest assured”
But the subtitle read “I can rest in peace” and I saw it like ?! good grief, they went and killed the man!

Even though I’m almost certain it was our old friend the google translate, every time I remember it I laugh

Are pre-subs allowed? The Prince who turns into a Frog had the WEIRDEST pre-subs

It was both extremely annoying and hilarious. Correcting them was a whole guessing game of its own. I have a whole new level of respect for our poor TEs and Pre-sub editors 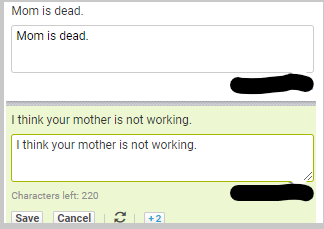 Covered the volunteer’s username because she was just correcting punctuation. The wording and translation is from the Viki pre-sub. 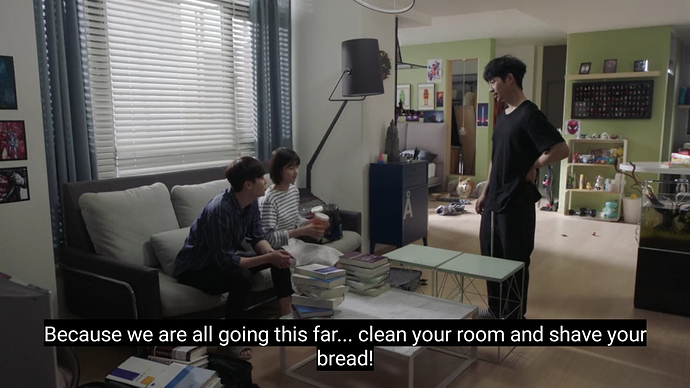 How does one shave bread?

The subtitles in Love and Destiny

It’s a historical fantasy - xianxia - drama, with revered and million-year-old powerful gods and demons… and the subs go

High God to the God of War: What’s up?

God of War: You sure about that?
Another High God: I’m sure. 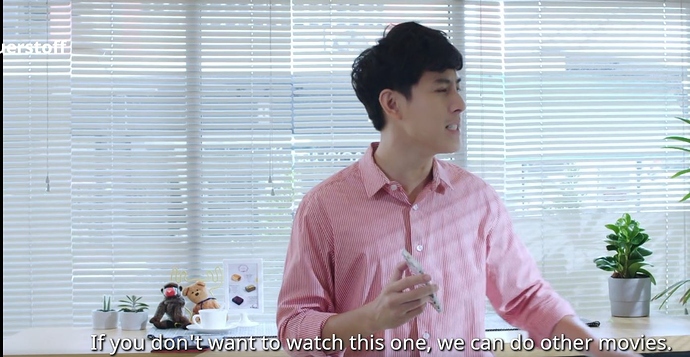 ewrewret.JPG1392×722 140 KB
From Oxygen - I think they wanted to watch another movie, but not do private movies…

I bet is a typo and he meant SHAVE YOUR BEARD.

The reason why I wrote the thread about annoying subtitles here at RVIKI is because lately this situation is getting so out of hand that it needs to stop before quality of subtitles here (which have always been the best so far) are going ‘‘down the drain.’’

They are rushing so much that they don’t have time for editing work done by their subbers bc they either have too many projects on their hand or are too lazy to bother with making their subbers do a re-checking in the subtitles they wrote.

I went to a page of an ENGLISH EDITOR and this person within 3 hours on the SAME DAY had worked in 3 different dramas. You tell me; How can this person possibly catch all the mistakes the subbers are doing? No matter how proficient you may be, that is mission impossible.

There are a lot things going on in here that in the long run will start to affect the quality in the subtitles that RViki always ‘‘bragged about’’ in the past. I had conversation with people that has done volunteer work here for years at this site, but has shown a ‘‘no longer care to do my best.’’ The mindset they mainly have is too go from one project to the other, and the other…

These were the same people I praised so much in the past, but now wonder what changed them so much. I think it’s mainly the lack of show of appreciation from this site higher ups, in the hard work they have done for so many years, after years, and that really breaks my heart.

I know people don’t like my PUERTORICAN personality, but I don’t hide myself behind a ‘‘farce’’ or mask,. I say the things the way I see it, and with evidence at hands NOT bc I want to be the ‘‘KNOW it ALL’’ I just want the issue stopped from getting worse. That is all my intention, but people rather think otherwise than saying ‘‘let’s see how this can be resolved’’ or
let’s make sure this stop already.

Have you noticed that ever since I complained about the word [ANYWAYS] which by the way is not a word, we see it more often than ever HERE in dramas, movies, all over! Why? I was even heavily criticized for bringing it to the attention of a wanted to be ‘‘rookie subber’’ that wrote the word in his/her message. What need is there to try to make a person look bad for trying to do something good?

When that happens the person hears the wrong message, and most likely WILL use [ANYWAYS] in their future subtitles, and this is why, we have it now in Joseon Era dramas; coming from the mouth of KINGS, and in some dramas by RESPECTED ELDERS, and it has no business coming out from those characters bc it degrades the image of the character.

FUNNY subbing mistakes are not funny anymore, they are a nuisance to see in the sub’s drama, and I hope we can stop it in time for the sake of this site which always thrive to have the best quality subtitle, and many caring volunteer workers giving their best at all time.

I bet is a typo and he meant SHAVE YOUR BEARD.

I know what they meant. I just made a joke

The cooking show is on YT and it’s from Russia; so I really don’t know if they really say shave the bread instead of ‘‘grate’’ the bread/cheese. maybe someone from Russia can give me some feedback on that.

The recipe was potato/bread/flour and cheese. It looked good, but it’s too much work for me so I won’t do it. lol

Someone somewhere is trying to prove they’re an English scholar

And the synonyms are a class of their own

Yes, I also figured that it could be a badly pre-subbed video, and is the reason why I added a Russian (since the video is from a Russian person), and not someone from India (where you are from) can explain if they use the word SHAVE instead of GRATE in that country(RUSSIA).

The problem with humanity in our day is, that they always tend to see in others, what in reality they are… themselves.

I have heard/ read shilly-shallying (as well as fibbing and some others) before, but tergiversating?

Temporising is funny too 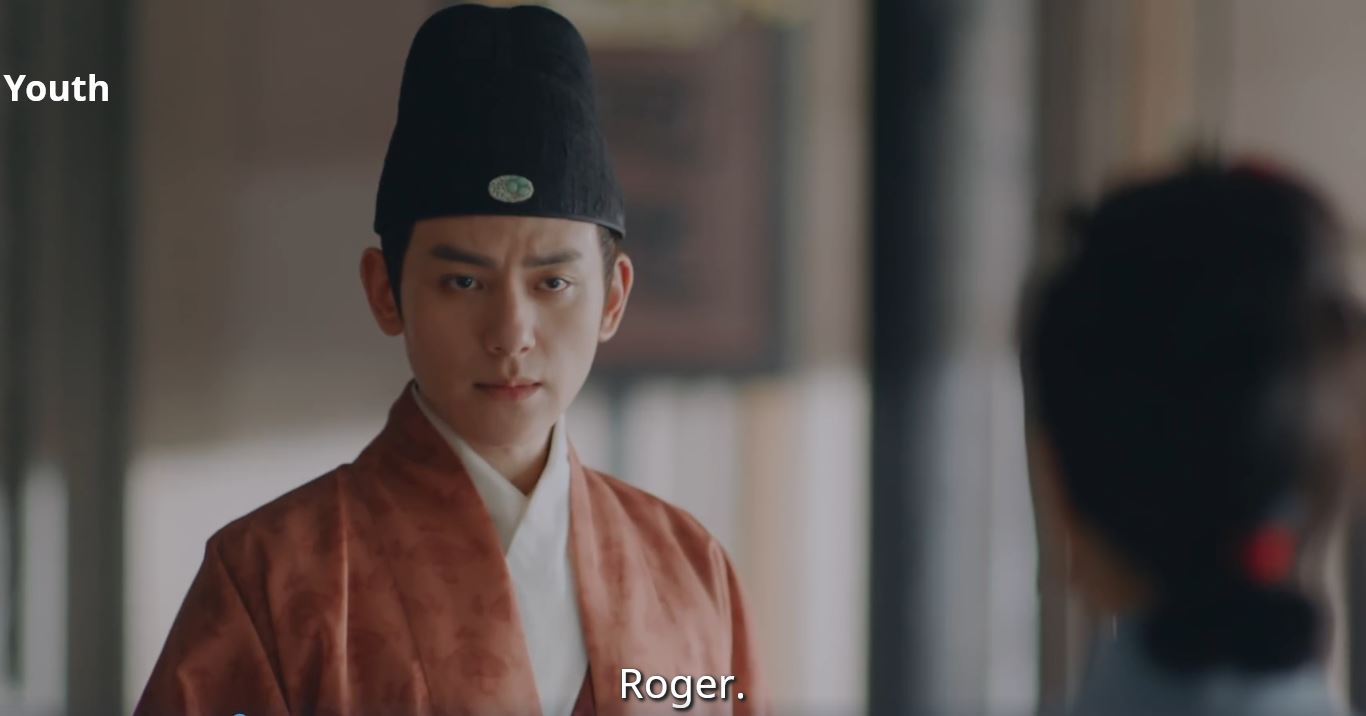