I forgot which drama this quote came from

“​​I want to get blown in the wind with you, get soaked in the rain with you, and catch falling hail from the sky together. I want to listen to cicadas at night and do a number of stupid things, but only with you.”

It’s similar to this one from Tomorrow With You, but I don’t think it’s from this drama. I think it was a cdrama.
“And I’m completely smitten with you, every single day. So… just wake up with me every morning and text me when you get to work. Eat dinner with me, watch movies with me and sleep with me. That’s all I need from you.” - Song Ma Rin

I cried like a baby when she said that in TWY. The whole drama was about treasuring the present… it was beautiful.

Love and Destiny
FL to ML: “I… only wish… to not remember you… for all eternity.”

(a waterfall releases from my eyeballs)

The Pillow Book
FL to ML: "I don’t want any item from you." (she rejects his ring, which he made out of HALF HIS HEART)
“No Need to give me anything. Everything between us has been written off. Our past love affinity was just my loving you too much.” - the pain…

Eternal Love
FL to ML: "Ye Hua, just let me go and I’ll let you go too. From now on, we will not owe each other anything. - goosebumps every time I watch this scene.

The meanest in Girl In Blue

Here’s another memorable one from skate to love.

“Dreams don’t shine. What shines is us, the ones chasing after them.”

It can be easy to lose yourself to self-criticism & be too hard on yourself when something goes bad, but it really helps to remember that dreams are nothing without someone to chase them. This quote really helped me improve on myself & embrace my failures as something that brings me one step closer to success.

wow I hate every single one of these quotes

I wanted to shake everybody on set in that scene from Love and Destiny i was screaming NOOO NOOOOO ITS ALL A HUGE PLAN HE’S THE BEST GUY EVER WHY THE HECK WERE YOU DEAF AT THE WRONG TIMEEEE??!!!

Yes same!! It made for a good character arch though. That moment changed her whole attitude. She went from being the naive little immortal to a strong High Goddess after her tribulation. - Cried my eyeballs out when she was dying ngl. They played out that scene well.

My hands trembled and my heart hurt, so that’s how I knew.
That every cell in my body recognizes you. - ml to fl

Since you’re by my side now… I’ll only think about that.
And… day by day… I’m going to make it so that your heart remembers me first. - ml to fl

Not heart-wrenching but this quote made me LOL:

My Roommate is a Gumiho

I don’t care if you’re Jae In’s ex or a pole but on Saturday, he’s mine.

The way she said it was so matter of fact.

CLOY, when they finally meet after separation

FL: How did you get here?
ML: I got on the wrong train. And that wrong train brought me here, to the place I yearned to come every morning and every night. My destination. 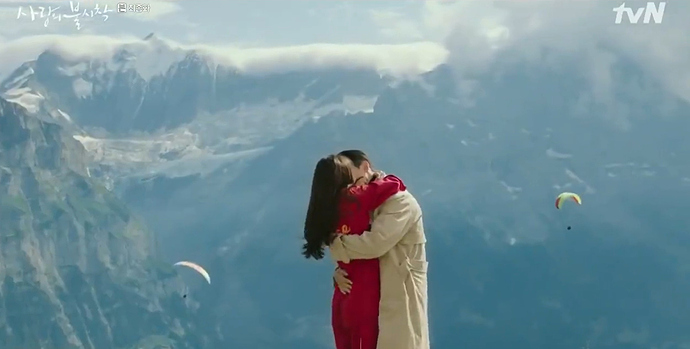 **> Not being able to move is not the only thing that is depressing. **
> Sometimes wandering aimlessly is also depressing.

> When you become the Chief of the Beggars, don’t change your personality… You can do anything. Just like me, be yourself. It’s happier.

Such a refreshing thing to say!

In how many ways will I fall in love with A Business Proposal??!!

ML to a creep who keeps escaping the law:

“You’ve managed to make it this far without getting caught. But unfortunately, you ran into me. As you can see, I have a lot of money, I’m persistent… and smart.”
(the way he says it Korean is ten times sexier but I can’t really type it all out, my spelling is terrible

“Do you know what my love for you and this credit card have in common? They both have no limit.”

pffffffft how did they make him so adorkable and idiotic at the same time?!

“Do you know what my love for you and this credit card have in common? They both have no limit.”

The way my standards for men keep going up. Lol

“My life wasn’t a work of art. It was just an episode of a boring documentary series that no one watches.”

Someone give this man a hug

You bloomed flowers inside me who was so cold. Thank you.
~Snowdrop

They Kiss Again - ML treats FL really badly because he doesn’t know how to handle his jealousy. FL is hurt to the core and leaves the house(they’re married), ML just looks complacent and uncaring. FL’s dad finally reaches his limit and hits him.

“I told you I wouldn’t interfere no matter what problems you had, so that isn’t why I hit you. I hit you because I want you to remember that she is my daughter.”

Okay, I teared up. I thought that was seriously wise of the dad - he wasn’t rebuking his son-in-law’s outward actions and telling him to go apologize. He wasn’t instructing him on how to solve their problem by spoonfeeding him with some formula for apologizing and making up - that may bring temporary peace but doesn’t solve the underlying problem. He was giving him perspective, making him realize that he isn’t the only one hurt in the situation, and that he should stop wallowing in his own indecision and treat her like another precious human.

During another fight, the dad tells him

I won’t interfere. Just remember that you’re going to spend the rest of your lives together.

I loved that way of problem solving. Pulling them away from focusing on themselves and showing them the big picture.