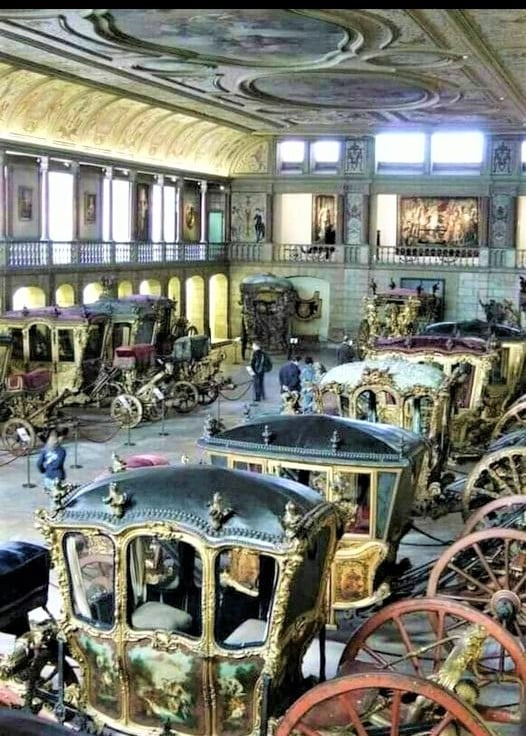 The National Coach Museum opened at the old riding ring of the Palace of Belém on the 23rd of May, 1905.

It was created by Queen D. Amélia of Orleães and Bragança (the wife of king D. Carlos) as a way to preserve the important collection of vehicles belonging to the Royal House.

The museum houses a most unique collection in the world, consisting of vehicles from the 17th, 18th and 19th centuries - including coaches, berlins, sedan chairs and carriages – all of which are decorated in a rich and profuse style.

Its the most visited museum in Lisbon, if not in the whole of Portugal.

The Museum features some extremely noteworthy horse-drawn vehicles, especially those that belonged to Philip II of Spain (1581 – 1598).

They are the oldest in the collection.

The Museum also includes three carriages that belonged to Pope Clement XI. The vehicles were constructed in Rome in 1715 and are designed in a Baroque Italian style.

The Museum also holds several paintings and other interesting objects from the same period. 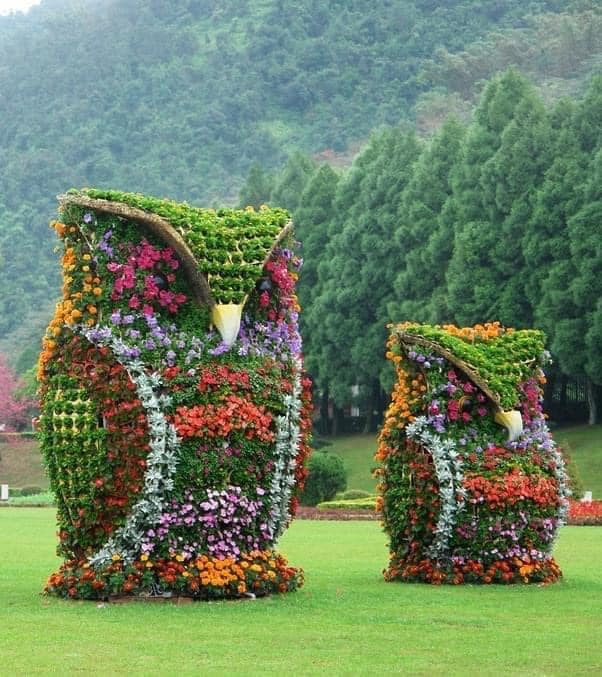 Heres another I didn’t know much about 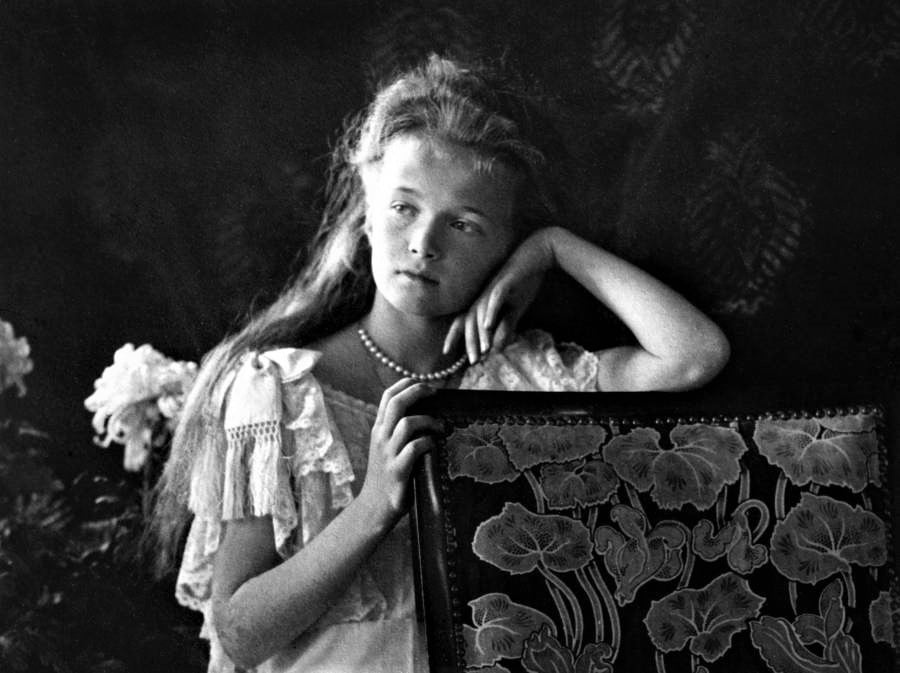 One of the most brutal and unforgivable acts in History, has to be the savage murders of Anastasia, and her family, The Romanovs.

Anastasia was born on 18 June 1901. She was the fourth daughter of Tsar Nicholas II and Tsarina Alexandra.

Anastasia was the younger sister of Grand Duchesses Olga, Tatiana, and Maria, and was the elder sister of Alexei Nikolaevich, Tsarevich of Russia.

She was killed with her family by a group of Bolsheviks in Yekaterinburg on 17 July 1918, she was just 17 years old.

Anastasia and her older sister Maria were known within the family as “The Little Pair”. The two girls shared a room, often wore variations of the same dress, and spent much of their time together.

Their older sisters Olga and Tatiana also shared a room and were known as “The Big Pair”. The four girls sometimes signed letters using the nickname OTMA, which derived from the first letters of their first names.

Anastasia was short and had blue eyes and blonde hair.

Her features were regular and finely cut.

Her fine eyes held impish laughter in their depths, and dark eyebrows that nearly met.

It is believed that Anastasia resembled her mother, she was more like her mother’s side than her father’s family.

Anastasia’s daring occasionally exceeded the limits of acceptable behavior. “She undoubtedly held the record for punishable deeds in her family, for in naughtiness she was a true genius”, said Gleb Botkin, son of the court physician Yevgeny Botkin, who later died with the family at Yekaterinburg.

Anastasia sometimes tripped the servants and played pranks on her tutors.

As a child, she would climb trees and refuse to come down.

Once, during a snowball fight at the family’s Polish estate, Anastasia rolled a rock into a snowball and threw it at her older sister Tatiana, knocking her to the ground.

During World War I, Anastasia, along with her sister Maria, visited wounded soldiers at a private hospital in the grounds at Tsarskoye Selo.

The two teenagers, too young to become Red Cross nurses like their mother and elder sisters, played games of checkers and billiards with the soldiers and tried to lift their spirits.

In February 1917, Anastasia and her family were placed under house arrest at the Alexander Palace in Tsarskoye Selo during the Russian Revolution.

Nicholas II abdicated on 15 March 1917. As the Bolsheviks approached, Alexander Kerensky of the Provisional Government had them moved to Tobolsk, Siberia.

After the Bolsheviks seized majority control of Russia, Anastasia and her family were moved to the Ipatiev House, or House of Special Purpose, at Yekaterinburg.

On the night of the deaths, the family was awakened and told to dress. They were told they were being moved to a new location to ensure their safety in anticipation of the violence that might ensue when the White Army reached Yekaterinburg.

Once dressed, the family and the small circle of servants who had remained with them were herded into a small room in the house’s sub-basement and told to wait.

Alexandra and Alexei sat in chairs provided by guards at the Empress’s request.

After several minutes, the guards entered the room, led by Yurovsky, who quickly informed the Tsar and his family that they were to be executed.

The Tsar had time to say only “What?” and turn to his family before he was killed by several bullets to the chest (not, as is commonly stated, to the head; his skull, recovered in 1991, bears no bullet wounds)

The Tsarina and her daughter Olga tried to make the sign of the cross but were killed in the initial volley of bullets fired by the executioners.

The rest of the Imperial retinue were shot in short order.

It was reported, that once the thick smoke that had filled the room from so many weapons being fired in such close proximity cleared, it was discovered that the executioners’ bullets had ricocheted off the corsets of two or three of the Grand Duchesses.

The executioners later came to find out that this was because the family’s crown jewels and diamonds had been sewn inside the linings of the corsets to hide them from their captors.

The corsets thus served as a form of “armor” against the bullets. Anastasia and Maria were said to have crouched up against a wall, covering their heads in terror, until they were shot down by bullets. However, eyewitness, guard Peter Ermakov, told his wife that Anastasia had been finished off with bayonets.

As the bodies were carried out, one or more of the girls cried out, and were clubbed on the back of the head, wrote Yurovsky.

Anastasia’s supposed escape and possible survival was one of the most popular historical mysteries of the 20th century, provoking many books and films.

The rumours were fueled by the fact that the location of her burial was unknown during the decades of Communist rule.

The Tsar, his wife, and three of their daughters, were found in an abandoned mine shaft, their bodies acidified, in 1991.

These remains were put to rest at Peter and Paul Fortress in 1998.

The bodies of Alexei Nikolaevich and the remaining daughter—either Anastasia or her older sister Maria—were discovered in 2007.

Scientific analysis including DNA testing confirmed that the remains are those of the imperial family, showing that all four grand duchesses were killed in 1918.

Several women have falsely claimed to have been Anastasia; the best known impostor is Anna Anderson.

Anderson’s body was cremated upon her death in 1984, but DNA testing in 1994 on available pieces of Anderson’s tissue and hair, were tested with the blood of Prince Philip, Duke of Edinburgh, a great-nephew of Empress Alexandra.

According to Dr Gill who conducted the tests, "If you accept that these samples came from Anna Anderson, then Anna showed no relation to the Romanov family.

The purported survival of Anastasia has been the subject of cinema (such as the 1997 animated film and the 1956 film that inspired it starring Ingrid Bergman and Yul Brynner), made-for-television films, and a Broadway musical.

The earliest, made in 1928, was called Clothes Make the Woman. The story followed a woman who turns up to play the part of a rescued Anastasia for a Hollywood film, and ends up being recognized by the Russian soldier who originally rescued her from her would-be assassins.

Anastasia (1997) Animated film with the voice of Meg Ryan.

‘Once Upon a December’ is one of the most recognizable animated waltzes, from the movie 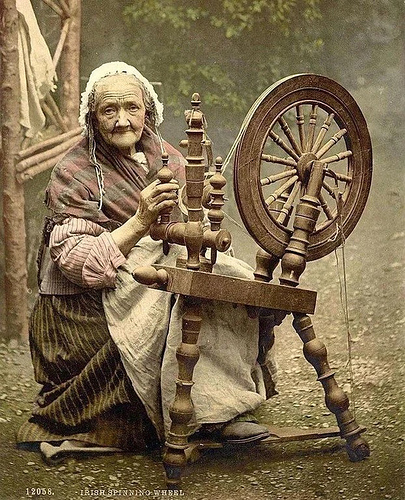 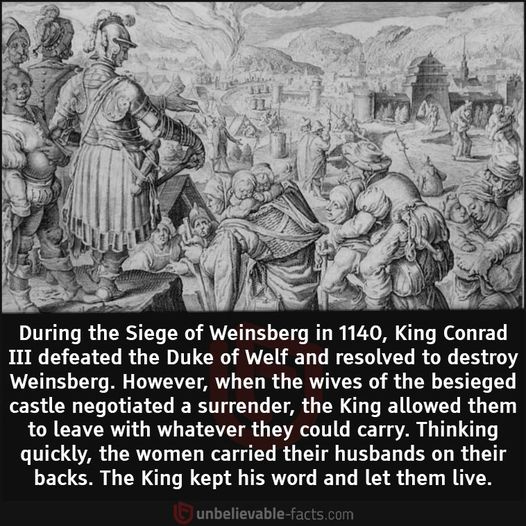 That photograph is hand tinted and looks older than 1890-1900. Her clothing style and mob cap is too old for 1890. More like around 1865 give or take 20 years.!
.
This is my great-great-great-grandmother - direct female line.
Mary

Sometime around 1849-1850. It was during the famine - most of her children came to San Francisco. She stayed in County Tyrone with her daughter Salleigh.
.

I don’t have a picture of my g-g-grandmother Hannah but I do have one of her sister Mary.

Her husband my great-grandfather - George - His family Mom’s side is from County Claire and Tipperary and his dad is from Derry. (Well, the map says Londonderry but we leave the London part out. It’s a resistance thang.) This picture is from when he was stationed at the San Francisco Presidio in 1910. Later he worked at the San Francisco Mint as a guard.

His mom, my g-g-grandmother, Maria - She is from County Claire.

So all these people above are the faces of the San Francisco Irish.

Her clothing style and mob cap is too old for 1890.

Let’s not forget that old people tend to keep dressing as they did in their prime years, instead of following the current fashion.
It may or may not be a factor in this case.

awesome!! beautiful, and thanks for sharing