Because of that, the FL ends up receiving hate comments. I don’t understand why the writer makes her act this way. As if without this behavior, she couldn’t start a relationship with the male lead.

This drives me CRAZY. And in relation to that is when the FL is upset about something that the ML is NOT responsible for but she somehow guilts him into apologizing for it anyway. It is so infuriating! I am all for bickering between my leads - I love a good enemies to lovers storyline, but these types of things are not necessary to pull that off.

when the FL is upset about something that the ML is NOT responsible for but she somehow guilts him into apologizing for it anyway. It is so infuriating!

I recently dropped a drama that was like that. Mad For Each Other. Yes, the FL character is supposed to have some mental disorder, is over-anxious and over-suspicious. The ML is supposed to have anger management problems. But trust me, with all the things that the FL does to him (accusing him of vile things, destroying his property, yelling at him, dragging him to the police station), all because of her misunderstandings, I found his reaction very mild and cool. I would have slapped her silly. Even when she found out she had been mistaken big time, no real apology!
All this was supposed to be cute and funny, and a ‘realistic and compassionate portrayal of mental disorders’? I was FUMING. I dropped the drama like a hot potato. 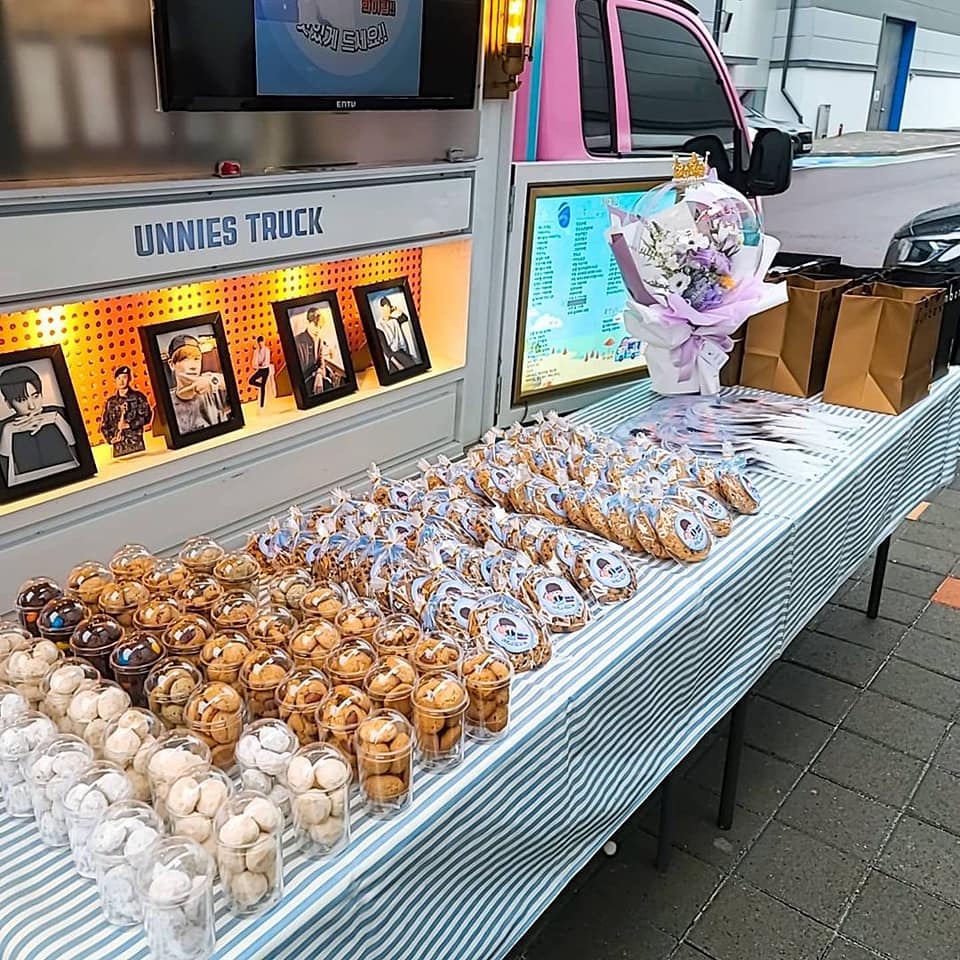 So can someone tell me more about the Coffee Trucks and Goodies that are sent to the Sets of Dramas! I think it is so cool but is it usually artist to artist or is the agency doing it or why or when did it start.?

https://japanese.korea.net/TalkTalkKorea/Chinese/community/community/CMN0000006924
Food trucks were legalized in Korea in 2014. I don’t really know who started the trend, but this is a wonderful way of showing support for the cast and crew of the drama. Since it’s pretty exhausting working on set, these food trucks cheer everyone up and fill their stomachs, too!

Food trucks are ideal because they can travel to remote/deserted filming locations and sets. And it’s in these places that the crew need food and drinks! The food trucks might have snacks, drinks, full meals or other gifts for the cast/crew. I think it’s much more useful than sending bouquets or stuffed toys.

Actors/ Singers sponsor food trucks to show their support for their friends. We’ve all seen these celebrity friends pose with the coffee truck and thank whoever sent it. They might add funny posters teasing the actor or thanking the entire crew for taking care of the actor. It was so cute when Kim Woo Bin sent a food truck to Shin Min Ah’s set with posters showing support of the crew and thanking everyone for taking care of his fiancee.

Fan clubs also send food trucks. They usually have to send in an application to the agency, who coordinates everything and gives them a time slot.

Yep I helped sponsor one once. I think it is wonderful and I love seeing all the photos and how they do the treats! What fun it is for another artist to acknowledge a fellow friend and artist also!!!

It’s the fans. They always send gifts or food to the stars they love and they’re the one who started this food truck trend.

For example, in 2012, on the set of A Gentleman’s Dignity
https://www.soompi.com/article/401195wpp/jang-dong-guns-fanclub-gifts-food-truck-to-a-gentlemans-dignity

I can become a specialist in rare medical conditions just watching dramas. First prospagnosia, then alexithymia, and now HYPERTHYMESIA

image.png693×232 23.1 KB
WOW. It’s like the human body was made so we could have a lovely array of tragic, cold, handsome MLs with weird, exotic conditions in Dramaland

Which drama has a character with alexithymia?

@oriya I think Alice does

And all kinds of psychological disorders:

Did you know that one of the actors in It’s okay not to be okay actually has prosopagnosia? 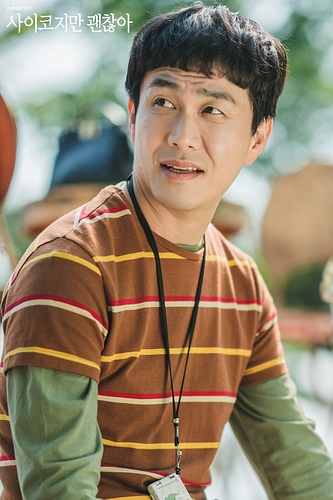 I’m watching a show where the FL is juvenile, & infantilized, and it just hit me, (seriously, just?) Are they written this way because the writer is trying to make the FL fun & playful? Are they trying to write childlike but getting childish?
Or maybe some people actually like the woman to virtually be a child.

I’ve probably complained about this before, but wow it annoys me.

I actually was just about to write a post like this in another thread. I just started a drama where the FL is an IRL 38-year-old who is playing a 28-year-old in the drama but who literally acts like an 8-year-old or worse. I don’t get it. Is this supposed to be cute and endearing? Is this what the writer and director intended? Is this just how the actress acts? I have seen her in something else where she was also pretty childlike, and I just assumed it was supposed to be the naivete of the character, but maybe this is just how she acts. I don’t necessarily have a problem with a naive character, but I don’t know how I am supposed to be drawn to a story in which a character who seems like an actual child is supposed to be finding love.

Is this just how the actress acts?

Maybe, but she also might be type cast in these juvenile roles. I doubt we’d ever see an interview of the actresses complaining, it’d be too risky for future projects.

I seem to think that Chinese dramas, are the biggest offender of this. It also seems that the shorter the girl and bigger the height difference between the couple the lower her mental age.

lol IKR. There’s such a thin line between childlike and innocent vs. childish and stupid. Only really good writers are able to pull it off. I think the one that impressed me the most was The Imperial Coroner. That girl was sooooo sweet, funny, innocent and kinda naive(because of her village background), but she was also really smart and a professional in her field. She was never annoying, never cried for no reason, never went around doing dumb things and making the ML clean up after her(this is something I HATE). I was in love with all the main characters before I knew it. Such a beautiful woman. The relationship was SO healthy, I really pity all those people who decided to skip it because of the low budget.

Another one is the FL in My Love, Enlighten Me. Haven’t finished it yet, but I like this girl. Her sunny disposition is INFECTIOUS! She just has something about her that makes her a ray of sunshine. At the same time, she’s smart, perseverant and determined. Even though the ML saves her a few times, she usually makes the correct decision to get out of that situation first. I actually liked her crying scenes, she portrayed the frustration very well. I like how she bounces back up again from whatever hit her down. But this drama has it’s flaws, not the healthiest relationship ever but better than a lot I can name.

Another one is the FL from Perfect and Casual. I liked that they didn’t dress her like a kid even though she was supposed to have that kind of personality. She was also smart and did well in her own field. I also loved that the ML never treated her like a child or below his level even though she was his student. To him, she was his equal. But the drama as a whole was pretty draggy, as I complained about before.

Great height difference + not dumb or childish = My Little Happiness. This FL was pretty good. She did look like a kid next to him but she had her head on straight.

a thin line between childlike and innocent vs. childish and stupid.

Yes!!! Although, I don’t know that the buck always stops with the writer because there is not necessarily anything inherently childish/childlike in the writing of the one I’m watching, but whether it’s what the director wanted or how the actress plays it, it certainly comes off that way in the way she actually delivers her lines.

What drama is that?

It’s called ‘Love Alice or Not’.

And it’s not just in her words, but in her actions. She legitimately has the mannerisms of a toddler.