Did you guys know that Lovers of the Red Sky will only have 14 episodes? I’m already starting to feel the withdrawal…

Absolutely! That bad boy is worth a re-watch!
BTW, that is the number of eps listed on the show website at Viki. I hope they are lying. LOL! It does seem like the series is starting to get ready to wrap up though. I’ll be soooooo sad…

It is 16 episodes according to MDL!

I hope you are correct!

I think Ha Ram’s revenge will happened in one shot; when they release the devil/ma wa/ bc it can happen, if you think about it.

Darn Viki. False alarm. Google says there are 16 eps. Sorry for getting your blood pressure up.
Cone of shame~ 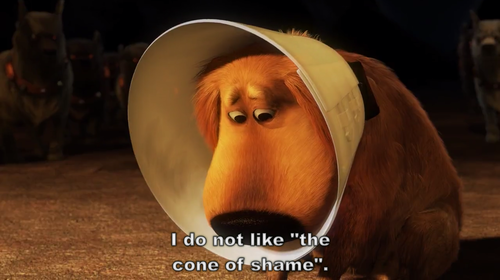 I noticed not a lot of ppl. (in my circle) are not/wants to be watching this drama.

I wonder why bc I feel this drama is different and special effects are amazing.

DOOM had low viewership and I LOVE IT!

I just got distracted! I love Red Sky just have to get back to it! So many dramas so little time!

lol I was wondering what you meant, and I guess you mean Lover’s had the same rating as Doom? I thought DOOM was way lower I saw 3.7? I never thought DOOM got that high.

By the comments I know DOOM and LOVER’s never became popular enough for many to watch but I love both and i hope you do catch up.

l I was wondering what you meant,

I type so fast I can’t seem to spell correctly! I am talking here and on two other platforms! At the same time.

I think DOOM has a bigger place in my heart than Red Sky but I do love it!
SIGgie just captured my heart -

I just finished watching Episode 12 and honestly, if episode 14 was the end I think it would be the best thing that could happen.

I can’t even think; what more can they put on episode 15/16? In my opinion, they will do like DOOM that episode 15/16 were so disappointing. Lover’s of the red sky is following the sick cycle of going around in circles with not much to see after episode 14. I hope I’m wrong.

I loved DOOM until Episode 14; after that it was wasted time for me.

We Will be doing an actual WATCH PARTY of RED SKY in November - Stay TUNED!

I disagree with them about CGI - I think it is super COOL! - On another level

I can’t believe they have the AUDACITY to criticize the special effects that are on another level in the drama Lover’s of Red Sky!

Compare to other K-drama’s I’ve seen that the special effects give a lot to be desired,… [LOTRS] was amazingly done very well(imo).

The only thing I criticize that we are on episode 12 the drama is practically ending, and bc of the drawing competition we haven’t seen much action there (I’m not talking about the romance department either).

Did you guys know that Lovers of the Red Sky will only have 14 episodes? I’m already starting to feel the withdrawal…

Only 14? that is unusual for a kdrama! They usually go 16 episodes. Why did they cut it down? or was it always planned for that length?

Darn Viki. False alarm. Google says there are 16 eps. Sorry for getting your blood pressure up.
Cone of shame~

You scared me! You were looking at the current number of episodes available, weren’t you?

You were looking at the current number of episodes available

Probably. Viki faked me out. I hate when that happens!

Ooo! Lookie what our hottie, Ahn Hyo Seop is up to next. A webtoon called Business proposal slated for 2022.

Ahn Hyo-seop is a chaebol CEO in next drama project

Oh a chaebol CEO - My MAN

Episode 13 is a joke. Hate the way things are going. Too much of the same thing cansa.

Didn’t he went for that Army thing of 2 years? Who am I confusing him with? I know he must have a twin out there.