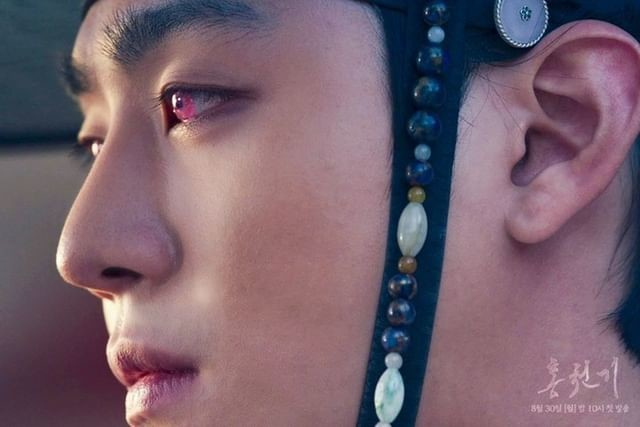 WOWWWWWWWWWWWWWWWWWWWWWW That Ending Kiss was amazingggggggggg. Although I felt like the drama chronologically lost something there; I was happy, happy with the ending.

They did leave it open ended.

Why are you saying it’s open-ended? The main leads’ story ended with a happily ever after. You mean the epilogue that signifies that history must go on, palace politics and struggle for the thrown are never-ending?
They couldn’t give the whole story of the two princes, that part is not fantasy, it is history.
You know this was inspired by king Sejong and his sons, right? The novel has all the real names. They only changed the names in the drama because otherwise the show would have been criticized and maybe taken down, for saying that king Taeyong, founder of the Joseon dynasty, was blood-thirsty because he had a demon inside him! Wise decision, in my opinion.
King’s Sejong’s sons who are used in the drama:

If you want to know what becomes of those two brothers (including the crown prince whom we never see in the drama), read here. It’s not a nice story and I’m glad it wasn’t shown.

Make sure to blur in Spoiler if this has info - I won’t read it I have not finished yet!

We are Watching Partying Red Sky this Month!

I’ve seen this movie about King Sejo, played by Lee Jung-jae, and it was AMAZING:

The Face Reader (Korean: 관상; RR: Gwansang; lit. "Physiognomy") is a 2013 South Korean film starring Song Kang-ho as the son of a disgraced noble family who goes around Joseon and a gwansang expert. He is able to assess the personality, mental state and habits of a person by looking at his or her face. His talents bring him to the royal courts where he becomes involved in a power struggle between Grand Prince Suyang and general Kim Jongseo, a high-ranking loyalist to King Munjong. It i The Face Re...

I guess I’m on the Lee Jung-jae train, somehow

You know this was inspired by king Sejong and his sons, right?

Really? Interesting. Thanks. I had no idea. I have not read the book. I was curious about this show which one of the 2 brothers succeeded the throne.

Count me in too, if time prevails

NO That is the Date - hahahahahaha!

hahaha I’m being so dumb today, I don’t know why!!! lol

No you are not, I too thought the same!

So we need to pick our NICKNAMES for our NEXT Watch Party! RED SKY Starts Friday 7pm East

Who else will we need to name???

I’m not sure, I’m new to this show so I guess that I’m going to figure it out while we are watching.
But, you know that I love your nicknames lol

I think we should call the prince 2ML - Fancy Pants!!! bahahahahahahaha!

meh… not hottie eyes. Variations of Hottie was used on too many characters last show. lol We could just do ‘Eyes’. lol

How about Dauby for painter girl Easier to type.
The other nicknames will come when they display a characteristic that earns a name. ahahahaha

EYECANDY for him or Ramzie

That grand prince though he is a fancy pants