I can only give a show a thumbs up or thumbs down on Ntflx, and I can’t see any star ratings.

Have you gone to the new thing they have? More cast? Is after episodes…wait I’ll be back…

Nothing like that shows up for me. My research suggests that maybe it’s because I have the setting turned on that automatically starts the next episode, but I don’t want to turn that off, so I’ll just live with it.

Lmao and I have that setting turned OFF. I hate when is turn ON bc it goes straight to next episode, and I take breaks so I like to decide if I stop or continue the episode. What are the odds? It could be that… I don’t really know.

But remember; I like it that way too bc I always check who wrote the drama bc I have a list of writers I refuse to watch dramas they write bc I know they’ll suck with the ending.

I’ve finished Hometown Cha Cha Cha. I liked his character in the first episodes but I got bored in the end. I agree, I also don’t think he had a good chemistry with Shin Min Ah.

None whatsoever. If I see a drama where I feel no connection/chemistry between the ML/FL I don’t bother to watch bc the drama becomes so boring, and to me is a waste of time. I am so upset that he finally gets a Main Role, and I didn’t feel that was the right girl for his limelight moment. I just hope they get the right girl for him.

Who you would like to be his next love interest in a future drama?

Suzy but after Start Up, I don’t think they will work together again so quickly.
Moon Ga Young (True Beauty) would be great but not IU.
I would also like Chae Soo Bin.

You have good points but believe it or not, the right story and IU and him can really spark something. It would be something as her struggling singer and Him the nasty record producer with betrayal from women issues.

Chae Soo Bin, looks like a perfect match for him too. I checked her acting, and she’s quite good; so hopefully they pick the right girl for him next time.

I felt that Shin Min-a since she was in a relationship already, was acting way too cautious compared to her other dramas I saw her in the past.

acting way too cautious compared to her other dramas I saw her in the past.

She’s been with Kim Woo Bin for about six years now. In that time, she acted in Oh My Venus and Tomorrow With You, both which had burning, flaming chemistry. Maybe Seon Ho can’t really pull off that level… From the few dramas I’ve watched him in, I never felt like he could ooze sexiness as effortlessly as So Ji Sub or Lee Je Hoon or Lee Joon Gi(Shin Min Ah’s other co-stars). And this was his first drama as ML, while Shin Min Ah is a veteran.

Seon Ho has acted as SML in a drama with Chae Soo Bin as FL, so I wonder if we’ll see them together anytime soon.

I personally thought their chemistry was really nice. It was more sweet and comfortable, rather than a burning fire, but it made sense given the story they were dealing with. I thought it was touching. But I get that feeling the chemistry is just as much a subjective thing as whether you like the story or the actors themselves. There have been plenty of highly popular couples for whom I didn’t feel the chemistry, and vice versa.

As for Chae Soo Bin, I just want to see her in something else soon, with whomever, because I love her.

because I love her.

I feel you! I really can’t wait to see her on screen with Minho!

@angelight
I felt that Shin Min-a since she was in a relationship already, was acting way too cautious compared to her other dramas I saw her in the past.

So I’m blaming poor Shin Mi a thinking she was too ‘‘reserved’’ during her acting bc of her relationship with Woo Bin, and all along this was brewing in the background. Why is it that they always try to destroy the actor’s career when they are doing so well? Even in Start Up he was very reserved and even looked depressed (and I thought he was doing his ‘‘depressive’’ role so well)…Hope he can resolve this and continue on with his career.

Seoul [South Korea], October 21 (ANI/Global Economic): The main actor of tvN drama 'Hometown Cha Cha Cha' Kim Seon-ho said, "I apologize to everyone who was hurt by me," in a statement about his recent rumour.

They won the award of the couple with the most hugs in a drama. I’m guessing there was no kisses??? 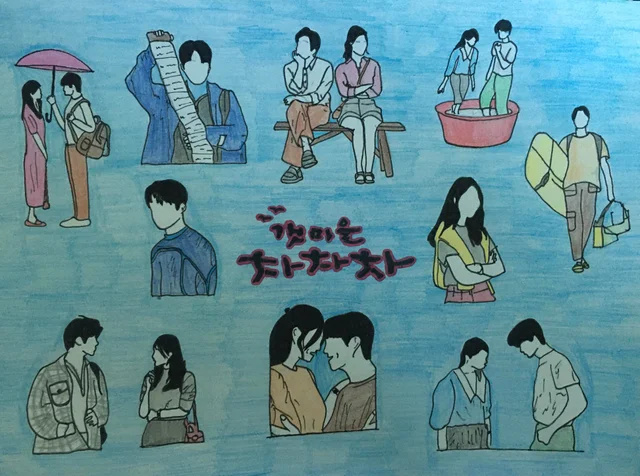 Kim Seon Ho and Shin Min Ah were so good in Hometown Cha-Cha-Cha, they had so much chemistry between them that I almost thought they were in real relationship, but later remembered she is in relationship with Woo-Bin. Spoilers Ahead
Anyone who watched Hometown Cha Cha Cha would love to see that the Main Leads had so much of a Chemistry showing off. Only thing I hated was the quick ending. I hate the fact to complete the series they rushed up on story. They had instantly brought a new twist our ML had been through so much, and even they completed off with the twist in just maybe 2 or 3 episodes, nothing new.

We see that they then propose each other and try to take a picture. Instead of this they might have shown that they with the people of Gonjin live happily in Seoul. They shouldn’t have killed that halmeoni (the granny).

That’s all for now, more thinking to add to this

Have you watched Tomorrow With You or Oh My Venus? Compared to those two, how was the chemistry here?

I would say I loved the amount of chemistry they had shown between the leads in Hometown Cha-Cha-Cha, but I haven’t see yet Oh My Venus

THIS MOVIE NEEDS TO HAVE A RE-WRITE IN THE ‘‘SUCKY’’ ENDING. I can’t get over the ending. HBP causing movie. 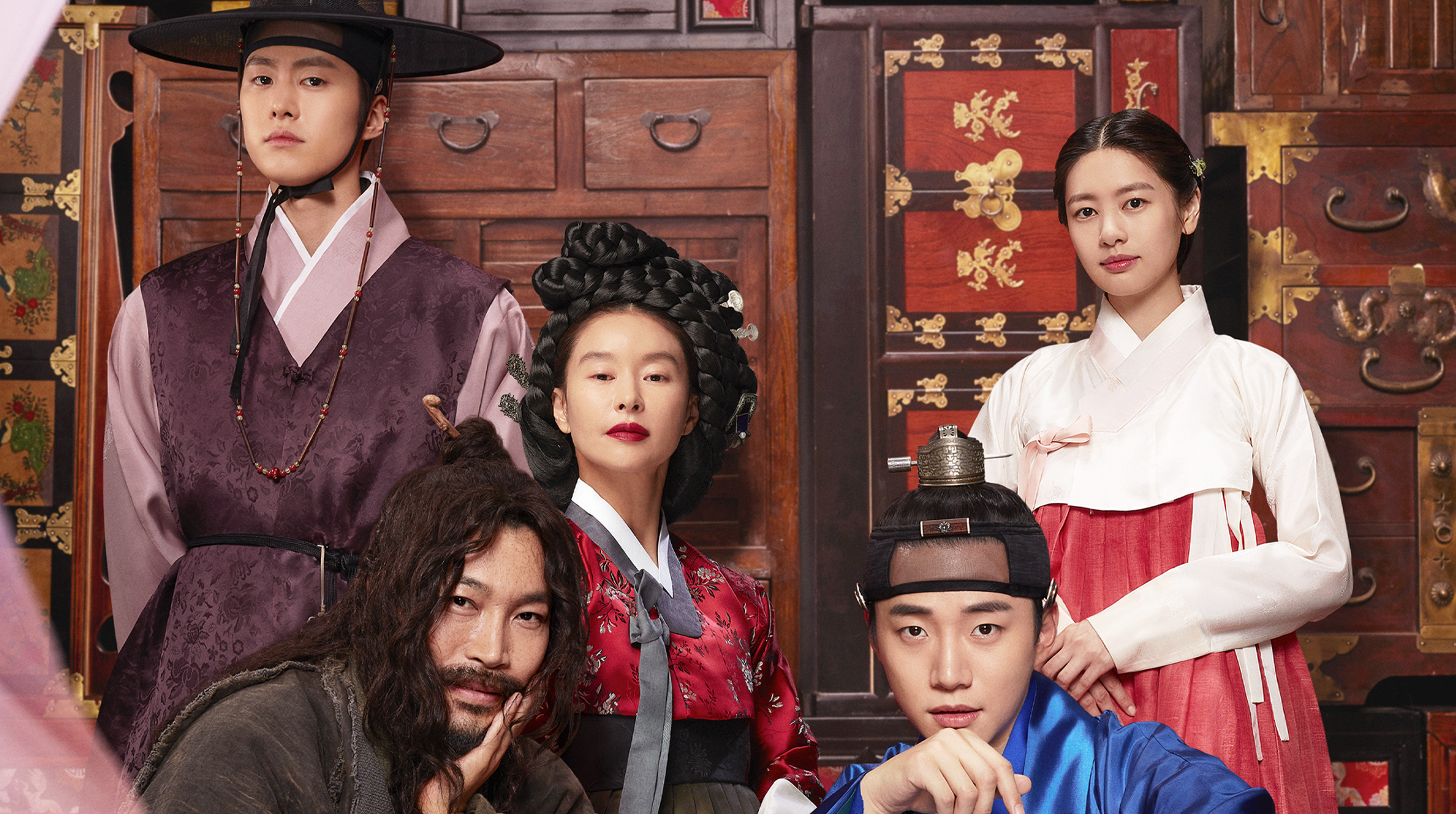 The son of a gisaeng, Heo Saek (Junho) grew up surrounded by the lovely ladies who worked alongside his mother at his aunt’s popular gibang, Yeonpoonggak. Well acquainted with the suffering and oppression these beautiful women of Joseon were forced...

Oh no, don’t tell me that! It has my Junho in it, so I was planning to watch, but it has a bad ending? How depressing.

The ending was ‘meh’ for me and even though I didn’t see it that long ago, the story itself wasn’t that memorable.

TBH, it’s very realistic that SPOILER they wouldn’t end up together because of their social class. I’ve watched enough Sageuks, so I was expecting it. I wouldn’t change the ending… although somewhere I would’ve wanted for her to at least visit him, I also understand that this wouldn’t have been beneficial for her. She might’ve just been filled with regret if she had. She already made her choices, so what was the point in that? Idk, that’s where I’m conflicted.

@my_happy_place The movie descriptions says it’s a comedic film. Even though that might be true for the beginning, by the end it takes a turn.

by the end it takes a turn.

You will be watching it with me - and it’s JUNHO - so we will be ok!!! I saw some outtakes and his acting I’m sure is our brilliant Junho as always! @my_happy_place

Who’s Junho? The ML? I don’t know the actors by name. It’s not a tragic ending but just very disappointing ending. Save yourself the disappointment. I wished I had not given the time of the day.