So fascinating and it shows how much I don’t know about Asia. Timur-Leste sounds like Spanish or Portuguese? And was that Russian in Mongolia?

At my old job, when customers request for a Chinese interpreter, I ask them first how they say “Thank you.” to figure out Cantonese or Mandarin. There are probably at lot more Chinese dialects out there though…

Also, my ears are still not keen on the pronunciations (and spellings) so forgive me but I hear what sounds like “Pali” in Korean that I think means “Hurry up!” or “Quickly” ? For me, it sounds somewhat similar to “Vale” in Spanish but I think it means “Okay” ? They say it 2x too like “Vale, Vale”?

Yes, “Palli! Palli!” means “Hurry up!” In Hangeul: 빨리! 빨리!
It’s written with double l only to avoid it from being pronounced as “pari”. When the ㄹ is between 2 vowels or between a vowel and an h, it’s pronounced as r, otherwise as l.

So fascinating and it shows how much I don’t know about Asia. Timur-Leste sounds like Spanish or Portuguese? And was that Russian in Mongolia?

If you mean the part that starts around 5:03, then it’s Mongolian. They also use the Cyrillic alphabet, though it’s slightly different from the Russian version.
Or are you talking about another part of the video?

This should lead you directly to the Mongolian part.

Fascinating. So is it similar? Like can Russians understand the Mongolian language and vice versa to some degree? Pardon my ignorance… 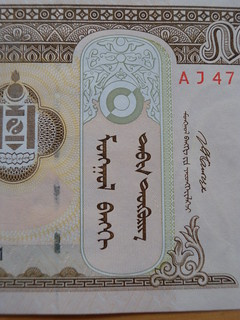 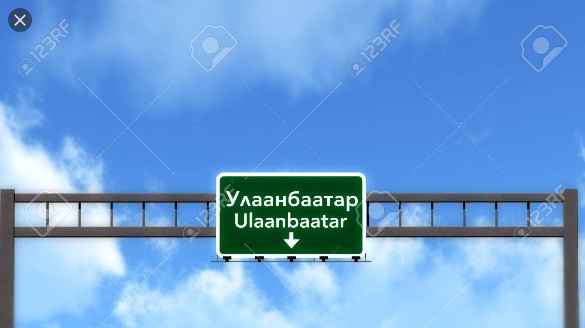 Russian does have all the letters in the name of the Mongolian capital (Ulaanbaatar), but the fact that the a’s are doubled already shows that it’s not Russian.

When the ㄹ is between 2 vowels or between a vowel and an h, it’s pronounced as r, otherwise as l.

wow thanks for this tip!

@zinniac1216, Korean alphabet “ㅂ” as you see in “바보 (ba-bo)” when doubled as “ㅃ” gets romanized as “pp” as in “빨리 빨리( ppali ppali)” or “짬뽕 (jjamppong)”. As to “babo” and “pabo”, they can sound similar when said with an accent on the first syllable in an angry or excited utterance.

I don’t think there’s an English word that is a 1-syllable phrase+a verb that sounds the same and can be completed into a sentence like in this Filipino sentence " Bababa ba? "

which means “Going down?” like in an elevator, can be answered with a "Bababa. " affirmatively.

Ah yeah! I was watching a video three four days back about Philippines and the guy mentioned about this 1 syllable sentence.

I went to his channel for Japan’s video and now I am watching all of his videos.

Yes Vale, vale in spain means okey or like saying yes (agreeing with you).

ppalli (korean) is hurry and quickly (I add an accent to pronounce it my way: Pálí)

This is so funny bababa ba? bababa Very simple language? Not. They also say some spanish words in between their tagalog chit chat, but one of my 3 nurses who speak in tagalog language among each other (as I get my treatment), told me they have over 800 different dialects. They have relatives in the countryside they can’t communicate with bc they don’t understand their dialect.

My niece married a wonderful young man (Filipino) and he only knows the English language (raised here born in the philippines), and knows a tiny bit of Spanish (mainly curses lol). He find curses in spanish so funny.

@zinniac1216, I can’t wait to get in an elevator with an Filipino so I can use “Bababa”.

@angelight313_168, speaking of dialects, MaryK and I are trying to provide Korean captions for King 2 Hearts, a 20-episode K-drama, and it’s giving us a huge headache because of the North Korean accents. It would’ve been easier to provide English translations because although it’s hard at least I can understand Korean spoken with North Korean accent but trying to write it as spoken is proving to be a real difficult task.

I found something that reminded me of this in Busan dialect:

not gonna lie, I’m guilty about the curses in Spanish too that’s why I may be Hablo Espanyol un poquito pero… I know (most of) the curse words when I hear them

@twinkling - that’s a pretty informative video and the

roller coaster part with “Bababa” hysterical . They also mentioned " Kuya/Ate" which is like the equivalent of “Hyung/Unni”.

But you are right that in regular Korean 가 can mean “go”, although it can also be a subject marker.

Baba in most of the Indo Aryan languages is term used to address either father or grandfather, mostly in rural areas since papa is now more common in urban areas for father and dada for grandfather.

Watch Reply 1997 to get across Busan accent, all the actors and actresses are from Busan and the story is based on Busan’s people.
Although all Korean dialects are similar to me