It is very nice Mirjam

I have weekend, the sun is shining and I startet [I’m really tired] and cruse to my horse

It was nice indeed.

Cuddle your horse from me!

Oh you have an own horse? Cool what kind of horse is it?

I’m thinking about riding again since now we have a pony farm not so far away (I checked their page last week but at the moment they have waiting lists, probably because of corona and corona rules, so I hope at some point it will be without waiting lists again). 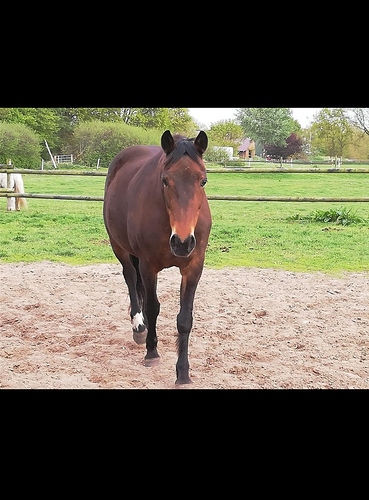 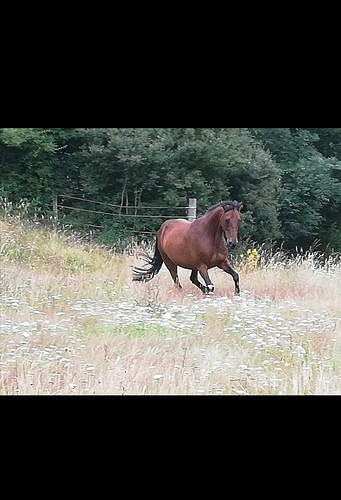 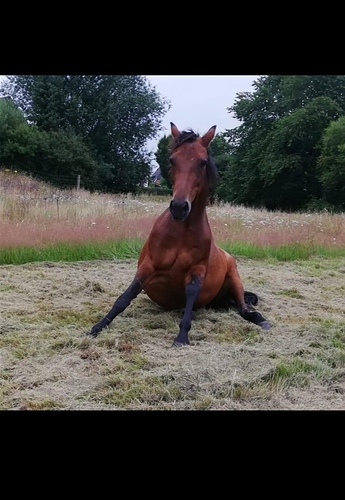 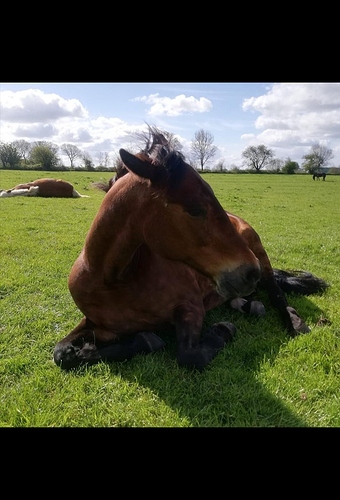 This is Sandera 20 years olt and is a Trotters
Sonmachinima

@mirjam I have she cuddled for you

The pictured “boy” of the Super Junior video is Donghae and yes he played in Panda and Hedgehog, here the link to the drama https://www.viki.com/tv/7776c-panda-and-hedgehog
Mary knows the dramas well

joongkijunkie… names & dates on them? a treasure trove for a genealogist !!

simi11 yes love that drama, cute & refreshing, and that “bug” song forever in the mind!

the horse is pretty!

going to do some of my genealogy today, will look for my “treasure trove”

I found this the other day; I hope I am putting this in the right place;

Aha! I haven’t seen Panda and Hedgehog and I thought Mary @frustratedwriter thought that Henry had played in it! 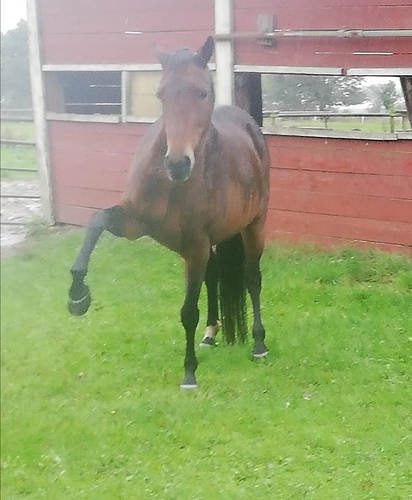 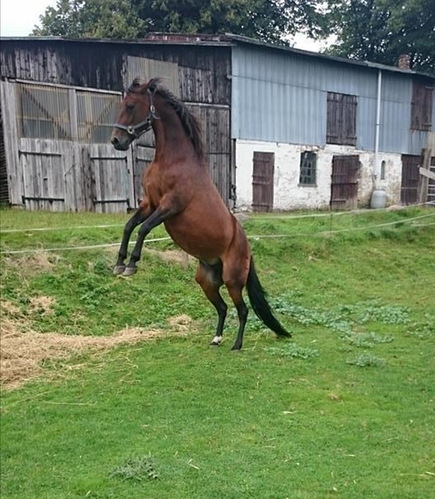 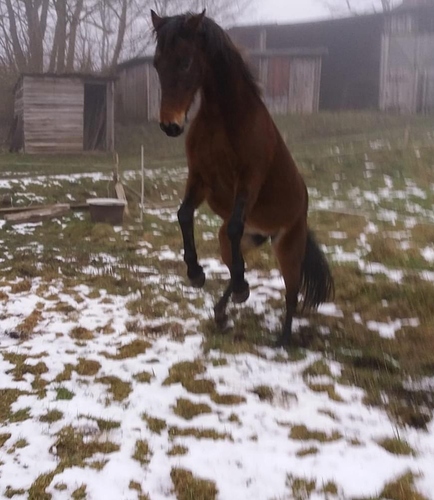 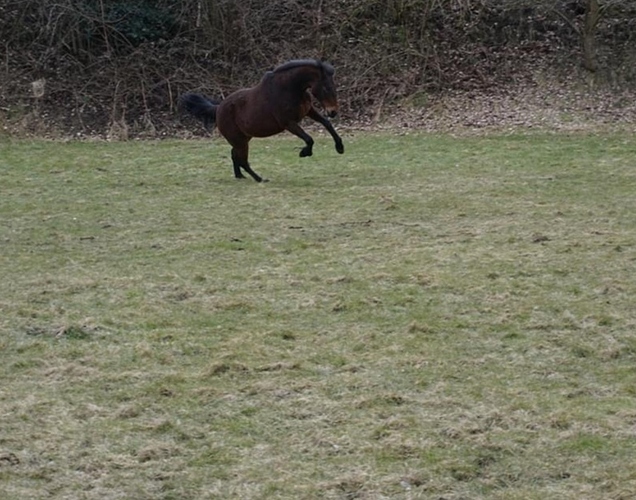 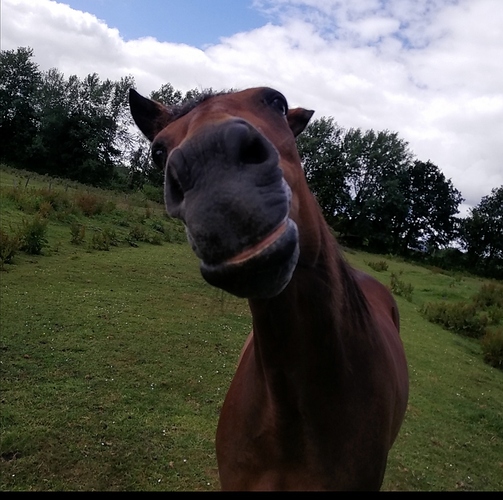 Look at that head tilt, how cute. I kind of miss horse riding now. My last leasson was more than 10 years ago though and “my” horse was super stubborn

The highlight of my day; Laughing and somewhat feeling guilty; but can’t stop laughing after all. Read on…

I have to say I might sound cruel to share this story but it stayed with me after many, many decades. We own a huge farm in my Island high in the mountains in ‘‘ADJUNTAS,’’ and it has trees full of oranges, strawberries as you you go up the hills, full avocado trees, perfect harmony with nature. Small streams here and there, and a large river where people back then washed their clothes (now everyone has a washer and dryer machine although the sun will dry their clothes in minutes) sigh

I just hated the countryside bc I was mainly raised in the city (went to the countryside for vacation). I hated the orangy sticky mud that stained my pearly white skin, I disliked the chickens that constantly attacked me for touching their little chicks bc they were so cute. Anyway, here it goes, back in the old time the workers/employees that worked on the farm were fed by the owner/Boss. So my grandpa had a horse and he would bring them food inside deep in the farm, where they were picking the ground coffee that had turned crimson red and was so aromatic. For whatever reason the horse seemed not to like my grandpa too much as he mounted him every day. One day I discovered why; My grandpa was a bully with the poor horse and he kept hitting the horse with what we call a latigo/whip really hard

. I knew the horse must have been in great pain, and I was disgusted with my grandpa’s behavior towards the poor horse. My brother and I cried and watched in disbelief.

All of a sudden my grandpa falls off the horse from how hard he was hitting the poor thing that refused to move, and as he’s falling the horse kicks him ‘‘away.’’ and he gets a big gash near his eyebrows. My brother and I, who had been previously crying tears for the poor horse, now burst out laughing, and we couldn’t stop laughing no matter how hard we tried (we had to hide and laugh away).

At the time, I was so young I didn’t know he could have been killed by that kick from the horse but I knew one thing, justice had been served. After that incident, my grandpa sent my uncles to feed the workers, and he had more respect for the horse that gave him a good kick, and taught him a lesson, that animals feel pain too. He sold the horse, and we never saw him again, and I hope the new owner loved him, and didn’t hit him the way my grandpa hit the poor thing. Why I laugh when I remember that scene baffles my mind bc I still laugh when I recall the scene; about the horse who taught its owner a lesson about pain.

no the other cute guy

think it’s good that you laughed, He didn’t deserve it any other way…I would have laughed with you

Do you mean this kind of head movement? 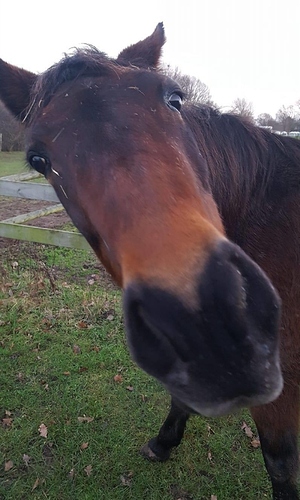 I made me a strawberry smoothie, just for me!