snow snd hot tmps, wow here in NC USA is starting to get hot. he temps here we can get all seasons in a week, earlier in the year that is. oh and where is it snowing?

You are so lucky I wish we also got all the seasons in a week earlier in the year. It was snowing in Dombås, a place in the mountains 6 hours away from Oslo. It all melted quite fast and it got warmer a few hours after it stopped. 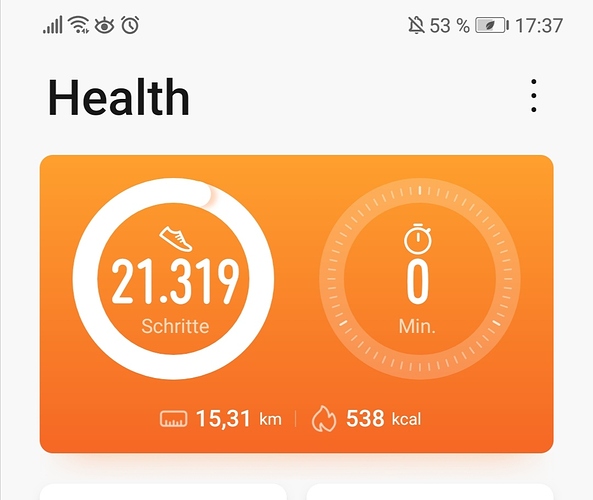 In retrospective of the week - the one highlight was probably, when I accidentally pushed my glass of milk and it splashed all over my laptop. My reaction.
While grabbing my laptop and lifting it upside down pushing the off button.
Then took out the battery looking for some paper towel, first dried the battery, then the area of the battery on the laptop, then the drained the screen with the paper towel, wiped it with some watered towels and used the towels again, then looked for screws and crannies. Then looked at the keyboard only some drips were to see ,so I lifted the buttons a bit got a dry paper towel and looked under every button, luckily there wasn’t much.
Finally, after cleaning put it back together again, pressed the start button.
And …
Hello world!
It worked no problems at all. You can’t imagine the load it took from my mind.
So the worst moment of this week turned into the best.

OMG! I once knocked over a cup of tea during an epileptic episode and that meant the end of my first laptop.

and that meant the end of my first laptop.

I thought it would be ruined, but was either fast enough or just lucky. I can relate though, my mind was already prepared buying a new one, even if my purse would be less prepared. I am just thankful it works without a problem, good thing it was a drink without sugar or acid, that would have maybe been more problematic.

The highlight of my day? Today I will meet my great grand niece born a month ago. Seeing my great grand nephew since February (his birthday) and cooking for them, and catching up with what we missed the most; phone calls or facetime are never the same.

Normalcy in life without fears or worries.

GOD bless America, my family, and all of us, our family, home, possessions, .friends and everyone all over the world.

I’m glad your laptop is okay. That’s always horrible when a laptop is broken.

Yeah, I couldn’t have taken action at the right moment since I wasn’t mentally there at the moment. One moment I walked into the room with my cup of tea. The next I found myself on the couch. On the table where my laptop also stood was my tea cup. It stood right up, but half of the tea was missing and the tea bag was on the table. The table was wet. I had no idea what had happened (wasn’t diagnosed yet at that point).

The table was wet.

Well, in my case I was wet, but well what are washing machines there for?

Hope your health is better now.

the coke scene reminds me of lie to me.

I suffered so much with the LIE TO ME spilled coke scene bc the thought of that stickiness all over their body and the clean house. It was hard for me to watch that scene, and I didn’t find it romantic at all but messy lol

I loved LIE TO ME and consider that actress a great actress but she’s rarely around but when she is, she does a great job!

I did go to the doctor (GP), but she basically just said that there was nothing that could be done about it. She told me if I’d start to see a kind of “curtain” I’d have to come back, otherwise I’d just have to live with it.

I also have floater, and is kind of under control;. I take stuff for the eyes as well. prescribed by dr

my highlight of the day, started early
today I started doing stuff on my Family tree, one branch is a bugger the Way family.

my little avitar is the nine-tailed fox , foxy lady in some of my links,

ok here is the thing. my ancestors came from England migrated to Nantucket,
today I followed one of the ancestors, and discovered she married a FOX! I couldn’t stop laughing, “foxy lady” ninetailed fox" etc. just thought I’d share this.

I AM A FOX! now got to find out if we are really related.
I know most of you don’t do your family trees or genealogy. can you just imagine me a genealogist finding out shes a fox??

and sorry you all on the other side of the world, I hope I didn’t lose you in this silly note!

and sorry you all on the other side of the world

Why?
I think it is funny too …
I would do, but I am too lazy, in Germany unless you come from a well off family you already have problems to know more than the names and dates of your grandparents, maybe your great grandparents. There are a lot of different places to go to many are not digital, some were destroyed in the war.
I have a great grand cousin, do you say it like that, I went for the literal word, so sorry if it doesn’t fit. He did it and guess what he is American! Yepp, I do have a branch of family in America, where his sister is still living with her family. He now lives in Belgium, as his wife is from there. When he did his year off before studying he went all over Europe and searched up our family tree.
LOL I remember when he came to our house my grandpa was alone at home, and he thought he was a thief, looking all shabby after a long ride in the train in summer (those times with no AC). Grandpa took his axe and went after him, because he thought he wanted to harm him … Anyway, I have yet to see this big tree, but I have not. We only met twice in the past years. One time when I spent my holidays in Belgium we met up for a few hours in Antwerp and another time he came to Germany for a not so nice reason.
The problem with finding out names and dates is with me, because I would like to know the stories of those people much more.
So to prevent that anyone who isn’t ready for a sad story should not make the following lines visible. Maybe get yourself a tissue, if not just don’t read it. It is about a great granduncle of mine I never got to know.

The older brother of my grandfather, that we found out last year or was it in 2018? Well, I will shorten it, - we got information of him some pictures and his book of working places, that you had to have with you in times of the Nazis more than ever. You ask where we got it from? From Dachau - the concentration camp near Munich.
And all of us had no idea. I don’t know if my grandpa knew about this, or if he just thought he might have died, because he didn’t hear anything about his brother in times of the war and after. I know that he never mentioned his brother to us kids and though my cousins are all older than me up to more than 10 years plus. We didn’t know about this great uncle’s existence. Only my eldest aunt talked about him sometimes, but only mentioned his name … Unfortunately she died before we got this information from Dachau and my grandpa died in the early 80’s, so genealogy is great, if you have someone you can give it too.
I hope, I didn’t throw you all off with a story from my family. It’s the stories that keep the people alive among us even when they are gone, what keeps my mind going about this great uncle, how he lived the last months in his life, sure we know some places where he went, because of the book where all his working places were noted. So we know that he was roaming in Bavaria from today’s viewpoint nice places, lakes and woods, but when he came to Munich he was picked up by the police, for whatever reason we do not know, he was incarcerated for 2 days and then moved to Dachau. I would need to look at the papers again to say how long he stayed there I think some months, but he got sick, and after Dachau was liberated he died 2 days later.

Ah, dear me, bringing the sad stuff here. At least now he won’t be forgotten, we remember him now. So I think it is great if you can seek for your roots.

So either you chose to read this or not. It’s okay we do not need to read only sad stories, we need to learn that life is precious, and we should use our time given in a good way.

many interesting parts that are incomplete

Well, they maybe will stay incomplete, as there is no one to ask, it was 75 years ago. The witnesses from the past are getting fewer, …
Right now in Germany there is a let me call it a culture, or tradition to remember and not to forget. How democracy was stolen from the people, so some selected few could rule like they wanted. Because people were desperate and believed what a man said repeatedly until they believed it was the truth. He trained his speech, his words were simple, and he reached his goal and lead the people into a future no one would have imagined.
I didn’t live through that but I believe that traumas are given on to the next generation and the coming …
And if one does not accept what happened in history, not only the good things but the bad things and doesn’t try to build bridges to overcome it, then I see little hope in the future for the generations to come.

P.S. You can write me a PM about the parts you mean, I will tell you in private, if I can add something or I just don’t know, okay?