from yesterday, my “frost”
compared to some of you guys!!

Yea. that is typical here. But no snow right now. That ‘atmospheric river’ that passed through was a bit too warm and melted off the snow we had but didn’t rain either. It must have dumped it’s water load in California.

@mattlock
Beautiful pictures, The one with the sneakers over the cable Reminds me Hogwarts

@frustratedwriter It’s always terrible the cold, gray, Sometimes we have such weather for weeks, But with you with the snow
It looks good

@choitrio I will remember your words,
And who knows, maybe even take all the courage together, And participate

@angelight313_168
You will think I am crazy, But with this snowstorm I would like to be there…

Actually I wanted to answer yesterday, But I fell asleep, Just like that

I just got this on facebook, Long Island New York, USA 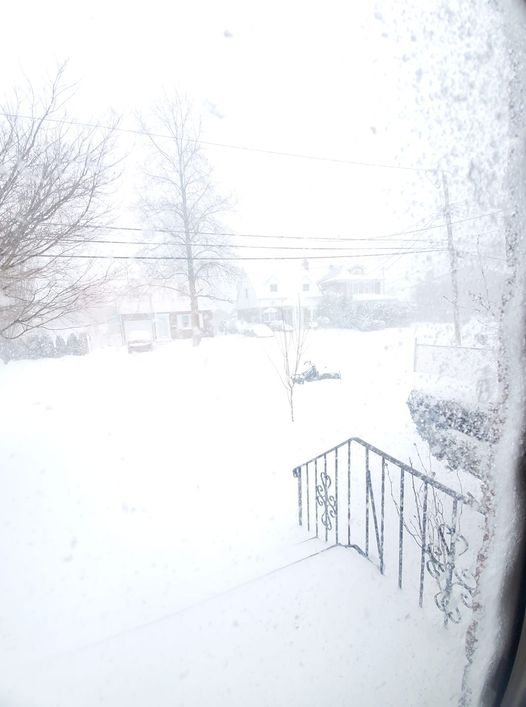 Thank you for this picture @frustratedwriter

My area is worse right now…

Storms are so fascinating, Storms have always made me feel really alive…
The Nature is so powerful, There one notices nevertheless again, how small mankind is…
And yet lets us participate, At their strength…
I always just hope that no one gets hurt, but sometimes I guess it’s not possible…

Storms have always made me feel really alive…
The Nature is so powerful, T

I’ve dug out my share of 100 foot driveways to know how fun it is to shovel snow. At least we didn’t have to park on the road. Wouldn’t want to anyway. That barrow pit out front keeps cars out of your living room.

I LOVE to watch lightening storms. When I was in college a RARE thunderstorm came to San Francisco. I was so happy, running from one side of the house to the other looking out the windows. I was so happy!

I must have scared the bejazus outta my roomate cuz the next morning she gave me an evil look at said, “I HATE YOU!”

“How DARE you enjoy lightening!?! Don’t you know it call kill you!?!” She was seething!

I told her, "Of course I know. When your time is up that lightning will find you hiding under the bed so why not enjoy the show in the meantime?? I was laughing. (I am so cruel. I actually thought it was funny and was laughing about it.)

'I HATE YOU!!!" She threw back at me then she turned and stomped off to her room.

Yea… she was mad for a few days.

Oh! And I LOVE the rain! I will go out and walk around in it without an umbrella.

How DARE you enjoy lightening!?

Haha, right so … As a kid I would get out of bed pull up the shutters to watch the show, then one night lightening striked down a birch only 10 meters away from my window. A tree I knew all my life an impressive tree gone in the split of seconds, since then my “respect” for lightening grew. I am only glad when it is over and not much happened.

This sounds familiar, “lol” And it is so insanely wonderful so good 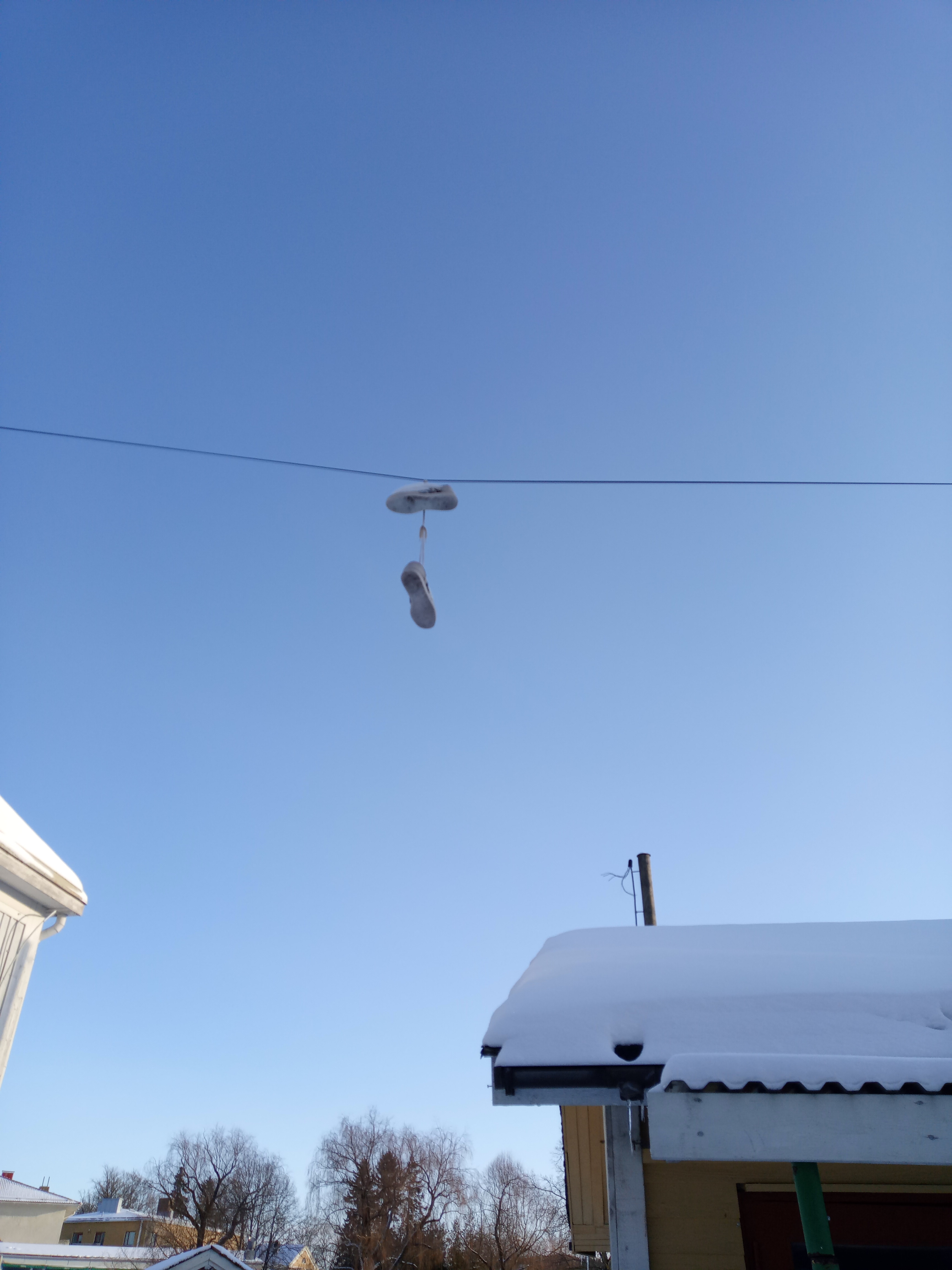 This reminds me the book “Holes”, they made a movie with Shia deBoef where “these sneakers” fall on Stanley Yelnat’s head and make him a thief who then must go to Camp Green Lake as punishment (correction). The camp makes all young men dig holes (since the leaders are looking for a treasure).
This is one of my favorite books I read with kids when it was their book reading assignment, they made a great movie too

just a shortt & sweet highlight, we discussed a bit ago about phone calls, cards and such. well I got 3 phone calls yesterday, that made my day, yeah highlight for my day!!

I found this today, it brought a lot of old memories, someone crying out for help and no one heard them, my highlight I am sooo glad someone heard me, I didn’t give a speach or anything, but this is a kinda pay it forward thing, If YOU can help someone just do it, huh?

It looked like he was carrying all of his books.

I thought to myself, 'Why would anyone bring home all his books on a Friday?

He must really be a nerd.’

I had quite a weekend planned (parties and a football game with my friends tomorrow afternoon), so I shrugged my shoulders and went on.

As I was walking, I saw a bunch of kids running toward him.

They ran at him, knocking all his books out of his arms and tripping him so he landed in the dirt.

His glasses went flying, and I saw them land in the grass about ten feet from him…

He looked up and I saw this terrible sadness in his eyes.

My heart went out to him. So, I jogged over to him as he crawled around looking for his glasses, and I saw a tear in his eye.

As I handed him his glasses, I said, ‘Those guys are jerks.’

They really should get lives.

There was a big smile on his face.

It was one of those smiles that showed real gratitude.

I helped him pick up his books, and asked him where he lived.

As it turned out, he lived near me, so I asked him why I had never seen him before.

He said he had gone to private school before now.

I would have never hung out with a private school kid before.

We talked all the way home, and I carried some of his books.

He turned out to be a pretty cool kid.

I asked him if he wanted to play a little football

We hung out all weekend and the more I got to know Kyle, the more I liked him, and my friends thought the same of him.

Monday morning came, and there was Kyle with the huge stack of books again.

I stopped him and said, 'Boy, you are gonna really build some serious muscles with this pile of books everyday!

’ He just laughed and handed me half the books.

Over the next four years, Kyle and I became best friends.

When we were seniors we began to think about college.

Kyle decided on Georgetown and I was going to Duke.

I knew that we would always be friends, that the miles would never

He was going to be a doctor and I was going for business on a football scholarship.

Kyle was valedictorian of our class.

I teased him all the time about being a nerd.

He had to prepare a speech for graduation.

I was so glad it wasn’t me having to get up there and speak.

He filled out and actually looked good in glasses.

He had more dates than I had and all the girls loved him.

Boy, sometimes I was jealous!

Today was one of those days.

I could see that he was nervous about his speech.

As he started his speech, he cleared his throat, and began…

'Graduation is a time to thank those who helped you make it through those tough years.

Your parents, your teachers, your siblings, maybe a coach…but mostly your friends…

I am here to tell all of you that being a friend to someone is the best gift you can give them.

I am going to tell you a story.’

I just looked at my friend with disbelief as he told the first day we met.

He had planned to kill himself over the weekend.

He talked of how he had cleaned out his locker so his Mom wouldn’t have to do it later and was carrying his stuff home.

He looked hard at me and gave me a little smile.

'Thankfully, I was saved.

My friend saved me from doing the unspeakable.’

I heard the gasp go through the crowd as this handsome, popular boy told us all about his weakest moment.

I saw his Mom and Dad looking at me and smiling that same grateful smile.

Not until that moment did I realize it’s depth.

Never underestimate the power of your actions.

With one small gesture you can change a person’s life.

For better or for worse.

God puts us all in each others lives to impact one another in some way.

Look for God in others.

You now have two choices, you can:

As you can see, I took choice number 1.

‘Friends are angels who lift us to our feet when our wings have trouble remembering how to fly.’

There is no beginning or end…Yesterday is history.

Tomorrow is a mystery.

Today is a gift.

that is my highlight for the day, I really hope you enjoyed it and got the message!!

Yesterday, I was opening the shatters and saw the sun rising beautifully - bright - blinding not your usual sight for a winter morning, when the past days were gray and cloudy.
Today, the sun was even more bright as I watched it rising up with my mom.
Good moments shared double the happiness.

wow sure would love to see old sol!! or that golden “UFO” this “liquid rain” has to go!!

Another icy blistering cold day and more snow on the way and hoping for better days in the horizon is bad enough we are stuck inside dark gloomy days are the pits!!!

so what was the highlight of that day?

Another fucked up day was the highlight of the day. What else?

My whole body is aching. I found my mom lying on the ground in front of her bed and got her up again, I didn’t think I could do it. I was amazed that we both could make it. I am so tired, I can’t tell. My body is sore, there is no place that doesn’t hurt, but we made it, and she doesn’t seem to be hurt at all.
Sometimes you just need that little piece of luck.
My arms are so heavy I doubt, that I can lift them in the next hour.
We made it.

Hope you stay strong and healthy, praying for you, FIGHTING!!
Guess the highlight of my day should be that I realised that I have the strength to do things I take for granted…