I can really get going there

When I get busy or weather is bad, grocery delivery is a great way to take a burden out of the day.

giving myself a break, going to do something else today, organize my yarn and material, a few hours would be a big help, yeah the highlight of my day!!! 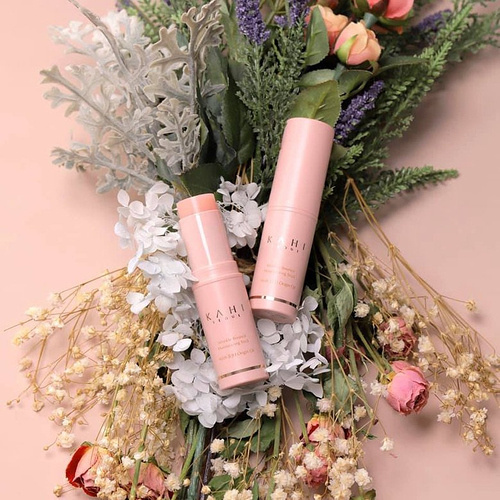 When Your Trainer Compliments Your Skin and says your lip gloss looks great - your skin looks dewy and fresh!
It is partly this darn stick I found in The King:Eternal Monarch and in Spring Is Green!

I love this stuff and it is from S. Korea

so glad I did some of the stuff I mentioned, now I am hurting, sore etc from physical therepy. but I can say, got a lot of the kinks out, can move my arm a lot better. 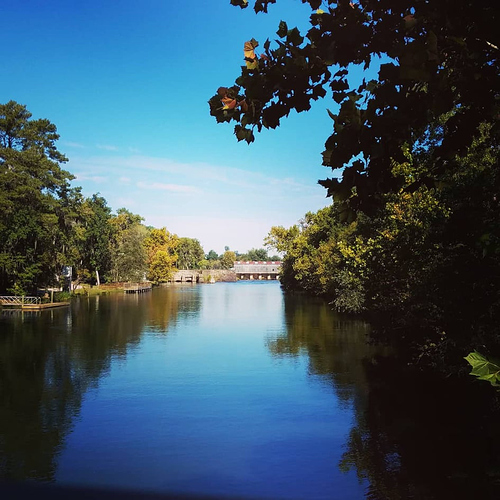 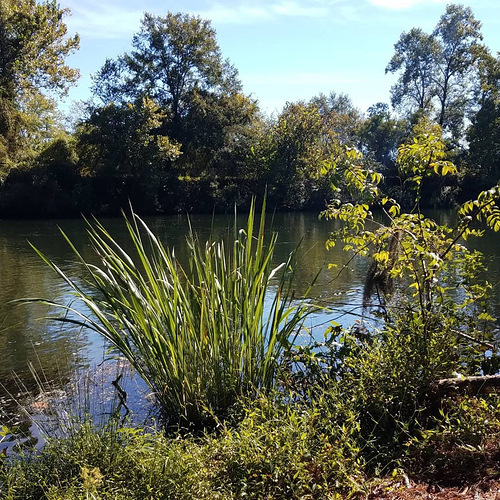 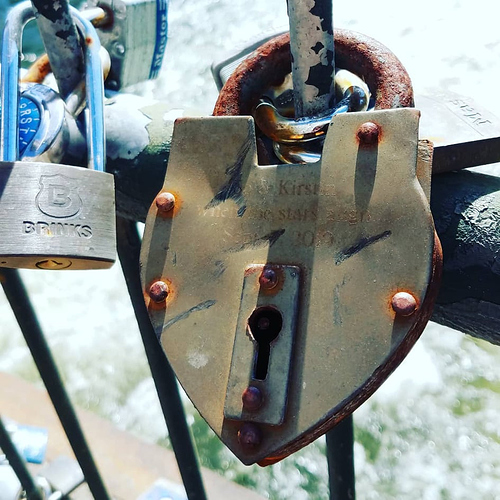 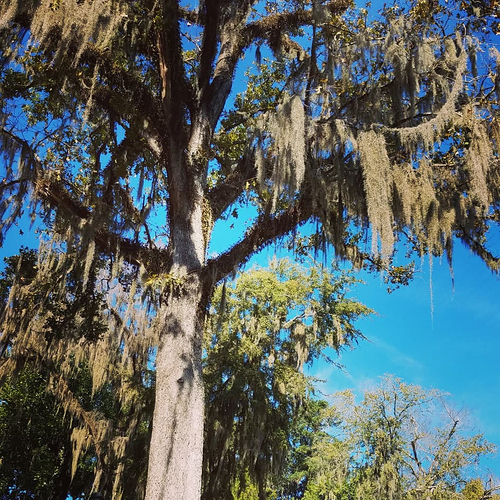 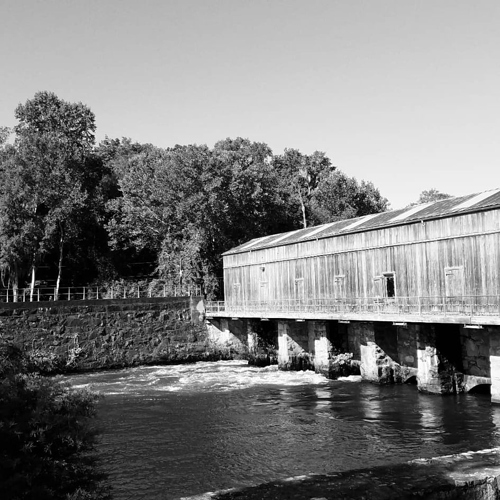 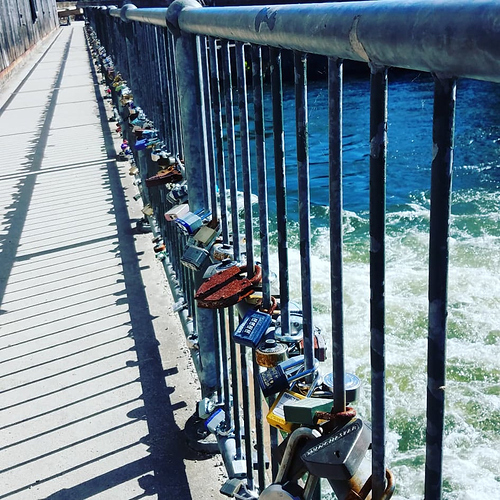 A walk in the nice weather at the river - somewhere in the South! Don’t EVER take that MOSS off the trees you will regret it! 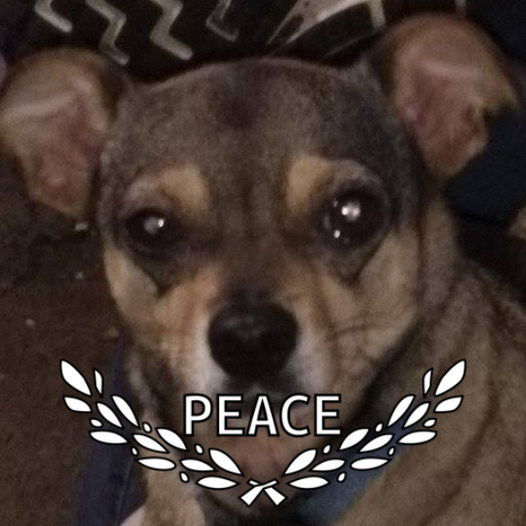 Is Food ever the highlight of your day?
What are the pros, and con when this is the case?
Right now, I wish for an highlight in regards to food. Let me see your food highlight! 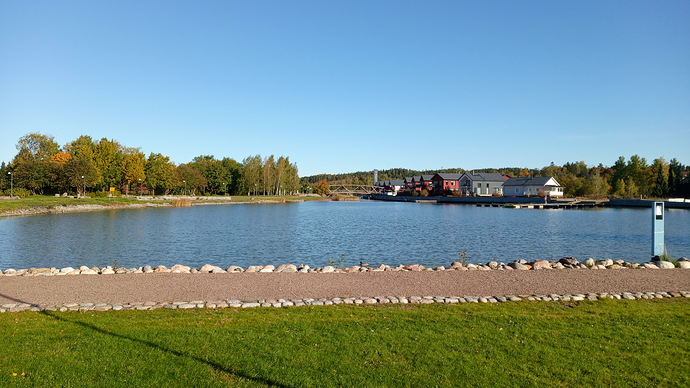 The seasons changing and there’s starting to be a chill in the air, leafs are starting to lose their color etc. only ducks and small birds singing around town atm. Pretty fine start to a sunday.

Simply breathtaking view. I bet you must be loving the fall is here already. Enjoy it in good health.

loving the fall is here already

My favorite seasons are spring and fall, the summer is too hot, although swimming is nice. Winter without snow is dooms alike… less daylight… I’m like a growing plant that needs light and sunshine

I harvested another cuke, not sure if it’s the last one and sweet potato plants are growing, not sure if they like cold… we’ll see

I wonder how it is in those places where there essentially are no seasons where it is summer or winter year around. How is it for such a person to go to a place and experience then changes? I can imagine myself loving Svalbard, but dying in Egypt. While here at best/worst we get only a few hours of sun during winter and it being very sunny during the summer. Many people that have arrived here from more southern places tend to react more strongly to the winter darkness or before climate change the cold. Also they tend to be overjoyed with summer and say they appreciate the summer a lot more now. Now I can just tell them, oh boy, 20+ years ago, the winters… Game of Thrones.

Your Body Loses Track of Time

Humans have a natural circadian rhythm that can be thrown off kilter by too much sunlight or darkness. In Alaska, it’s only magnified. People have reported feelings of jetlag during the transitional weeks of these two extremes, feeling unusually tired or foggy-brained. When the sunlight finally comes back in full force during early spring, many have reported “spring mania,” extra happiness, and a sense of energy. By summer, many people partake in midnight sun rituals like going fishing at 10 pm.

Alaska Gets Six Months of 24-Hour Sunlight and Darkness

Interestingly, this myth was perpetrated by our science books for many years. Only the furthest north and south points have equal parts daylight and darkness throughout the year, and Alaska isn’t north enough to experience six months of either extreme.

The 24-hour daylight and darkness still happen in Alaska, just less so. Barrow is one of Alaska’s northernmost cities and gets complete darkness for two months out of the year. During the summer, the sun doesn’t completely set in Barrow from early May until the end of July.

How do Alaskans deal with darkness?

While some Alaskans embrace winter, others cope by exposing themselves to bright-light therapy , which doctors say can be effective. Others take antidepressants. Some medicate with drugs or alcohol. And there are those who flee the state.Dec 18, 2005

suicide rate in Alaska
“For every homicide we have in Anchorage,” Markiewicz says, “there are four suicides.” In 2014 there were 15 homicides and 60 suicides. This year’s numbers are similar. Since mid November there have been seven suicides in Anchorage.
There are lots of theories. Maybe it’s the long dark winters or the isolation of the largest state in the U.S.

According to Patrick Sidmore, health pla

Norway
. Norway: Situated in the Arctic Circle, Norway is called the Land of the Midnight Sun. For about a period of 76 days from May to late July, the sun never sets.

According to the World Happiness Report that was published by United Nations, Norway has been among the top five happiest countries in the world every year ever since the first report of 2012.

I saw a Documentary about Alaska and how people coped with depression due to the months of darkness, and suicide was higher during the months of ‘‘darkness.’’
There was no numbers mentioned, but young kids were most likely to commit suicide than adults.
.excerpt from NATIONWORLD
Why do people get depressed in ALASKA?

Alaskans Suffer From Lack Of Sun Disorder Pushes Many Into Depression. As the land of the midnight sun slides into another winter of long, dreary darkness, the psyches of at least a third of all Alaskans are destined to suffer.

As the land of the midnight sun slides into another winter of long, dreary darkness, the psyches of at least a third of all Alaskans are destined to suffer.

Most will endure, but a few will be pushed into suicidal thoughts and or suicides.

How many people in Alaska suffer from SAD?

One study noted that between 10 and 20% of Alaskans experience those feelings in the darker months, McLaughlin said. Light therapy can be helpful in those cases as well. Lindquist stressed that the winter blues might be mild, but if someone is feeling low or hopeless, they should seek out their doctor. Dec 29,2019

For about 10 percent of the Alaska population , though, the consequences of extended darkness go beyond a spreading waistline. These people suffer from a form of depression known as Seasonal Affective Disorder (SAD), said Anchorage psychologist Caryl Boehnert.

I must say that was quite interesting, thanks for sharing!!

I’m glad you found it interesting. You are very welcome.

There is a youtuber, a young married girl with one child that lives in Alaska, and she went to COSTCO; if you see the prices of the food, I know you would faint (I almost did!). The worst part is, they barely had any meat or any kind of household products.

She had to buy whatever they had available, whether they like it or not, and it was so depressing to watch this that I stopped watching the channel bc I hate to feel sad when I watch something on TV. I felt sorry for the poor little girl in that darkness, and such bitter cold, what a bleak future if they don’t leave that place. Now with all the earthquakes in Alaska going on now, ughhhhhh…

A walk in the evening in Fall weather at the park with a friend I have not seen in a while. Well, we also decided to swing on the swings - nothing better - swinging is good for the Soul.

I don’t think it’s so much ‘deal’ with darkness as coping. I’m happier in darker and colder times than sunny warm ones. I’ve read that there are different genes regulating our metabolism and other such things that help us cope with the climate where our ancestors lived. Also the pale and dark pigments are adaptations to absorbing the proper amount of vitamins from the sun.

There are genes from the Denisovan humans that people in the Himalayas have inherited that allow them to cope with high altitudes. Those suicides etc. is in my opinion a consequence of us being adapted to different environments than where we live. Not only genetically, but also culturally, upbringing etc. If you parents dreams of sunny days in darkness, then you too might wish for the same. 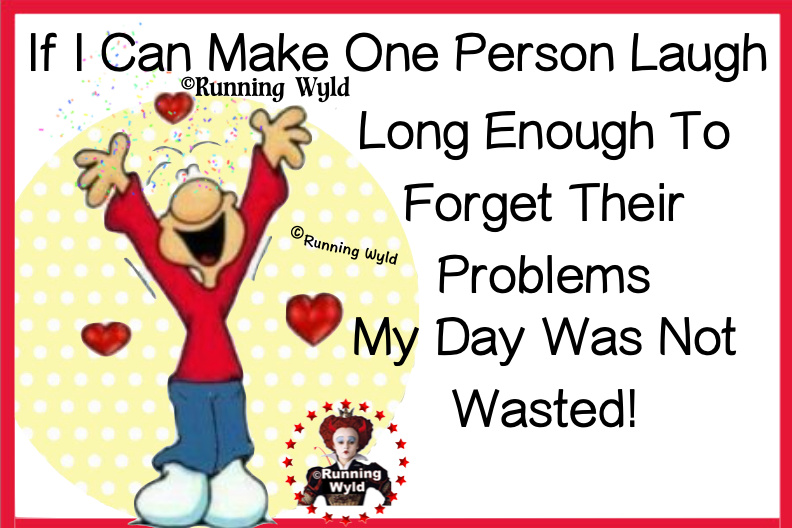 UGHHHHHHHHHHHHHH had so many things planned for today, and is raining cats and dogs, the thunder is an explosion that burns my ears. Hopefully by tomorrow it will be over, and I can catch up on my stuff like paying bills, shopping for food and PLEASURE. I love sales and we have a few going around for me/myself and I delight!!! 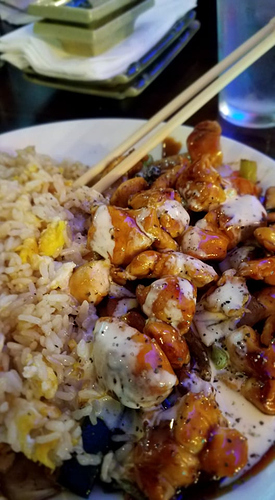 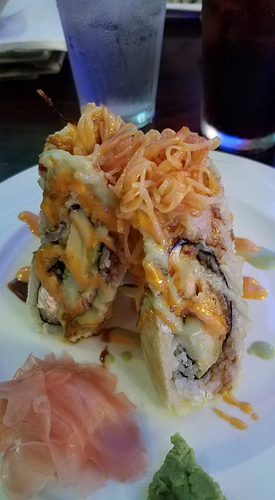 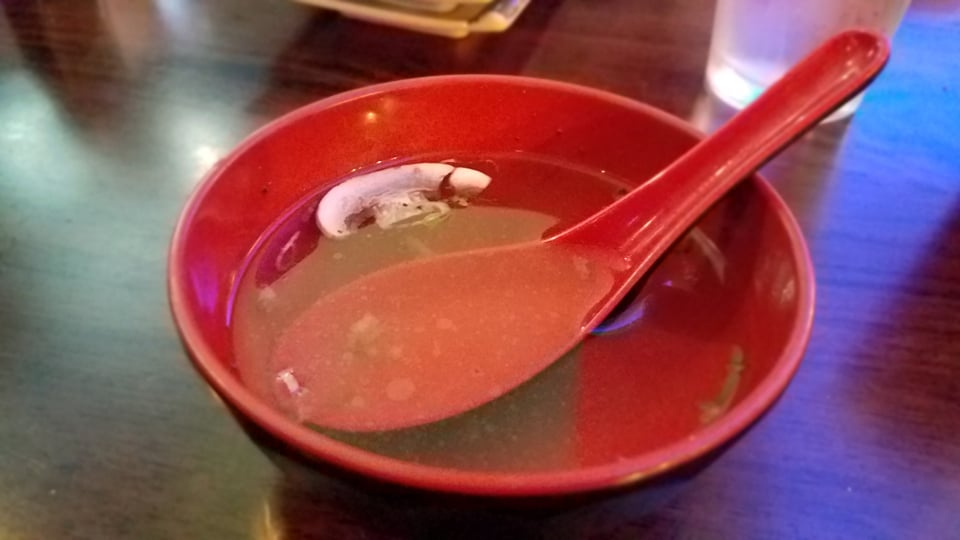 Here is a FOOD highlight for you!

My friend and I went fabric shopping she is making some banners and other things for me. She took me to this hibachi restaurant - This is Chicken Hibachi with a Volcano Roll and Soup! Oh my gosh watching drama tonight I will be eating good leftovers!