The odd things K-Dramas taught me about Korea!

I recommend this love story although is slow in the subbing department so I’ll wait until all episodes are subbed before watching again.

IT’s amazing to see the main actress (I can hear your voice) with this about 10 inch heels (boots) walking so naturally in ‘‘real’’ snow on the floor. How they manage to do that is beyond comprehension. I wonder if they don’t suffer from back problems because you can see the strain as she walks in the snow. 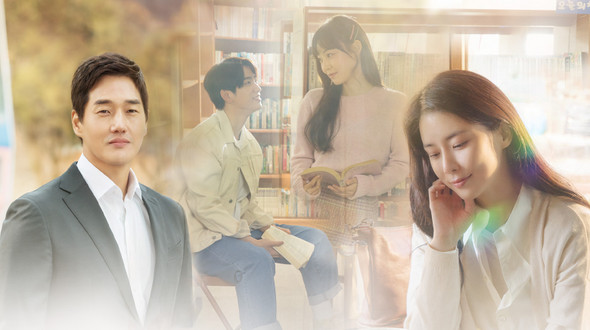 When My Love Blooms

Twenty years ago, Yoon Ji Soo (Jeon So Nee) fell in love with a man who made her heart sing. As a freshman in the college of music, Ji Soo didn’t expect to catch the eye of Han Jae Hyun (Jinyoung), a popular, headstrong law school student, but she...

I have noticed that too. Often a girl has a big debt to pay off yet you see her with a new coat every day. I wouldn’t have room in my house for all those coats.

you see her with a new coat every day. I wouldn’t have room in my house for all those coats.

Not only that. When they have to leave (or come), they just carry a small suitcase, which would be completely full with only two of these coats.

I laughed tooooo hard at every one of these. The responses has been hysterical.
Thanks for sharing.

LOL. You got that right. And they always do pack up and leave at least once.

This thread is HILARIOUS!!
If anyone is still on this, how about the sudden u-turns and there is NEVER any traffic to maneuver around.
Almost every lead has dimples!
There must be a university that only produces CEO’s, Vice Chairmen, and secretaries.
There is only one brand of Soju.
Communication sucks in South Korea, no one will tell the proper person what they are thinking or what is going on.
Did everyone dye their hair reddish when they got older?
Don’t forget with with that uniformed haircut the guys have with the bangs and cropped back, they have those pointy sideburns too!

Why do they always have written documents in a folder…dude, email it to me. That way, it won’t get stolen!

In the last several dramas I watched, I noticed something…

I have noticed that too. Often a girl has a big debt to pay off yet you see her with a new coat every day. I wouldn’t have room in my house for all those coats.

Yet despite having so many coats, they will often not wear one when it’s cold, forcing Korean men to give up their massive scarfs to wrap them up in. Korean women must accumulate a lot of secondhand scarfs to go with their coat. There must be a huge market for sales of scarfs to men in Korea, to Korean women, not so much.

Korean women in love develop magical powers when caught in sudden downpours without umbrellas. Their distress at being caught short is charged with energy to summon their love interest with a big golf size umbrella to magically teleport to their side to slowly put the umbrella over them at arms length, causing the rain water to collect and the runoff to drip onto their head/back and shoulders of the males dry pristine suit, totally negating the purpose of having an umbrella in the first place.

LOL. That is also very true!

Lol! In my drama today, I saw a white truck pull up beside the female lead and was like “Oh, Oh!”
I never noticed it was always a white truck until this thread. SMH!

and any more laely I do see a white truck, in the dramas!

They’re inescapable too, there must be some UN agreement that all Koreans must die by white trucks.
in one drama, the lead goes all the way to the Czech Republic to find his exiled mother, only to be run over by a local Czechoslovakian hit-man driving… a white truck!

OMFG! This is HILARIOUS! and so true?

Thanks for the gut busting laughs!

@gatalito_114 Hello again, you said “It will come their turn too… pretty soon” That is possible but I doubt it because there is NO Asian culture in history as old as the Chinese, they are the oldest Asian Dynasties in history.Therefore their Storytelling for dramas can go so far back into Centuries. ( that’s a Fact )

Why do you think when it comes to Historical dramas the Koreans usually only do the Goryeo or Joseon era. They don’t have the written history as the Chinese, so there drama is always form around Modern Times or Joseon times.

mmm, excuse me please, but Korea has an ancient history. According to the account recounted in the Samguk yusa, the Gojoseon (Old Joseon) kingdom was founded in northern Korea and southern Manchuria in 2333 BC… It’s true that Korea borrowed Chinese characters for written communication for centuries before King Sejong invented Hangul in 1443, but that does NOT mean that Korea did not have a written history.

Yes, China had many dynasties who were of different ethnic groups and who spoke different languages. But China did not have one long continuous dynasty for 4,000 years. The word ‘China’ is actually derived from the ‘Qin’ Dynasty, pronounced ‘Chin’ and that is a foreign word from the days of the silk trade. for centuries the people referred to themselves as living in Zhōngguó , Central State; Middle Kingdom’) since they were in the center of the world.

China has long shared their writing system of characters with anyone.The characters are concept ideas instead of an alphabet. In this way, once a person learned the character for a concept, it didn’t matter which language they spoke, they could communicate with people of other languages freely. The only problem with characters is that there are ~50,000 thousand of them and it requires being a classical scholar to understand the esoteric writings of past scholars and poets. However most educated people can get by on 8,000 or so.

As far as kdrama stories go, maybe Goryea, Baekje, Silla or Joseon are more relatable to the average person so that is why they make shows happening in those centuries? I know Hwarang was a lot of fun to watch…

You forgot that Koreans can also slap other Koreans (usually women slapping each other). They never get arrested for assault.[/quote]

Yea, I’ve often wondered why no assault charges are ever made.

[quote]You are right about the short skirts! OMG! they are almost bathing suits! Don’t forget that the girls in short skirts also wear very high heels no matter what type of terrain they are walking or running.

(secret) They have on hotpants under those skirts and the heels are faked to look like heels. I mean, we all know that no one can actually walk let alone run in heels.

Oh! LOAN SHARKS can come in at any time, and take everything and anything they want and they can drag you out of your home or work with you having any legal protection whatsoever. and if they can’t recover the money from you, they go after your innocent relatives and friends and take their stuff and salaries. (Makes you be very afraid of ever having a bad debt in Korea.)

theres a neat documentary on YT about China and the history was really interesting to watch, also has a documentary on Korea too, something that was said, I learned alot on those documentaries. got a bunch of docs, on other countries too. just a fyi there, p/s even Japan!

Perhaps not as often as a few years ago, instead of waiting for an ambulance or going in a car, when someone suddenly collapses, the hero carries the person piggyback and runs like the wind to the nearest hospital. It’s really hard to conceive of this running to a nearby neighborhood hospital because the city of Seoul is huge with a population of over 25 million people. And when they are in the hospital rushing someone to emergency surgery, a significant other helps push the guerney to the operating room. I’ve been to Korean three times for a total of six weeks and sad to say. I’ve never seen any adult riding piggyback.
How often in real life do people recover from a coma of several years cognitively intact? Or recover their memories after psychological trauma which made them forget everything except the activities of daily living and how to read, write and talk?
And did you notice most people who suffer from exhaustion or almost anything else rapidly recover from an IV drip? Usually one bag is enough. Then the hero/ heroine rips out the needle himself/herself and discharges himself/herself out of the hospital by walking out.
How many drama have you seen with the couple riding a tandem bicycle? I went to one of the largest parks in Seoul and spent the day there but I didn’t see any!! And I don’t think the bicycle ridership is as high as the government would like because the city is extremely hilly.
By the way, drivers in fact make a lot of Uturns when driving. Even with GPS the taxi often approach your destination and has to do a Uturn when you tell the driver your destination is on the opposite side of the street – I mean 8 lane streets are very common so it’s very exciting to suddenly be in a UTurn.
SHOES - have you noticed that modern Kdramas often have, instead of head shots, shoe shots so the camera zooms in on feet sometimes walking and sometimes not? That happens in every modern drama, no matter the genre, we are watching close ups of shoes as people walk. Also when people are angry but can’t say anything then we are treated to zooming in on fists clenching, unclenching or turning red.
If you want to see the latest feature of a Samsung phone, watch a current drama. That’s how I learned the phone was waterproof when out of the blue, the hero dropped his phone for no reason in sink in the men’s bathroom. So I checked online and sure enough that week Samsung announced the Galaxy was waterproof. So I also learned last year the smart phone has - shades of flashback! - become a flip phone again. And did you notice the computer/ laptop/tablet used most often is an Apple, but if Apple hasn’t done a product placement, then an amorphous sticker is stuck on the Apple. Also, if the car brand is not a product placement, the car’s hood ornament is an oval or round sticker. On variety shows, if the men’s shirts are not product placements, there is a black sticker over the brand logo on the chest of the actors/ MCs.
Have you ever watched a drama built around food like the Let’s Eat series? During each meal watch the characters express enjoyment in the food by nodding heads through every dish. But if it is an ordinary drama when people eat they don’t spend their time nodding.

At least in the USA, if my parents or relatives owe money, I would not inherit their debt. Apparently, that isn’t the case in some countries. It would be awful to start out with a huge debt before you even get your first job.

Knowing that–we are aware that our movies and TV shows are not all based on reality. I am sure the same is true for S.Korea and other countries. But we still have a lot of similar emotions we all share.