First I have to say I admire all the work done by translators, subbers for the hard work they do here. But I’m having an internal issue right now. I’m watching Happiness right now and will admit I started it on Dramanice.

In the beginning scene on the rooftop the ML (on Dramanice) says: 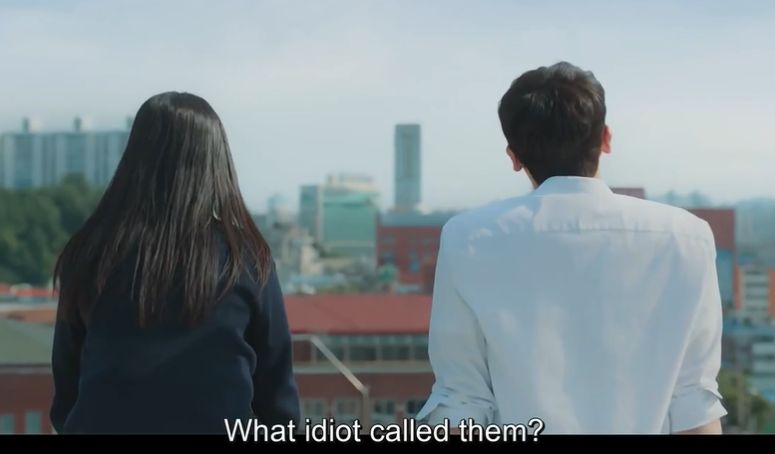 On Viki he says: 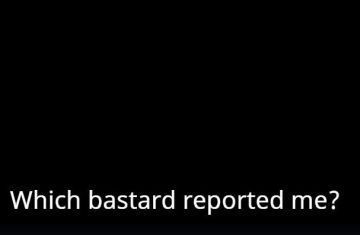 The differences really change my perspective on this persons personality. He’s either a nice high school kid or a street punk that uses harsh words. He seems the first to me watching the first episode.

So which one is he? What was the real translation?

I understand what you are saying, and I get that your bigger point is about how translations matter and can influence our perceptions, but at the same time, you said you watched the rest of the episode and made this observation about the ML:

He seems the first to me watching the first episode.

So I’m not sure why that one word should impact your overall impression of him when you were ultimately able to draw your own conclusions about him based on all his other actions and characterizations.

It may influence where I watch things from now on because of it.

I see what you mean, then.

I understand what you are saying however - is it the word “Bas!@#” bothers you or the fact that the translation was off.?

I do not speak Korean - however the translations are not all that I watch - I watch body language, looks, eyes, body movement - etc to get the full understanding of a character! So translations for me if they are off I only notice if it is a big difference in what I think they might be trying to say.

But if words themselves are a issue or is it context - than I understand that.

He uses 새끼가 (saekiga) which can be translated as jerk or bastard.

The episode hasn’t been edited by the Translation Editor, so things can still change in the translations.

I actually absolutely LOVE this word!!! The way it sounds!!!

It’s not just “idiot” vs. "bastard. It’s also “called them” (sign of worry) vs. “reported me” (because I’ve done something wrong).

I’m not sure which it is, but it looks like it’s been edited since you watched.
Although my question would be where do you live that high schoolers don’t use the word bas***d, and only street punks do.

Yes, while looking at it just now I put the subtitle back to the original, as it hasn’t been TEed.

However, what I’d like to stress here is that a viewer should always be most pleased with the most accurate subtitle. And not the subtitle where the ML is the kindest or coolest. That has also something to do with respecting the writers who wrote the script and how they envisioned the characters in their story.

We’ll see what the team determines in the end. Fighting, team!

respecting the writers who wrote the script

I guess that as what i was trying to ask, the most accurate subtitle. But like in english there are many synonym’s for one word. I don’t usually get bothered by bastard, but I mostly see it used in more rough or angrier settings. Idiot or even jerk , sounded more in tune with this setting.

I live on an island in the middle of the ocean. All the kids here just go to the beach.

It’s funny you did this post bc lately I’ve been boiling over some ‘‘ghetto/street’’ words I see in drama’s subtitles, and to add more pain to the insult, the ‘‘subtitled word’’ comes from the mouth of an elderly person in the drama.

I encountered in several dramas: no kidding/ freaking/ my bad/ the infamous; ANYWAYS and many, many more.

It’s so unpleasant to find subtitles that sound so vulgar, and out of ‘‘context/ era’’ bc this is not even in a modern drama, but they were in several traditional stories with elders involved.

The word bastard in my Island means: the mother and father of a child are not legally married or the child is from the father’s concubine/lover while his father is legally married to his mother. We will only use this word in a drama’s sub when referring to a situation like that (child of unwed parents).

I really wished I could be proficient in Korean to know what is the real meaning behind the words they used in dramas/movies etc. I believe some subbers get a kick from shocking the viewers when they see some of this vulgar? curses? words as subtitles, and in their ignorant/clueless mind, they think it’s funny and amusing to the viewers. To see a Korean grandfather telling his grandson ANYWAYS…it’s a bit too much to take.

I’m wondering if they(CEO and Staff) are even aware of this going on here at RViki.com.

All the kids here just go to the beach

Kids where I live all think they’re tough so rougher language is a must.

There is no direct English translation for this Korean word.
saekki literally means baby, and you can hear it affectionally spoken by a grandmother.
But it’s also used as an insult, especially with the word gae (=dog) before it, which makes it into “son of a dog”. Koreans had to invent a different word for when they actually mean “puppy”, baby dog.
Most of the time it is translated as “jerk” or “bastard”, depending on the seriousness of the situation. But it is an insult, make no mistake about it!
You may want to read a more in-depth analysis about how Viki translating teams view insults and swearwords in the following discussions, where many respected Viki veterans took part and some of them being Korean gave us a more rounded view of things.

What approach do you prefer when translating swear words? General Discussion

What approach do you prefer when translating swear words? Do you want subbers to remove them or literally translate them or other? Thank you all. Laura

Inappropriate use of vulgar words Subtitling

CThis issue is not a right/wrong issue but a matter of preference and custom. " Curse words are potent, and calling someone a “jerk” just doesn’t pack the same punch as “dumbass” or “asshole”. https://writingcooperative.com/should-you-use-curse-words-in-your-writing-2b38408dbc13 Subbers who sub “bastard, and son of a bitch” for 개세끼 and 개자식 in the proper context are not lacking in knowledge of the meaning of the words or inaccurately translating. If one considers the Korean government’s …

Is swearing allowed while subbing a drama? Subtitling

Let’s just say that you’re subbing a drama and it’s an intense scene, right? Are we able to use swear words (once in a while) to EMPHASIZE the sentence? I’ve seen a couple swear words now and then in K-dramas and I’m always taken aback because I thought it was not allowed. I’m probably not going to do it anyways because I don’t want to have a bad image (I do use “b*astard” once in a while), but I’m just wondering if I would be allowed to swear just to emphasize the sentence. I mean like litera…

Do they actually use the "F word" in Korean dramas? General Discussion

Do they actually swear in Korean dramas? Rarely I see the “F word” being used based on English subtitles. However I also see words being translated differently based on subtitle source. Is it a translation error or do they actually say that on tv. I have been noticing it a lot recently particularly with cable dramas distributed on Netflix (eg. Live, Romance is a Bonus Book, Something in the Rain and Life). Since 2012 I have completed probably over 500 dramas (not to mention the ones I didn’t c…

Thank you for the articles. I appriciate it! Without reading them, I’ll just conclude that bastard rubbed me the wrong way. Maybe my upbringing or I just didn’t like this particular adorable character saying it.

Like irmar pointed out, there have been many discussions about this topic, which you can peruse in your copious free time.

The difficulty comes in where there’s not just one equivalent translation of the Korean word 새끼. It literally means an offspring/child, but it can be used as a precious child, buddy, dork, brat, punk, rascal, jerk, or bastard - all depends on the context.

In this particular scene, I would have chosen “brat” or “punk” as there was no malice in his tone, but just a little annoyance.

And the verb he used 신고하다 means to report to the authority. In this case, it looks like someone reported the situation about someone being on top of the roof. So both “reported me (well, probably reported the situation, not so much reporting him)” or “called them (calling authority/police, etc.)” are correct.

Brat would be good too. Since watching Run-on I took an interest of the FL lead and her career of translating and subbing for film. She got hired for re-doing a movie because it was older and the wording was archaic and the orginal person put too much of their own self/thoughts ( I think they added some religious out of context stuff if I remember right) into the translation. It stuck in my mind when I watch things now. Would I have used that word in this situation?

I think if when I was younger and took more interest in learing a language I might like this job. I became a pastry chef. lol