What are ya'll watching

I think the woman had reddish hair. The Chinese doctor was a bit arrogant. 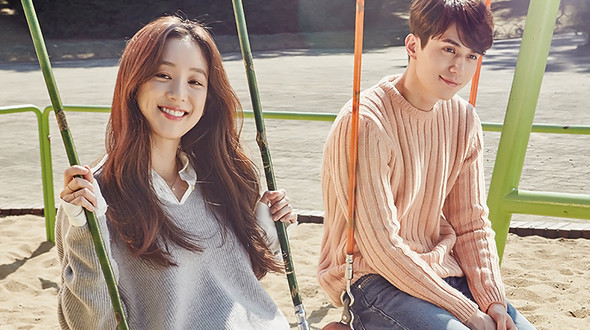 They grew up like brother and sister. Park Ri Hwan (Lee Dong Wook) and Kim Haeng Ah (Jung Ryeo Won) have been best friends since childhood. Haeng Ah’s parents died when she was young, and she was taken in and raised by Ri Hwan’s wealthy family. Ri...

Just remembered this drama he is an oriental doctor there, but not Chinese, so I know it is not, but I have to think further so this one is out.

Many Chinese in a Korean drama, you are sure?
And it is not historical?

… need to step out for some time, till later

Indeed, that’s not the one. Her hair was shorter, maybe shoulder-length, or even a bit shorter. She was a sort of boss or had some leading position.
There was also a female Chinese doctor (or nurse or other medical profession), and I think a few more Chinese.

They switched from talking Korean to talking Chinese all the time and at some point there was also some French spoken, but I don’t remember why exactly.

So the arrogant Chinese doctor and the red-head boss had been divorced way before he came to work there and they initially hated each other. For some reason at some point they went to Shanghai together. I think that’s also where he was before he came (back) to Korea.

It was not historical and it was a K-drama.
The actors who played Chinese also were Chinese in real life (or at least had Chinese names).

@mirjam_465 The only divorced couple I recall, that was actually in a medical drama is the Emergency Couple, the link is above where so many other dramas are linked.
So, I think her father-in-law helped her while her studies, without knowledge of the rest of the family. Her husband was as arrogant as a … There is no China relation at all. She has reddish hair but long, most of the time she ties them up.

Do you remember how long the drama is?

This one definately had a huge China relation. And Chinese names in the cast.

It must be Doctor X. A female Chinese Doctor that was awesome in that field. She had dark short auburn hair if my mind don’t fool me.

I can’t find it. Is it on Viki? And was it a Korean show with some Chinese actors in it? Title doesn’t sound familiar …

My bad, you are right it can’t be the one you’re talking about bc Doctor X is Japanese a drama. They had it at RVIKI and I saw season 1 and 2.

Netflix no longer has it either. Hope one day you can find it and see it. I loved the female Doctor’s role. Very confident, tough and gets the results she wants. Type of dramas I love where woman are not belittle like SADLY most South Korean dramas do.The women have no brains, they love to drink, they always poor, unkempt, dress shabbily and even if the y have a career are very insecure and even get slapped by their Boss.

Then it’s not the one. Back then I hadn’t watch anything Japanese yet. Lol, if I click on the link Netflix asks me: “Are you lost?” 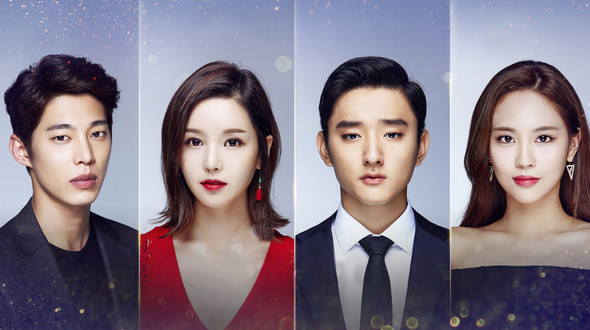 I remember very little, the whole quiz at the first episode didn’t even seem familiar, lol, but I did recognize some minor details, so yes, this is it.
And it doesn’t have 8 episodes but 18. Well, it still has an 8 in it.

LOL Okay, we have it now I can sleep peacefully. Good night!

Thank you and good night!

I tried watching this drama before when it came out but didn’t like the way the story unfold, and guessing by the 7.3 review ratings it didn’t appealed to many other viewers. I think I’m getting too old for dramas where the cast are too young lol.

At this moment, Drunken to Love You.

Drunken to Love You.

Oh, the memories, since is the 2nd upload of the drama. I think it was one of the first dramas where we started to delete - sub whiner’s comments - we asked for supportive encouragement, well not all were able to do it.
Anyway, it’s not perfect but memorable.

The weird thing is I remember so little of it, yet it still lingered somewhere in my mind. I started rewatching it. It seems a bit “messy” somehow, but it has good parts too. Although I slightly recall that I wasn’t extremely enthusiastic about the ending. But right now I’m too curious about all the parts I forgot ( = basically everything), haha. Still, 7.3 seems a bit too low. There’s something interesting about it.

Hmm … would the fact that I forgot most of it say something about me or about the drama, hahaha?

I think I’m getting too old for dramas where the cast are too young lol.

So no high school dramas for you, huh?

It’s okay to not be okay - I told myself to wait till the full season was up and then “I’ll just watch the first episode, to see what it’s about,” and I watched all of the episodes that were available

Why do I torture myself like this by watching dramas while they are airing? I’ll watch the first episode just because and then it ends up being really good and I can’t stand the torture of waiting another week for the next episode…the suspense, I can’t

Don’t worry we all have been there. It will pass. Everything will be fine.
In my best times I would watch 5 to 6 on air dramas at the same time, my week was filled with watching and subbing and daily life needs. Now time is more rare and I ended up with normally only watching one show after the next. Rarely making an exception.
You will adept your watching behavior to your needs and circumstances in time no worries.

That’s true. What helps me is reading the forums that follow the show week by week. Reading everyone’s theories and thoughts about the show is amusing and I remember when I watched when the Camillia blooms, there were so many theories on who the killer was (in the end the person I guessed was correct

), and it was interesting to read.

There are also people who point out interesting details and explain the language used. Makes waiting for the next episode less of a pain

OMG I hate those!!! Especially when as High ‘‘Schooler’s’’ we have actor/actress in their 30’s and they look too old for the HS role. Not even the ones in their mid twenty look right for High School roles. You won’t see me watching those at all. I did watched (maybe) two or three when they started those i saw Dream High (never bothered with part 2), and the one where the actress in real life committed suicide. One of the main actor looked like he was in his 40’s but the story plot sucked me in.

It wasn’t that bad but from there on I said no more until Bring it on, Ghost (I felt Taecyeon? was too old to be in High School) but I also watched and recommend that one. I loved it from beginning till end. But it has my two favorite young acting couple 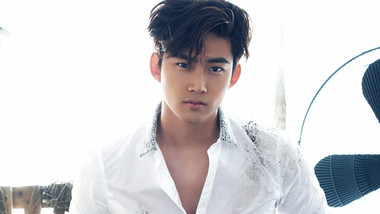 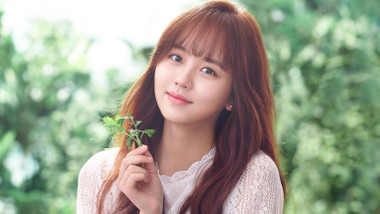