I loved this show so much and re-watched it a few times. And then they divorced and now I don’t watch it anymore.

need to put that oath of love on my list 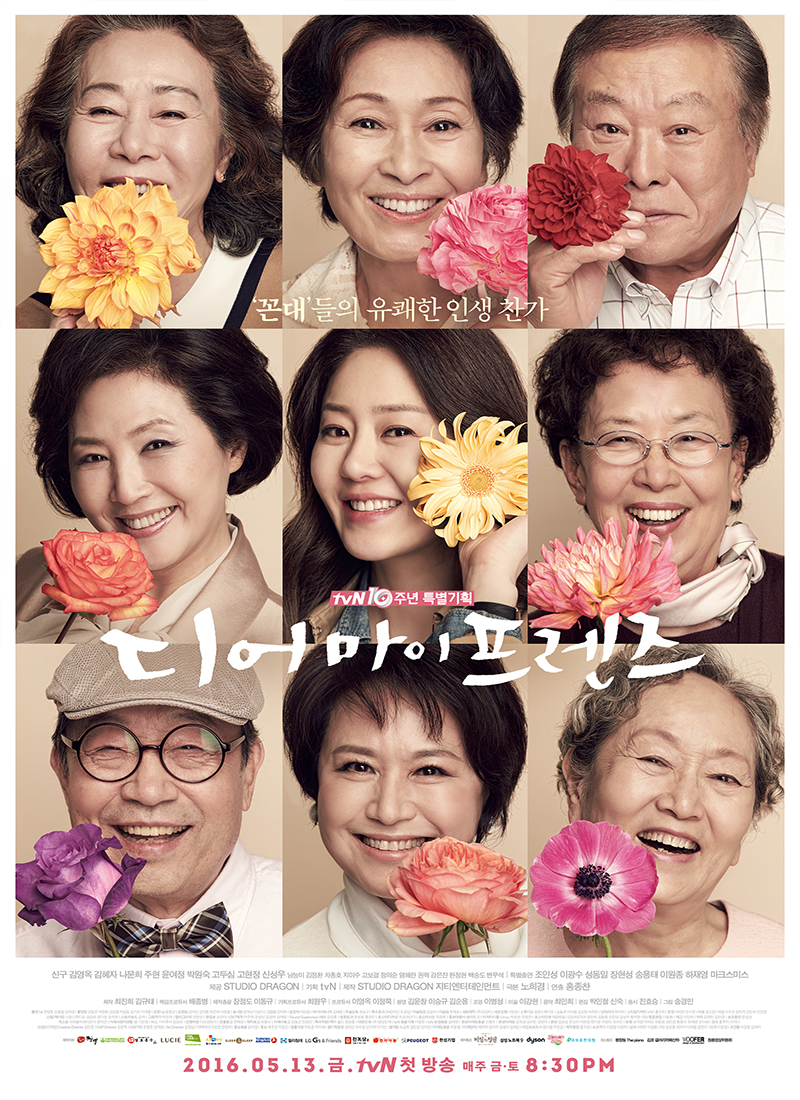 Park Wan is a translator who is constantly pulled by her mother, Jang Nan Hee, to hang out with her elder friends, Jo Hee Ja, Moon Jung Ah, Oh Choong...

I started this one, so many familiar faces …

started re watching Tomorrow on NF , now I see why I really don’t need to watch it( due to my depression and all) also to get away from that I am watching some funny ones too

I started this one, so many familiar faces …

This is a gem! I watched probably one third on DF and then DF closed…

I thought this drama was very touching

I’m watching a lot of wonderful dramas. I really like dramas with period plots, but focused on Fantasy. I’m watching The Blue Whisper, Love Between the Fairy and the Devil, and Immortal Samsara. They have basically the same style, with immortals, wonderful soundtracks, beautiful costumes, and lots of love stories and plots. I recently created a thread asking for some nominations and now I intend to start watching them too.

I started watching Forest just as the state of New York was going into lockdown in 2020. No worldwide craziness had started yet, no AAPI hate. It seemed like a great way to liven up the cold start of a “slightly challenging” New Year. I never got past episode one because the strangeness of modern history distracted me.

Forest came to my attention again this past week, and I have to say that it is a near-perfect drama in my book. It explores all the themes I like most, makes good use of all the tropes, offers a lot of real wisdom about life, is well-written, well-directed, well-edited, and does that marvelous thing I’ve always liked about certain types of K-dramas: it educates about the value and beauty of nature. And it has THIRTY-TWO episodes. Marvelous! 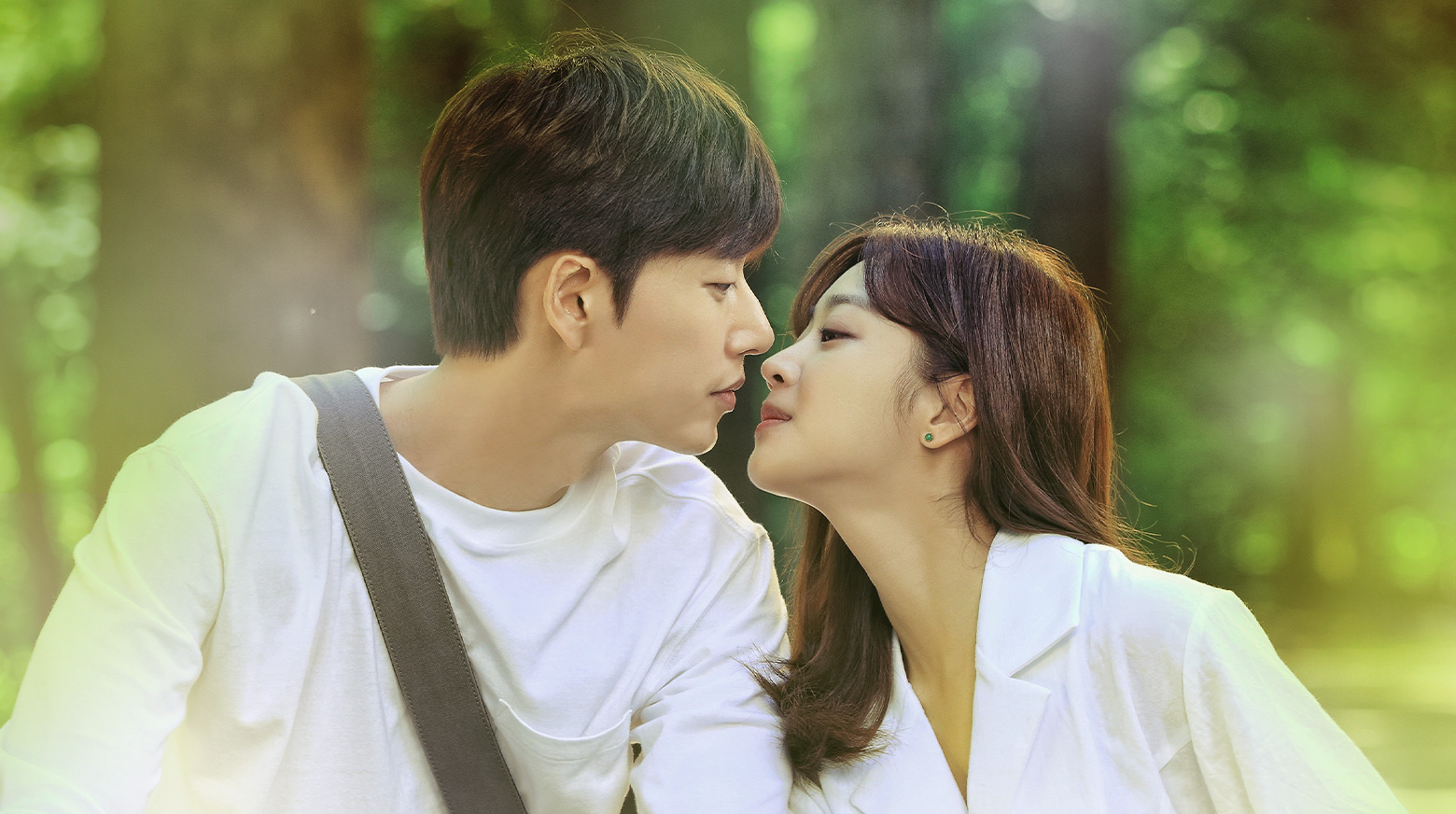 Kang San Hyeok (Park Hae Jin) is a fearless and intelligent emergency service worker. He excels as part of his rescue team, responding to 119 emergency calls – and often saving lives in the process. But he is blighted by memory issues, and cannot...

ooh please tell me how you liked it! I’m thinking of watching it for Park Hae Jin!

And it has THIRTY-TWO episodes. Marvelous!

its 32 half-hour eps, which is actually equal to the normal 16 one-hour episodes for kdrama.

I don’t know what to watch after Love Like The Galaxy and Love between Fairy and Devil.

I don’t know what to watch

I know that feeling

I’ve never thought this would ever happen … I just don’t know what to do. There are some dramas I kind of want to watch, but just didn’t https://www.viki.com/collections/1316307l-still-need-to-watch-list-by-lutra And there are those, who I just can’t watch right now, because of my mood. It’s either too cruel, too much revenge, makjang-ish, to childish, too cheerful, too eager, too … It is possible that I am misjudging a drama, so if you think it’s an okay drama, I can be swayed. https://www…

Feel free to ask around, your fellow co-drama-addicts will help you. That is not my favorite genre, but have you checked MDL? 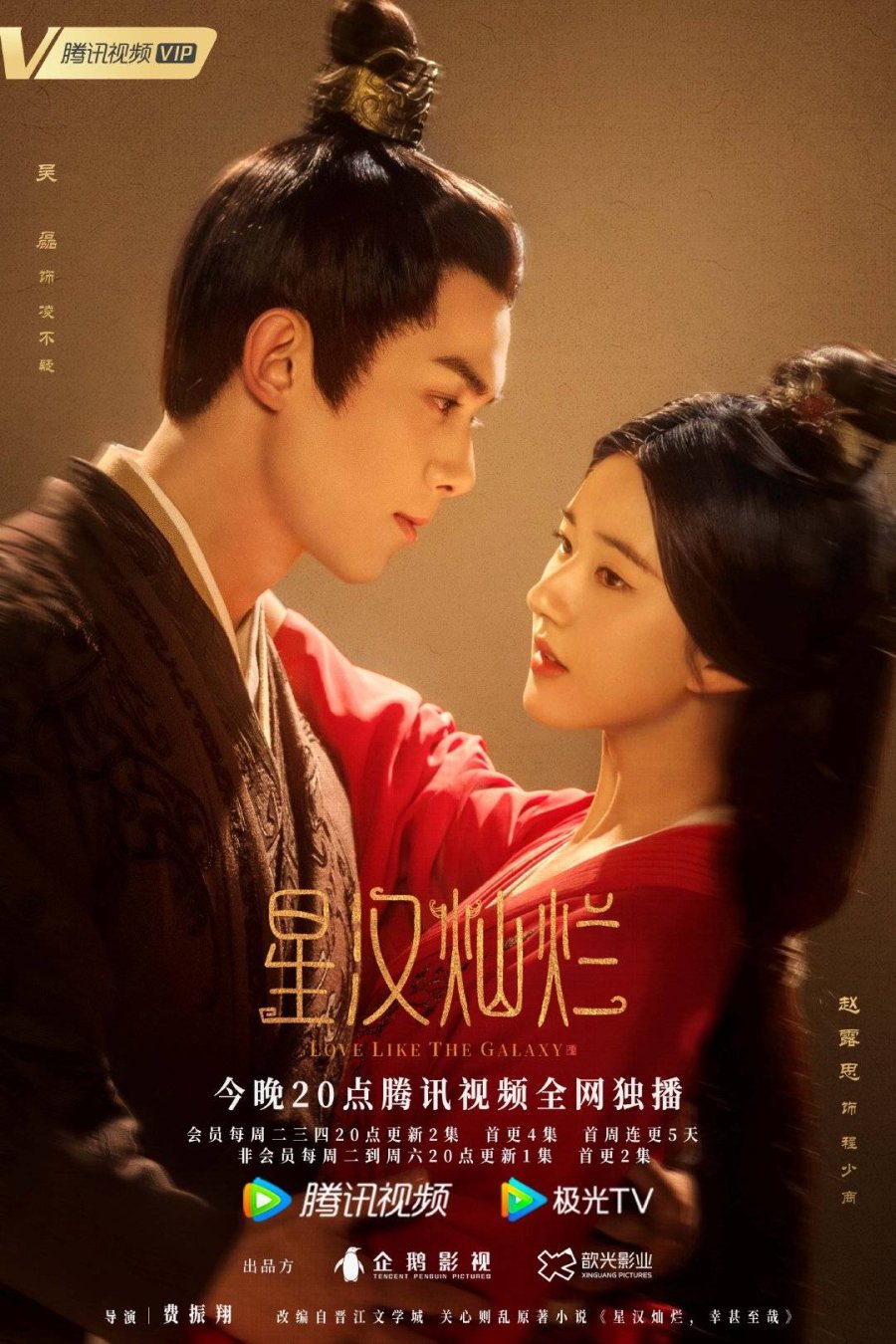 The young Cheng Shao Shang was left behind because her parents had gone off to fight in the war. In order to protect herself from her scheming aunt, she... 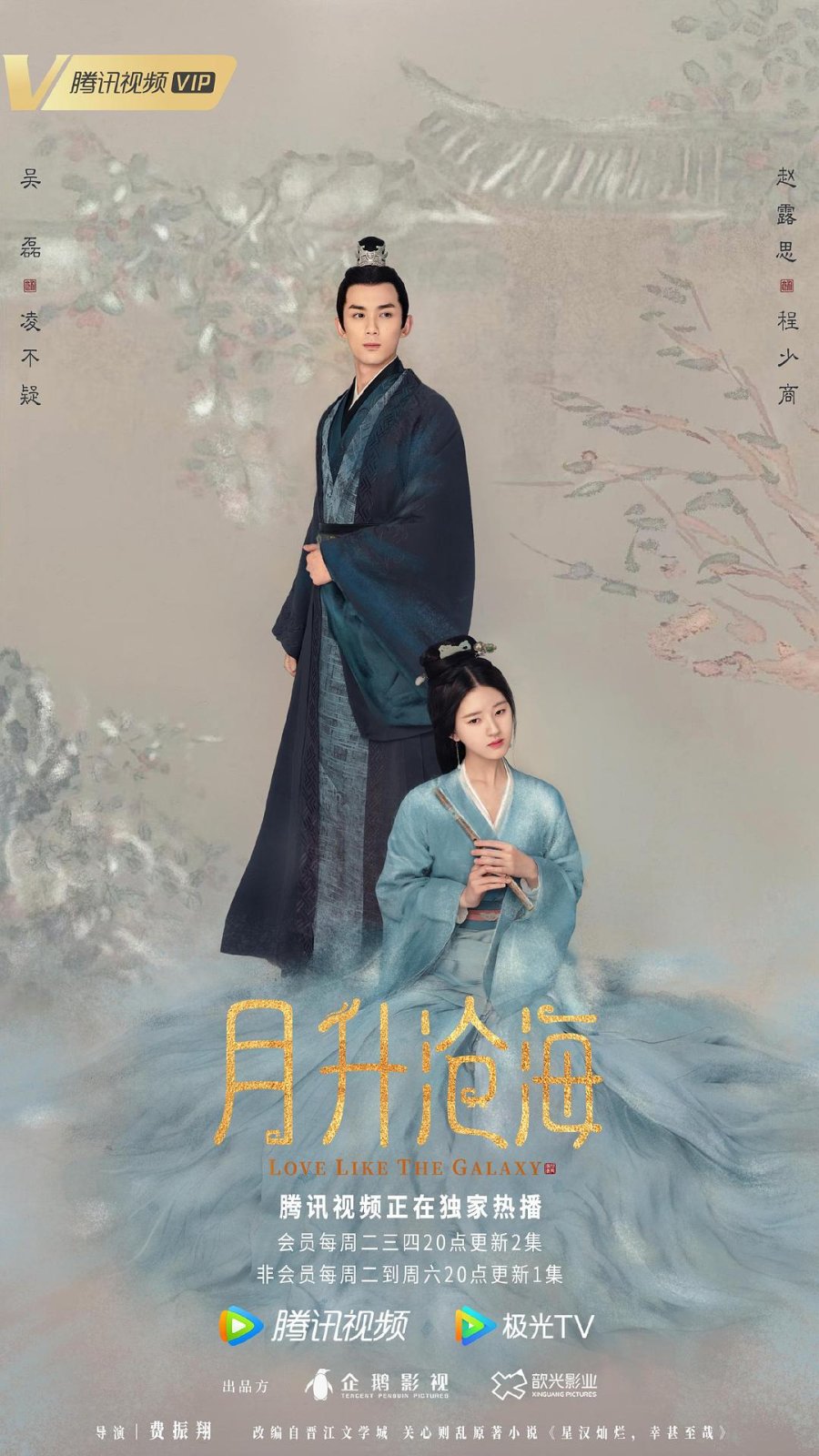 This is the second and final installment of "Love Like the Galaxy". Cheng Shao Shang is a young woman who was forced to grow up alone after most of her...

I think I saw 2-3 dramas, LOL, hardly watched any C-drama this year.

I found this one, I hope it’s good. 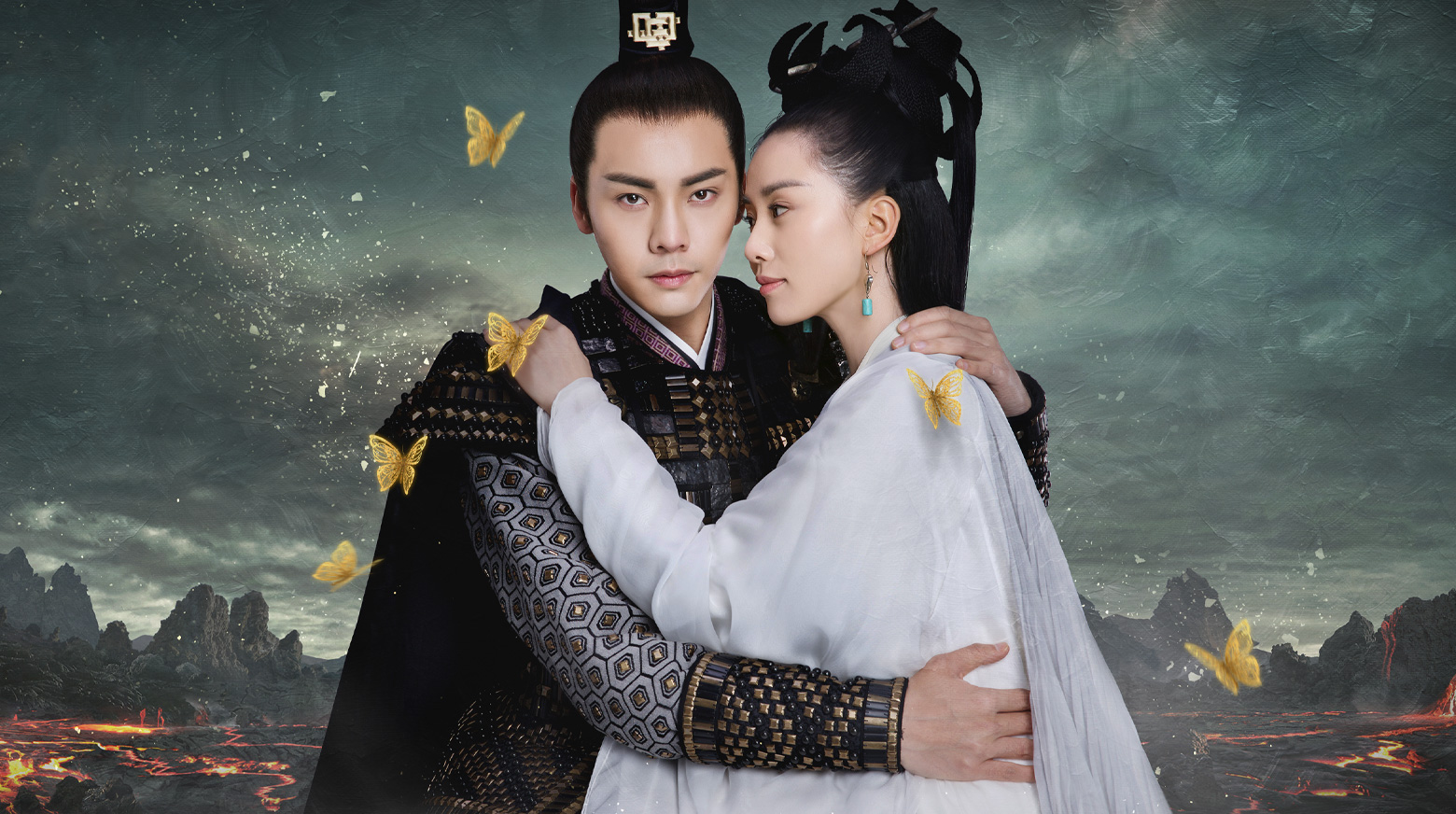 Qing Chen (Liu Shi Shi) is a powerful enchantress with remarkable healing abilities. She is a member of an elite group of magicians whose chief role is watching over the imperial family that rules the land. However, a quirk of destiny means that she... 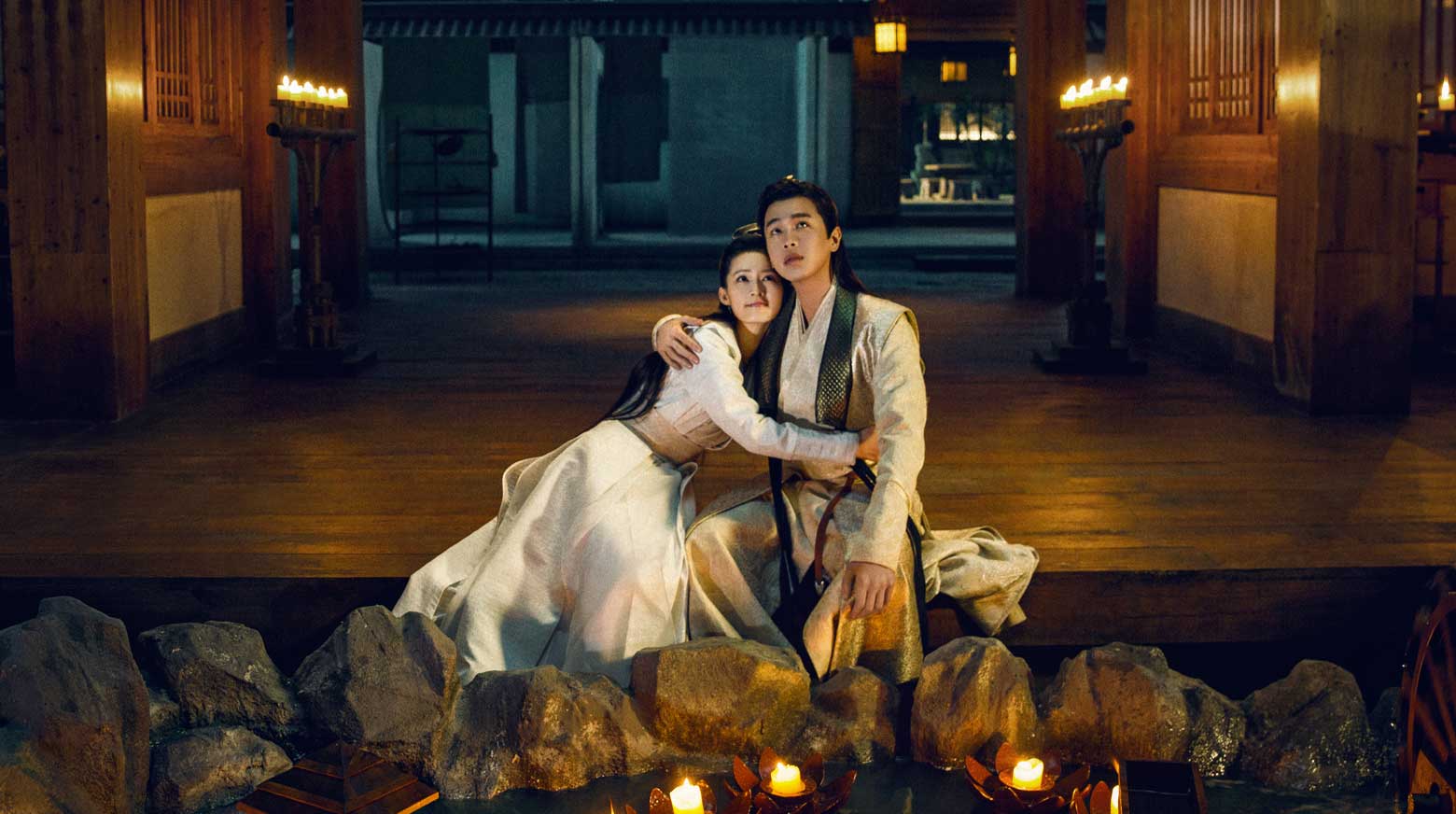 Fan Xian (Zhang Ruo Yun) is the adopted son of the head of a royal agency that operates in the government of the despotic Emperor of the Qing (Chen Dao Ming). Despite the Emperor’s tyrannical ways, Fan Xian remains devoted to the imperial cause. The... 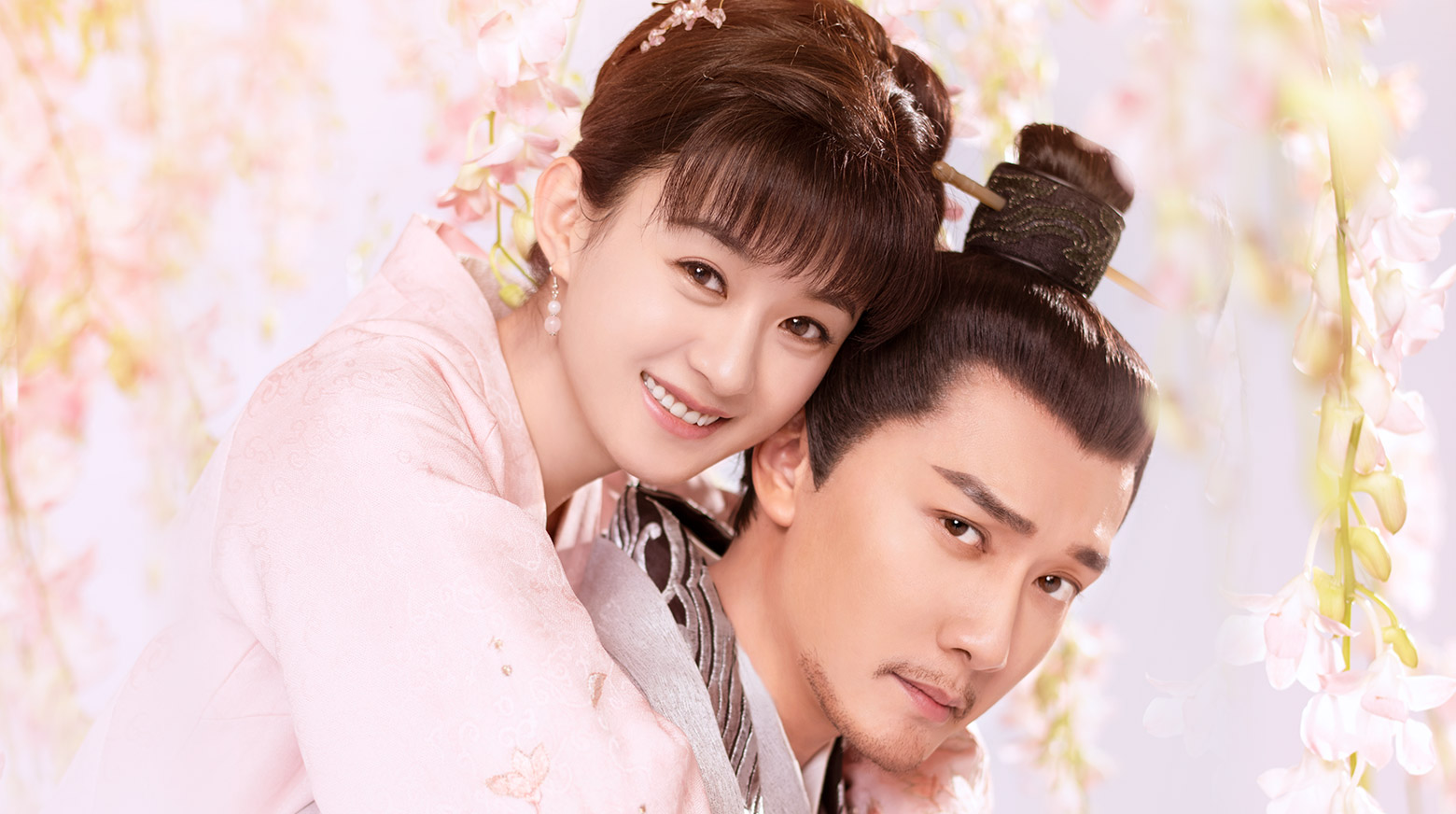 Sheng Ming Lan (Zhao Li Ying) has been mistreated by her legal mother and half siblings her whole life after her mother's death. Although she is the daughter of an official, she is the sixth child, and is often looked down on despite her beauty and...

Who Rules the World? (Not on Viki) 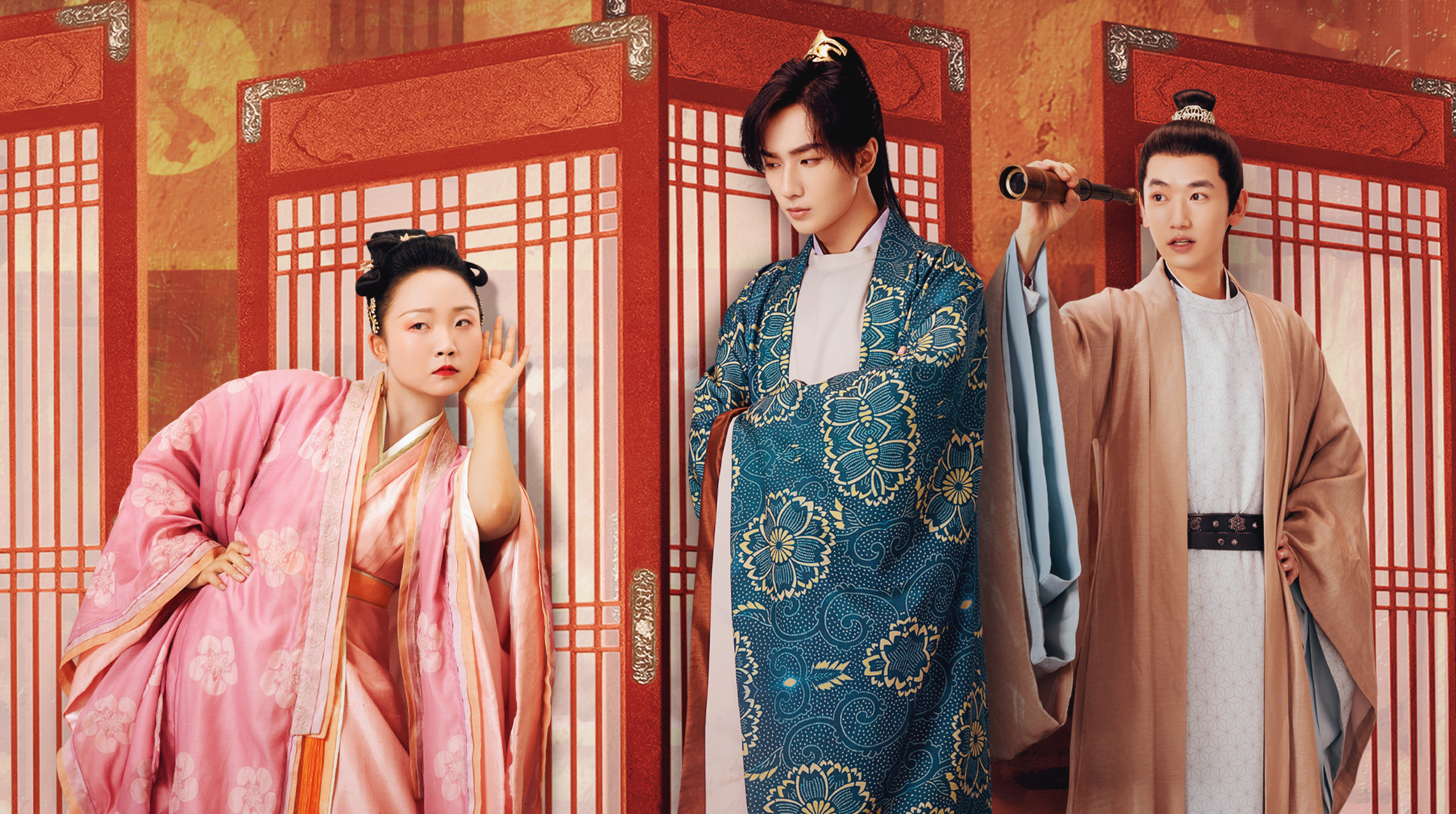 Liu Jin Feng (Jackie Li) has lived a rough life. She and her mother were abandoned by her father and she grew up in a small side alley in a busy city. She is streetwise, full of common sense, and tough, but lacks etiquette and is somewhat overweight.... 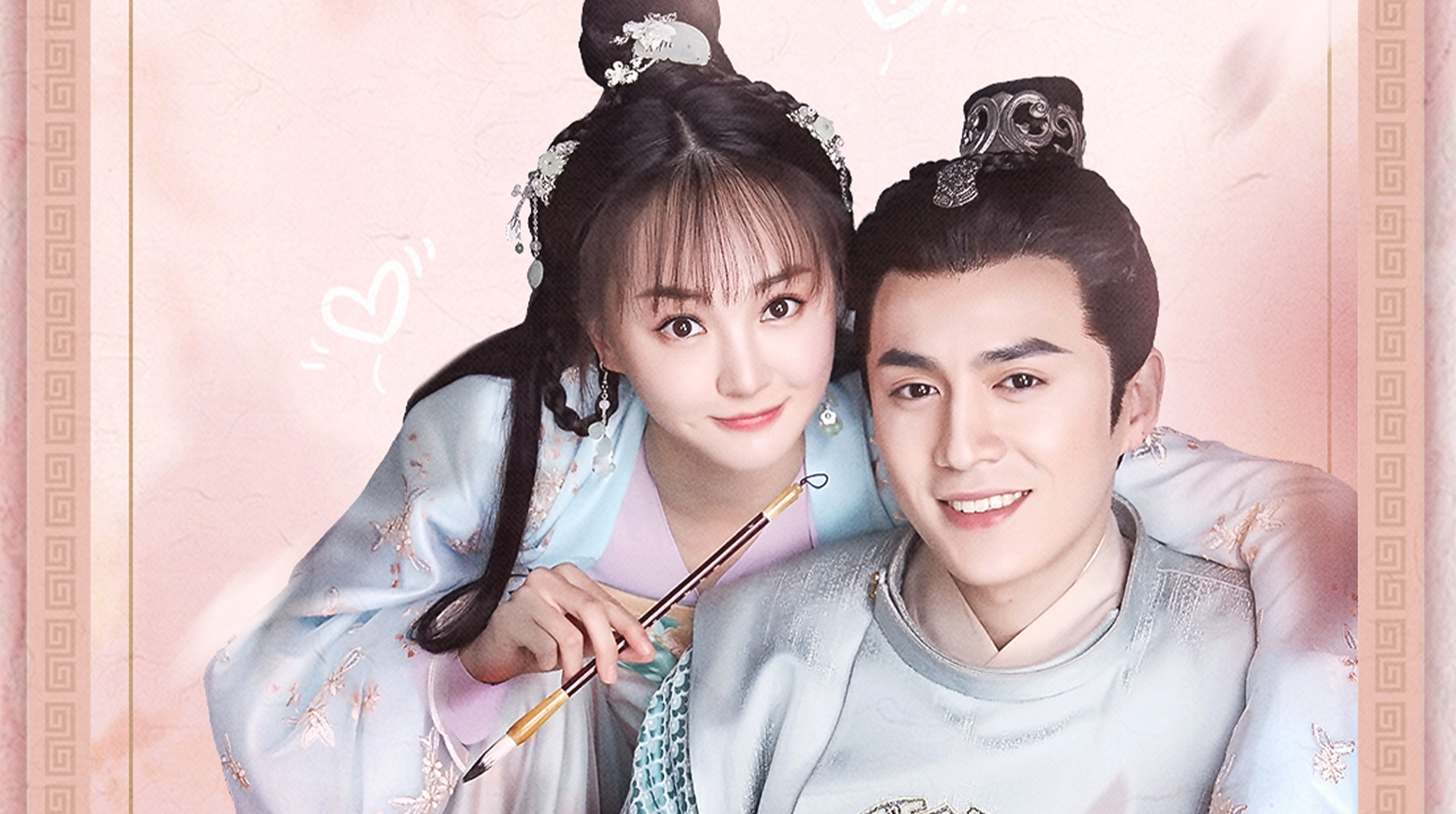 Xiong Xi Ruo (Xi Zi) is a young female painter who infiltrates the family home of the powerful Li family to paint a copy of a precious item. However, her escape from the Li home goes horribly wrong and she finds her fate at the mercy of Li family... 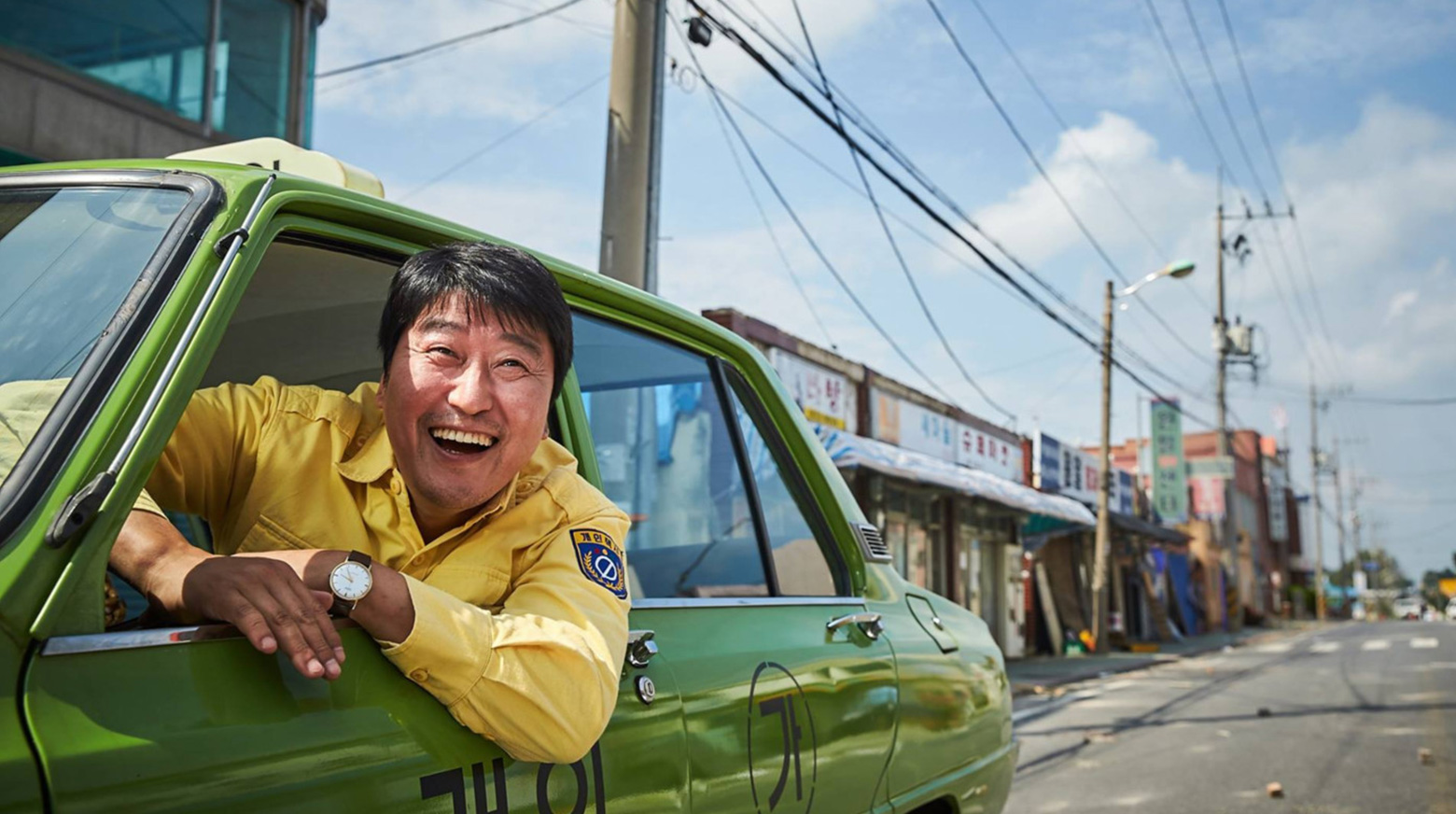 After the passing of his wife, Kim Man Seob (Song Kang Ho) is left with an overwhelming number of hospital bills and a young daughter, whom he now has to raise on his own. A hard-working taxi driver traversing the streets of Seoul in 1980, Man Seob...

If you missed out on it so far, try it! It is kind of a history lesson, it has brutal parts of what happened in the past, but well, it is better to be reminded than to forget.

I rarely rate a 10, but this one got full points, the only thing I have to say is that the translation of Hinzpeter’s words at the end are not that accurate in the English translation, it doesn’t hurt the content, as he spoke German, the German subs are correct.

And what a coincidence that I just read on a blog that ML actor Song Kang Ho will play in his first drama ever after being 32 years in his career. He will play “Uncle Sam Shik” broadcaster and date of broadcast yet to be announced.

Taxi driver is a great movie. It was beautiful and heart-breaking to watch. I didn’t know it was based on a real-life story, so I was glad to learn something new about what happened in Korea back then.

based on a real-life story

I hope that the taxi driver had a good life, it’s sad not to know what happened to him in real life.