What do you think about the new channel page?

if the licence is in your country but if you dont have the licence you cant even fill the form which was possible in the start.

Wouldn’t it be difficult to organize a drama when the CM isn’t able to check the episodes? I mean when it’s a real non available licence and not just a QC only access.

Btw, in the old mode the CM forms didn’t work for me (somehow filling them in was disabled), but with the new mode it’s fine.

Hi, can you tell me how to follow a show on the new channel page? I only found the option to add to watch list. Thanks.

Thanks! I thought the bell was some kind of notification

They do notify you about new episodes.

It has its pros and its cons. The best thing is that you can go easily to the part that you want, without interminable scrolling through boring cover pages full of full poster portraits for each and every main and second lead and especially those useless thank you cards. I find most cover pages to be much too long.
However it’s not fair to bury them like that either. Some of them have beautiful artwork and they are a joy to behold. Their place is definitely on the first tab, just under the synopsis and actors.

Here is what I wrote on the feedback form:

What I didn’t like:
In the old page, there was only the team name with just a few avatars for decoration. You clicked on the team name and you could see many of them in the modal page. Now the team members are not immediately visible. But on the page where they are, they are TOO visible, they take too much space, and if one didn’t know, they would never scroll down to see the cover page. It’s like bundling the “modal page” with the cover page, and the cover page gets buried.

how can i get the new page back

@mira_baby ou are getin it automaticly

Looks nice but too many clickings just to get to another page. Eg. the comments in the old page can be read simply by scrolling down the page. Now, it’s click to next page, etc.

When I want to sub, the old page allows me to see which is not fully 100% yet and I can just go directly there. Now, I need to go through the range of episode, eg. episode 20 - need to click to the next range. Time consuming.

On the new channel page the reviews come before the comment section. Great! Now we’ll have even more fake reviews rating it low because there are no subs in their language.

On the new channel page the reviews come before the comment section.

It was that way in the old channel page too. You had to scroll quite a bit to find the comments. Supposedly you could click on the little cloud image on the top right to be taken to the comments directly, but that didn’t work that well: it usually took me only until the middle of the cover page.

I know, I just didn’t express myself well. The number of reviews you need to scroll is higher than the ones in the old channel. On the old page for “Lonely Enough to Love” I can see only three reviews while on the new I have to scroll through six.

On the old page for “Lonely Enough to Love” I can see only three reviews while on the new I have to scroll through six.

That’s true. They thought that hey, since reviews and comments have their own tab, we can show more of them. Which makes sense, in a way.

I know this may be a bit off-topic but I didn’t want to start a new one because of this. Just wanted to know if you ran into something equal and since I don’t have access to the new page at the moment …

This week I had message in my inbox for a request to be Portuguese moderator for the only channel I have ever managed. I was surprised so, the only thing I wrote back was this one line - Do you have access to the movie?
And guess what the conversation was actually closed by the writer yesterday. Just like that.
As far as I heard there is no more license for this movie anywhere.
So why do I write, is there a way you could miss out on the “no license” issue at the new page.
At the old page you seriously can’t not see it, but how about the new one. 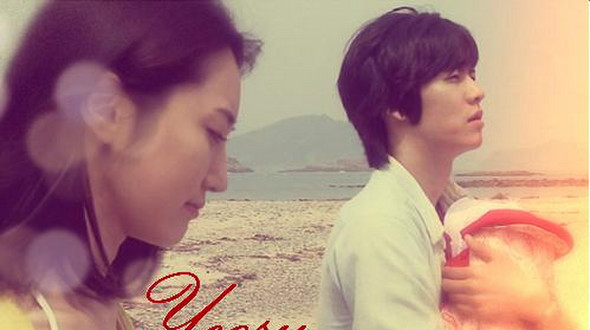 Mi Jin is working as a surrogate mother as well as at a bar, but after she delivers the baby, she decides that she wants to keep it, and flees. She encounters Chul Su, a 25-year-old quick messenger who is in Yeosu to deliver the remains of a dead...

the conversation was actually closed by the writer yesterday.

Whatever the case, the person was really rude.

Well, I got a bad memory, but unfortunately I often recall those …
Lucky for them I don’t intend to be CM again.

The info is given in the new layout:

I assume they didn’t want an answer by leaving and if leaving was a mistake, they’d send you again a new message.

Well I know it’s kind of a German trait (to go directly to the bottom of things - it can be a little too direct for others but I just don’t like beating around the bush), but I sent a message back, and we will see. In case I don’t get an answer I will assume this volunteer is on a spring to collect moderator jobs, but as others mentioned, I am in some points optimist, so as long as … I will think it was a “mistake”.

I read some opinions on Quora (credits to authors):

“Is it true that all Germans are direct?”

Apparently (a generality, each one is different of course): 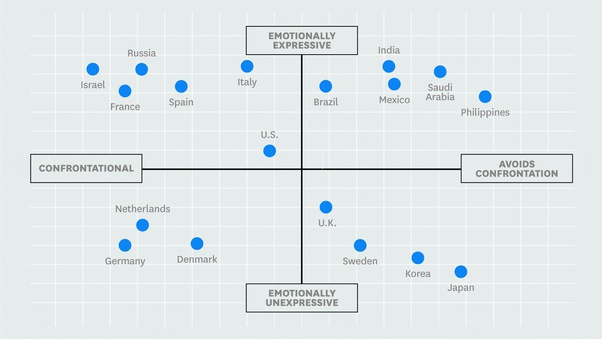 For French people, the “trait” (a generality, each one is different of course): debate.

–
To come back to the new layout: 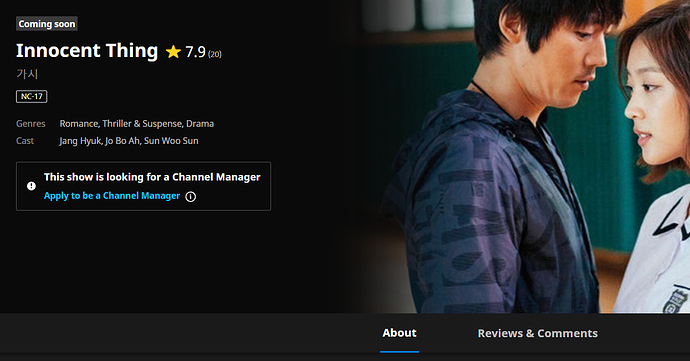 Suggestion: hover the mouse over “i” and people read directly an explanation about what a CM is.
The text disappears when we hover the mouse somewhere else on the screen.

Suggestion: when the CM is picked, instead of the box “This show is looking for a CM”, update it with " Volunteer to subtitle shows! Join community". Show it there and on the sub team tab (2x).

Suggestion: hover the mouse over an “i” icon to explain the term “unlicensed”. Will it be available? Do viewers have to do something? What is it?

100 % zoom on laptop screen (see screen below):
I only see this screen before 1st scroll down, that is to say the Viki image only and not the info I expected to see.

25 % zoom (see screen below):
I still only see this screen before 1st scroll down, that is to say the Viki image + a little of the info I expected to see. 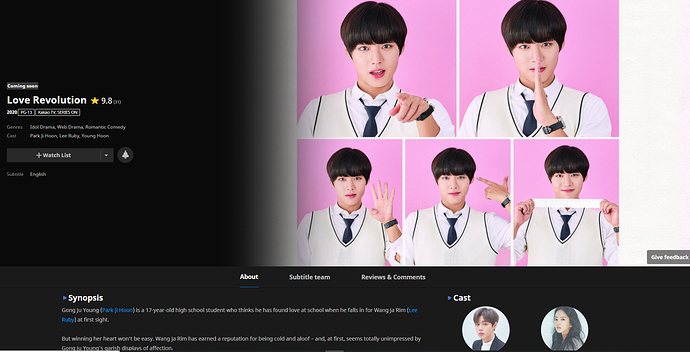 The image is only important to see once.

For the episodes tab, the most important tab for a viewer: we are unable with 100 % zoom to reach an episode without having to scroll down.

Suggestion: review the zoom ratio.
Maybe reduce the Viki image on top and put the range of tabs “About, Subtitle Team…” higher on the screen.
On the episode tab, put the link of episodes higher on the screen, so when we go on this tab, we can still click on them without scrolling down.

Navigating between 1 show page, the explore page of shows and profile pages: can’t use the same zoom % because of above, not convenient if we have to change zoom % to navigate.

Zoom 25 % explore page (compare with the 25% screen above and this screen):