Where are all the men ? I can't be the only one into K-Drama

Where are all the guys ? I can’t be the only guy that likes K-Drama ? I would love to here from you. I gets sorta lonely at times reading through the fangirl stuff to get to topics I would like to discuss. Holler !

Have you checked this discussion?

How many Guys use Viki? Social

I ask because of this old article I feel kind of offended actually https://www.forbes.com/sites/robcain/2017/10/24/viki-com-is-the-most-innovative-streaming-video-service-you-havent-heard-about/

There are more men on Viki but you guys are really outnumbered by women on Viki. No idea why but it’s still a fact.

That Forbes article quoted by mjmusicguy says that women are 73%. But frankly it’s difficult to spot the remaining 27%. I only know a couple of men here, besides you. There’s

Thanks, will look into it

As one of my friends on Facebook would say, “The men are sleeping.”

Don’t worry, you’re not the only one! While admittedly far fewer in number than the women, we are here. I enjoy not only K-Drama, but J-Drama and C-Drama as well. Is T-Drama a thing? If so, I enjoy the occasional Taiwanese drama too.

I replied in the earlier discussion that feyfayer provided a link to, showing statistics that indicated there are more of us viewing on Viki than you might think. Anyway, I’m a guy, and I love being a member of and contributor to Viki! Learning about other cultures while enjoying a good (or even not-so-good) story is one of life’s pleasures for me. 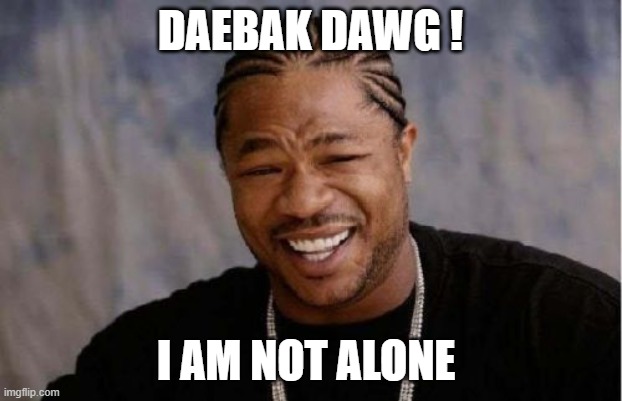 I call them T-dramas, but I think some people refer to them as TW-drama.

Happy to see you around. Nice knowing you through viki site. Such a wonderful caring person who helped me so much in the never ending novela.

When I first started at viki in the stone ages (2009) there were five males I regularly worked with on K drama. Four of them were subbers Korean to English subbers and only one of the four was an ethnic Korean. The other three had a great love of the language and had learned Korean. They were all major subbers. Number five was a Kpop Kdrama fellow Hawaiian high schooler who worked as channel manager and great recruiter and networker. Later on I also worked with several of the males mentioned by Irmar and male segmenters and also another male English editor who was an honest-to-god “rocket scientist” at NASA who loved Kdrama. I’m still working to this day with LeoGregory.
I fell in love with Kdrama approximately 20 years after my husband did.

That was a long one, wasn’t it? I’m sure I’ll never see another one like it! It was a great experience for me, though, enhanced by your willingness to guide those with a more limited knowledge of the Spanish language. I’ll always be grateful to you for that.

On a related note, I see that cgwm808 also replied to this thread. It’s related because she set me on the right path when working on my first on-air Korean drama. (To be honest, I had strayed a bit from that path, lol.) She has very clear and high standards, which is great, and I still try to meet them when segmenting K-dramas.

Anyway, nice to hear from you. Take care there in the Big Apple.

They are sometimes “hiding or are hidden”, lol

There used to be a guy from Geneva sometime ago…

Oh by the way, it was @lacruiser who encouraged me to try subtitling at Viki perhaps 10 years ago, when I complained about missing subs on a saguk Kim Soo Ro with Ji Sung

You pegged my husband right away. He starts watching with me, but sometimes falls asleep. He really likes dramas but sometimes can’t keep up with the subtitles.

It sure was a very long drama, but now is ‘‘out of region’’ for me, not that I ever want to see it again lol

In life we have encounters with Gems (you are one of them) and some Thorns (sadly we have a few here).

But no matter what, we can learn so many things at this site from Both sides.

YOU deserve so much praise and more bc no matter what, in a very sweet way, you always responded politely and even in a cheerful way. I’m sorry if I ever offended you in any way (although I doubt it very much). You were such a great support for me during my tough times back then. Many Blessings and good health to you and your family. Thank you so much.

Tthe . . . yang as opposed to yin? . . . members of the human race who love Asian visual entertainment are probably few and far between on Viki even if they are active because . . .

Everybody’s different, but generally guys I know who like Asian entertainment seem to go for things that are weighted toward the intellectual, problem-solving side rather than the emotional, relationship-building side.

Also, I can’t think of a guy I know who would chime in on an extensive community discussion about (for example) whether or not a particular femal character is truly evil or whether she’s hiding deep insecurities under a mask of cold indifference.

When I discovered DramaFever and all the different types of stories offered there, I was excited to discover live-action stories that took scriptwriting and directing and acting seriously and had logically unfolding stories.

And when I went from DramaFever to Viki and discovered wuxia and other types of more or less “historical” dramas . . . wow.

And at each point along the way, if there were lots of guys among either the “freeloaders” or the subscribers, it was not apparent to me.

Obviously all the Viki and DramaFever shows were/are geared toward a less specialized audience than anime cartoons, but if there are anywhere close as many male Asian drama fans as there are female fans, I would be surprised.

Your two cents is worth more than a dime

Yo, I was mentioned.

Anyways, I think it’s kinda clear why the majority here are women or girls instead of men or boys (or any other). Basically, social norms, ‘men’ are supposed to be a certain way and thus like certain things, with the same for women. Kdrama tend to, for example have more elements that attract a stereotypical woman, meaning more emotions, less action.

But things are slowly changing, you get more ppl from different genders breaking into the other’s social fields. I’ve always been mocked for being more emmotional (etc) as a guy, for behaviour normal for women, as women have suffered their own things. Ofc, this is very broad stroke stuff with many exceptions, but I do think indo-european warrior culture based & Religious christian based norms have influenced our sociaties so profoundly that you can se the practical application of it on places like viki and other places in sociaty. Not everyone is comfy with going against the stream. I do Airsoft as an hobby, there the situation is reversed from viki.