Which Japanese dramas/movies do you really want to watch on Viki? 🇯🇵 🏯

They’re not, unfortunately. I remember watching them years back after I downloaded them with eng sub. Looking back, it was most probably illegal😬 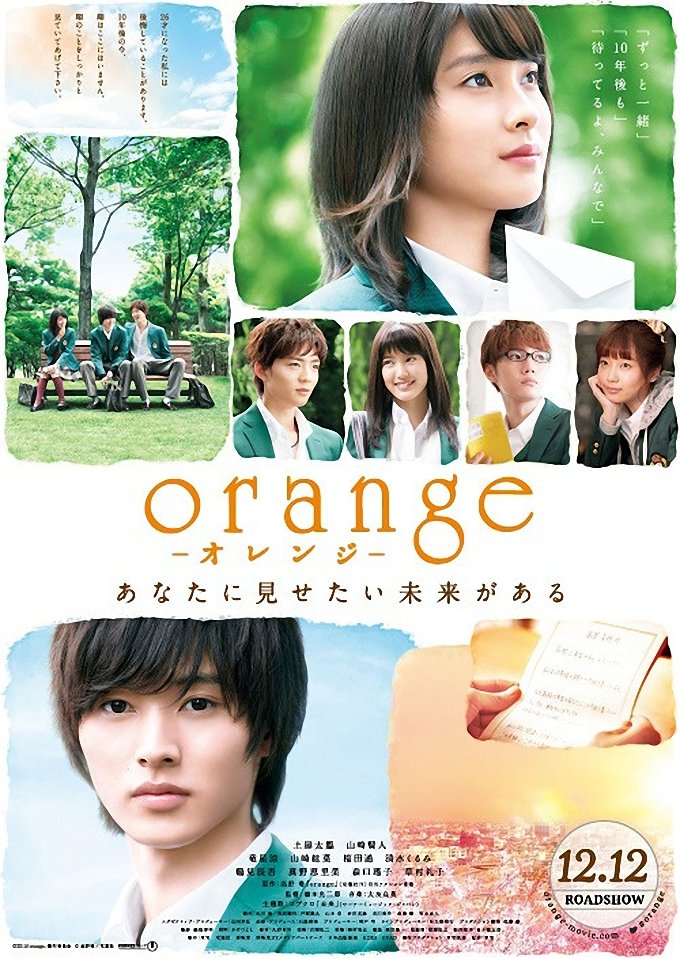 During the spring of her 16th year, Takamiya Naho receives a letter from her future self. Upon reading the initial page of the letter, her class was introduced...

This was truly one of the first J-movie that broke my heart. If you’re in your 20s-30s, young adult or even older, this is an eye opener. It’s about the regrets of friendship, love and life. Second chances that are hard to come by. It’s a bit of “fantasy” in a sense but if you watch it in another perspective it’s just seeing how life could be if you made different choices…

If Viki could add this it would open doors for other J-dramas/movies that aren’t focused around rom-com. There’s so much more to Japanese content that dig deeper than other Asian dramas.

Vampire Heaven, and I requested it as well

ok I put a bunch of requests in, lets see what happens

I like Viki to add mystery and suspense dramas because most of the dramas here are romance. Also, please bring back the NTV dramas

I think the “popularity” of K-dramas vs. J-dramas is analogous to priming a pump vs. not priming a pump. Presumably Korean TV companies allow licensing their dramas far cheaper than Japanese TV companies, so there are more of them here. That’s understandable. But Viki - again I’m making an assumption here - should not confuse “popularity” with simple “availability.”

Of course there will be more “buzz” about Korean dramas if the overwhelming bulk of Viki’s content is K-drama. But the people running Viki should not make the mistake of assuming people therefore prefer K-dramas over J-dramas.

A. People like Asian dramas because generally speaking they make the junk we see on N. American television look like… junk in comparison;
B. They like Korean dramas for the simple reason they’re the overwhelming majority of what’s available on Viki.

IOW, K-dramas are popular simply because they’re available. I’m convinced that if Viki started adding Japanese dramas, especially if they broke out of the ridiculously-monolithic Romantic Comedy genre, ipso facto more people would start watching them. The more people watched them, the more buzz there would be about them; the more buzz there was, the more requests for them would appear.

But Viki is not “priming the pump” of Japanese dramas. And of course its management has adopted, inexplicably, a near-total tunnel-vision on genre.

So the whole thing is a big Catch-22.

Again - Korea is the one aggressively pushing the Hallyu wave and making their dramas available. Japan isn’t as interested/invested in doing the same. It’s not the streaming platform, it’s the source country. The overwhelming majority is k and c dramas because those are the countries SELLING their stuff. Japan doesn’t sell licenses easily.

A streaming platform isn’t totally interested in diversity. They will buy what sells(hence the huge number of romcoms). You are the one who wants the Japanese buzz to be created… streaming platforms don’t care and Japan doesn’t seem to, either.

can I complain just once? there was another link DF, that had a bunch of Japanese dramas, from detectives, to sci fi, mysteries. and I am not able to find them. one was talking bones or lovely bones, there were many more I got attached to, and I don’t mean the anime ones, which I find interesting as well.

I did like those documentaries, and I do watch those Netflix, Prime act vid, imbd(?), iqi, and many more. But my thing… I pay for this Viki, so why can’t we watch these here instead of going elsewhere.

and yes what you said about North American shows? I don’t know when I have watched one, and too another thing, are they losing customers because of this? K ,C, T are great, but where is the J dramas??

I don’t remember the name, but one I did love, a guy that was a detective of sorts, and his side kick was a writer that helped him solve crimes, it was cute and funny,

the other was a forensic guy/or girl that solved crimes, thats where the lovely bones come in

was Gallilo Japanese or Chinese, I forgot

another was a brainey guy and solved crimes as well. so thats kinda my list

I am in for 1 litter of Tears/ Rurouni Kenshin is a given/ all Ghibli Movies/ shoplifters/ all animated movies/ I have not watched many Japanese movies.

The threads topic is about, Which Japanese drama/movies do you really want to watch on Viki?

I’m sorry, I didn’t mean for that to sound accusatory in any way. All I was saying is that you can’t really blame Viki or any other streaming service for the lack of J-dramas because Japan doesn’t sell licenses easily.
Wanting a buzz to be created over something you love isn’t wrong in at all. The sentence wasn’t meant to be an accusation.

I didn’t mean for that to sound accusatory in any way.

I know, but others may not, but!

letting you put it out there, clears things up nicely.

ok “kids” calm it down, yeah both are right, but still those licenses shouldnt be that big of a problem!

ok I found a list of dramas that look interesting

that one that was mentioned 1 litre of tears sounds great.
death note
sherlock the untold stories( not the one I want though)
evils wave
mew404
gourmet detective
miss sherlock
lou yang
man from the sea

i just found my message of4 years ago, so i will stop here for now

I just found beautiful bones (dramanice.cx)This text will be blurred

ok “kids” calm it down

We are good actually.
See above posts.

Vivi, I hear ya, and thanks for the insight - I hadn’t known that about source countries, though I had heard that Japanese TV companies are notoriously pigheaded about licensing outside of the country.

But if the people running the streaming service truly do not care, then there really is no alternative but to cancel, bail, and save myself the $50 a year. But I refuse to believe that people running a business - which presumably involves a goal of prospering in the marketplace - would be so foolish as to miss completely the growing (nay, exploding,) interest in Japanese culture worldwide, particularly within the USA.

A good barometer of that is last October when the Japanese Anime “Demon Slayer” hauled in a record $44M on its opening weekend in the US. Another is the migration of Rock fans in N. America to J-Rock, particularly with bands like Gacharic Spin/Doll$Boxx, Tears of Tragedy, Muvidat, Band-Maid, Unlucky Morpheus, Galneryus, Hagane, Fate Gear, Bridear, Aldious, One OK Rock, L’arc en Ciel, Perfume, Aimer, etc. A little time watching NHK World and you’ll notice a slightly bizarre but wildly popular “Kawaii” culture that’s got fans everywhere from LA to Paris. And of course Anime and the whole Pokémon GO phenomenon of a couple years ago.

How can anyone with any business sense watch all of this happening and fail to see a huge potential in Japanese TV dramas?

That’s what’s so funny… anime is wildly popular, I dare say even more popular than kdramas. Kdrama popularity exploded just a few years ago but anime has been going so strong… I think Japan pushes it’s anime more than it’s dramas. According to an article I read somewhere, they make the dramas solely for their own people so they aren’t interested in selling.

Anime on the other hand, is a different story. They are sooo popular, and quite a few of them used to come on our local Indian networks. That means there was some deal between our countries… I don’t know whether they still air them but at one point we had anime on almost all our children’s entertainment channels, including Disney Channel India

they used to have Naruto-inspired duels or fights in class during lunch break, and one of them would carry more manga to school than textbooks. Japan’s shonen anime/manga are some of the best in the world.

That’s why I think the ball is in Japan’s court… they just aren’t willing to sell their dramas. They don’t put much money into their promotions and drama production budgets… maybe because they want to stay local.

name : Good Doctor
Minato Shindo has savant syndrome. His memory is amazing, but he has difficulty communicating with other people.

When Minato Shindo was little, he dreamed of becoming a doctor. He met Doctor Akira Shiga and he wanted to become a paediatric surgeon. Akira Shiga was surprised by the 7-year-old’s memory of the human organs and he decided to support Minato Shindo in achieving his dream. Eventually, Minato Shindo graduated from medical school and passed the national exam for medical practitioners.

Now, Akira Shiga works as a director at a large hospital. He suggests to Minato Shindo to work in the pediatric surgery department at the hospital where he works. (by mydramalist) 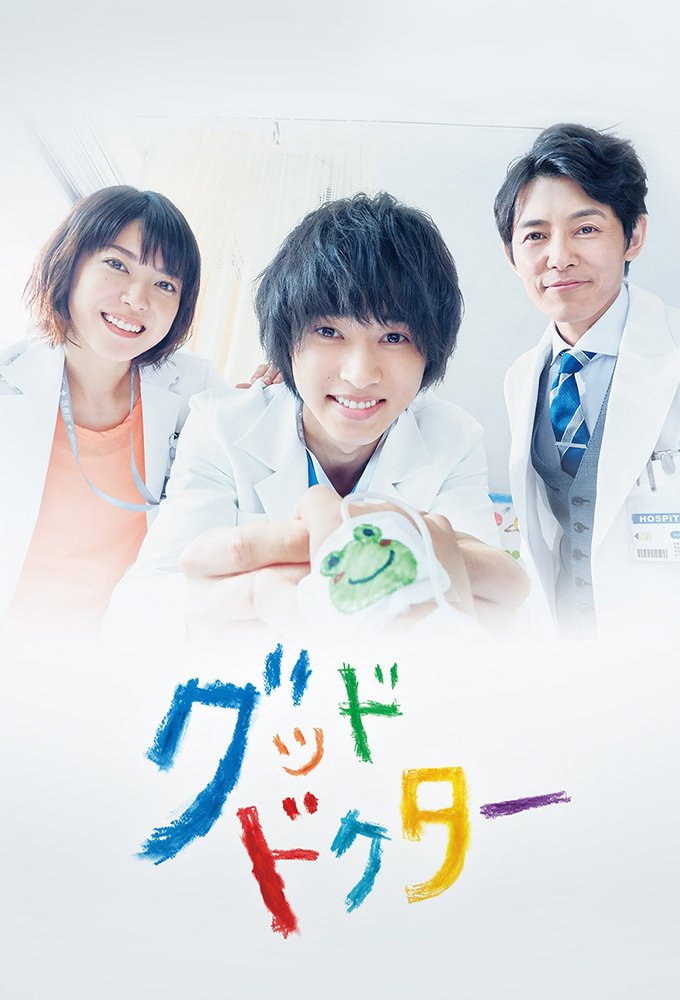 Minato Shindo has savant syndrome. His memory is amazing, but he has difficulty communicating with other people. When Minato Shindo was little, he dreamed... 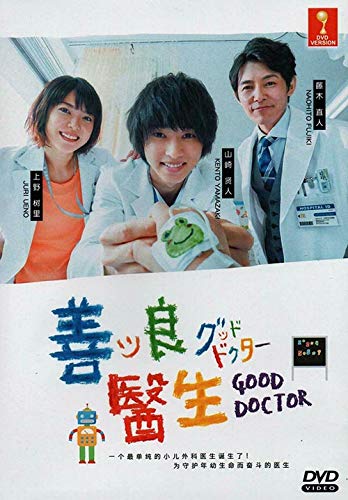