Which upcoming cdramas do you want Viki to license?

we’re still doing legend of the condor heroes 2008 - we haven’t completed ours yet, and ours is licensed - but thank you for the information.

actually someone was trying to take our subs…and I have not let them join our project for that reason…!

(sigh). And explaining why he should not is well, good luck.

One can totally save subs from a series without being a team member, though.

IF, and only IF, you knew it was going to happen.

When exactly was the GREAT DELETION OF DECEMBER 22 SCHEDULED?

We only know when it was executed. No one, not CM’s, volunteers, let alone fans were told a single word.

So when exactly was anybody supposed to save thousands of subtitles, from what, hundreds of videos deleted without real warning to anyone?

The milk has been spilled, water under the bridge cannot be retrieved.

I am going to leave you with one final thought here:

Have you ever heard that as long as there are trees on the mountain…(intentional pause…).

[I don’t have to complete the sentence for some of you reading this thread. ]

That’s pretty rough. I guess I’m hoping more Chinese Web dramas that have already aired will get licenses (ones that used to be fan channels) - like Go Princess Go. I like how they’re a little more crazy and liberal than a regular TV drama which often refrains from stuff like sexuality, gutter humor, etc…

I think innocent would be the words to describe most primetime Chinese (and Korean/Japanese) dramas. That’s fine and I don’t dislike it but I sometimes I want a show with more edge and maturity to it.

I saw a new CDrama airing yesterday and I had no clue this was coming out, checking the status or availability on Viki I found the channel is sitting there for 7 months. The CM is absent, I have not received any notifications of this channel and asking for the License. Only upon airing elsewhere the channel got a bit of traction.

It would be nice to get a great exposure to fans and asking for the license, we might still get it later.

I thank everyone who supports this, this drama is supposed to be superawesome, we didn’t get Weiyoung let’s get this one, pretty please

I thank everyone who supports this, this drama is supposed to be superawesome, we didn’t get Weiyoung let’s get this one, pretty please

You’re right. This is another amazing Cdrama, just as Princess Weiyoung was. It has just started and I’m loving it already. 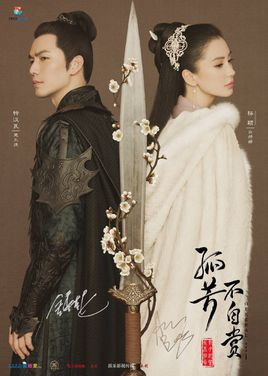 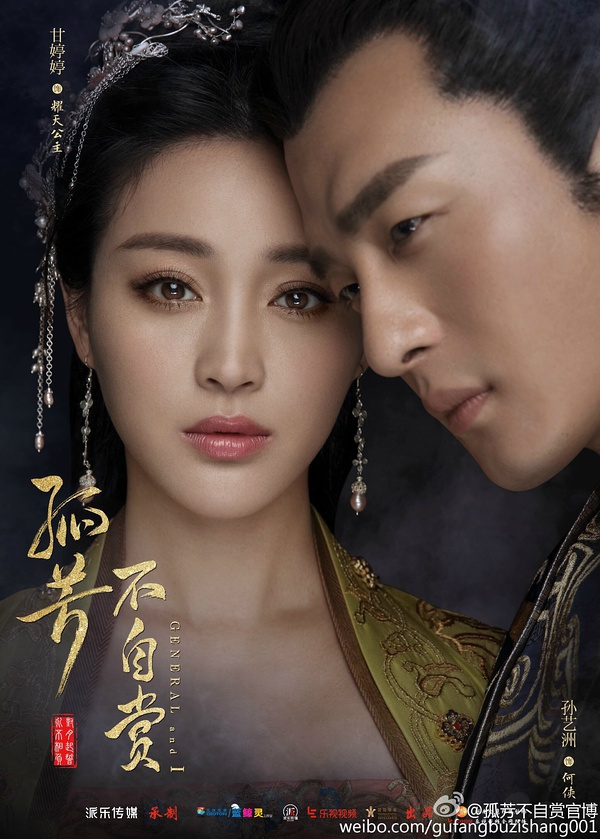 What a pity (for our global fans) Viki didn’t get the license. I wonder what is taken into consideration, really. So many awesome ones have slipped away/are slipping away

We don’t have a license. Without a license, that’s not really a channel -

the fan channels and downloading from other sources have been stopped. So that channel - unless we get a license - there’s little point in CMing it.

Now the potential ones aren’t even put up, by the way. That’s my my advisors page isn’t something anyone can see.

It might be they’re trying to avoid people well, trying to load onto fan channels again? who can say.

a thousand years of effort…

Linda, I meant that this channel did likely not get proper exposure to chinese drama fans so that they could have requested for the license because the CM is several months on hiatus, I never got a notification. Notifications/Announcements of new channels to fans of alike dramas help in the support to when people send license requests.
Wenn CM’s request a channel it needs to be approved, then CM’s spread the word so that fans can support it in order to increase the chance of getting it licensed.
If your channel isn’t up for fans to see it’s because Viki has not approved your channel yet, has nothing with licensing to do. In this case there was never a download from another site, this particular drama started airing this week but the channel has been created 7 months ago. It is still possible that a license could come in later if a high amount of requests are sent, one can only hope that there is a chance of 50/50 to get it.

Yes, I understand what you are saying BUT here’s the NEW way it’s going.

I can’t get MY Advisors channel up and asking for license requests - because they won’t LET it go public. I think this is the case of a LOT of CM’s with good dramas who dearly want to help their cause? But …they seem to have stopped doing that for the most part. I heard of 1 K drama one that’s out for license request lobbying. It seems most CM’s are desperately spamming (yeah good word, sorry guys) in boxes because they have NO other way to help get the dramas they want to run and well…hoping it works to get the drama. I don’t know what to say, I haven’t spammed on this myself - I would really love to have advisors and run it - but…it seems an awkward system, we are in the dark not knowing what they will give us, or when?

It is still possible that a license could come in later if a high amount of requests are sent, one can only hope that there is a chance of 50/50 to get it.

By that time, it’s usually subtitled on youtube and Viki won’t make as much money as they should.

I think that, since Viki took the fan channels away, CMs should be provided with new promotional tools.

when is Viki showing the legend of chusen season 2. I cannot wait to see what happens next.

Please fill out request form: http://vikiinc.wufoo.com/forms/title-request-form/ and wait for Viki license it.

Even I didn’t know that Cecilia Liu has an upcoming tv series!! SO looking forward to it! I love the male lead, too.

Also, has anyone mentioned the upcoming show starring Krystal Jung and Lay(Zhang YiXing)??

Given what I have seen, I now believe it will require “heaven’s rain” to bring the Advisors Alliance here.

How can a channel manager who dearly wants a good drama do anything if they cannot publish the page for folks to go there and also for anyone who might sign up for a team.

The system needs vast improvement along with better communication to tell us what, if anything, they will about what they plan to license. This cannot be a complete “mystery” item, it has to be somewhere in the hands of the V-R consortium overlords.

There is an undercurrent here that everyone seems to be ignoring…

The Chinese production companies all operate its own channels on a certain tube-like site with popular series getting multi-million views per episode, this coincided with release of crowdsource subtitle and translation tool for that tube-like site. This was not the case even a year ago. It seems to they would just want to do things themselves now rather than licence things out to third parties (at very least, it strengthen their negotiation position, which can make licences too expensive for viki to acquire)

While I still like viki better to introduce dramas to my non-chinese speaking friends, since the subs are of a better quality and consistency, but that’s a shark in a tank of small fishes and could have game changing ramifications. Especially since viki is a K-drama focused site to begin with.

realistically, I would think drama with more idol appeal and less expensive to acquire will be the ones shown on viki. This unfortunately rules out both Tribes and Empires as well as Advisors Alliance.

This doesn’t explain why DF could get “Love O2O”, “Princess Weiyoung”, “General and I” recently. DF has pages for Three Lives Three Worlds" and “Tribes and Empires” too. I would not be surprised if “The Advisors Alliance” ends up at DF. Seems to me DF is spending their budget on all the anticipated Chinese dramas and Viki continues to Ignore Chinese dramas in favor of Korean dramas.

realistically, I would think drama with more idol appeal and less expensive to acquire will be the ones shown on viki.

It makes sense for Viki to buy cheap and popular dramas, although that would drive away lots of viewers who are looking for originality, variety and as a good quality as possible. I’ve watched lots of good idol dramas, but they generally are repetitive, cheap and uninspired, with overrated idols and poor quality.

If I’m going to watch that kind of repetitive and usually cheap stuff, why don’t I dust and switch on my TV set.

Viki should consider that, too.

they won’t let me public my fan channel to try to drive support for advisors. Like I said, it’s going to take Heaven’s rain to get this probably.

I have help if we get it, you wouldn’t believe the number of people who have said IF we get it, they will come. I’m sure that applies to other things like Tribes - at least they have a page to work with publicly.

But do our license forms mean anything. Seriously.

From the looks of what’s getting licensed of late…?

then how on earth did we get Ice Fantasy? That one could not have been cheap.

And there is the fact viki also markets subs to other sites for their use as well - e.g. hulu, df.

Thus there must be some sort of collaboration happening with those sites to bear up the license fees as well?

Tribes and Advisors arguably will be the shows that do for Chinese historical/wuxia what NIF really got rolling and some say NIF was a fluke here…but what a happy fluke it was.

For a site that claims to be global TV, perhaps it’s time to truly embrace the two largest language groups in the world…Mandarin Chinese and English.

People comment about subs appearing in other places. If there were not a true and continuing world-wide demand, it would not be happening.

Crouching Dieter, Hidden Donut
old nickname in place, until humor is out of splints and bandages
let’s just say it caught a “BUG”