Which upcoming cdramas do you want Viki to license?

Ive seen in past on hulu some dramas with the Viki logo and df logo as well, I knew about df but Viki on hulu???

Yes, and a lot more of it before Hulu essentially destroyed their Asian drama catalog.

There are about 28 K dramas - and ONE C drama left.

And you can forget things other than anime - 500 anime there. sigh.

Let’s just say things like Prince of Lan Ling and other niceties were all summarily thrown out.

Oh and it was around the point when Six Flying Dragons concluded. At the time, I was not a viki pass bearing QC of gold - but a mere mortal with a HULU membership…and I went to rewatch an ep and it was GONE. YEAH. no warning.

There were over 100 K dramas at the time. GONE. overnight. Hulu…must take lessons from somewhere. And also you can’t find ANYTHING HISTORICAL or costume in K drama Or C drama Except EMPRESSES OF THE PALACE. wow, what a coincidence…but every modern one on earth.

SO…where do the fans go who wants historical, costume, wuxia, and other things besides a modern k pop drama? or something with singers instead of actors?

Yeah. Right here, as long as the vikioverlords see the potential of gaining not just a bigger female audience but men who would watch them too. Some dramas have universal appeal - like Warrior Baek Dong Soo. My husband covertly watches that when I re-view it. :).

NIF…intrigues him but I catch him watching it sneakily…he’s afraid he’ll get the whole plot explanation. HEH.

I really need, crave, Advisors and Tribes. those most of all.

Not anything that’s been described already as “Mighty Morphin Power Rangers”. Don’t ask.

Some of you may already have heard about this train wreck …and I’ll leave it at that.

Crouching Dieter, Hidden Donut
Okay, to whom at which vikioverlord address do I ship the KKD?

They keep getting these bad cdramas. But I do think right now there is a bad season for cdramas, but they could have gotten a good cdrama from 2016 like Banshu Legend.

But do our license forms mean anything. Seriously.

From the looks of what’s getting licensed of late…?

I keep asking myself the same question lately…

My following comment will be a little OT here, but I’ll still make it. It’s true Cdramas are not getting the right recognition they deserve (I’ve also started watching them only recently) since lots of users on Viki prefer Kdramas over Cdramas, plus the number of episodes scares people away (even though most of the Cdramas I’ve seen are made by 45min long episodes compared to the 1 hour - 1 hour and 15 min long episodes of some popular Kdramas). However, I truly wonder how the business team makes their choices… Lately, it seems like it’s not what the community wants, but what is more convenient on an economical point of view and I’m getting more and more disappointed…

(Totally off-topic: let’s not even mention Jdramas on Viki…)

Sorry for the “off-topic-ness” of this post, but now it seems like it’s even becoming pointless to submit channels…
By the way, is there even a fan channel of Love O2O on Viki?

since lots of users on Viki prefer Kdramas over Cdramas

Well, a) K-dramas get subtitled way faster, b) they get licenced (and remain licenced until you can finish watching) and c) K-dramas are more varied in their plots and building of characters.
C-dramas usually have static plots and they are too heavily edited.

Sure, but I mean, in my experience in the Italian community, most want to watch Kdramas in any case and never even consider other nationalities dramas. That’s what I meant, then obviously I agree with all the points you’ve made.

I shall differ with you on some major points then.

Nirvana in Fire, Chinese, 2015, is the worlds best drama. It simply IS. it is not “static” it is NOT too “heavily edited”.

I can name some more dramas that are also good and Chinese.

I believe we have more K Drama subbers at present - as word gets around that we are indeed buying and subbing Chinese dramas, we are getting more Chinese subbers.

And there are some VERY good dramas coming this year out of China. Lost Love in Times, with a great actress. Tribes and Empires - a great looking wuxia, The Advisors Alliance - a great historical. The Legend of Ru Yi - with Huo Wallace AND a great actress.

To each, their own, but I now watch more Chinese drama than Korean drama for a good reason.

I am an Asian Drama fan - we do not get the best Japanese dramas here either…and we have missed some good ones out of China too recently.

I hope we get the best ones, the ones that might rival NIF.

Have you seen NIF, by the way? Scarlet Heart? or even well, Legend of the Condor Heroes? Anything with Hu Ge, Yuan Hong, Huo Wallace, Liu Shi Shi, or any of the other really amazing actors they now have in Chinese drama?

Anyway - there is a lot of great drama out there, just waiting for us to pick it up and let the world see it as well, with our willing hearts and hands.

GeNie of the Lamp POOF!

there are so many good ones coming out this year. See my list.

I haven’t seen that one, but lo and behold, THE ADVISORS ALLIANCE Just went live! It stars Liu Tao and a great cast - and the trailer is AMAZING. I also have Rule the World and Lost Love in Times - Liu Shi’s Shi’s drama - the pages are now out!

PLEASE fill in the license forms, and please support our efforts to bring absolutely AMAZING dramas here. 2017 may be the best year ever coming out of China!

That’s the Advisors Alliance…look around the 'net…you will see THIS is HIGHLY anticipated.

Watch the trailer. It’s there in the comment block… and please help us get this drama, and all of the great ones. This is the one I have most wanted of them all! and now we MIGHT get it.

I also have Rule the World - another good possible one - and Lost Love in times. I am hiring volunteers, and working to complete the dramas I now have too - in order to give them my dearest love and attention, along with all our Fans…Who are also our Volunteers!

Spread the word, let’s get the LICENSES!

We have HOPE now…of getting this, Lost Love in Times, and Rule the World - ALL of them just showed up.

Others were NOT given live status - so we need to fill in forms and do our best.

Here’s the LINK for AA -

My dearest wish is to work …constantly…on the very best dramas we can get.

The Fan channels just went live, we have our chance to give them our license forms, and see what they do.

I hope we get the ones we most want. Crave. NEED!

Want to work on. Want to WATCH!

it is Lost Love in Times, and the fan channel is now UP PUBLIC for you to fill in license forms and we hope to get it.

I have already volunteered along with JadeCloud88 - as I promised.

Hello drama fans!
One of the most anticipated Chinese historical dramas of 2017 needs your help to get licensed. The Advisors Alliance brings together a star-studded ensemble, which includes Wu Xiu Bo (The Patriot Yue Fei, Liu Tao (Nirvana in Fire), Janine Zhang (Empress of China), Li Chen , Zhang Zhixi (Three Heroes and Five Gallants), Tang Yixin (Legend of the Qing Qiu Fox) and many more.

Synopsis
“The Advisors Alliance” is a historical epic chronicling the life of Sima Yi, a famous politician during the Three Kingdoms era of Chinese history. . Please help us to let Viki know that you want this drama licensed by filling out this form and follow the channel for all the drama information.
We are recruiting experienced segmenters, Mandarin-English subtitlers, and and other Language Moderators. To be a segmenter, subtitler or Language Moderator, please contact the Channel Manager, deadliftdiva_548.

To join any other language team, check out the channel’s cover page to contact your respective Language Moderator.

Thank you for your help and support!

Can we request that Demon Girl be added back. It was removed after 12 Episodes.

I’m not the CM of Demon Girl, but I’m part of the Channel Team.
The only way to see it coming back since it is a Fan Channel is asking to get it licensed and hoping that Viki and Mango TV can come to an agreement about a license.
Now, the CM of the fan channels are not allowed anymore to add videos to a Fan Channel, thus either it gets licensed of we won’t see it on Viki.

I dont’t know if this is the right place to write. But I want viki to get license for 2010 Hong Kong drama, Ghost Writer with starring: Steven Ma, Linda Chung, Sunny Chan, Fala Chen. 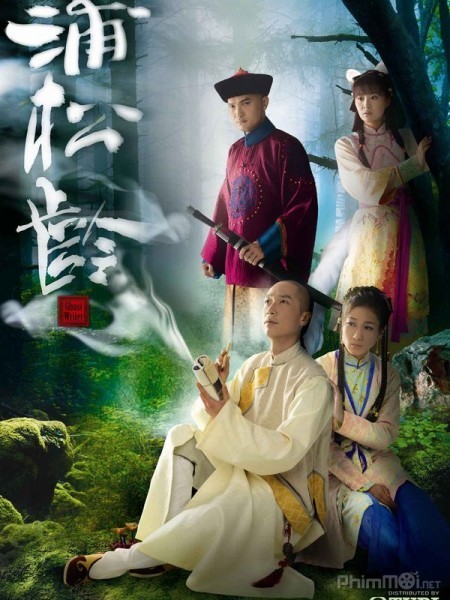 Also, I want Viki get license for Chinese drama of Rainie Yang named “Love at not first sight”
http://s1101.photobucket.com/user/acw_world/media/Promotional/Show2014/LoveSecondSight/LSS5.jpg.html

With or Without You 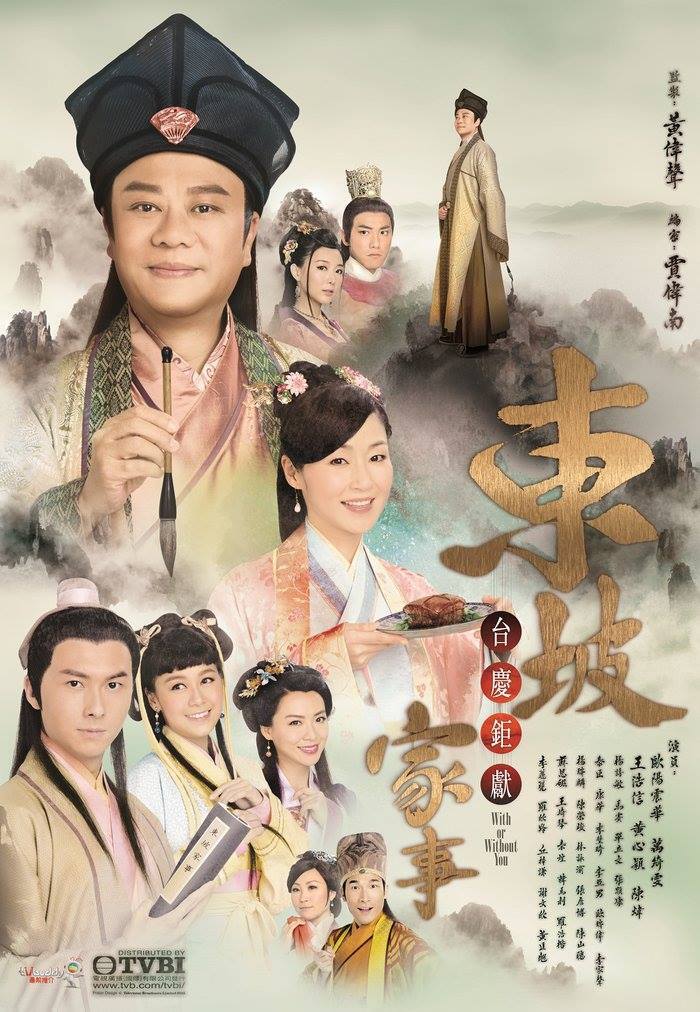 A pillow case of mystery season 1 & 2 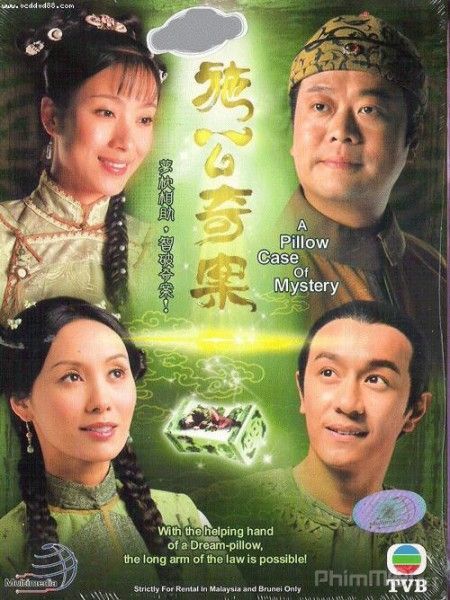 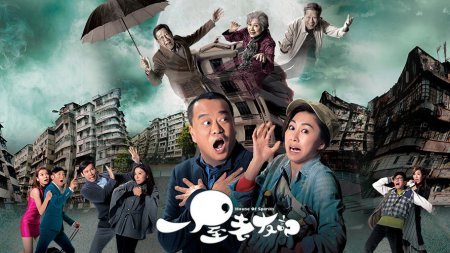 And one drama: Master Devil Do Not Kiss Me
http://4udrama.com/wp-content/uploads/2017/01/master-devil-do-not-kiss-me.jpg

Awesome! Actually, I don’t need it to be licensed cuz I’m in China myself, haha. But I’ll still request for it anyway.

Cecilia Liu has another show that came out recently in China and frankly, it seemed boring to me, especially since her co-star isn’t conventionally good-looking. Shallow me!

Thanks to everybody who come up with contributions! I’m a native Chinese speaker and interested in watching Chinese dramas. Although recently some Chinese dramas are of good quality (for example, Nirvana in Fire), many of them are not highly praised in Chinese websites. I went through all the proposed TV series above but they don’t have high rankings in Chinese drama ranking websites. The most famous Chinese dramas ranking website is 豆瓣 (douban). And here is a link of this website: https://www.douban.com/. You can find all Chinese dramas (no matter released or upcoming) with comments and rankings here.
I checked with the scores of different TV series and suggest that we subtitle a high ranking historical drama 大明王朝1566. Here is a link of this drama in Douban, you can see introductions: https://movie.douban.com/subject/2210001/?tag=国产剧&from=gaia
The drama came out in 2007 but has a very high score in Douban, even higher than Nirvana in Fire. I don’t think this drama is subtitled in Viki. So if anyone is interested, we could form a group to subtitle this. However, as I’m new here and not experienced in subtitling, I will appreciate if anyone experienced could lead the group and launch the subtitling work. If you wish to discuss me with this issue,please don’t hesitate to contact me.

In order to form a group and subtitle a drama here, first this drama has to be licensed and uploaded to viki. So the first step is requesting a channel. When the channel is granted and a fan page is formed, then you can start campaigning for it to get a license, and of course start gathering team members.