ok so here goes one more time. we all have been under “lock & key” so to speak, so I thought I would lighten things up. and please this is just to get us to laugh don’t add or take away from this,

Police have been contacted in response to the murder hornets. They are using the SWAT team to set up a sting operation.

Ta-da! All dramas are on Viki! Celebrate with a binge watching month worth of a Guinness World record!

Hot Summer!
Atlantis has been found and people take vacation to discover Atlantis!

Be careful of sharks and piranhas!

July 2021: People complain about Wifi on Atlantis and go back home to watch Viki.

Love that! :Atlantis finally found!! and love that, about wifi on Atlantis, and go back home to watch Viki!! yeah, come on ! more!!!

don’t really know if I got it right

The Dinocats from adrianmorales,
Open up To play cards with gozilla and drink tea

October My little pony turns out to be real

A way to transport yourself to the alternate universe of MLP…yes! I’m down for that

That same month Lego characters participate in the Olympics as dressage riders on My Little Ponies and Gozilla joins the Olympic water polo team.

September 2021-You find out Shrek is your neighbor in disguise.

November 2021: After numerous Olympic mishaps the previous August, the herd of My Little Ponys finally escape Legoland in a stampede so fierce it opens a wormhole portal to the 1980s and present day Seoul is suddenly overrun with Cabbage Patch Doll citizens who proceed take over the K-drama industry, and by the next season all the dramas on Viki star squeaky-voiced baby dolls.

December 2021: KBS and JTBC fight about the movie rights for this thread.

ok I am sharing this, for something funny,

The thought of the day!!

I know you believe you understand what you think I said but I’m not sure you realize that what you heard is not what I meant!
now I have confused y’all completely! have a great day!

now I have confused y’all completely!

As long as we can laugh about it …

that’s what I am talking about! Laugh!!! A clean house is a sign of a wasted life."
laughter is the shock absorbers that can ease the blows of life

every time you find humor in a difficult situation you win

So I guess your new hobby will be selling craft supplies?

Haha, don’t worry. Practice makes perfect. And otherwise you can use them in a different way than you originally planned. It doesn’t have to be perfect. You don’t need to win an award with it or show it in a gallery. Just have fun, that’s all that matters.

I guess that’s true as I have an ever-growing collection of colored pencils, pens, markers, stickers, and paper in my house.

You’re not alone! I haven’t purchased yarn in a while since I have a lot of it, and I’m determined to use what I have, but I can only crochet so much before my wrist gets tired. I was given a large box of various shades of green yarn when I was in the needlecrafters club in high school years ago, and I still don’t know what to do with it. I guess I’ll try and make as many green-colored Pokemon as possible

Hi @helenama73_911
With your slew of green yarn, how about crocheting a field of lucky four-leaf clover amigurumi? 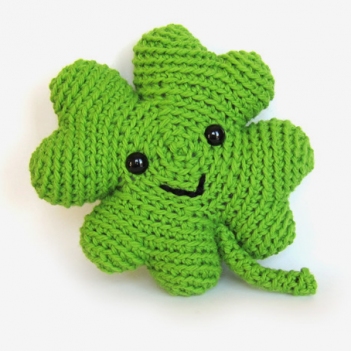