So cute! Happy Thursday to you, too. 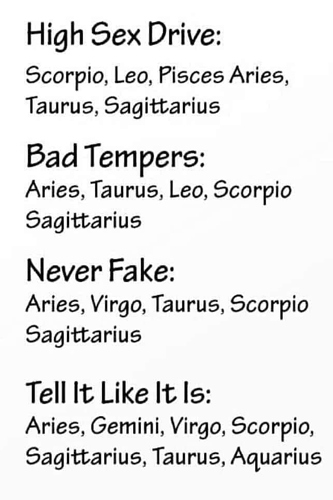 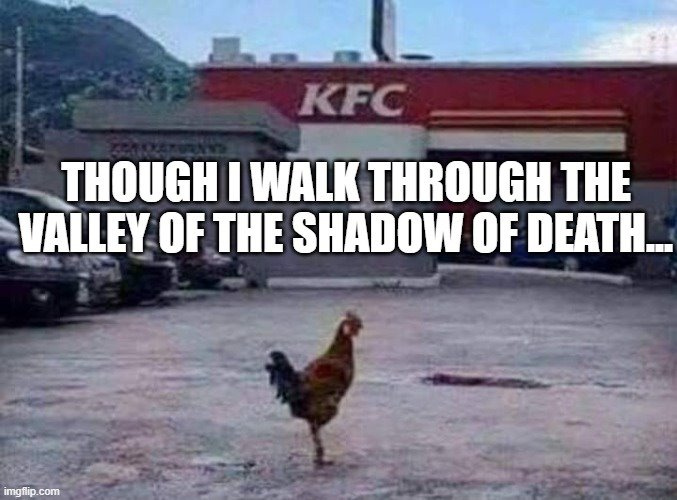 though I walk through the valley of the shadow of death 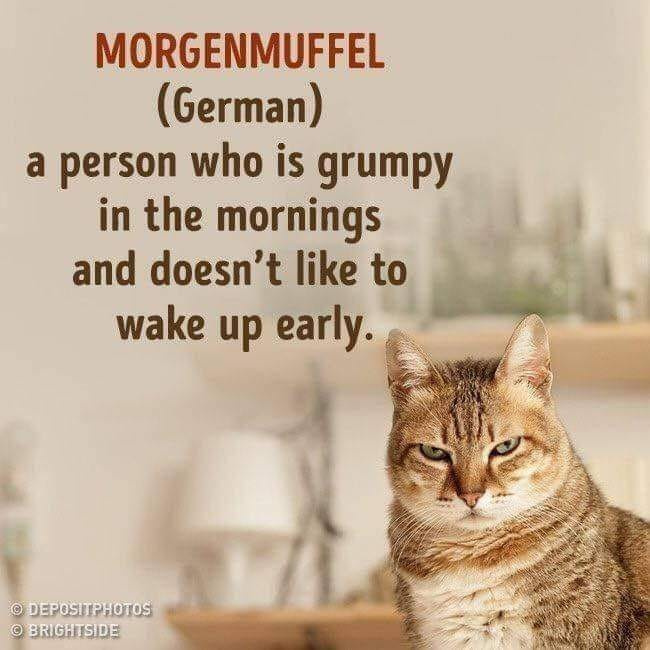 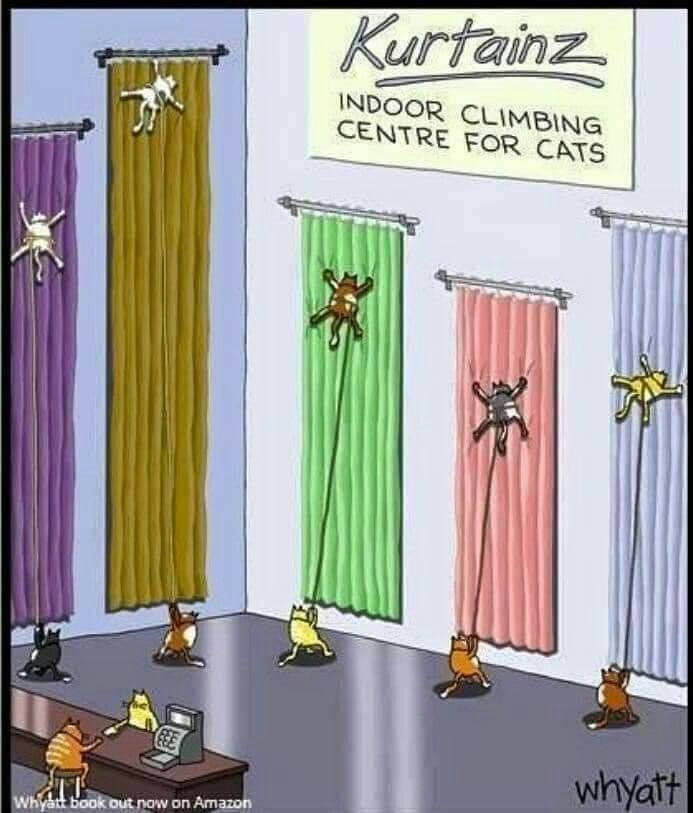 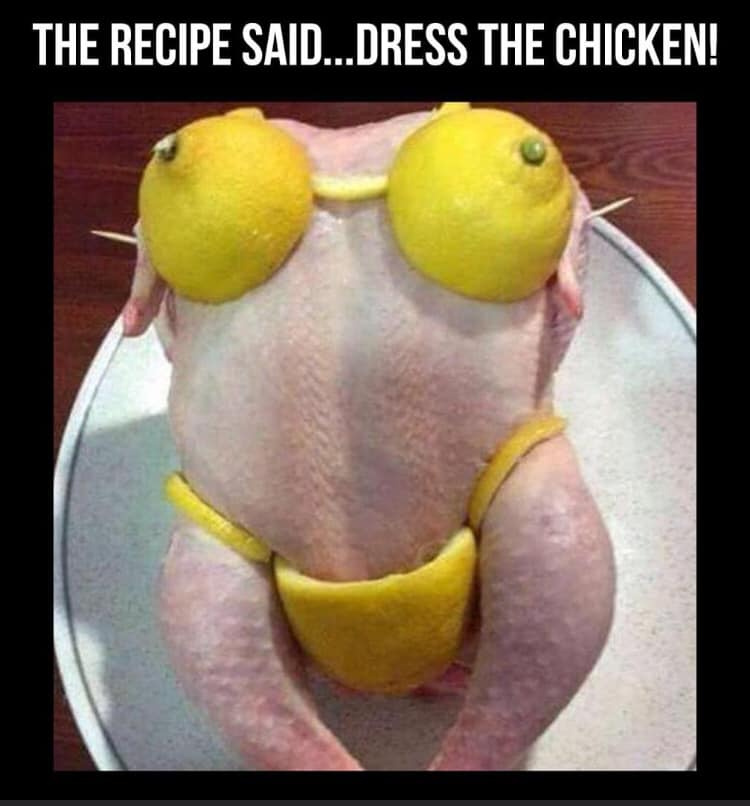 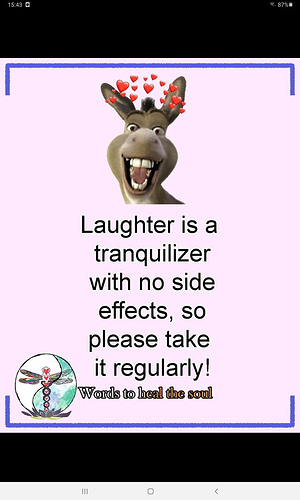 maybe they ran away from home

maybe we need this sometime 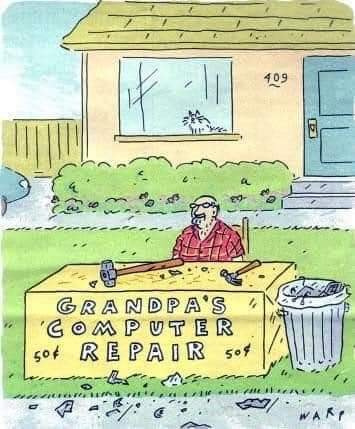 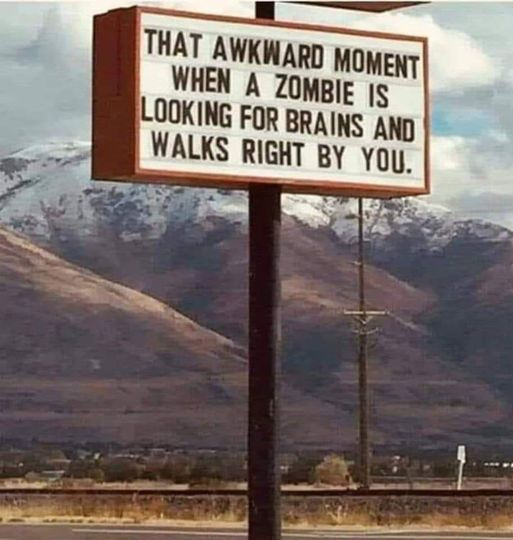 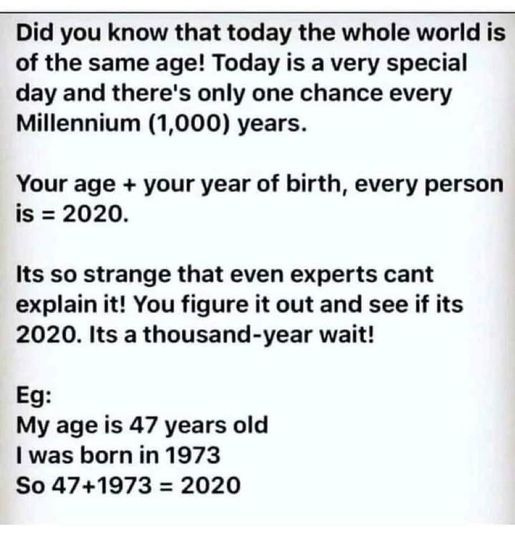 What was the first pic above the grandpa?

LOL @frustratedwriter I don’t need to calculate, I won’t get 2020, since my age ends with a zero and my birth year with a nine - I will end up with 2019, but it gave me a laugh anyway so it’s all good.

Wouldn’t it depend if it is before or after your birthday for this year?

giver it a try Ninjas_with_onions, aqnd hey where have you been? you have been missed!!! 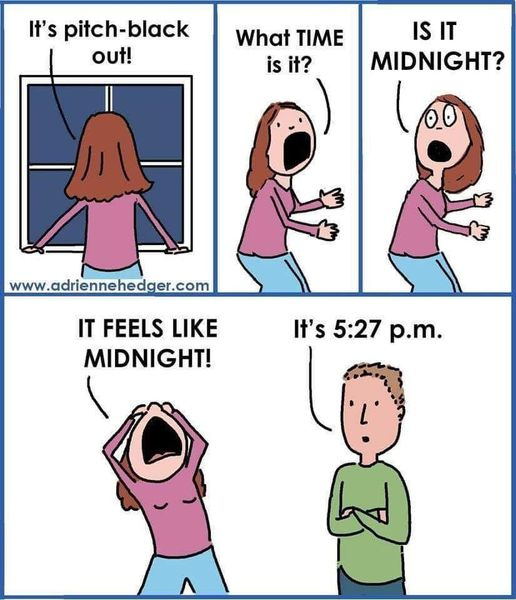 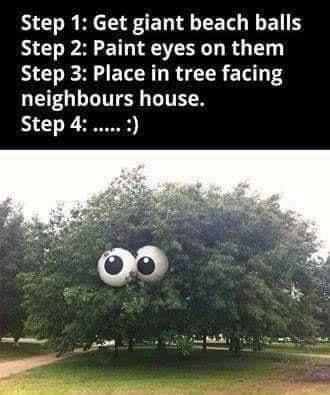 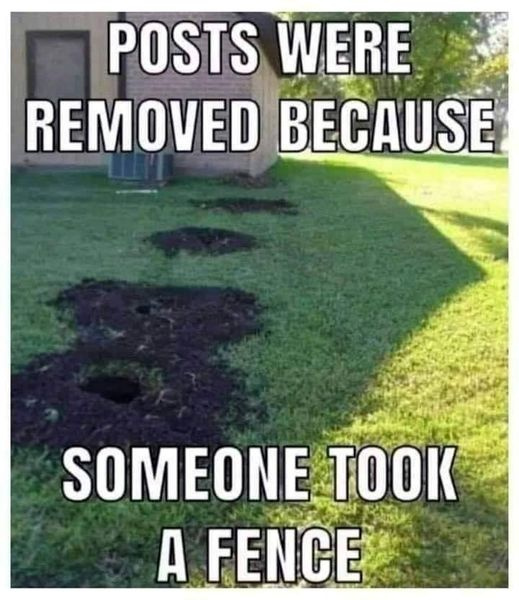 Wouldn’t it depend if it is before or after your birthday for this year?

I think so too, so I will have to wait till the year is almost over.

yeah I think so too

Been super busy at work, family and life in general that recreation had to take a back seat. Didn’t even have time to watch one episode of drama (or so tired I fell asleep 10 mins later trying.

Balloon life lesson.
Daddy balloon and mummy balloon were explaining to their balloon son that now he is no longer a baby balloon why he could no longer sleep in the same bed as them and he should now start to sleep in his own bed now.
Later on the boy balloon is sad and still wants to sleep in the parents bed so he sneaks into their bedroom, but as he is growing he can’t fit in between the cuddling, sleeping parent balloons.
So he has an idea, he unties the daddy balloon’s knot and slowly releases some air out of daddy balloon. But it still does not make a big enough gap between them for boy balloon so sleep between them, so he unties mummy balloon and releases some air out but there is still not enough room for him to sleep there, so he unties his own knot and releases some air out of himself. Now he can fit between them and sleep in the parental bed.
Just before dawn he sneaks back into his own room and sleeps in his own bed.
In the morning boy balloon goes downstairs to find slightly deflated, upset mummy balloon and angry daddy balloon. Daddy balloon turns to boy balloon and says, “Son, I’m really disappointed in you, look at what you have done. Not only have you let me down, you have let your mother down and worse of all you have let yourself down.”

did you have you BDay yet? It should work 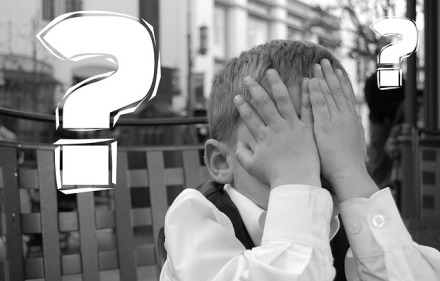 It’s simple maths, not a once in a 1000 year phenomenon

By definition, if you add the number of years you’ve lived to the year you were born, you will get the current year.

On the outskirts of a small town, there was a big, old pecan tree just inside the cemetery fence. One day, two boys filled up a bucketful of nuts and sat down by the tree, out of sight, and began dividing the nuts. “One for you, one for me, one for you, one for me,” said one boy. Several dropped and rolled down toward the fence.

He just knew what it was. He jumped back on his bike and rode off. Just around the bend he met an old man with a cane, hobbling along.

“Come here quick,” said the boy, “you won’t believe what I heard! Satan and the Lord are down at the cemetery dividing up the souls!”

The man said, “Beat it kid, can’t you see it’s hard for me to walk.” When the boy insisted though, the man hobbled slowly to the cemetery.

The old man whispered, “Boy, you’ve been tellin’ me the truth. Let’s see if we can see the Lord…?” Shaking with fear, they peered through the fence, yet were still unable to see anything. The old man and the boy gripped the wrought iron bars of the fence tighter and tighter as they tried to get a glimpse of the Lord.

At last they heard, “One for you, one for me. That’s all. Now let’s go get those nuts by the fence and we’ll be done…”

They say the old man had the lead for a good half-mile before the kid on the bike passed him. 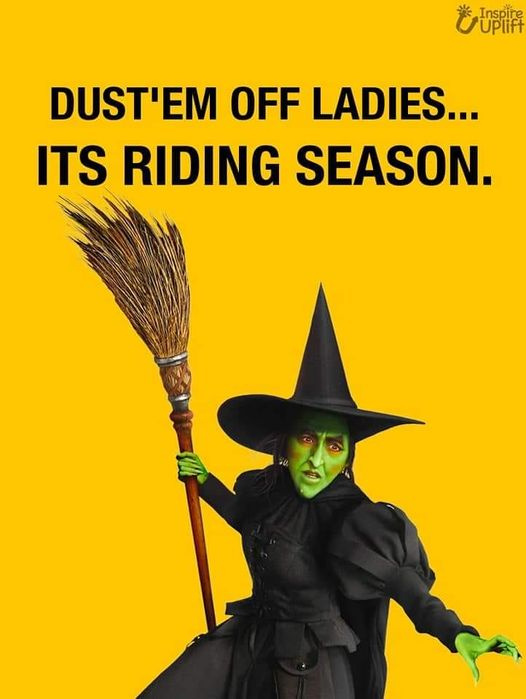 It’s valid only after your birthday.

btw, I wanna join your birthday party.
Mind sending me an invitation?

Mind sending me an invitation?

I probably won’t party, but since I have birthday on a holiday close to years end, normally there will be a lot of decoration, food and what not, I just wish for health, nothing else and that my mom can make it through, until the day she finally can go out again and enjoy some things we once called normal.

Anyway, since it turned serious I will leave you with a French song that always helps to lift my mood, even if you don’t understand French. Boum, stands for the heartbeat.

i saw all the posts and they were cool. thanks to all

that i had a good laugh . i saw some drama memes on net and i think there is no better place to post them other than viki discussions so … 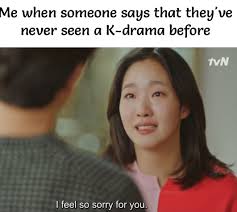 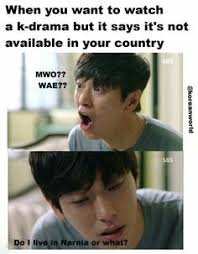 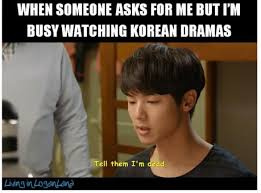 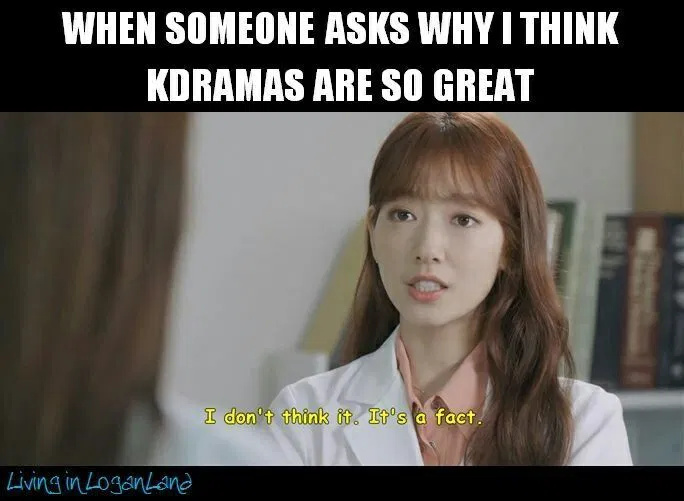 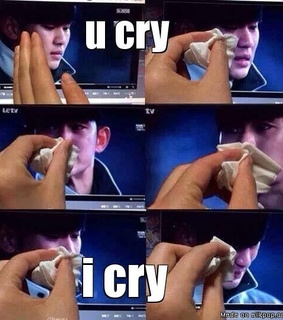 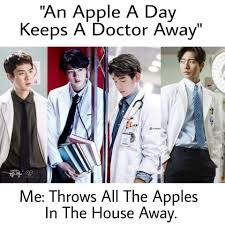 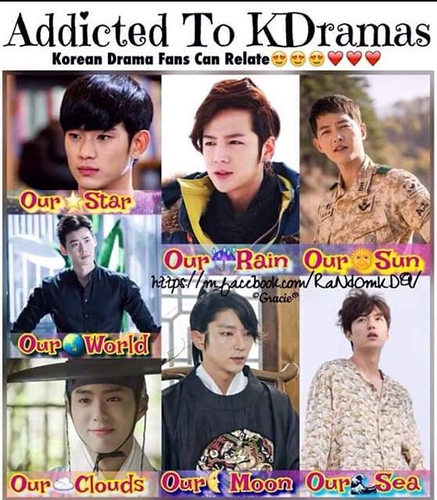 Kim Soo Hyun’s all scenes in MLFTS where he cried got me carried away, he was on spot with all his crying scenes suddenly bursting into tears. He is definitely unbeatable.