thank you for sharing, yes my laugh for the day!

ok another laugh for the day!! 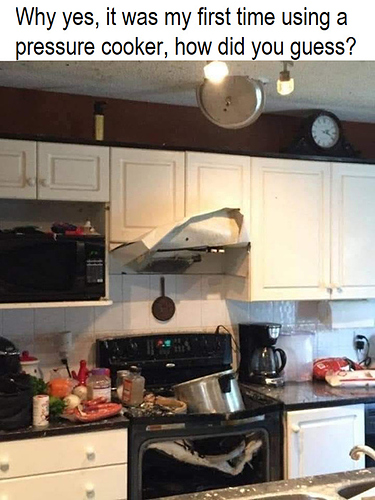 this is the KILLER!! 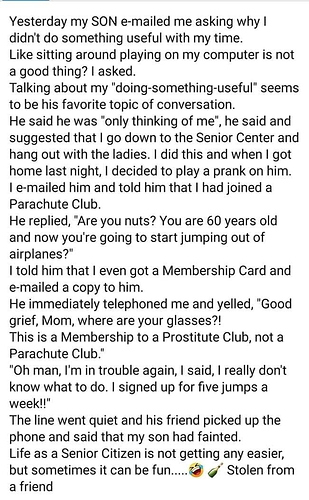 ok another laugh for the day!! 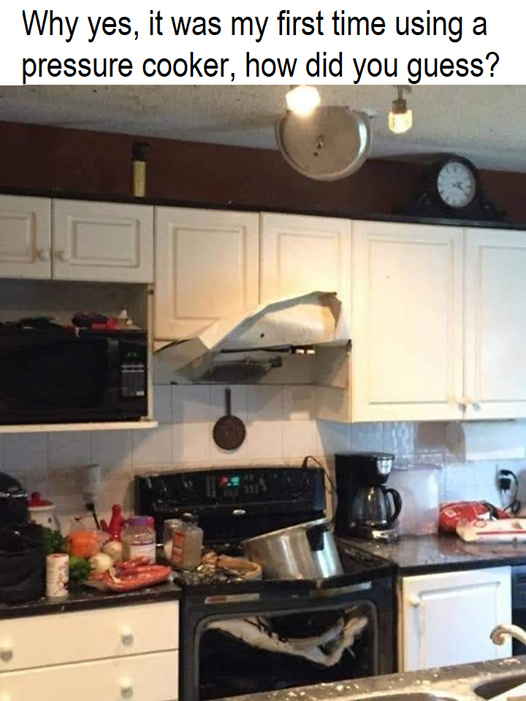 I don’t plan to do any pressure cooking any time soon!

this is the KILLER!!

THAT HAPPENED TO ME ONCE! Not that bad though. It created a huge mess but didn’t break anything.

My house had a kitchen that was open onto a family room. I had a desk on one side where I could keep an eye on the kitchen. I was cooking corned beef and it was merrily cooking along while I was busy at my desk doing something on the computer. Suddenly, that steam escape jiggle valve thingy went silent and I heard an ominous sound. I glanced over and saw that the escape valve was not moving. I thought, “Oh! S#!T” and ducked under my desk just in time in time before the pressure cooker shot that valve off the pot which hit the ceiling and bounced all over. The liquid shot through that steam escape valve and the pot threw itself off the stove and spun in mad circles on the kitchen floor like something possessed. (Or like that girl’s head did in the exorcist). When the pot stopped spinning, I hazarded a glance to make sure it was dead before going over to investigate.

Gad! What a MESS that was to clean up! What had happened was one of those pickling seeds had gotten stuck in the valve, so now I don’t put those in until I add veggies later, once the lid is off.

Oh! For that one where the son thought his mom should do something useful… In this case this was something I wanted to do.

Back when hang gliding was brand new in the 70’s), they had a bunch on display at a mall. I was pushing my son around in his stroller, checking them out, talking to the hang glider owners about lessons, etc. I wanted to go hang gliding so bad but my (ex)husband looked me like I was nuts and absolutely forbade me from even thinking about it. He was really serious about it too. I mean he was almost terrified

that I thought that was a fun thing to do.

He was just no fun!

But he did not like heights, got seasick easily and hated rollercoasters and here I am, and ex-tree climber, a granddaughter of ironworkers who built the bay bridge. NOT afraid of heights at all. Cautious, yes, afraid, no. and my grandpa was from the Azores, 9 islands out in the middle of the Atlantic ocean that you have to sail to to get there.

so no seasick genes.

Yea, I do have a daredevil streak but I am not suicidal. (even though the ex though so.

you were lucky you didn’t get hurt

I know. I ducked FAST! I was more worried about steam burns than anything. but YUCK! I had to get on a ladder to scrub the ceiling and the tops of the cabinets off not to mention the floors and lower cabinets.

I found out today that my car’s radio does not read Korean. I converted a bunch of iTunes to MP3’s because my car’s USB jump setup doesn’t handle iTunes Mp4As very well, they stop and blankout all the time or just don’t even play at all. Most of my songs are from Amazon so they are MP3s but several I could only get from Apple.

So, I just converted the iTunes ones and stuck the drive back in my car’s sound system and took off to do errands today. They played properly but when I tried to select a song alI I saw was a bunch of ??? instead of 한글.

Yea, that really helped me know which song was which.

Now I have to go back and change all the titles to English so I can tell what’s what.

oh my goodness ,what a mess!!

heres laugh for the day 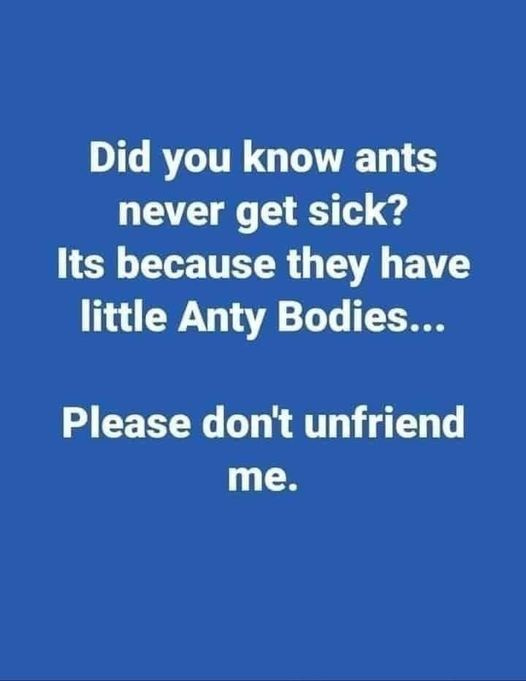 ok everyone4, wonder if anyone paid attention, your laugh for the day, what is the wolf peach? if you don’t know “google it”

what is the wolf peach? if you don’t know “google it”

um… is that a safe thing to do? 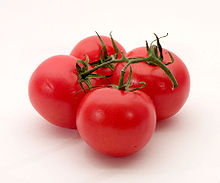 and if you watched sleuth of the ming dynasty, it is mentioned as wolf peach, should have seen what they did with corn!!

this one is an older one, but thought you’d get a laugh from this 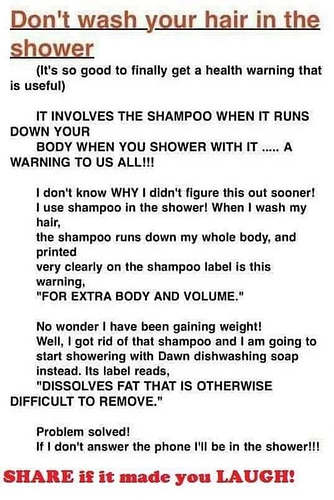 I put this one on twice, so SMILE!!

If only Dawn would remove all his MANTECA! (lard)

Well I was hungry and too lazy to cook an involved meal so I pulled out a pork chop and put the rice on.

Once the rice was cooked, I heated up the pan and put he Ribeye on to cook.

Uh yea. I forgot I got the ribeye last month on sale. It’s been in the freezer till today. (I thought it was pork chop) but I have no fresh (chili) peppers, no fresh onions, no potatoes. What I have is a 20lb sack of calrose…

I guess today I am a meat and rice kinda girl.

Is Gackt your favorite musician?

While writing this I just got the WEIRDEST robo junk call!
“This. is. a. test. mes.sage. Stay.calm.and.stay.home. Thank.you.”

uh-oh… Does this mean I am about to be bombarded by thousands of junk calls? all speaking robo-English?

Is Gackt your favorite musician?

uh-oh… Does this mean I am about to be bombarded by thousands of junk calls? all speaking robo-English?

lol. Oh! Good to know I thought it was the opposite of wakarimasen .
Uh. yea… Yo no habla Japaonais.

I only know food names and whatever I picked up watching old Kurosawa movies.

hmmm There are a few others but that is about the extent of my knowledge of Japanese words.

Oh yea! While saki smells kinda like warmed gym socks, that and tequila are the only alcohols I can drink that don’t make me sick. Of course, being a complete non-drinker, just a sip of those will put me under the table. I have zero alcohol tolerance.

I am a walking kdrama stereotype of those guys who drink just a bit and fall flat on their faces. Yep. That’s me.

Everything ending in -masen is a denial.

Oh yea! While saki smells kinda like warmed gym socks, that and tequila are the only alcohols I can drink that don’t make me sick.

Is that because that smell is so familiar?

Last time I saw the phrase “for your sake” in a subtitle while watching a drama, in my mind I did not see the English word “sake”, but the Japanese word “sake”.