Anybody Else Watching the New "Vincenzo" with Song Joong Ki

well the weekend is upon us, but chin up and all.

You found the new Thread - So I’ll post on Monday after I watch the 1st episode! Yes! I’m excited this is a different type of drama than Vincenzo! 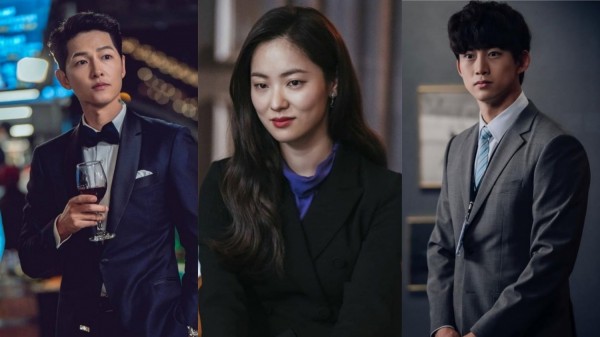 Awww, The Sound Of Music is one of my favorite musicals!!

Awww, The Sound Of Music is one of my favorite musicals!!

everyone, I was watching youtube this morning, and they had something on about Vincenzo, about being close to Italian stuff or not, from mafia to his language, really enlightening!. gotta finish my last two episodes! really interesting, I don’t think there were any "cut downs: . and even some people were pon there that were Italian, and they talked about the Mafia too. again quite interesting!

Navillera, thisa is what I am talking about.

Purple is the color for Alzheimer’s and Dementia Awareness

I am asking everyone to put this on your page… I am pretty sure I know the ones who will. Think of someone you know or love who had or has Alzheimer’s or Dementia. Prayers for all

Please Pray for them and their caregivers

I wouldn’t wish this disease on anyone.

and again is this ok to put on here??

Episode 19 only gets interesting at the end, but worth the boring start and going in circle kdrama syndrome; bc the end cliffhanger makes up for it.

well guys I am "roughing " it this evening, electricity went off, guys next door was kind enouygh to help me with electric cord, they hooked me up to theirs, now YEAAAA canm watch episode 19 this evening and 20 tomorrow!

I though bad weather was only by us. A lot of outage thank goodness not by me either since I hate darkness.

I am doing fine, did watch episode 19, wow awesome. got a good hook up with neighbors.

I am traveling home tomorrow and will watch Vincenzo tomorrow evening! So Long FAREWELL to my favorite PJs

This thread is ENDING SADLY so yes! Please go post that on the Navillera thread I made. My hair is purple and it’s my fav color so post away.

Come and Watch and Discuss "Navillera" with Song Kang - WITH US! K-Dramas

We have a few people who WANT to watch or are CURRENTLY watching or have Already Watched Navillera! I understand we might need some Tissue - Let’s START Monday, May 3rd and plan to watch a Couple of Episodes a week so we can Discuss! [spoiler%20gif] Song Kang learned ballet for this drama! (Went the EXTRA mile) [image] [image] [image] Song Kang and Pa…

You are so blessed to have such wonderful neighbors, and I’m so happy for you. If you can afford it maybe is time to get a generator to be safer. Also, guarantee you won’t miss K dramas fave episodes.

[NO SPOILERS HERE UNLESS YOU ARE A MIND READER]

Done with episode 20 and with all honesty not happy with this ending; which by the way hints for a part 2. Prepare your stomach, and I suggest you don’t eat while watching some parts are nausea bomb . They should keep the k dramas to 16 episodes. I’m honestly pissed off at this episode, writers, they did all I expected they didn’t do in some parts…ugh so pissed grrrrrr…

PS. Translator for grande and vasto (in Italian) used prevalent and vehement, instead of big/ huge and vastly (to a very great extent; immensely).

widespread in a particular area or at a particular time… (Vincenzo said GRANDE which translate to big/immense and even worldwide). He wasn’t talking about evilness in SK only since he was including Italyand other parts of the world). I wonder if we have a vigilante in the making.

So I just got home so I am not reading anything that might spoil it for me!

Please leave this thread with your Vote of 1-10.

Did you think Vincenzo was a “10”? I currently still have it as my #2 after Goblin.

Of course he got a 10 on Vincenzo [(My OK Boy too)] just like with [Innocent Man] SJK did a fantastic job in his role. I loved that one (IM) more than this one though bc the couple had so much chemistry and the story flowed so well. I hope you watch that one too.

Prepare to cry with pain in your heart too; even for the baddy ones. I did and still feeling sad.

Prepare to cry with pain in your heart too; even for the baddy ones.