Who Are You Missing! Who is gone (serving) for 2 years or due back soon!😭

That’s an interesting idea! But if the Hottie is famous, they probably won’t have time.

So… if you just want language help, there are already phone apps to help you with that… And… if you mainly want a hottie, there are apps for that too and many willing men too who may or may not be hotties in real life. Can’t always trust that avatar!

And really… If a guy is THAT handsome, what does he need an app for? All he has to do is walk down the street and women will fall over him.

Me thinks kdramagirl is in the market for a few hotties… preferably those with visible bellybuttons.

I was thinking lesser famous hotties! hahahahahahah! You make me laugh!!! I do, do duolingo. Hangul is so HARD though!

So Khotties are a new thing for me! Started about July 2020

Hangul is so HARD though!

No, Hangul is very easy! Hangul represents the sounds that are made . and batchim is the way that the sounds of the letters are changed when placed in certain circumstances. Consider batchim to be akin to English phonics but more sensible. Korean doesn’t have the crazy spellings that English has. Let me go dig up some links for you! BBL!

Actually no. We are derailing this topic. I’ll post the Hangul links in the language thread. Learning Korean :)

Leave this one for

Who Are You Missing! Who is gone (serving) for 2 years or due back soon!

Zico, formerly from Block B

Zico – former Block B member – was the fourth from the group to enlist on July 31, following U-Kwon’s enlistment in May this year. Zico will be serving his duties as a public service worker. The singer recently released Part.2 of his first solo full-length album “THINKING,” featuring the title track “Being Left.”

You can msg them to me!

All right back to the Topic! Junho is coming home in like 15 days! 2PM💚

Me? I don’t care. Nice to look at but all too often a guy who is that bulked out spends WAY too much time in the gym. I am much more drawn to smart guys with a sense of humor. My guys have to be sharp on the uptake. Good looking is nice eye candy but looks don’t last.

Here you go. Go play with 한국찬 - Hangukchan- He’s doing a live right now on YouTube. He works out.

I like me a WELL rounded guy! Most of these guys only look great for photoshoots. It is hard to keep up all that washboardness but I digress! The kpop stars seem to have to keep pretty toned! Well, they dance so much. I actually ADMIRE how talented Junho is he is a all around talent! And again my 1st kpop love 2PM! Some HARD working guys also! They work very hard at what they do.

I’m so happy that a lot of the kpop guys are now in their 30s. Not always the young 20 year olds.
2pm has a COMEBACK since having a hiatus waiting for our guys since like 2017.
I can’t wait for their COMEBACK.

If you got it - Flaunt it! But I really understand their is way more to these GREAT guys than their ABS!
Smexy - Smart and Sexy 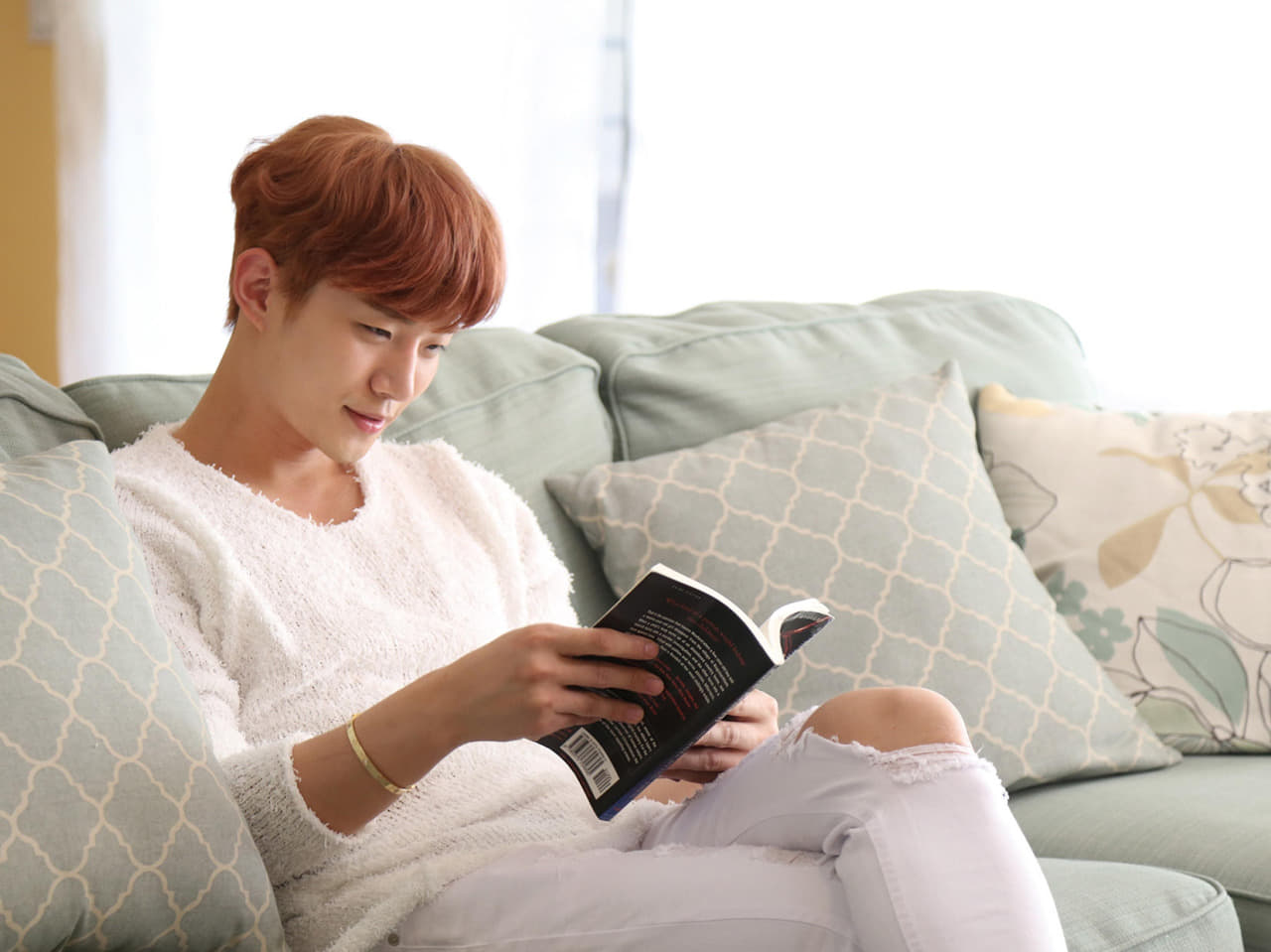 Still trying to figure out what it is about Seonghwa that made me stare at him the first time I saw him. Yes, He’s very handsome but that’s not the reason I stared. There is something about either his expression or his face shape that is an echo reminding me of someone. He does not look like anyone I know now but he echoes someone that I did know in the past. Still trying to figure out who that was… One of these days it will smack me in the head!

I get ya! I totally talk about this all the time! I want to know people who are in my SOUL circle! Like people I feel like I have already known! I click with people like that sometimes. I literally have a posse of kdrama guys that I admire. But I agree with you, for me, there is something about Junho and it is not just that he’s a nice looking guy! I really feel like there is something about him. He is a very talented actor, singer, songwriter, dancer! He is one of the most beautiful lyrical dancers! I noticed him in his kdrama first and then found out about 2pm and I have been listening to their music ever since! This is all in fun! I again believe there is WAY more to them than a pretty face. That is part of his image but some super smart very hard working talent there! And I do find the language, the culture, the S. Korean people to be fascinating and beautiful. I hope that I can visit Seoul soon!

I see their souls and their soul must shine for me to look twice.

and their souls usually shine from their eyes. There are certain guys I can’t help looking at because there is LIFE in their eyes-- and in their full-blown smiles, whether it’s Chen and Joon Gi’s crescent moon smiles or Chanyeol and Xiumin’s all-out gummy ones

Lee Jong Suk was released in January and I’m waiting for his next project. Counting the days till Hong Jong Hyun is released in June. 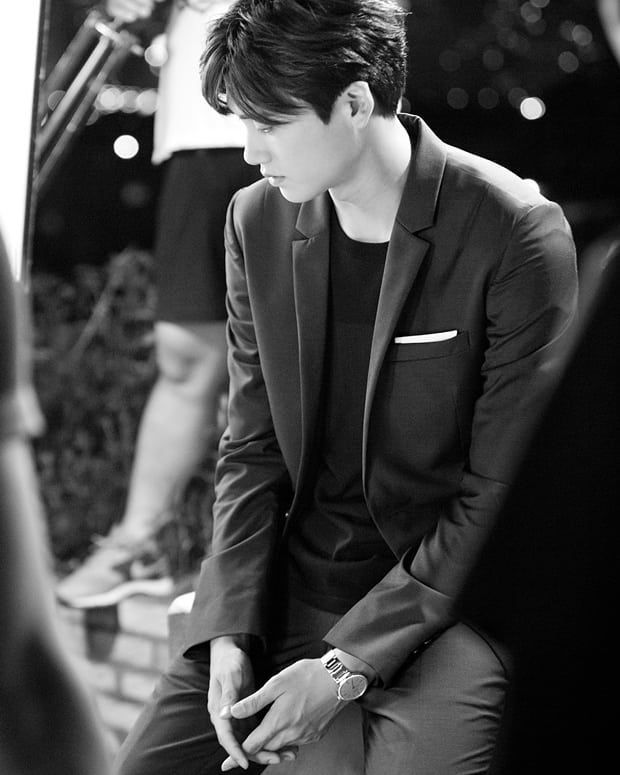 Park Hyung Sik! Please chose a project soon! You just got home and we MISSED you!

I get ya! I totally talk about this all the time! I want to know people who are in my SOUL circle! Like people I feel like I have already known!

You wanna know what’s so freaky It made me doubt my sanity for years? Years ago, 1980. I was reading a history book about events in 1862 that I had not known before. I turned a page and was absolutely floored! As soon as I saw that guy, all I remember was a brilliant flash of light. I have no idea where my mind went for that moment, but when I saw that picture, I KNEW that guy! Not as in ‘wanted to know’, but actually knew him - like you know your friends and relatives! Like what he liked to eat, favorite color, his character as a man, etc. that kind of stuff you only know by actually knowing someone! ‘Floored’ is not a strong enough word for my reaction. ‘Shock’ is a good word. But the weird thing is I have no ‘memories’ of ever living in a past life so I have no idea what all that was about or how I ‘know’ that guy… Totally freaky event. It actually scared the hell outta me for years. 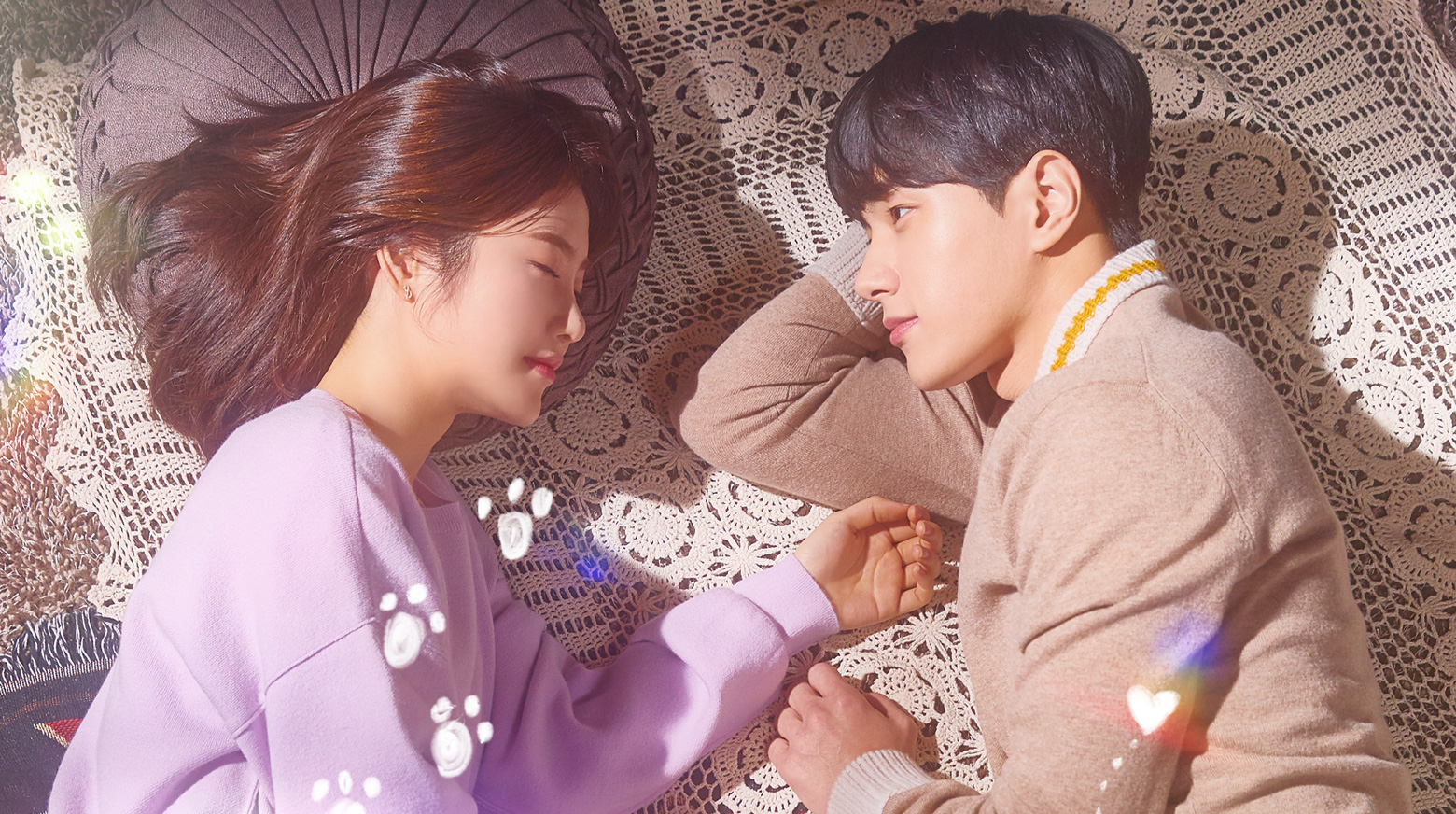 A graphic designer in her mid-twenties, Sol Ah (Shin Ye Eun) harbors dreams of becoming a web-based comic author and has always had a love-hate relationship with cats. But Sol Ah’s life changes fast when she brings home a friendly feline. It turns...

And Seo Kang Joon - I think he recently went in also. 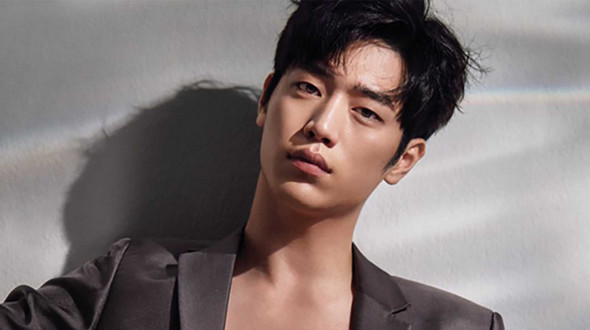 Seo Kang Joon is a South Korean actor and singer. Born on October 12, 1993, as Lee Seung Hwan, he made his acting debut in the 2013 television drama “After School: Lucky or Not.” After a couple of other small roles in “Good Doctor” and “The...

Oh NO! Really! Kim Myung Soo just left (I love him, Infinite) and did Seo Kang Joon really leave?? I had not heard that I can’t find anything about it?? He is another favorite of mine! 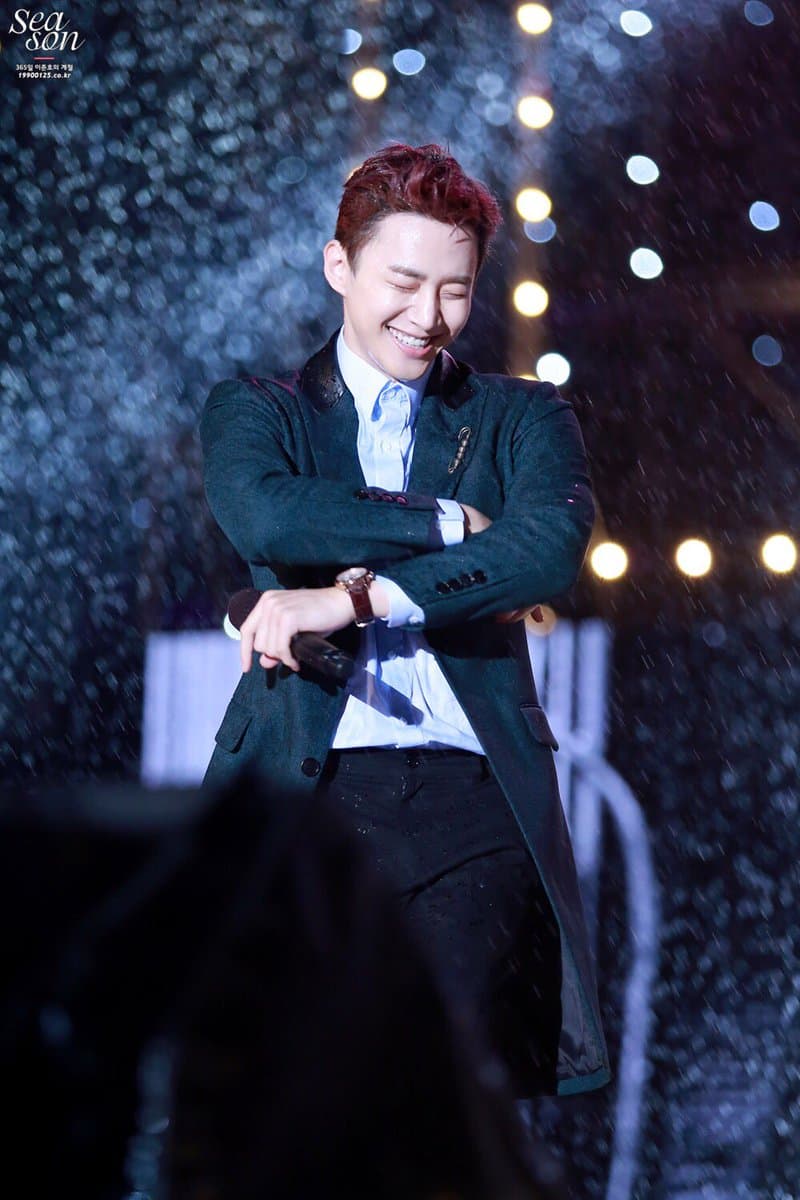 Seo Kang Joon is 27 so he’s right near his enlistment time. I had heard he was going but haven’t seen anything. Someone will pop in with the right info.

According to this. He’s up soon.

LIST: 6 Korean celebrities who are expected to enlist this 2020 or next year -...

Recently, we wrote an article featuring the Korean artists who are set to enlist this May. Now, this article features the celebrities who are expected to serve in the military this 2020 or next year. As dictated by the revised law in 2018, male... 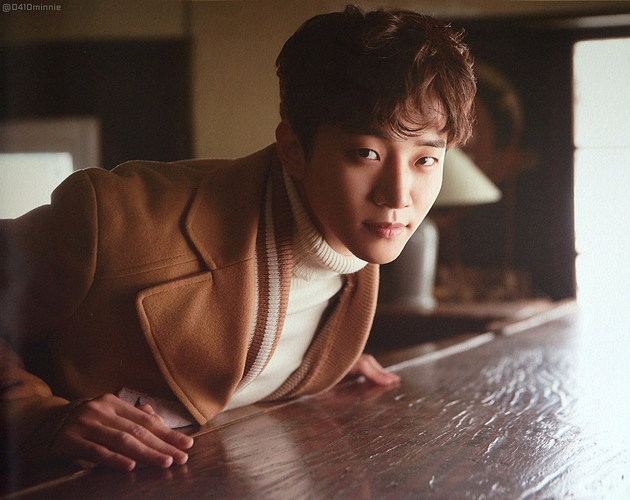 OHmYGOODNESS WE’RE GOING TO SEE PRINCE PHS??!! wowwww I can’t waitttt to see him in all that silky glory!